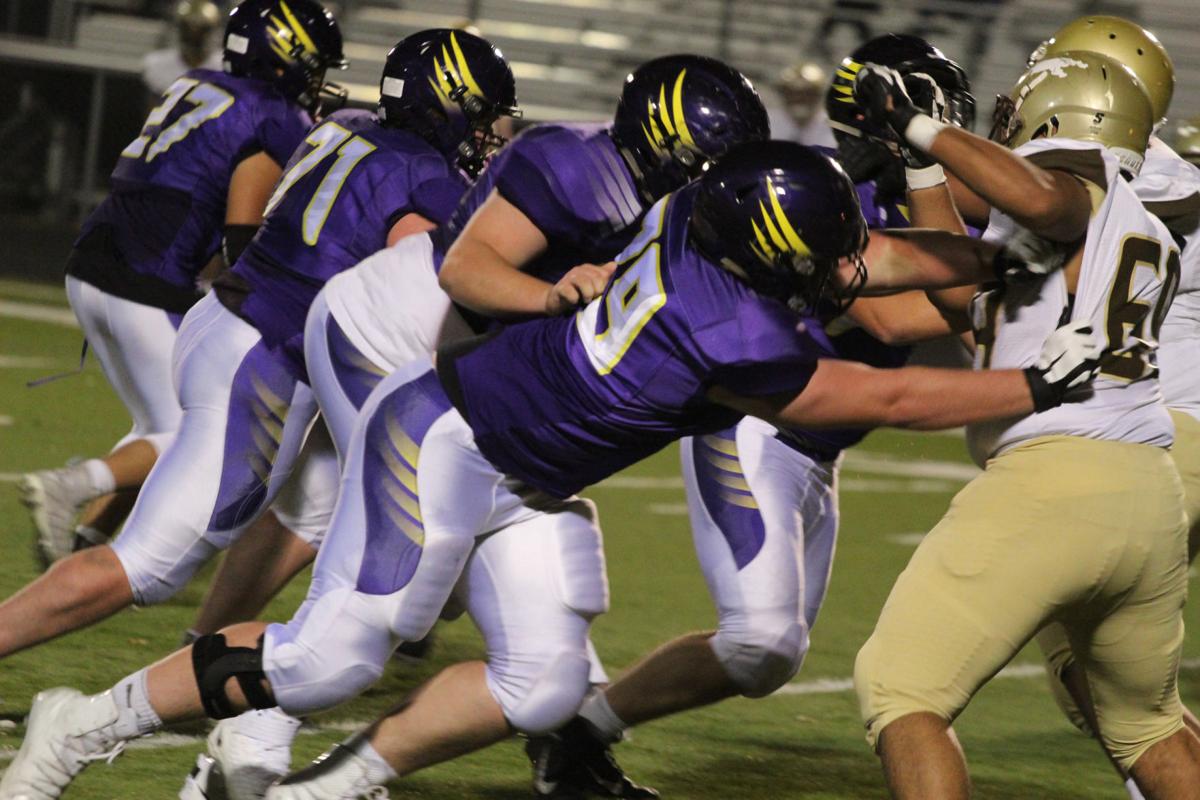 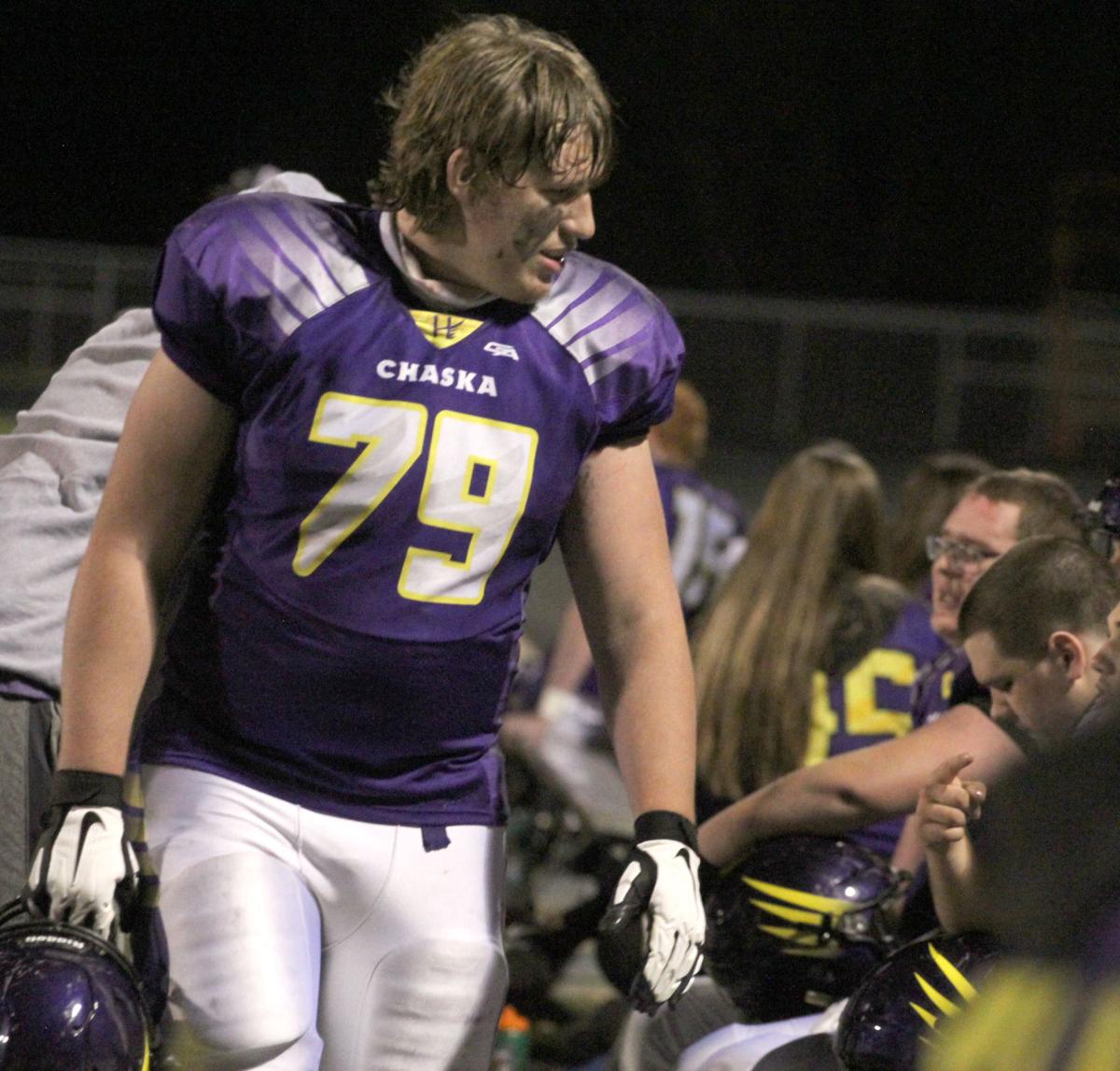 Chaska’s Hunter Brackee walks up and down the bench area, chatting with fellow offensive linemen in the second half of a 44-0 win over Apple Valley Nov. 6. 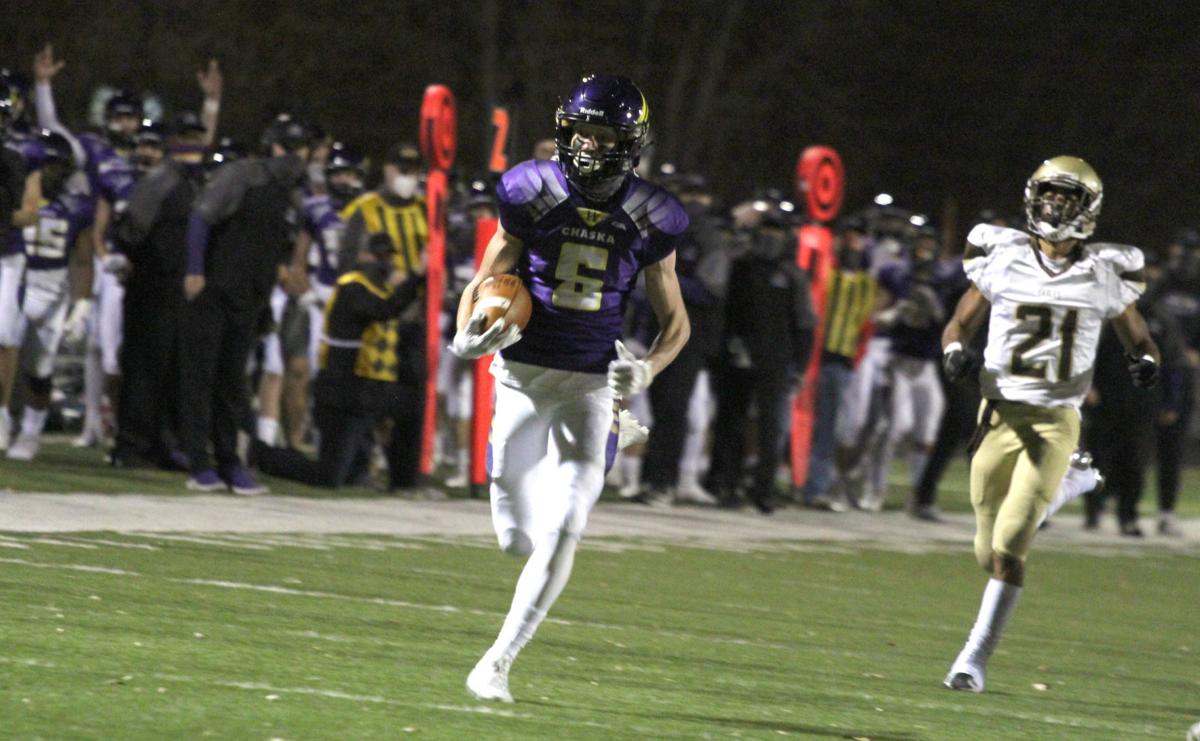 Chaska's Zach Schaffer is smooth sailing into the end zone for a pick-six touchdown, giving the Hawks a 20-0 lead in the second quarter. 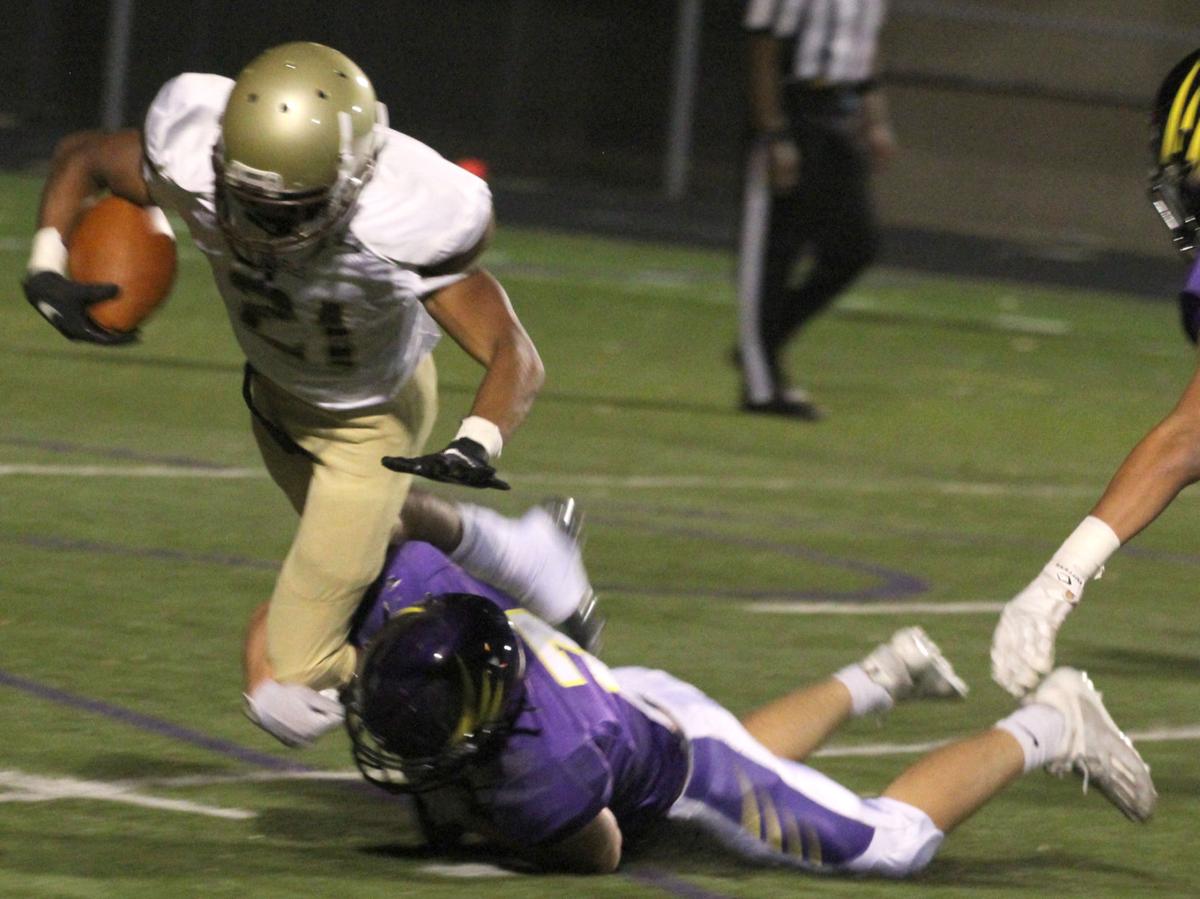 Chaska's Grant Sussner makes the tackle in the backfield for a loss on the play.

Chaska’s Hunter Brackee walks up and down the bench area, chatting with fellow offensive linemen in the second half of a 44-0 win over Apple Valley Nov. 6.

Chaska's Zach Schaffer is smooth sailing into the end zone for a pick-six touchdown, giving the Hawks a 20-0 lead in the second quarter.

Chaska's Grant Sussner makes the tackle in the backfield for a loss on the play.

One of two starters returning to a defense that led Chaska to a state championship in 2019, the two-way lineman still looked for a way to make an impact.

Every offensive line huddle, Brackee was there to encourage. For a Chaska team with five all new starters upfront, his presence in nurturing two sophomores, was key to opening wins over St. Louis Park and Robbinsdale Armstrong.

"I just wanted to go in and play, but there's nothing you can do. It was me thinking what can I do better when I get back in there. ... There's a lot of how can I get better? And how can I help my teammates around me to get better? Brackee said.

"For me, it was about making sure these guys understood the difference between a JV game and varsity. Everyone's bigger. The game is faster. It's how you can handle that and understand what's going on around you that will determine whether you can do your job moving forward. ... These guys are five games in now. They know what they're doing now. It's just about finding that consistency. That's so huge at this level," he added.

Brackee, back for his second game, Chaska coming off its first in-season two-game losing streak since 2011, was part of an offense that scored on its first four drives.

"I feel I played better tonight. My endurance still isn't there. I thought I played well both games, but I could sense improvement tonight. Maybe it was the opponent. Chanhassen definitely was a good team. But I feel like I'm getting back into the swing of things," Brackee said.

It was a dominating performance on both sides of the ball. Chaska's defense took the ball four times, including pick-six interceptions for scores from Zach Schaffer and Nolan Kemp. Jack Frick also picked off a pass before halftime while a fumble recovery set-up a Hawks score.

Offensively it was easy at times. Jack Boyle reached the end zone from 39 yards out for the first touchdown. Dewandis Youmans, the game's leading rusher with 66 yards, made it 14-0.

A pair of one-play drives off a turnover and a short punt increased the second-quarter lead to 34-0, a 22-yard pass from Matthew Paul to Ethan Bachmann, and a 17-yard run from Brayden Sanders.

Nic Snuggerud's 25-yard field goal before halftime had both coaches agreeing to running time for the entire second half at 37-0.

For Brackee, he was met post-game by his mother, Melissa. Missing was the comedian of the family. The larger than life figure, who could be heard cheering on Hunter whether he was on the football field, or on the wrestling mat.

Hunter following in his father's footsteps. Lance was a three-year starter at Dartmouth when the Big Green claimed the Ivy League title each year and set numerous scoring, rushing, and passing records. Lance was named to the first-team All Ivy team twice.

"He taught me when I'm out on that field playing any sport, or really anything in life, go out there and let loose. Don't overthink things. Don't wonder if you can really do something. Have the mindset of pushing forward, doing your job the next play, Brackee said.

"When I walk off the field and I look in the stands and he's not there, I know he's here (pounding his chest). Every time I stick my hand in the dirt, that's for him. That's for everything he taught me," Brackee added.

Chaska, with a final regular season game Nov. 11 at Bloomington Jefferson (1-4), likely secured a home playoff game, which starts on Nov. 17 with the quarterfinals with remaining dates Nov. 21 and either Nov. 27 or 28.