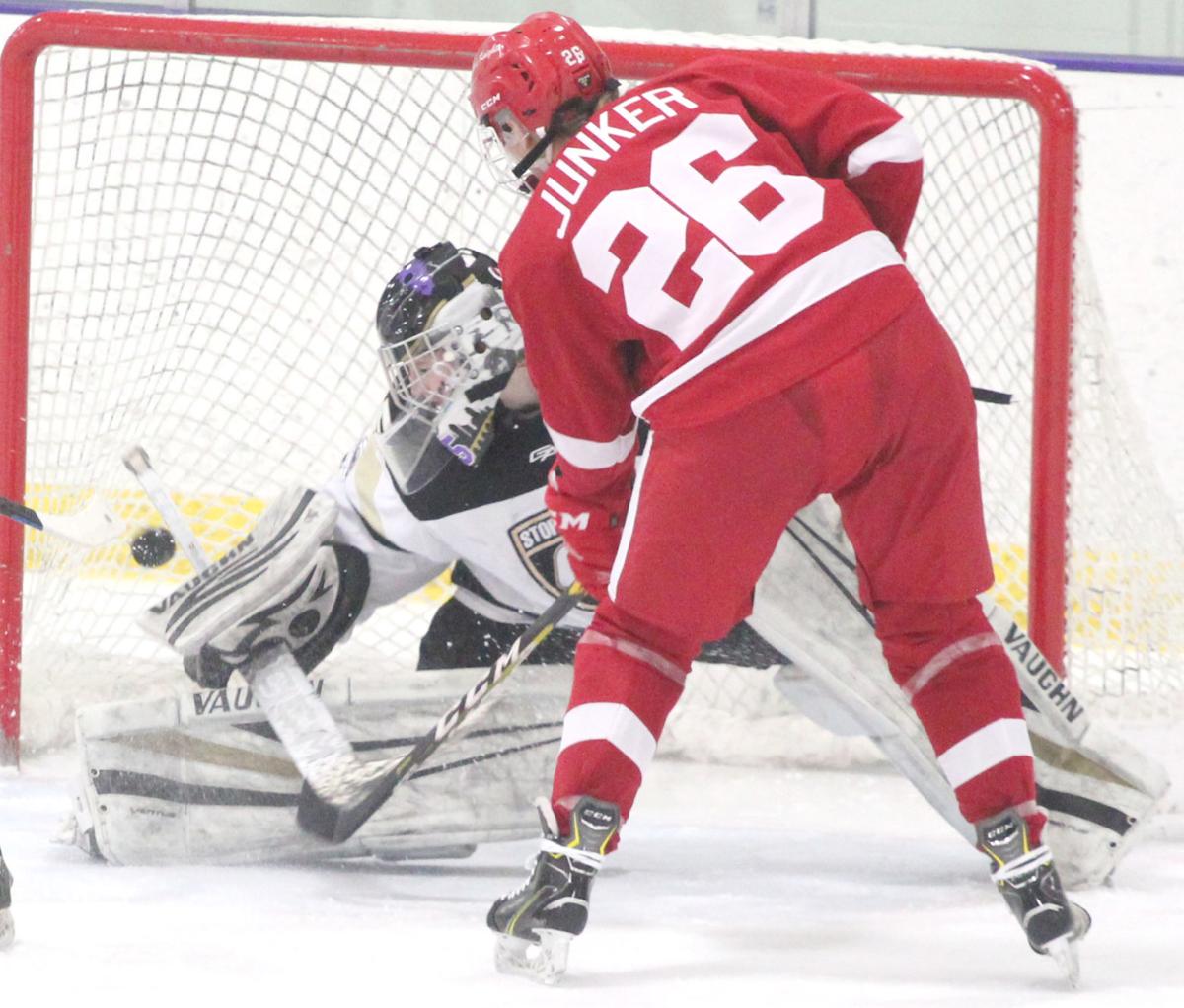 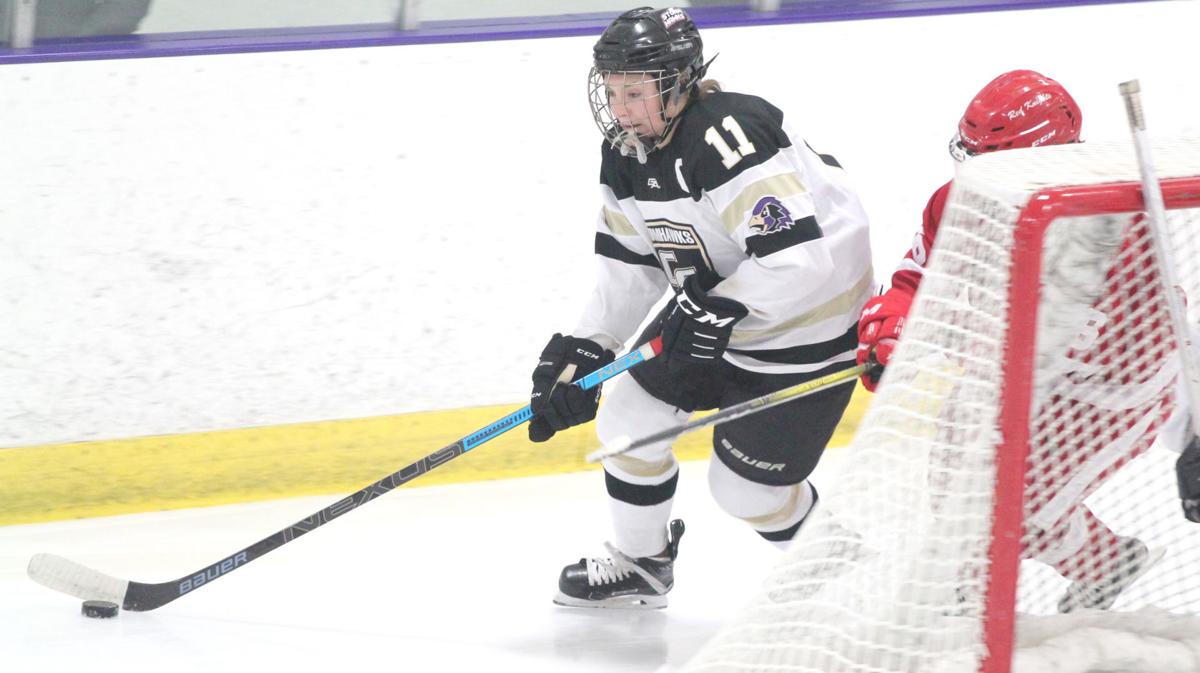 Chaska/Chanhassen’s Abby Nelson, one of two seniors on the team, circles the home net in breaking the puck out of the defensive zone. 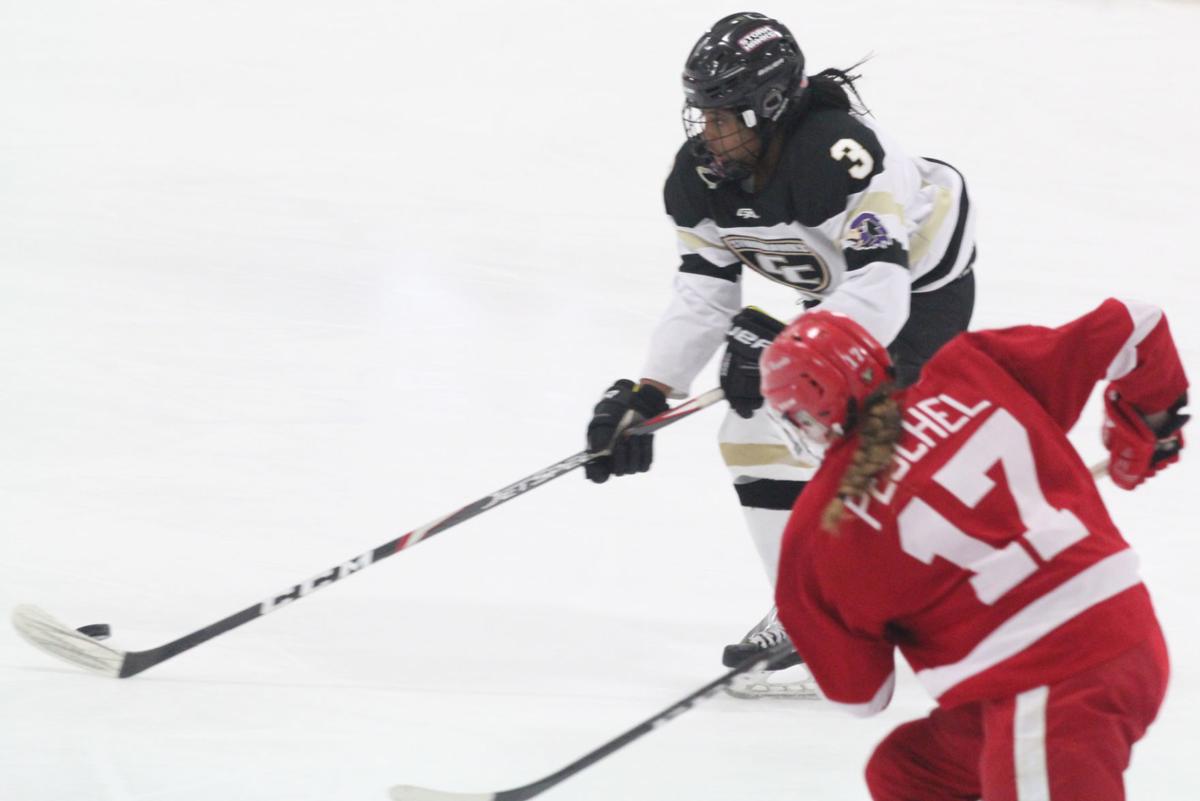 Katelyn Roberts skates in ahead of the Benilde-St. Margaret defender before a whistle is blown for a tripping call on the Chaska/Chanhassen skater. Roberts scored on the same play, sans a whistle, in the second period.

Chaska/Chanhassen’s Abby Nelson, one of two seniors on the team, circles the home net in breaking the puck out of the defensive zone.

Katelyn Roberts skates in ahead of the Benilde-St. Margaret defender before a whistle is blown for a tripping call on the Chaska/Chanhassen skater. Roberts scored on the same play, sans a whistle, in the second period.

Outside of the first few minutes, Tuesday's Metro West Conference contest between host Chaska/Chanhassen and Benilde-St. Margaret was as lopsided as it gets.

Yet when Katelyn Roberts stole the puck from a Benilde-St. Margaret defenseman, going in all alone for a bar down goal, drawing the Storm Hawks within 2-1, there was hope.

Benilde-St. Margaret, winners of 12 games this season, though, pulled away, wearing down Chaska/Chanhassen with five unanswered goals in a 7-1 final at Chaska Community Center.

Olivia Haag's breakaway goal off the pads of Storm Hawk goaltender Olivia Rinzel as time expired in the second period opened the floodgates for the Red Knights.

Mary Zavoral, who opened the scoring just 34 seconds into the contest, finished with the hat trick with the final shot totals 46-20 in favor of Benilde-St. Margaret.

Chaska/Chanhassen lost 2-1 to the Red Knights in the Mid-Winter Meltdown in Eden Prairie on Dec. 27.

Early chances somehow turned away by Red Knight goaltender Carly Greene, Chaska/Chanhassen seemed to have a chance at a tying goal down 1-0 with Roberts grabbing the puck at the blueline and starting to skate in all alone.

A whistle for tripping -- the Red Knight defender instead had losing an edge -- set-up Benilde-St. Margaret with a power play. One they capitalized for a 2-0 advantage through one period.

Rinzel made 35 saves through two periods, 39 for the game for Chaska/Chanhassen (6-8-2), which travels to play Dodge County in Kasson on Friday, Jan. 10.

Kayla Woytcke scored twice as Holy Family Catholic improved to 5-0 in the Wright County Conference in a 4-0 home win over Litchfield/Dassel-Cokato on Jan. 7 in Victoria.

The Fire outshot the Dragons 62-14 with Sedona Blair posting the team's seventh shutout.

Caitlin Rock and Briar Charchenko also posted goals for No. 4 Holy Family Catholic, which have won 11 of the last 12 games and are 14-3 overall.