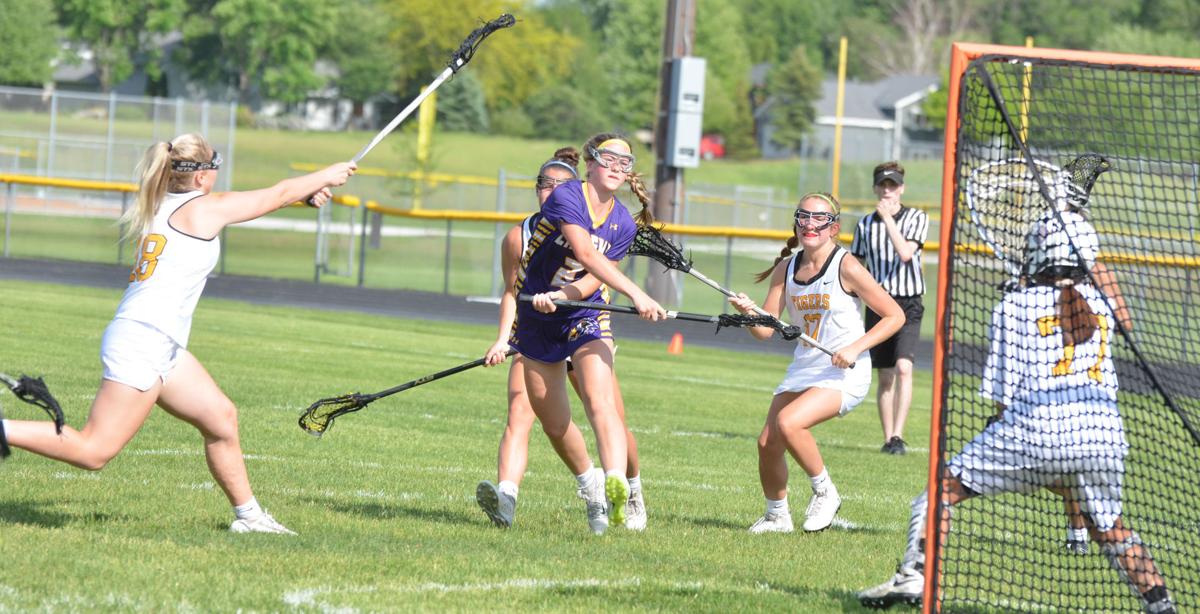 Chaska’s Kennedy Sanders scored a team-high four goals in a Section 2 quarterfinal at Hutchinson on June 3. 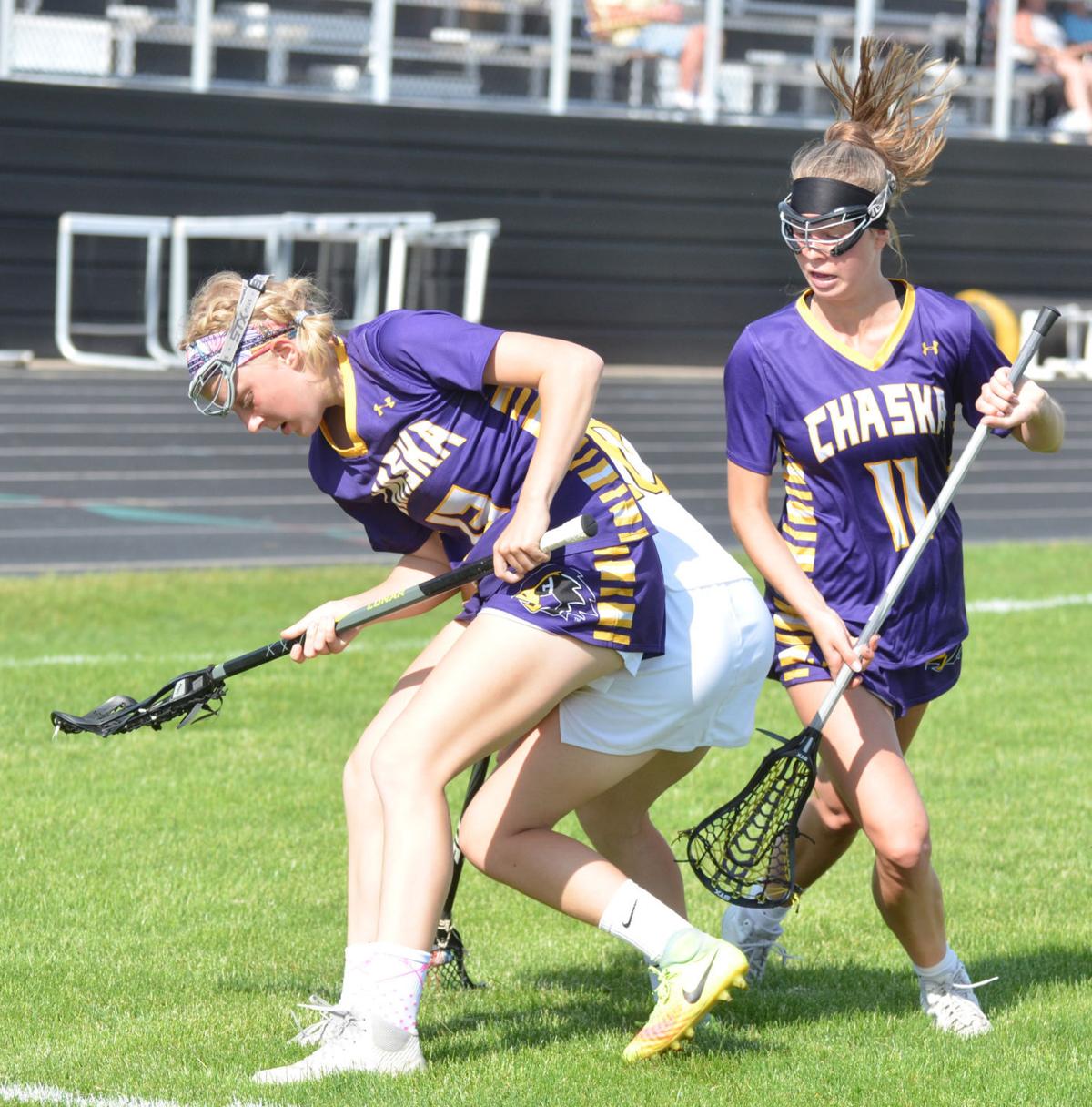 Sydney Joos and Jenna Davis fight for possession in the offensive zone for Chaska in a Section 2 quarterfinal game with Hutchinson on June 3. 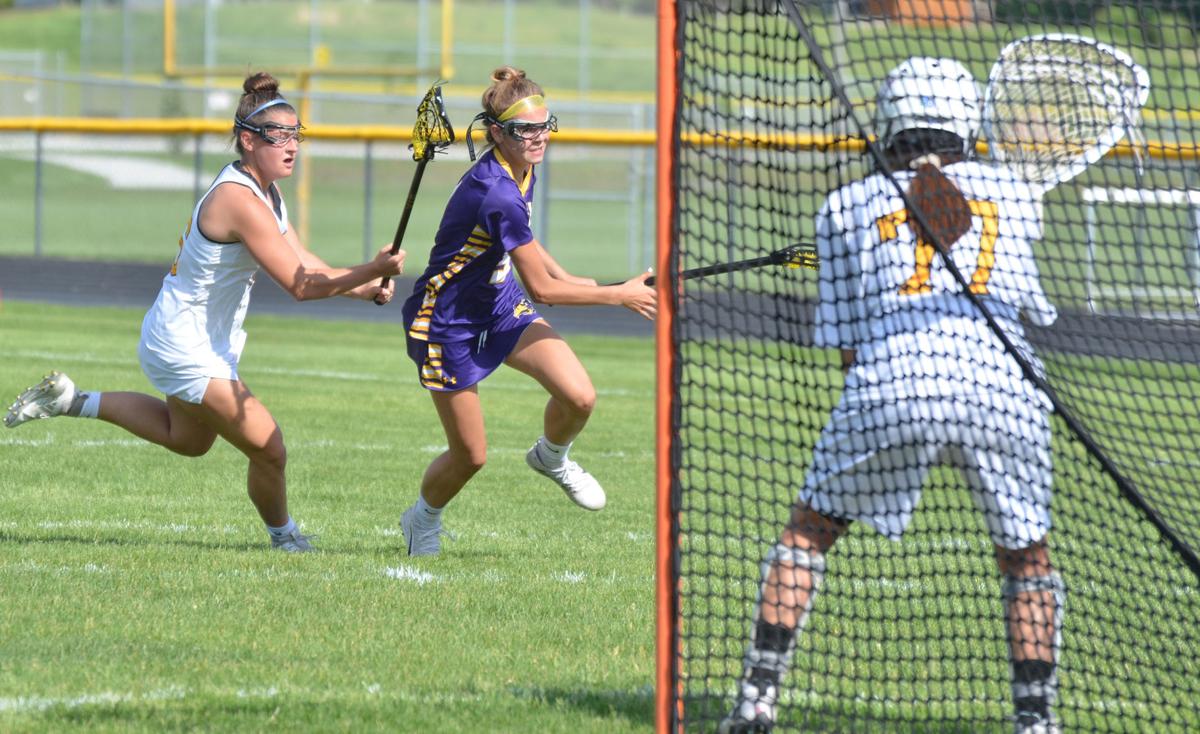 Josie Lakosky gets past the Hutchinson defender for a shot on goal in Chaska's second-round playoff game on June 3.

Chaska’s Kennedy Sanders scored a team-high four goals in a Section 2 quarterfinal at Hutchinson on June 3.

Sydney Joos and Jenna Davis fight for possession in the offensive zone for Chaska in a Section 2 quarterfinal game with Hutchinson on June 3.

Josie Lakosky gets past the Hutchinson defender for a shot on goal in Chaska's second-round playoff game on June 3.

Twenty-five minutes in, Chaska's offense was able to do just about anything it wanted in a Section 2 lacrosse quarterfinal at Hutchinson. Scoring 11 times, holding a three-goal advantage at the fourth-seeded Tigers.

The last 25 minutes, though, belonged to Hutchinson, which outscored the Hawks 8-3, winning 16-14 to advance to Monday's semifinal round.

Hutchinson star attack Maddy Seifert netted nine goals on 14 shots. The Tigers used a 6-0 run over a 16-minute stretch to begin the second half for a 14-11 lead.

Kennedy Sanders led the Hawks with four goals with Ella Long providing a hat trick as well. Josie Lakosky and Raegan Pluth each found the net twice as well.

Alia Reiger stopped 13-of-27 attempts for Hutchinson, which is 12-2 on the season.

Chaska got nine saves from Megan Jirele with Sanders and Lakosky leading the team with eight and six ground ball pick-ups.

The Hawks posted 11 wins on the season; matching the 2015 season for the most wins since a split with Chanhassen in 2011.

Hutchinson is at top-seeded Chanhassen at 7:30 p.m. on Monday, June 7.

Gabby Bjugan and Bethany Velasco recorded career games, finishing with 11 and eight points, respectively, in top-seeded Chanhassen's 21-10 win over Shakopee in the Section 2 quarterfinals on June 3.

The Storm host Hutchinson at 7:30 p.m. on Monday, June 7 in the semifinals.

Welcome to the big show.

Southwest Christian, in just its second year of varsity competition, made huge strides in 2021, winning 11 matches. None, though, came against a program of the caliber of Minnetonka.

The second-seeded Skippers ended the Stars' run in the Section 2 quarterfinals with a 22-3 final on June 3.

No statistics were available.

It was the 11th win of the season for Minnetonka, which hosts rival Eden Prairie in the semifinal round at 7 p.m. on Monday, June 7.