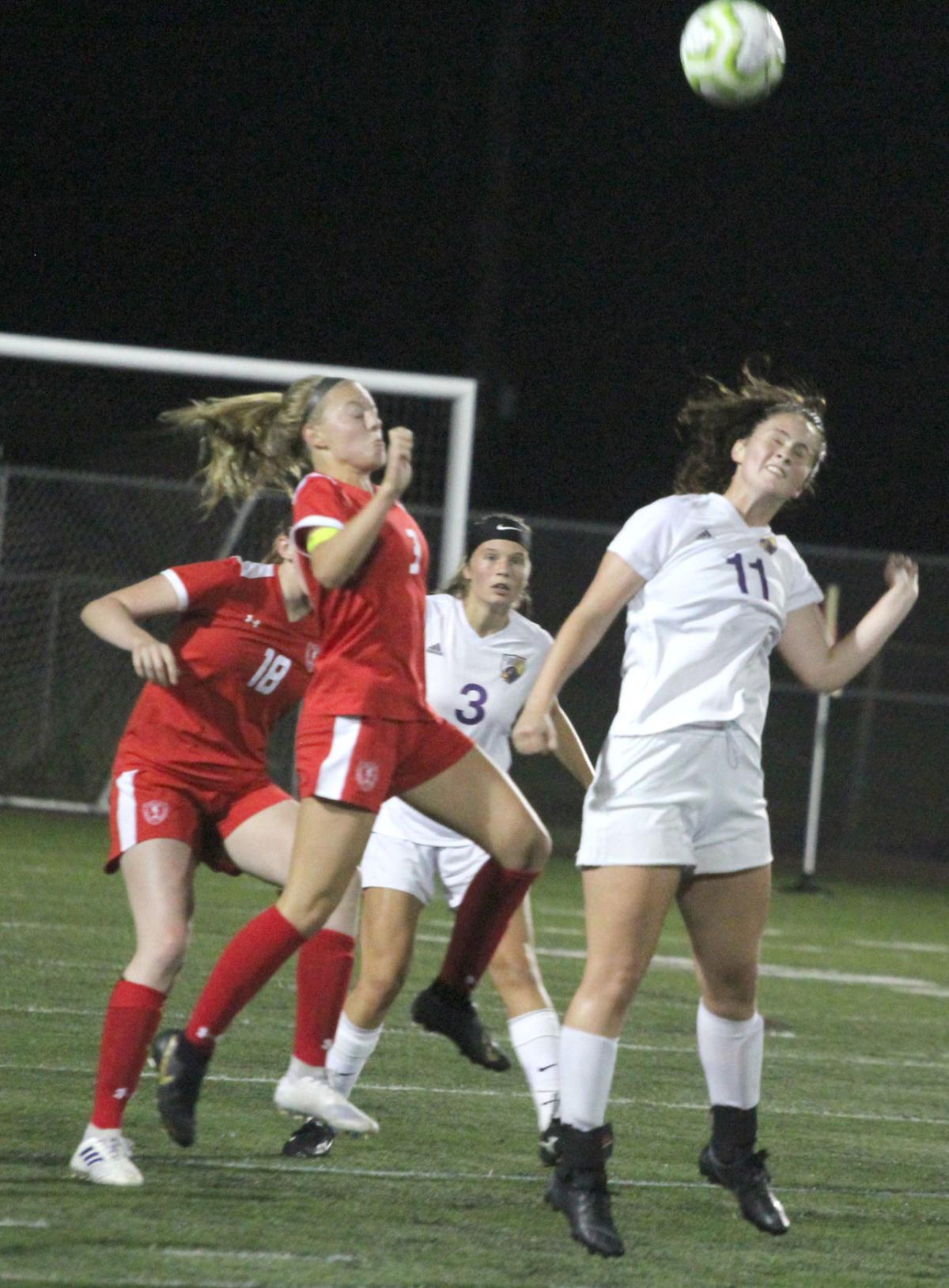 Alex Peterson heads the ball upfield for Chaska in a 2-0 loss at Benilde-St. Margaret Sept. 12. Peterson just missed a tying goal in the second half on a free kick, the ball hitting the crossbar. 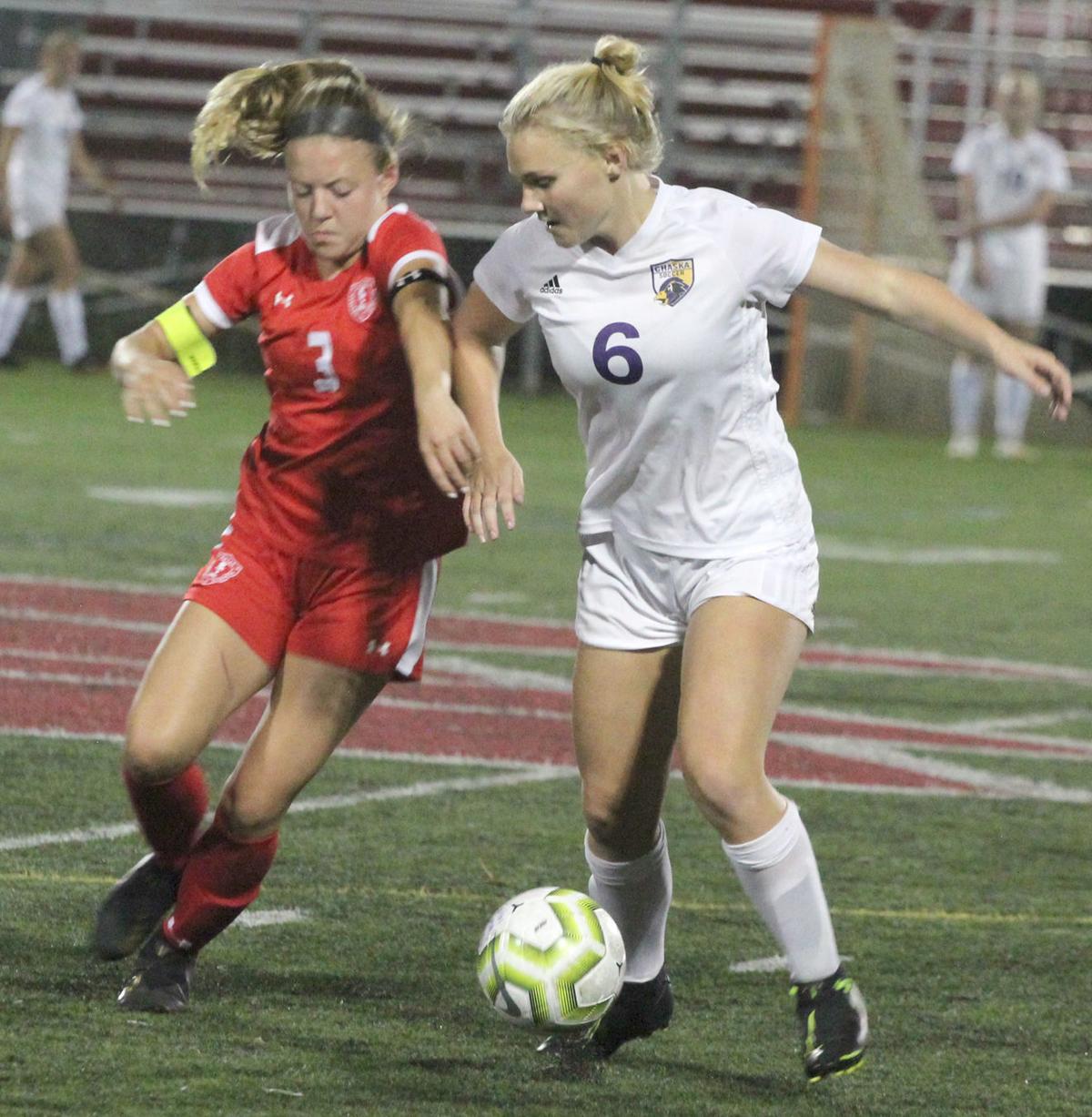 Morgan Stuhr of Chaska battles for the ball with a Benilde-St. Margaret captain in the second half of the Red Knights' 2-0 win Sept. 12.

Alex Peterson heads the ball upfield for Chaska in a 2-0 loss at Benilde-St. Margaret Sept. 12. Peterson just missed a tying goal in the second half on a free kick, the ball hitting the crossbar.

Morgan Stuhr of Chaska battles for the ball with a Benilde-St. Margaret captain in the second half of the Red Knights' 2-0 win Sept. 12.

Down a goal, Chaska pushing for the equalizer, Alex Peterson's free kick clanked the crossbar.

After a 10-minute stretch in which the Hawks looked ready to breakthrough with a goal, host Benilde-St. Margaret instead added an insurance tally, a 2-0 final Sept. 12.

Ava Wagener tapped in the ball into the open net after a long goal boot bounced through the Chaska defense for the second Red Knight goal in the 77th minute.

Metro West Conference leader Benilde-St. Margaret took the lead in the first half on a goal from Elizabeth Dietzen.

Chaska is now 2-1 in the Metro West Conference, tied with St. Louis Park, a half-game behind the Red Knights.

Chanhassen recorded its second victory, the first in three tries against Metro West Conference opponents, in a 1-0 home win over Bloomington Kennedy Sept. 12.

Freshman Grace Fogarty tallied the winning goal for the Storm, her second score of the season.

It was the third consecutive shutout for Chanhassen (2-6-1).

Jelena Zbiljic scored twice, leading Minnetonka to a 5-0 road win at Buffalo on Sept. 12. The Skippers are 3-1 in the Lake Conference, a game behind St. Michael-Albertville, who beat Edina.

Zbiljic opened the scoring for Minnetonka in the 25th minute. Catherine Moore, coming off a lost junior season with a knee injury, scored her first goal of the season off a corner kick.

Tatum Starita added her first varsity goal at 3-0 in the second half, adding an assist on the header from Marli Bertagnoli. Zbiljic finished the scoring on a penalty kick goal.

The game was called at halftime.

Southwest Christian is 5-2 into Saturday's 3 p.m. contest at Mound-Westonka.