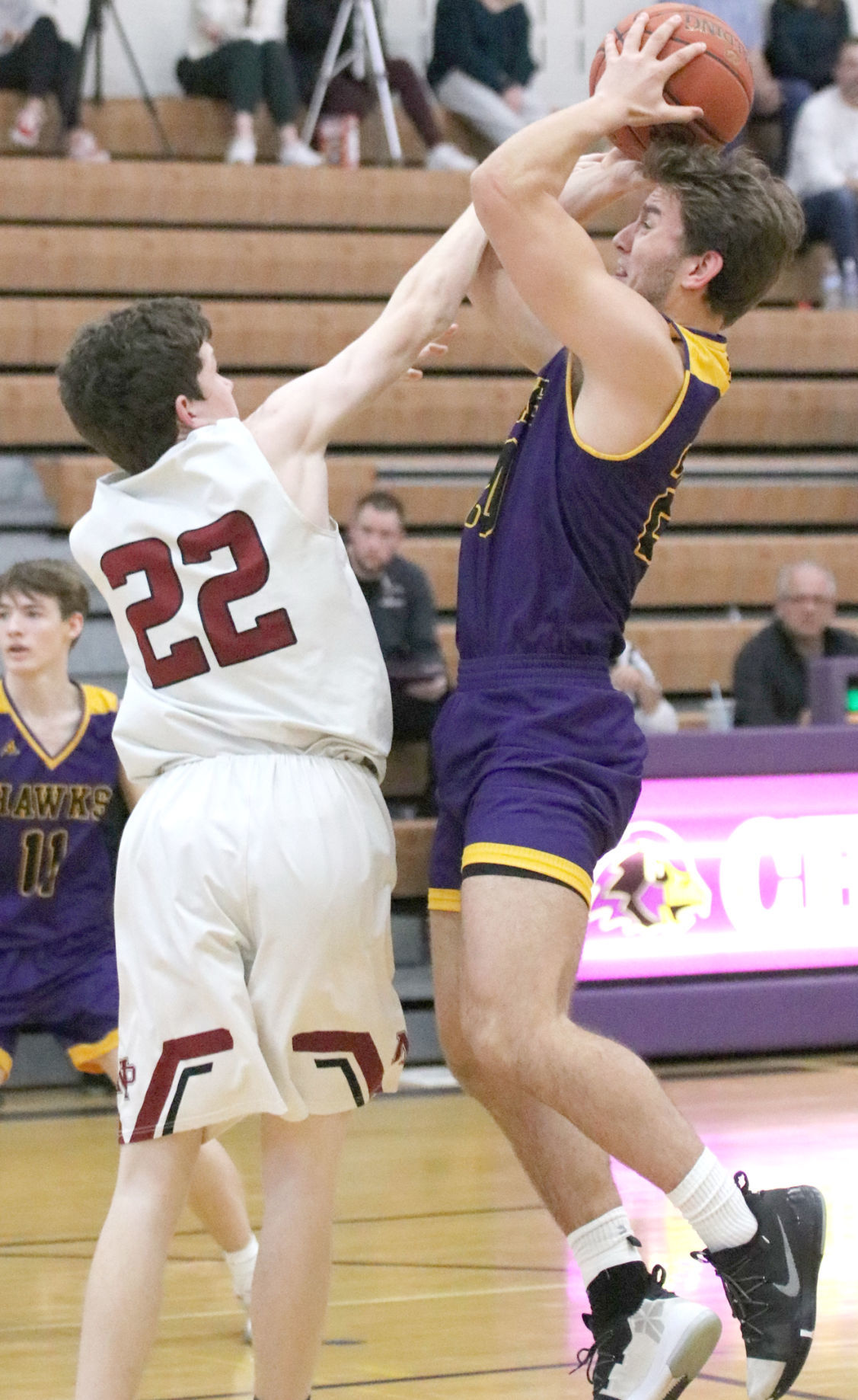 Chaska senior Colden Dodds, out most of the last two seasons with injuries, scored his first varsity points on this field goal late in the Hawks' win over New Prague. 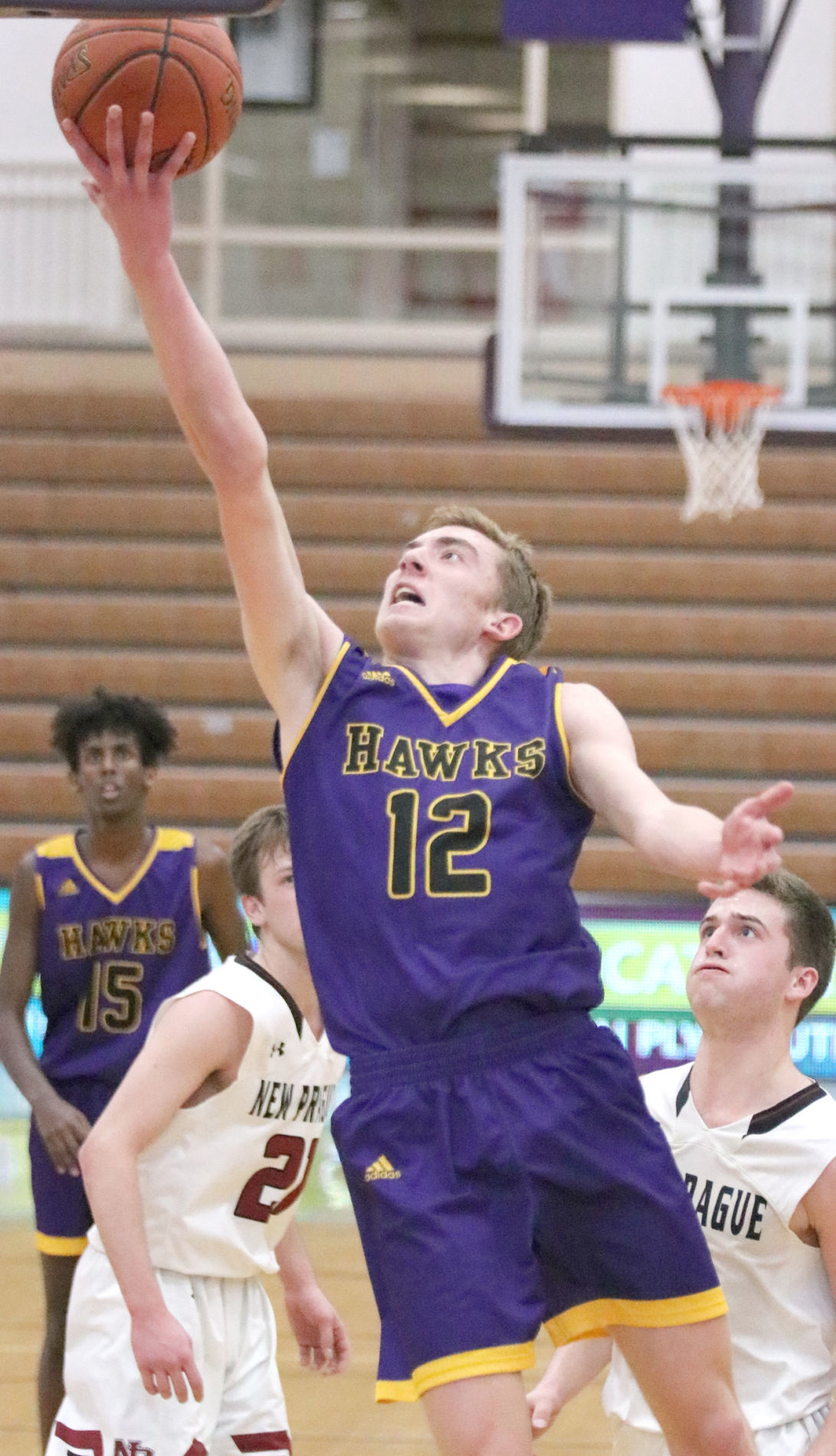 Chaska's Luke Strazzanti drives in for two points in a win over New Prague on Feb. 24.

Chaska senior Colden Dodds, out most of the last two seasons with injuries, scored his first varsity points on this field goal late in the Hawks' win over New Prague.

Chaska's Luke Strazzanti drives in for two points in a win over New Prague on Feb. 24.

Chaska boys basketball continued to pile up in the wins column, the 22nd victory in 25 games, a 61-43 decision over New Prague in a non-conference game Feb. 25.

Zach Lea was the top scorer for the Hawks with 15 points followed by Mahad Faisal and Brady Nicholson with 12 each and Luke Strazzanti with 11.

Senior Colden Dodds recorded his first basket for Chaska in the closing minutes as well.

Parker Johnson was the game's leading scorer with 21 points for the Trojans.

Chaska, 10-1 in the Metro West Conference, concludes the regular season schedule at home on Friday, Feb. 28 versus last-place Benilde-St. Margaret. A win secures the league title outright; a loss leaves Chaska in a tie with Robbinsdale Cooper.

Career nights from Vince Manuel and Mike Shea, Chanhassen improved to 4-7 in the Metro West Conference in a 69-57 home win over Bloomington Kennedy Feb. 24.

The Storm, 6-19 overall, can clinch a fourth-place league finish with a win over Bloomington Jefferson on Friday, Feb. 28.

Chanhassen and the Jaguars have split this season, the rubber match likely giving the winner the No. 7 seed in Section 2-4A, thus avoiding top-ranked and unbeaten Eden Prairie in the opening round of the playoffs.

A three-point lead at halftime, 31-28, Chanhassen pulled away behind Manuel, who netted 19 points, and Shea, who finished with 16.

Ben Giles was also in double figures with 12 points for the Storm with Adam Strobel adding eight.

A week away from QRF seeding in Section 5AA, Holy Family Catholic sealed one of the top eight seeds, a 74-47 dismantling of Providence Academy Feb. 24.

The two teams are eighth and ninth in the 13-team section standings.

Holy Family Catholic was on fire in the first half, leading 47-13 at the break.

Boden Kapke netted a career-high 17 points followed by Nick Hendler with 13 points for the Fire.

Jimmy Fafinski was the lone Lion in double figures with 11 points.