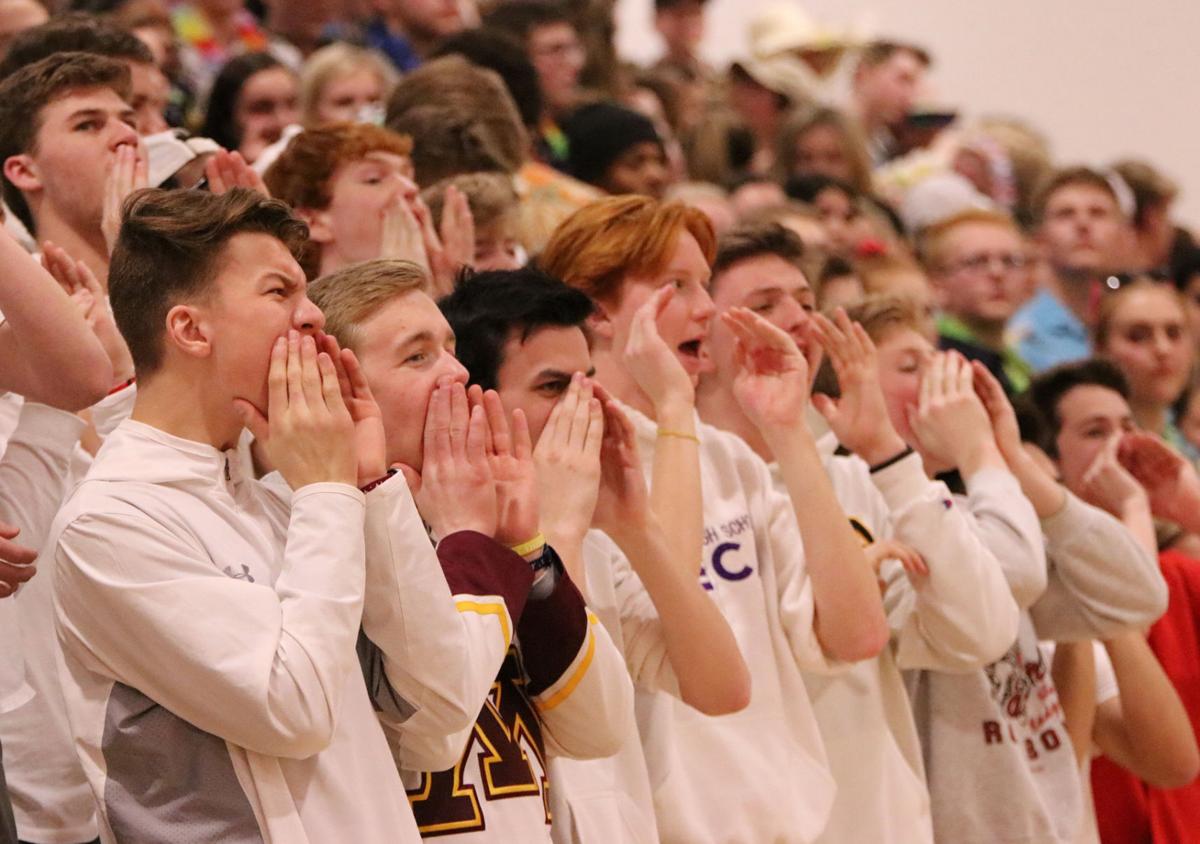 The Chaska student section tries to will the Chaska Hawks boys basketball team to victory in a 2019 post-season contest. 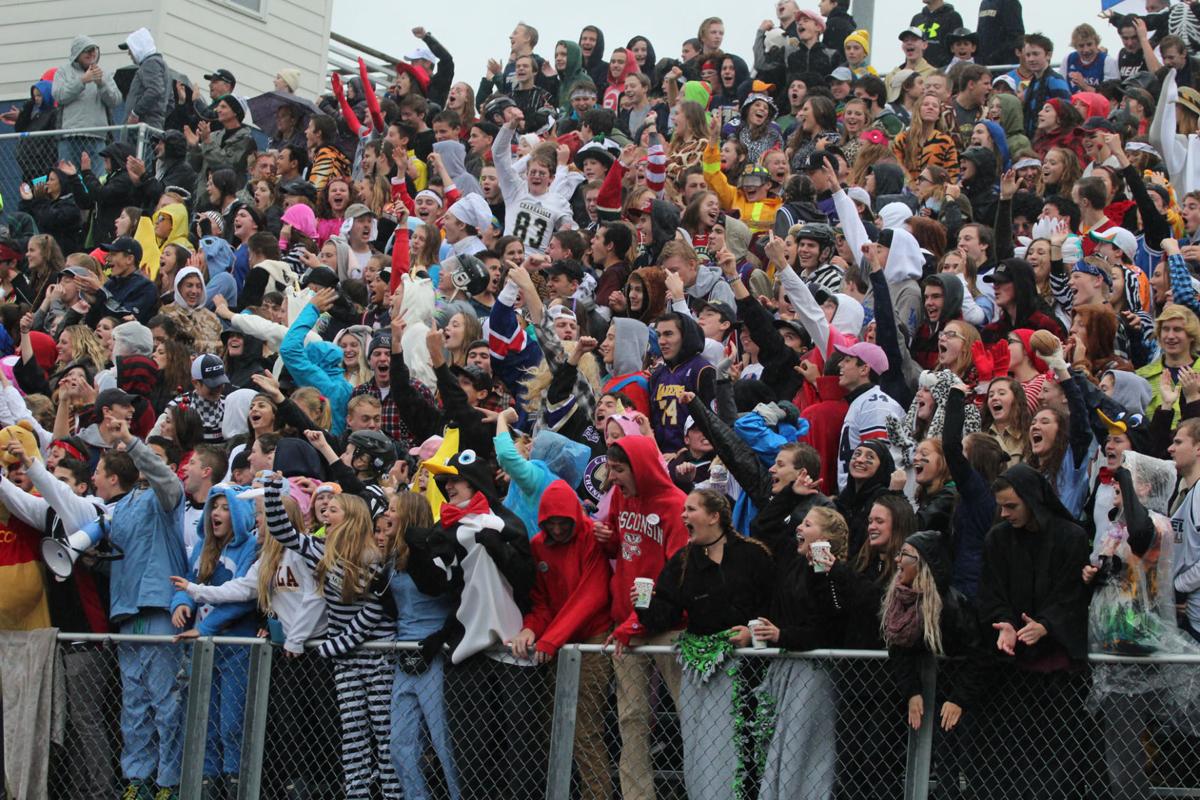 The Chaska student section tries to will the Chaska Hawks boys basketball team to victory in a 2019 post-season contest.

Across high school athletic conferences, administrators and coaches have been meeting, looking for the right way to host fall events in soccer, tennis, cross country and swimming and diving.

Using guidelines from the Minnesota State High School League and Minnesota Department of Health, procedures are in place as events begin as early as Aug. 25 for girls tennis, and Aug. 27 for soccer matches.

"We don't have as many numbers issues as the Lake or Metro West conferences because of school sizes in the Wright County. In our conference, the west (division) looks a lot different than the east. It's more business as usual for them," Nick Tibesar, Activities Director at Holy Family Catholic High School said.

We're following the guidelines from the state, developing a general understanding among our teams and our league. What we don't want is having a family need to know how to follow seven different procedures. We are looking at one consistent approach," he added.

With that in mind, the Metro West Conference, home to Chaska and Chanhassen high schools, have developed policies for soccer doubleheaders, a voucher system for each varsity team. The Lake Conference has done the same.

Girls swimming and diving will not allow spectators in the pool area in either the Lake or Metro West conferences. Many pools are located in school buildings, something the MSHSL acknowledged as a deterrent for allowing fans in the stands.

Swimming and diving is the only indoor sport allowed to participate this fall.

"You may have one team on the pool deck, and the other team physically distant in the fan section. We've received a lot of guidance about what a meet will look like from the Minnesota State High School League. There will be more time between races. Even a relay will look different. No longer are all four swimmers allowed in the blocks area at the same time," Chaska Athletic Director Jon Summer said.

Metro West Conference administrators met Aug. 20 to talk about participation numbers and levels. Some sports have seen increases in program size with traditional football and volleyball athletes out for new sports such as tennis and soccer.

Summer said league athletic directors have been discussing redrafts of schedules since early August when the MSHSL approved the four fall sports.

The Metro West and Lake conference are playing only inter-league events that are set-up in boys and girls doubleheaders at 5 and 7:15 p.m. Stadiums will be cleared in between games.

In both leagues, a voucher or pass system has been created for the varsity-level only with a maximum of 250 spectators. Summer said players and individuals on the field are not included in the attendance figure.

Each Metro West school will receive 120 passes per varsity soccer program. With 20 kids roughly on a roster, each family will receive four vouchers per game. These are used at both home and away events.

District 112 will not be charging entry fees this fall, though Summer warned that some schools are, and a voucher is not a ticketed purchase, but rather an opportunity to attend with a paid gate fee in those cases.

"If you don't have a pass, you can't attend. We understand the limitations it puts on families, on players. It's the reality we have to address with our capacity concerns," Summer said.

At Chaska Middle School West Stadium, spectators must wear a mask when entering the facility, but upon taking their seat, whether it be in the bleachers or spread out on the hill, it may be removed. All fans will have 15 minutes to clear the complex after the first game. No persons shall enter for the second game until roughly 7 p.m.

At Minnetonka High School, and throughout the Lake Conference, ninety tickets will be dispersed through a voucher system to each team. An additional 60 tickets will be made available at the ticket window, leaving 10 tickets for staff present at the game.

Soccer game days at Southwest Christian High School in Chaska bring a mixture of blankets on the grass and lawn chairs along the south sideline.

Those traditions will continue this fall -- at a physical distance, of course -- as bleachers will be unavailable at both the soccer complex and tennis courts.

Athletic Director Darin Keizer said six-foot boxes will be marked for fans to remain separate. A site manager (school administrator) will be monitoring the events to make sure guidelines are being followed.

Keizer said additional team benches have been brought in, while locker rooms and inside bathrooms won't be used. Tennis athletes not competing must be outside of the playing surface.

"I still have some work to do with signage, but we are putting out the word to bring your own camp chair, spread yourself out. We'll have some sort of online ticketing system for families. We have some time as we don't host until next week," Tibesar said.

NO OR LIMITED SPECTATORS

While cross country is run outside in large gathering spaces, often times at parks or golf courses, with even two or three schools present, multiple levels in action, attendance quickly adds up.

That is why Lake Conference coaches have decided to not allow spectators this fall at meets.

Some meet locations for HFCHS and SWCHS such as Lake Rebecca Park in Delano and Baylor Regional Park near Norwood Young America are allowing athletes and coaches.

"(There were) lots of ideas talked about including no spectators, or limited spectators. "There were many logistics to come in, parking, size of teams, capacity, within MDH guidelines, which all weighed into an 'official' decision. I really commend the cross country coaches. They did an awesome job coordinating everything. At the end of the day, these kids are going to be able to do something," Ted Schultz, Activities Director at Minnetonka High School, said.

Summer said in the Metro West Conference, they identified as many schools who could host and developed a seven-date schedule with duels and triangulars. Two spectators will be allowed per runner.

"We ask parents to not gather at start and finish lines. Adhere to physical distance rules," Summer said.

Both Schultz and Summer said live-stream opportunities are being discussed inside swimming pools.

Major changes are not needed at most tennis court venues. Like soccer, camping chairs are encouraged, with viewing from behind the fence. Hills at Chaska and Chanhassen's courts make perfect accommodations.

"Spectators are welcome to come. Come with a mask on. If you're physically distance with your family, feel free to take your mask off, said Summer, who is in his 20th school year as a school administrator.

Keizer said the biggest change for all schools and programs will come in transportation of athletes. Additional buses will be needed, especially for SWCHS tennis, which has a program-record 50 girls out this fall.

"We will send out guidelines to each team every week detailing any changes to procedures, what to expect at each event," Keizer said.

Eastern Carver County Schools adopted a new transportation policy and parent permission form to give athletes and their families the option to attend events through a personal vehicle at a school board meeting Aug. 17.