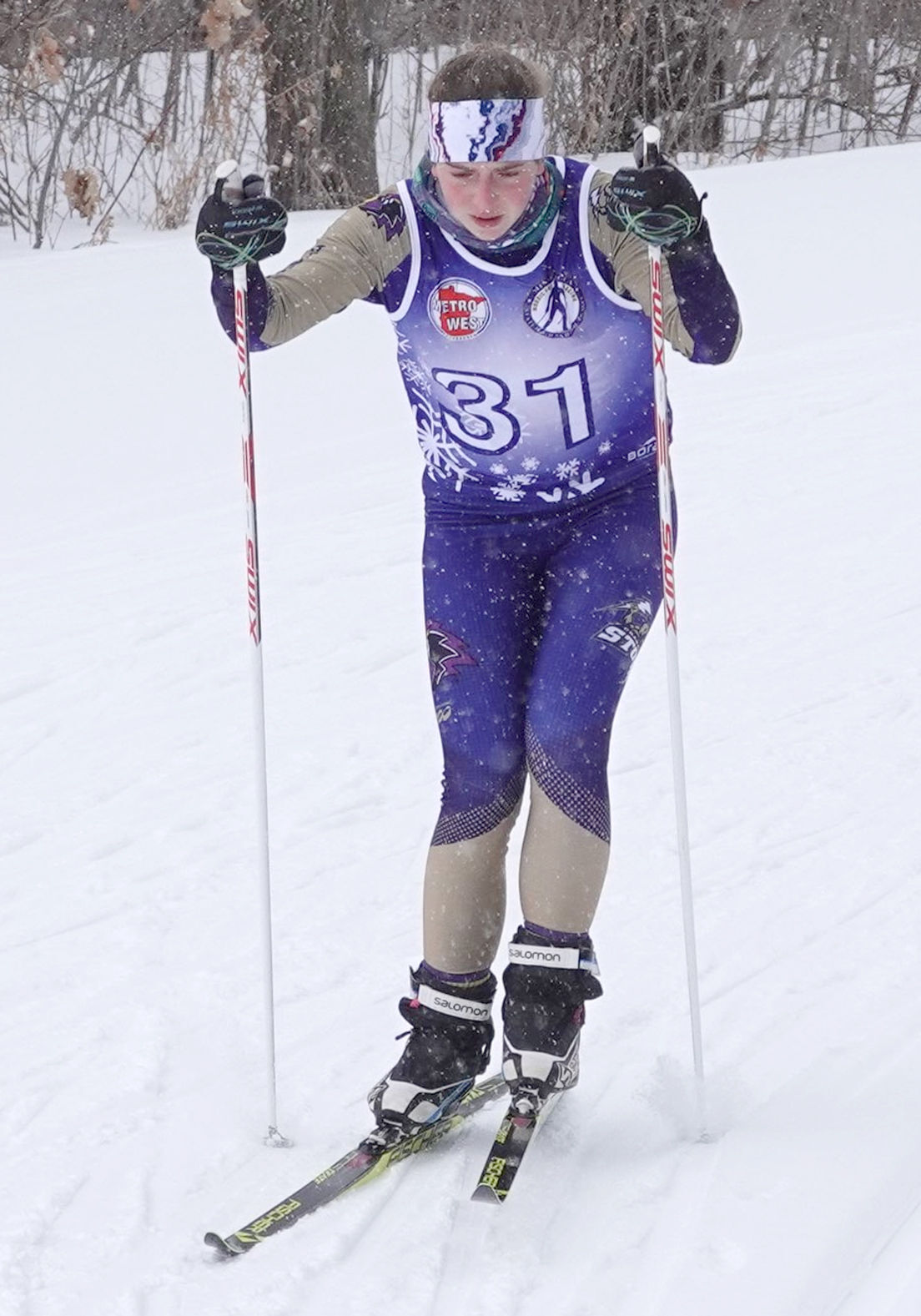 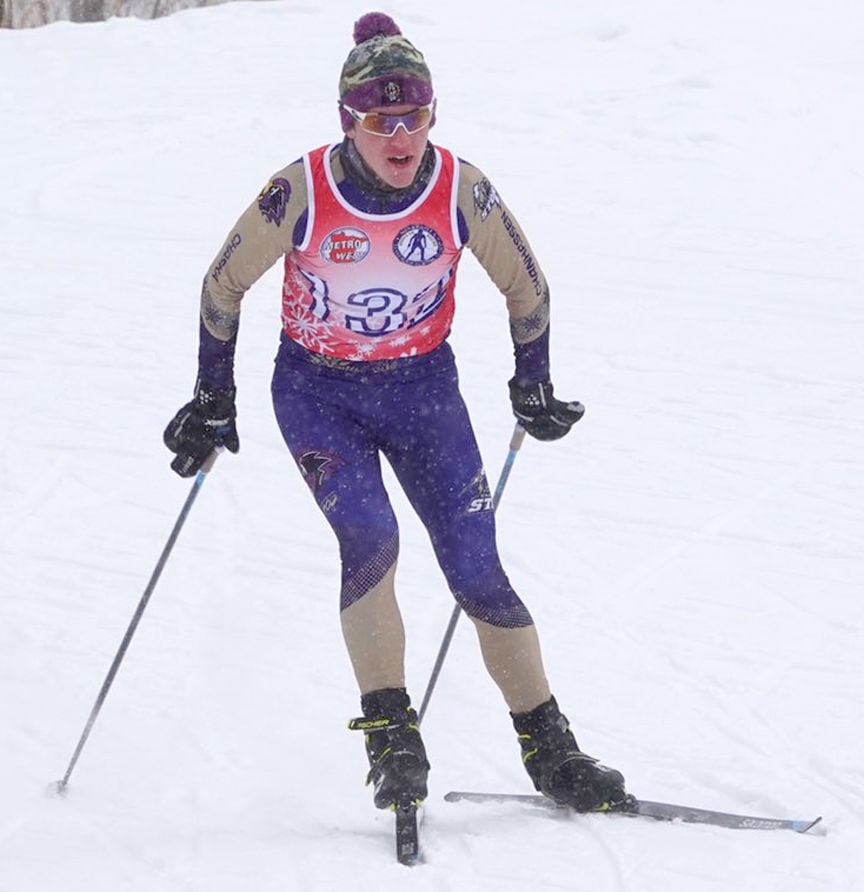 Chanhassen senior Ben Scheller has been a top boys finisher in multiple Metro West Conference events this winter. Scheller is looking to qualify for his first state Nordic Ski meet next month. 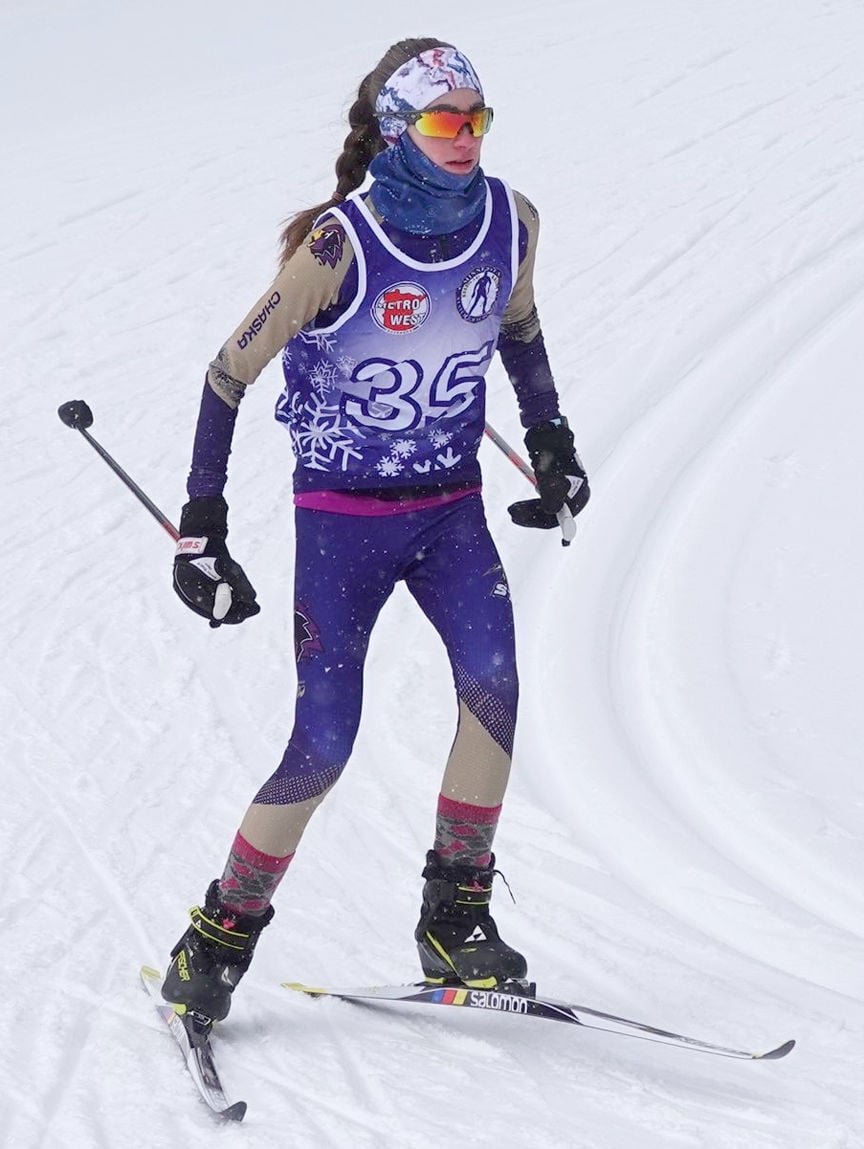 Izzy Roemer of Chanhassen High School has been among front-runners for the Storm Hawks Nordic Ski team in 2021. 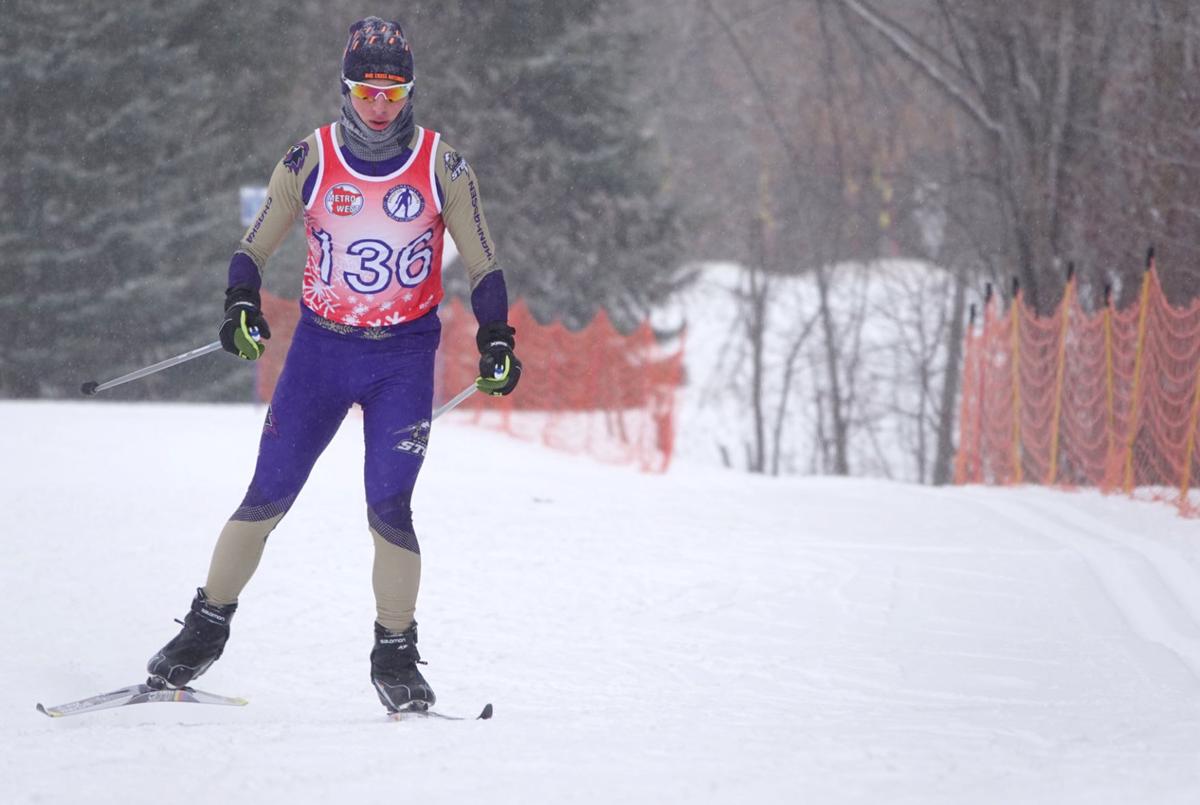 Chanhassen senior Ben Scheller has been a top boys finisher in multiple Metro West Conference events this winter. Scheller is looking to qualify for his first state Nordic Ski meet next month.

Izzy Roemer of Chanhassen High School has been among front-runners for the Storm Hawks Nordic Ski team in 2021.

The Storm Hawks repeated in 2017, and again in 2018. Ellen Adams was on varsity for those teams. After the 2019 event was cancelled due to frigid temperatures, the title returned to Chaska/Chanhassen in 2020.

Now as seniors, they are aiming to continue the streak of championships.

"We're skiing the most we can as a team. Enjoying every minute we get with the girls. We're going to go as hard as we can, and do as well as we can as a team this week," Adams, of Chaska High School, said.

St. Louis Park is the favorite into the Feb. 23 and 25 girls championships at Hyland Park Reserve in Bloomington. The Orioles were 40-point winners over Chaska/Chanhassen on Feb. 17 at Elm Creek.

Adams and Sather each played fall sports. Adams, before getting hurt, played tennis for the Hawks. Sather had a successful season on the soccer field as a senior at Chanhassen High School.

Even with that experience, Sather said winter sports was never a foregone conclusion.

"We thought, we're outdoors, we should be fine. And then cases spiked and things shut down and we thought might not have the season with the COVID concerns," Sather said.

When the season did get approved, Storm Hawks head coach David Paulson sent out a long page of new rules and how things would look differently this season. "It was like 10 pages," Sather said.

"We haven't always been able to see our school friends, so getting to see our ski friends every day, it's been really nice," Adams said.

Adams and Sather have been leaders of the pack this season for Chaska/Chanhassen, but senior Meghan Pierson and junior Izzy Roemer, runners at Chanhassen, have been right there in the top-10 at multiple meets.

The younger girls, Kathryn and Josie Hauck, Marissa Long, and Lillian Sather, are coming along faster and faster each year.

"Ellen and I took ski classes when we were younger, but now we're getting a number of skiers out for the sport for the first time and they love it. With girls getting on skis earlier now, in seventh grade, we're really keeping our tradition going," Sather said.

"Those younger girls really are pushing us every day. They're improving a lot faster than I remember us when we were younger," Adams said.

Josie Lange, conference champion with Chaska/Chanhassen in 2016, a captain to Sather and Adams, remembers those times fondly.

"When they first joined us, we were all taken aback by their youthful speed and skill. When we won the conference title back in 2016, they were such an asset to our success. It’s been a joy to watch them grow into accomplished skiers and team leaders, and to see they have carried on so many Nordic traditions!" said Lange, who played soccer at Luther College in Iowa and has returned to Chaska High School as the new College and Career Resource counselor.

And while the 2021 season looked different -- bus rides replaced by car pools to practice, competitions split into two groups and wax kits sent home with each skier to perform in their garage instead of the wax room at Chaska High School -- it is carrying on the tradition that Sather and Adams enjoy most.

"I'm so happy to have this opportunity to ski with my team. We definitely love it. Our team is really connected. We have a lot of fun together," Sather said.

Meet time is 9 a.m. and 10:30 a.m. for the two sessions on Feb. 23 (Skate) and 25 (Classic) for the Metro West Conference Championships. Chaska/Chanhassen will compete in session two on Day One and in session one on Day Two.

Bloomington, Chaska/Chanhassen and St. Louis Park all will be in the hunt for the boys title. The Storm Hawk boys were second in a final race on Feb. 17. Ben Scheller (14:20) and Bennett Adams (18:27), one of two of Ellen Adams' kid brothers in the program (Finnian), were top finishers.