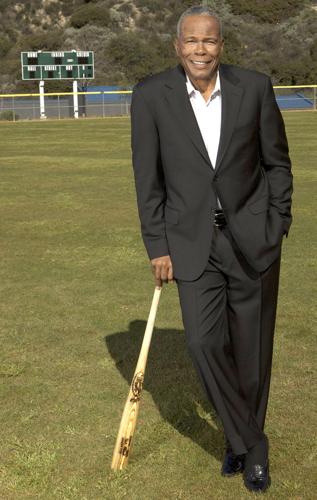 Major League Baseball Hall of Famer Rod Carew says his continued strong relationship with the Minnesota Twins is in large part due to team president Dave St. Peter’s outreach to alumni of the organization. 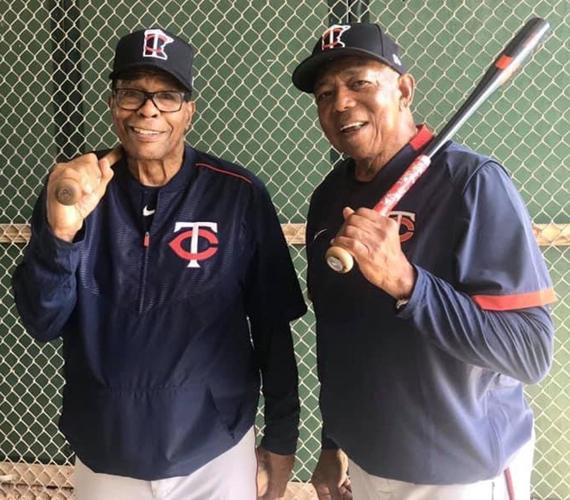 Major League Baseball Hall of Famer Rod Carew says his continued strong relationship with the Minnesota Twins is in large part due to team president Dave St. Peter’s outreach to alumni of the organization.

In today’s Major League Baseball, finding three infielders on one side of the diamond is a regularity. Often times a third baseman is positioned where the shortstop generally would be. A 4-5-3 double play — second baseman to third baseman to first baseman — is a common scoring play.

How would a team approach Hall of Famer Rod Carew defensively nowadays? The former Minnesota Twin who finished his career with more than 3,000 hits, an on-base percentage near .400 and an American League batting champion seven times.

“Nothing. There isn’t anything they could have done. I used to track the ball and I had the ability to know exactly where I was going to hit the ball. Today’s young hitters don’t do that. They just try to hit the ball out of the ballpark. That’s why hitters aren’t finding as much success; why there are more strikeouts now,” Carew said.

Carew remains one of the best hitters to come through baseball over the last 60 years. His 12 seasons in Minnesota from 1967 to 1978 produced Most Valuable Player and Rookie of the Year awards, and he participated in the All-Star Game every season.

“It was really an uncanny year. I never set to go after .400. My main job was getting as many base hits. I enjoyed hitting. I enjoyed watching (the hits) fall in. I bunted a lot,” Carew said. “I would be at home plate and just as the pitcher would start his delivery I would see the middle infielders move a step or two and I would hit the ball right where they were standing before. Just out of their reach. I can’t believe how many times that happened. Then they started staying put, and then I would hit the ball where they used to be.”

Carew, who had more walks than strikeouts in his final 13 seasons, concluding in 1985 at the age of 39, finished with 18 All-Star Game appearances, and was elected to the Baseball Hall of Fame in 1991.

“I hated to strike out. I knew what type of hitter I was. When the Twins signed me, asked me to be their lead-off hitter, get on base for Harmon Killebrew, Tony Oliva, I dismissed the idea of upper-cutting, or swinging for the fences. Foul line to foul line was my approach,” Carew said.

“It’s good reading. It’s meant to tell people about taking care of their hearts. Without it, there is no life. I was one of the lucky ones. People who have a ‘widowmaker’ don’t usually survive. I had some great doctors,” Carew said.

After having a left ventricular assist device (LVAD) implanted, Carew went “searching” for a heart transplant. Not many people his age receive a transplant. Another “lucky-one moment.”

The heart came from Konrad Reuland, a former National Football League tight end who suffered a brain aneurysm in 2016. His heart, and one of his kidneys, went to Carew. Reuland was a grade-school classmate with Carew’s son, Devin.

“I remember I was watching my son play basketball and he came up to me, asked me if I was Rod Carew, and he told when I grow up I want to be an athlete. I told him, well, make sure school comes first. His mom and dad made sure of that. I hadn’t seen that young man since. He was working out, hoping to sign with the (New England) Patriots when the aneurysm happened. His mom and my wife began communicating and they donated his heart and kidney to me,” Carew said. “He gave me life. He gave me a second chance.”

Carew returned to Minnesota in 2017 to throw out a ceremonial first pitch in a game between the Twins and Los Angeles Angels. Pre-COVID, Carew also was a spring training instructor for Minnesota.

Dave St. Peter made multiple trips to California to check on the former Twins star through his recovery. Alumnus of the team are very important to the Twins organization, and that begins with St. Peter, president of the team.

“A lot of the guys out of the game, Dave has brought them back in to be a part of the organization. To go out and greet fans, do various events with fans. I love meeting fans. I wanted to stay retired. Dave said, ‘No, we need you. The Minnesota Twins need you. The Twin Cities needs you.’ The last 15 or so years I’ve been coming back all throughout the year. It doesn’t matter if it’s 90 degrees or 30-below,” Carew said.

Minnesota has always been a second-home for Carew. Every time he returns, like he did this summer to support former Twin Joe Mauer and his charity event at Target Field, it’s like he never left.

“I liked living here. Once I signed with the Twins, I made this my home. Tony Oliva and I were the only guys that really stayed here. Maybe the late Frank Quilici stayed here in the off-season. People would say you’re going to hate it. You’re always going to be cold. We embraced it. We went snowmobiling, ice fishing. Every time I come back it’s like I’m coming home,” Carew said.

Giving back is something that was instilled in Carew in his early years in Major League Baseball. One of the first lessons Harmon Killebrew taught him was “You have to let people know who you are.” Killebrew was a stickler for making sure an autograph was completely legible. Every letter.

It’s why Carew has been active with a Twitter account and has plans to host a baseball podcast.

“I was still back in the dark ages. My son decided to help me. He got me into different things. He’s becoming my agent. My old agent, who I’ve had for 30 or more years retired, so I asked my son, and he jumped right into it. Social media has given me an opportunity to reach out to fans, answer questions, talk to them. Those are the things I used to do coming up as a young player. Something I learned in the Twins organization. Something I learned from Harmon. It doesn’t cost anything to be nice,” he said.

Carew also learned how to be a great ambassador for the game from his best friend, Oliva.

“When I came up, Tony took me under his wing. He made me his roommate. We roomed together for like 12 years. I learned everything about baseball from him. We’re still best of friends today,” Carew said.

Carew, though, had the edge over Cuban native Oliva in the English dialect department from the start, and still does today.

“He’s still trying. I’d remember many nights laying in bed and he’d be practicing his English. He had a tape and he would start reading it,” Carew laughed.

It’s those relationships built through baseball — from the pros to amateurs to college, high school, and youth — that help bring out the magic with America’s great pastime at the ball park, in the dugout, and in the crowd.

"I would be at home plate and just as the pitcher would start his delivery I would see the middle infielders move a step or two and I would hit the ball right where they were standing before."

Hall of Famer Rod Carew on his 3,000-plus career hits