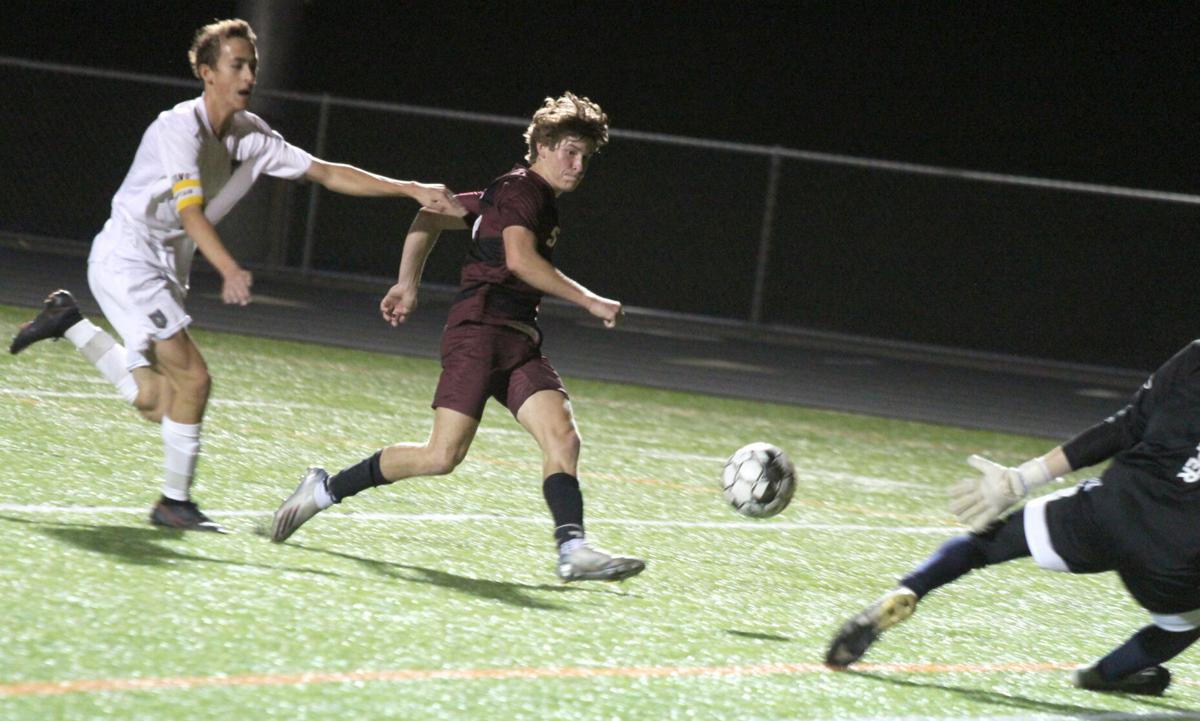 Less than a minute after Providence Academy drew within 3-1, Jake Bettin scored the first of his two second-half goals, a four-point game, in Southwest Christian’s 6-1 win in the Section 6A championship on Oct. 19. 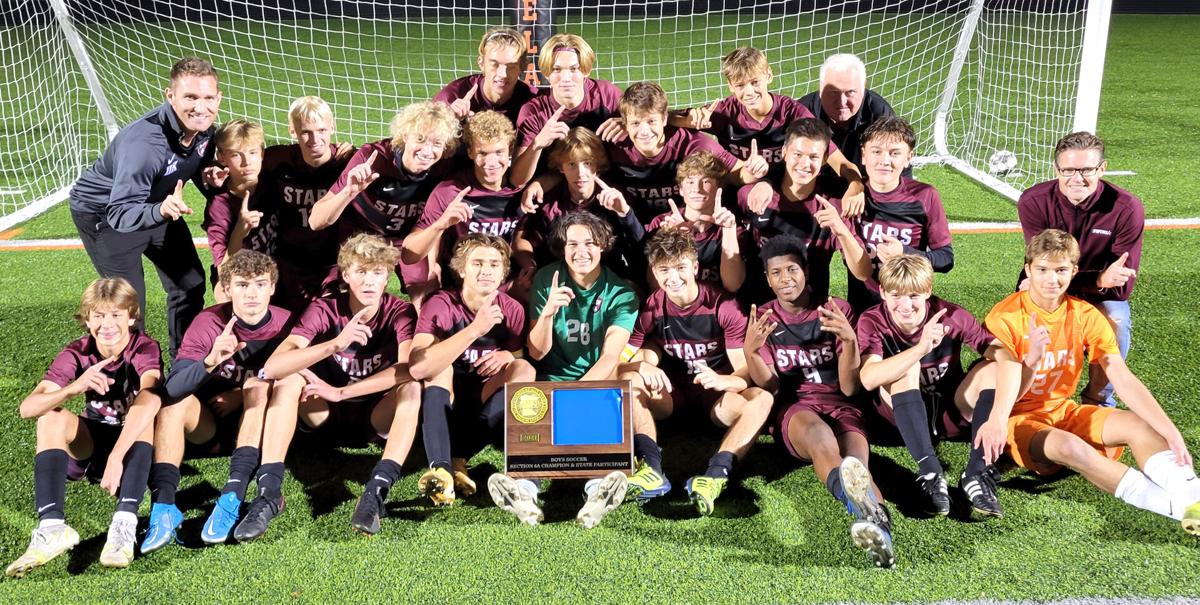 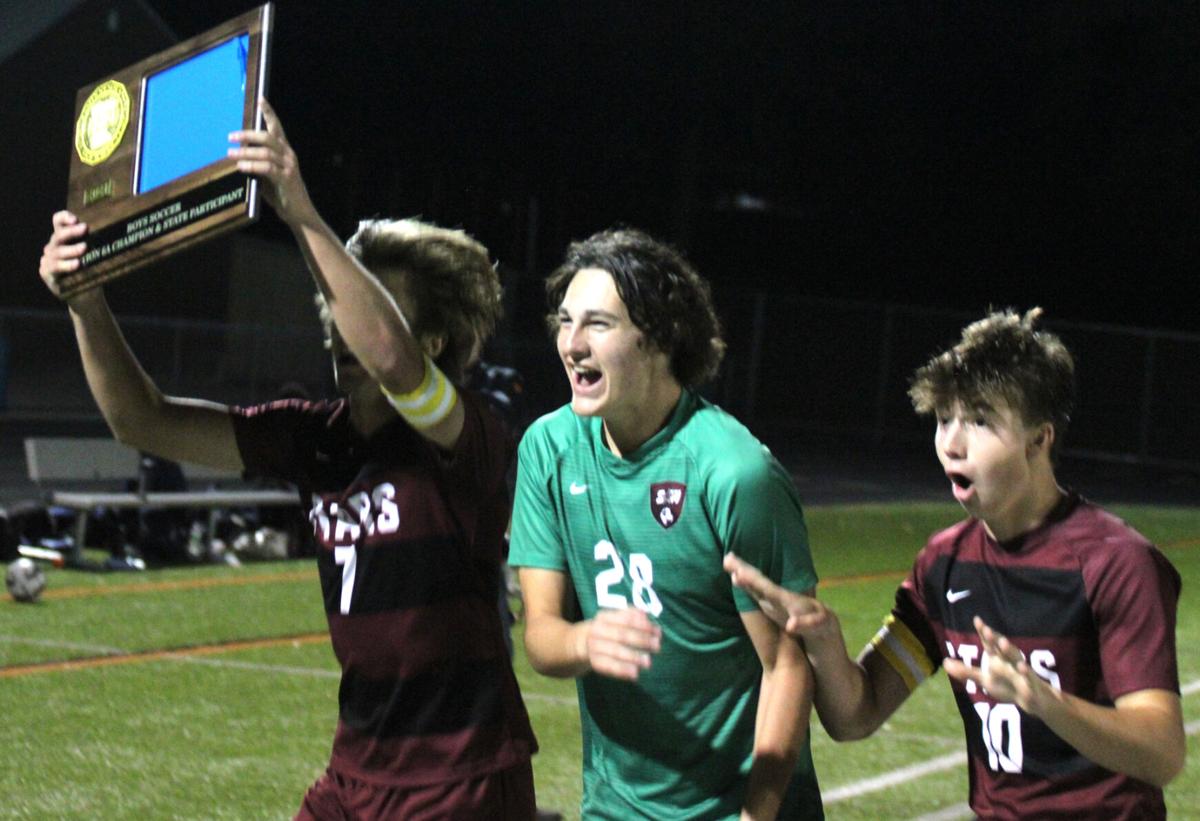 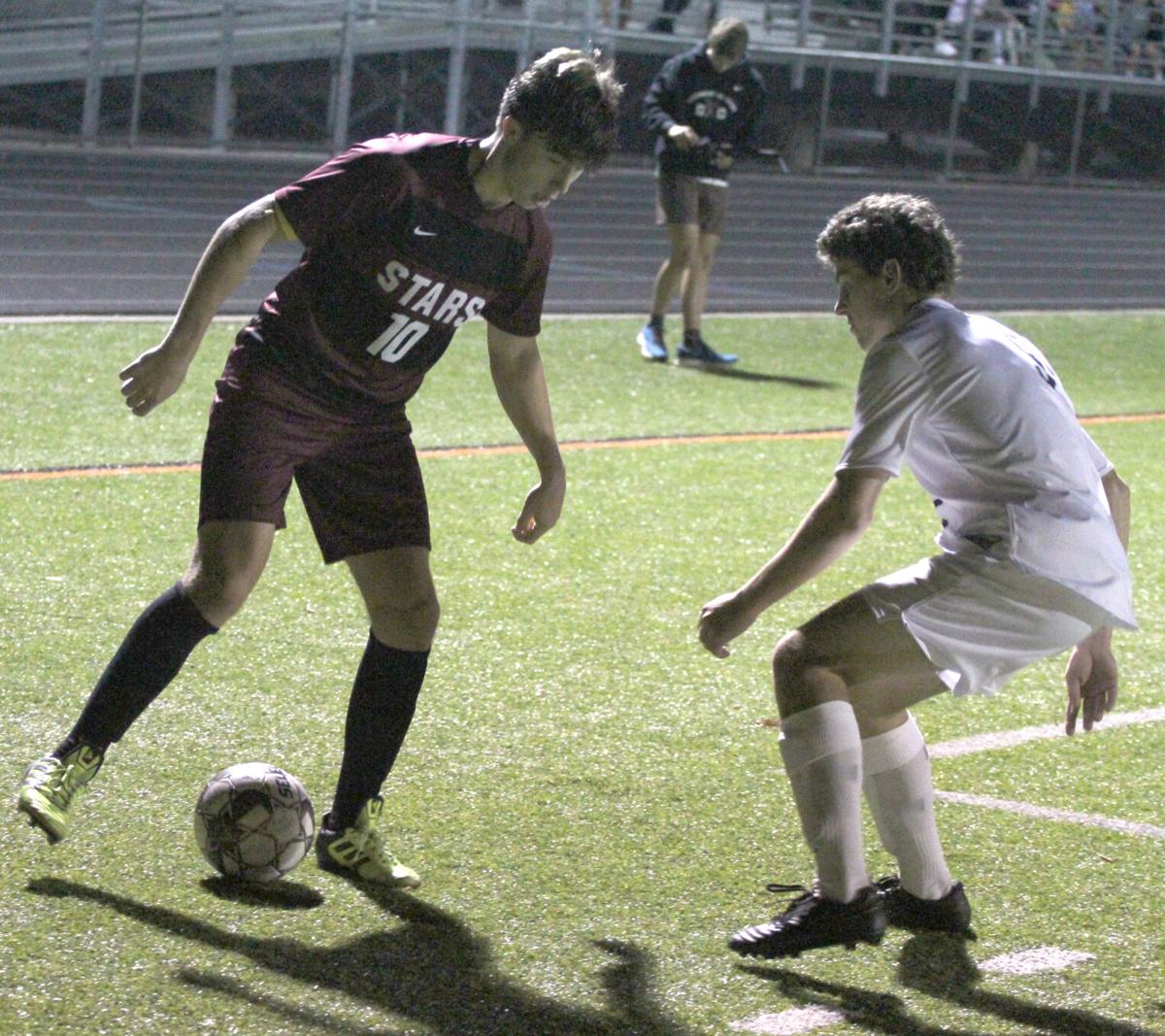 Jon Brain scored twice, adding an assist just seconds later, making a cross to Jake Bettin for the 5-1 lead for Southwest Christian in the Section 6A championship.

Less than a minute after Providence Academy drew within 3-1, Jake Bettin scored the first of his two second-half goals, a four-point game, in Southwest Christian’s 6-1 win in the Section 6A championship on Oct. 19.

Jon Brain scored twice, adding an assist just seconds later, making a cross to Jake Bettin for the 5-1 lead for Southwest Christian in the Section 6A championship.

So, to say the Lions were a bit shell-shocked as fourth-ranked Southwest Christian piled up goal after goal, just minutes apart in the second half, was an understatement.

After playing a 90-minute scoreless draw on Sept. 18 with Providence Academy, the Stars were a different looking team in the Section 6A championship Oct. 19 at Delano High School.

They were explosive. They were creative. They are headed to their first state tournament.

"It feels amazing; my senior year. This is something we've worked hard to get. To be in this position and win this. Now it's onto the state to win a championship with the boys," Southwest Christian senior captain Jon Brain said.

The missing piece of the equation in the first 12 games this season for Southwest Christian was Brain, who scored 24 goals as a junior.

Brain, with 11 goals in his first five games back, made an impact twice in the opening 90 seconds of the title match. And while neither scoring chance went for a score, it was representative of the abilities upfront for the Stars when you add in sophomore Jake Bettin, and seniors Jack Boike and Luke Kamm.

"It sure is nice having him back. He makes it easier up there. He's easy to connect with, help make things happen," Bettin said.

Southwest Christian broke open the game with goals in the 31st and 38th minutes. Both tallies coming on assists from Bettin; the benefactors of nifty passing were Boike and Brain.

A through ball from Sam Widdifield sent Bettin into the box. After moving past the defender, drawing the goaltender near-post, Bettin fed Boike for the 1-0 lead.

One problem. The assistant referee had his flag up for offsides. Bettin couldn't believe it. Neither could Stars head coach Brad Carlson, who asked the referee to ask for clarification with the pass coming from the goal line.

"I was a little mad. I was on the line so there's no way it was offsides. I couldn't believe it. I thought we weren't going to get the goal, so I'm glad they talked it over and made the right call," Bettin said. "It was a kickstart. Just wanted we needed."

Bettin made a similar play before halftime, a pass from Lucas Engler springing him past the defense, a Providence Academy player falling to the turf, allowing Bettin to slide a pass to Brain for the 2-0 lead.

"At the start, we were a little tight, weren't making the plays we're used to making. Once we got that first goal, things started clicking. We were more fluid. And then Jake and I got it going," Brain said.

A 3-0 lead on Brain's 13th goal of the season in the second half, Providence Academy drew within two with 14:10 to play on a free kick goal from Roy Kyle.

Providence Academy on the board off the free kick. #6 Roy Kyle

Southwest Christian lead cut to 3-1 with 14:10 to play pic.twitter.com/xskt9ZTTbC

After seeing a late 4-1 lead evaporate to one in the semifinals against Breck School, Southwest Christian needed an answer to turn the momentum back in their favor.

That answer came on a left-footed shot from Bettin just 45 seconds later.

And then it was Bettin again, finishing a cross with a bomb into the goal.

And then it was Kamm, fighting off cramping to chase down the ball, dribble through two defenders and score from a poor angle for the 6-1 lead.

"These guys, the seniors, they deserve this. They've been in this program for a while. This is for them," Bettin said.

Southwest Christian (13-3-3) will play in the Class A State Tournament quarterfinals at 5:30 p.m. on Thursday, Oct. 28. The Stars are the top seed in Class A and will face Proctor.

"My brother David posted on his social media, 'Jon Brain is my legacy.' It feels good to fulfill what he and a lot of guys started in this program. Now we just have to keep it going; three more wins," Brain said.