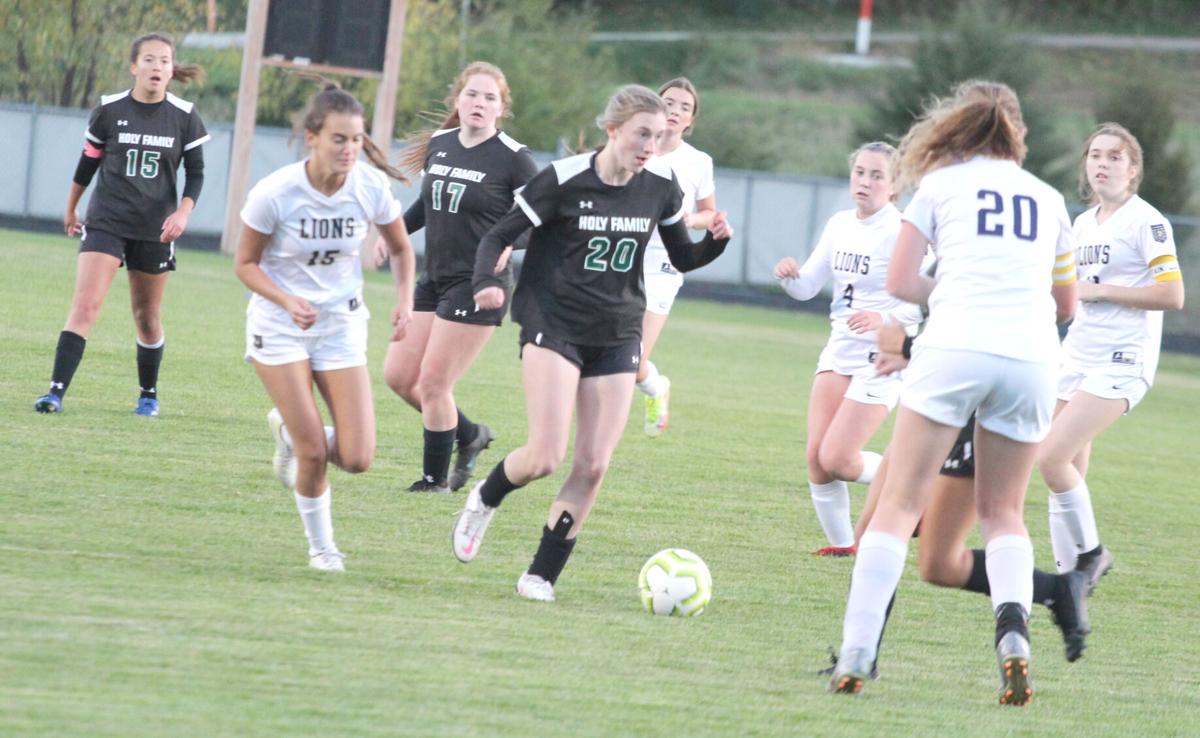 Holy Family Catholic sophomore midfielder Kate Buchholz dribbles the ball upfield through the Providence Academy defense in the second half of a 10-1 win in the Section 6A playoffs on Oct. 14. 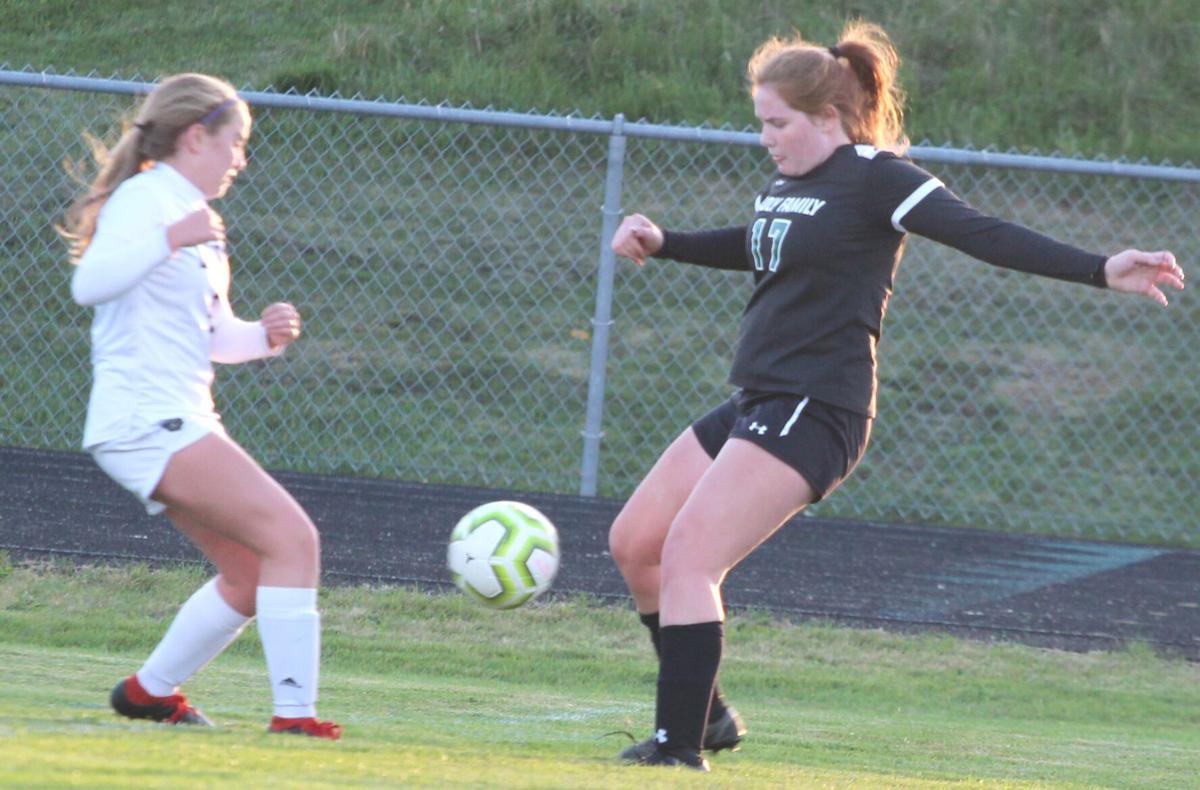 Mary Furlong intercepts a pass for Holy Family Catholic in the first half against Providence Academy. The Fire won 10-1 in the section playoff opener.

Holy Family Catholic sophomore midfielder Kate Buchholz dribbles the ball upfield through the Providence Academy defense in the second half of a 10-1 win in the Section 6A playoffs on Oct. 14.

Mary Furlong intercepts a pass for Holy Family Catholic in the first half against Providence Academy. The Fire won 10-1 in the section playoff opener.

Top seeds vs bottom seeds in section play can make for some lopsided scores.

Southwest Christian, ranked No. 4 in Class A boys play, put up a dozen goals.

Holy Family Catholic, ranked No. 3 in Class A girls play, put up an even 10.

A collision course between the two schools in the girls and boys finals in Section 6A are still in play through the quarterfinal round.

Maggie Dowling and Maeve Kelly each scored in the opening 10 minutes as Holy Family Catholic put up a touchdown in the first half, winning 10-1 over Providence Academy in the Section 6A quarterfinals Oct. 14.

The Lions broke a 9-0 game early in the second half with a free kick goal.

Providence Academy entered the playoffs with one win in 16 matches.

Holy Family Catholic hosts sixth-ranked Watertown-Mayer in the semifinals at 2 p.m. on Saturday, Oct. 16 in Victoria. The Fire beat the Royals 2-1 in the 80th minute in the regular season.

Jon Brain scored five times as Southwest Christian put up a touchdown in the first half, winning 12-0 over Eagle Ridge Academy in the Section 6A quarterfinals on Oct. 14 in Chaska.

Josh Larson had a career game with a hat trick and assist, while Jack Boike and Jake Bettin each added a goal and two assists. The Stars also got a goal and helper from Luke Kamm and Albert Backlund.

Next up is a semifinal contest with No. 9 Breck School on Saturday, Oct. 16, with a 3 p.m. start. The two teams played to a 1-1 draw in the season opener in August.

Charlie Ficek recorded a four-point game, scoring two goals with two assists, as second-seeded Holy Family Catholic advanced to the semifinals in Section 6A with a 6-1 win over United Christian Academy on Oct. 14.

Ficek from Phillip Olson opened the scoring in the 23rd minute, while Olson converted a penalty kick four minutes later after Ryder Ferguson was taken down in the box.

Ferguson added a second tally at 3-0 for the Fire.

Dylan Ehlers made two saves in 65 minutes of shutout soccer for Holy Family Catholic, which will face third-ranked Providence Academy at 4 p.m. on Saturday, Oct. 16 in Victoria.

The Lions lost just twice in the regular season, both to No. 1 St. Paul Academy.

A bit closer than expected between No. 1 and 8 seeds in which the regular season score was a four-goal difference.

Nonetheless, tallies in each half, led top-ranked Southwest Christian to a 2-0 win over Mayer Lutheran in the Section 6A quarterfinals on Oct. 14.

No scoring information was available.

Southwest Christian hosts Heritage Christian at 1 p.m. on Saturday, Oct. 16, in the semifinals. The two teams did not play in the regular season.