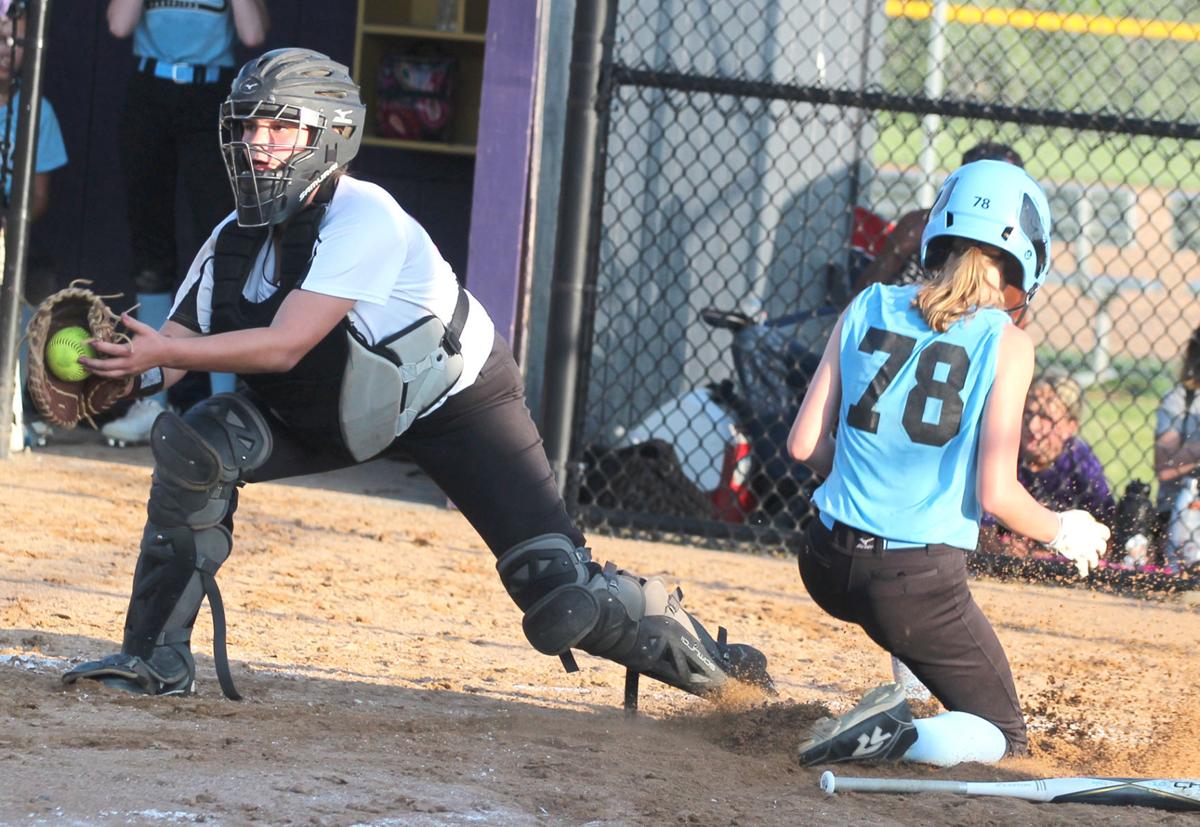 Two local organizations, Rivals Fastpitch of Chaska and Minnesota Whirl of Minnetonka, met in a NAFA Summer League contest in early July. Both programs begin play at the 14U level. 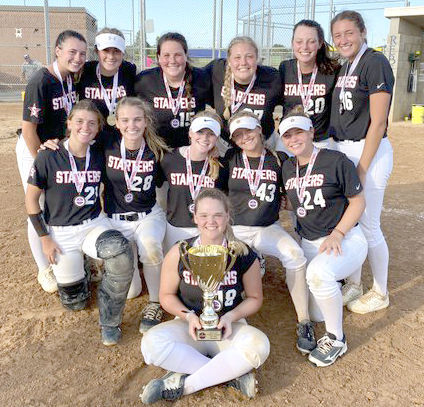 Starters Smyth 16U won all eight games to claim the gold championship at the NAFA Northern Nationals Tournament in Champlin and Coon Rapids July 23-26.

Two local organizations, Rivals Fastpitch of Chaska and Minnesota Whirl of Minnetonka, met in a NAFA Summer League contest in early July. Both programs begin play at the 14U level.

Starters Smyth 16U won all eight games to claim the gold championship at the NAFA Northern Nationals Tournament in Champlin and Coon Rapids July 23-26.

Erika Smyth remembers matching up with the Minnesota Sting at a national softball tournament in Colorado. Growing up in the northwest, Washington State, the thought into the game was here’s an easy win.

More than a decade later, Smyth, who played four seasons at the University of Minnesota from 2011-2015, now Director of Softball Operations at Shakopee’s Starters Sports Training, sees the region a bit differently.

There’s no doubt the level of game in the state of Minnesota, from youth to club to high school to college, has risen.

Easy wins are no more against Minnesota’s top teams.

“As bad it sounds, that was what it was, and that’s no longer the case,” Smyth said. “There are so many great athletes in Minnesota, in the Midwest, and now we’re competing at a national level. Look at what Sean Hall does with the Speed. They’re really putting their name out there and changing perceptions of what Minnesota softball is all about.”

A quick look on social media sites and there are roughly 30 club programs hosting tryouts the week of Aug. 17. There seems to be a spot for the most dedicated to the multi-sport athlete looking to play softball in-season only.

The days of community-focused teams are fading as club teams have extended to the 12U age level in recent years.

Starters fielded eight year-round teams in the 2019-20 season and Smyth said that is the plan again for the coming year, with ages from 12U to 18U.

The level of commitment from players, families and club programs has turned many teams into a 12-month training schedule. Fall ball into winter off-season sessions at domes and facilities into high school ball into summer tournaments.

That added training has led to a greater quality of softball across the board in the state.

“We were able to start something new out here. Our facility is 30,00 square feet. We’re able to use a bunch of technology with some weight training stuff to give the full athlete experience. It’s something I wish I had when I was younger,” Smyth said. “These girls are getting a lot from our training facility here.”

Starters is one of many local facilities to provide private and semi-private lessons with individualized instruction allowing players to address specific needs and move at their own pace. Starters offers hitting, pitching, fielding, slapping and throwing lessons.

Smyth leads many of the hitting and fielding instruction, while Starters Club Director Tori Finucane is head of pitching instruction. Like Smyth, Finucane played for the Gophers after spending three years at the University of Missouri, earning SEC Freshman of the Year and first-team honors.

Finucane was an assistant softball coach with the University of Maryland during the 2018-19 season.

Many of the Starters coaches are former or current college softball players including Chanhassen High School alumni Jessica Bren and Amanda Salentine, and Shakopee’s Ashley Herold.

“My view with it now is if we can create something in Minnesota that is established where we can get girls opportunities at all levels, whether it’s D1 to D3, JUCO, whatever, and continue to grow the game while they’re having fun and being their authentic self, that is the best reward for us,” Smyth said.

We love bringing former college athletes on to coach so they can teach the game because they know so much and are able to pass that on to the girls,” she added.

The University of Minnesota softball team hadn’t reached a NCAA regional in a decade. The Gophers hadn’t won a Big Ten Championship in 15 years. They had never played in a Super Regional.

Who can forget the thrilling Big Ten Tournament championship win over Michigan in 2014? The pitching of Sara Moulton, Sara Groenewegen and Amber Fiser. Seven consecutive NCAA Tournament appearances, including the program’s first trip to the Women’s College World Series in 2019.

Smyth said her coach, Jessica Allister, now at Stanford, recruited athletes. She found the diamonds in the rough.

“We were the class that had a chip on our shoulders. What we took away from Coach Allister, Coach (Jessica) Merchant, Coach (Piper) Ritter, was that heavy development piece. Making sure you have the right people in the right spots. They have to have the right attitudes, they have to be tough and gritty. My class was a bunch of rejects. We were all recruited our senior years. But we were willing to work for it. Playing here, it’s not for the faint of heart. You have to really love it to play here,” Smyth said.

Smyth said the Gophers success the last decade certainly has played a role in the rise in talent across the board among Minnesota players. Opportunities to play in programs around the country have increased as well.

Smyth’s ace this summer, Northfield’s Brynn Hostettler, has committed to the University of Minnesota.

“With my teammates who I am still great contact with, we knew after graduation that we wanted to stay in softball in some capacity. I think a big part of it is the Minnesota Gophers have made a name for the area in the softball world. They’re a hub where girls want to come and play now and we hope to have them stay here after college and stay involved, be a part of the Minnesota softball community,” Smyth said.

Smyth’s 16U club team went undefeated at the NAFA Northern Nationals Tournament in Champlin Park and Coon Rapids July 23-26, winning all eight games, including a 1-0 decision over Freeport Thunderstix of Illinois in the championship.

“That feeling has definitely increased with the emergence of Gophers Softball. Everyone wants to be a part of it,” said Smyth of commitment to softball from Minnesota families. “You can see that growth. You can see that level of involvement increase. And kudos to Gophers Softball for being so great with community engagement, making it an event everyone wants to be at. It’s really brought in a whole new group of girls to the game.”