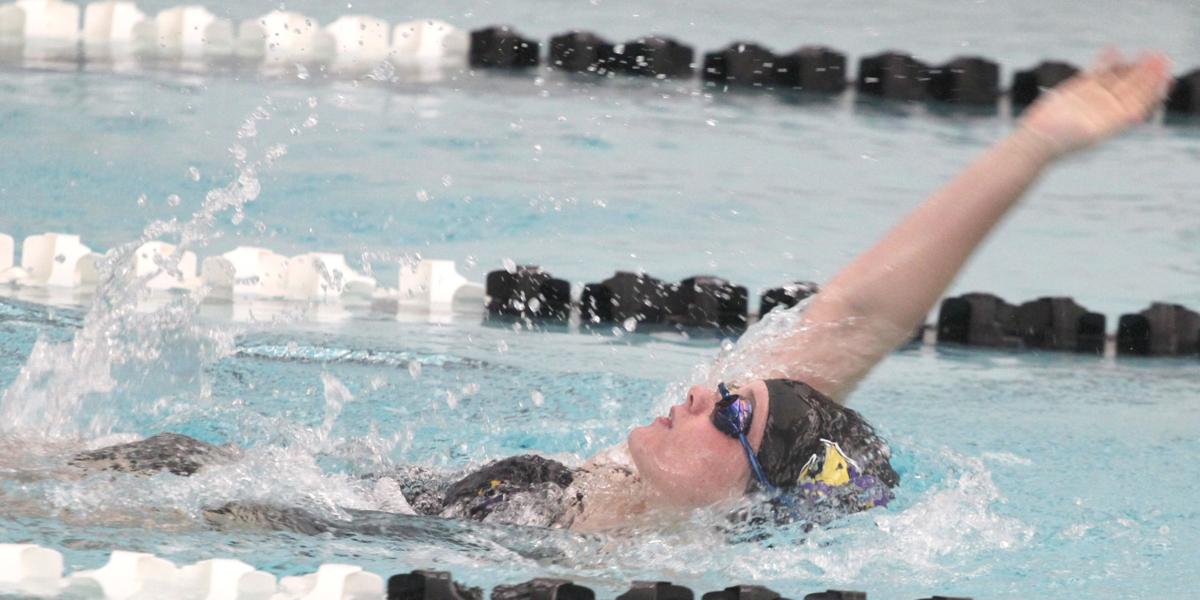 Chaska senior Ava Kallop swims the second stroke of the 200 individual medley, the backstroke, in a third-place time for the Hawks against Benilde-St. Margaret on Sept. 21. 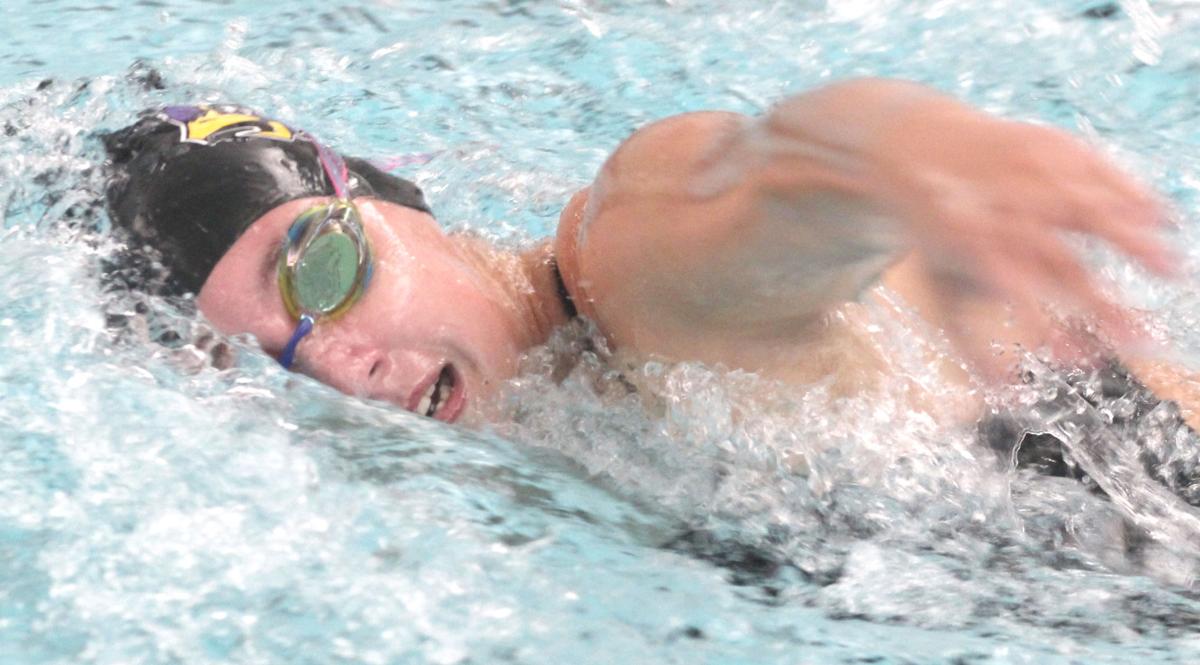 Chaska’s Addy Ross, anchor on the victorious 200-yard medley relay, swims in the next event, the 200-yard freestyle, in a fourth-place finish. 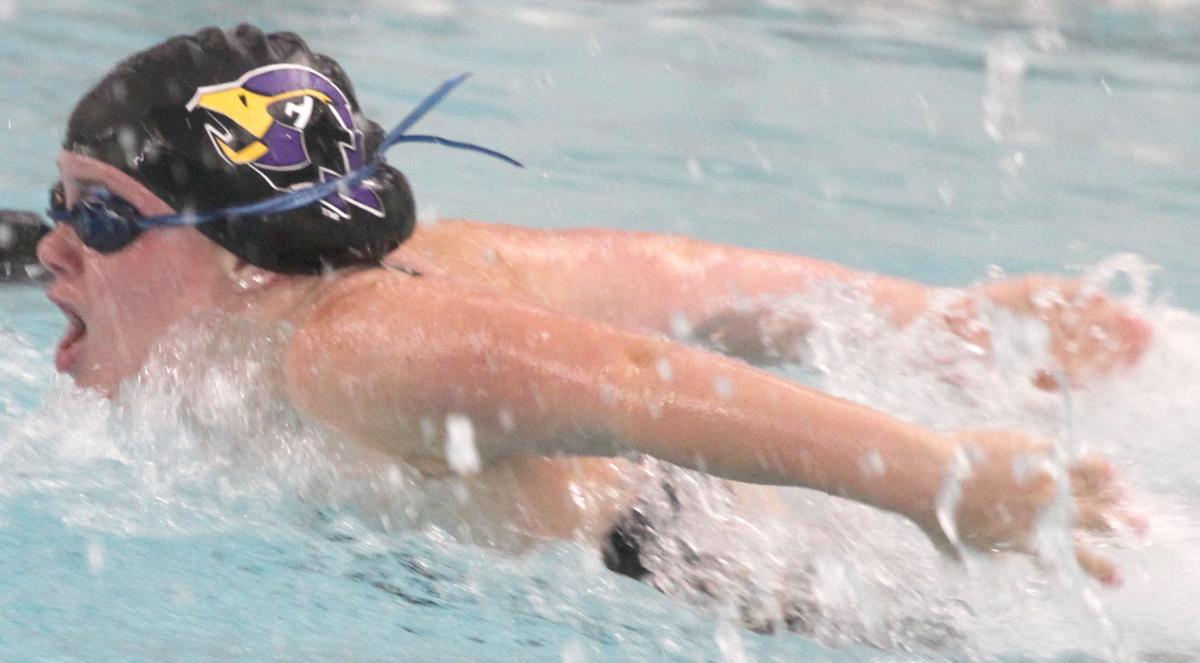 Ava Kallop hits the pool for the third leg of the 200-yard medley relay for Chaska, which defeated Benilde-St. Margaret by six one-hundredths of a second in the opening race on Sept. 21. 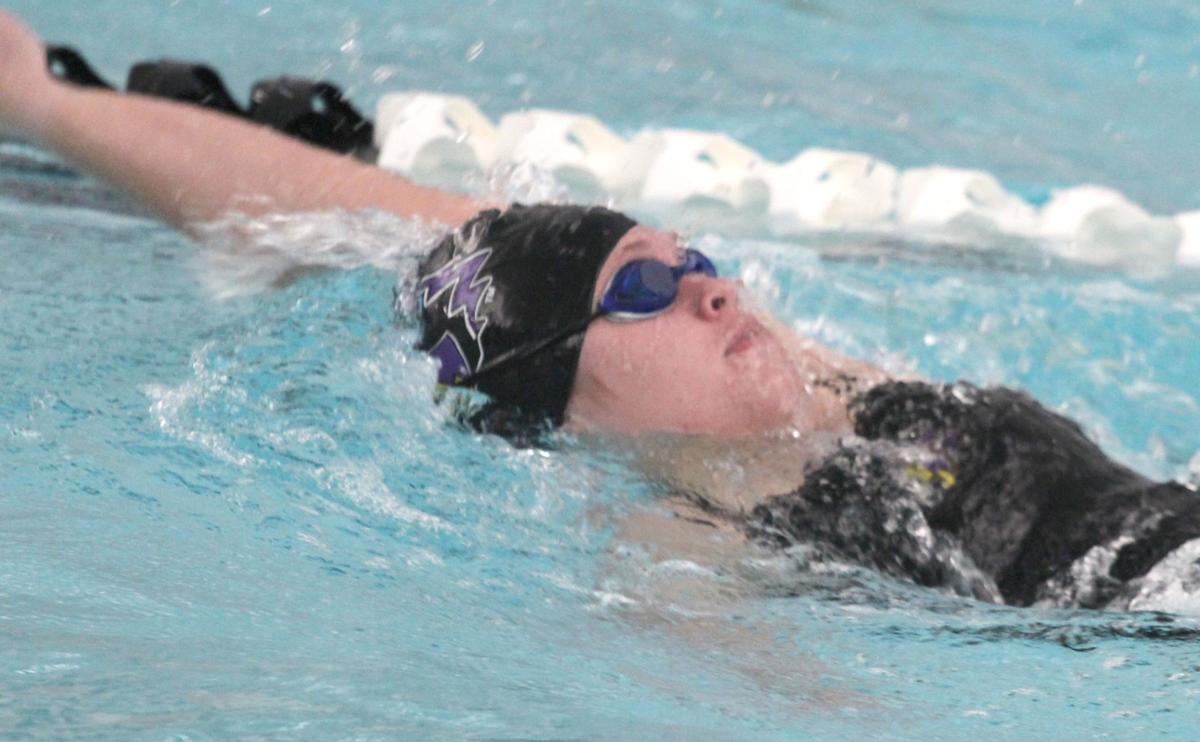 Gretta Hansen was victorious for Chaska in two individual races, the 200 individual medley and 100 freestyle, in a Sept. 21 dual win over Benilde-St. Margaret.

Chaska senior Ava Kallop swims the second stroke of the 200 individual medley, the backstroke, in a third-place time for the Hawks against Benilde-St. Margaret on Sept. 21.

Chaska’s Addy Ross, anchor on the victorious 200-yard medley relay, swims in the next event, the 200-yard freestyle, in a fourth-place finish.

Ava Kallop hits the pool for the third leg of the 200-yard medley relay for Chaska, which defeated Benilde-St. Margaret by six one-hundredths of a second in the opening race on Sept. 21.

Gretta Hansen was victorious for Chaska in two individual races, the 200 individual medley and 100 freestyle, in a Sept. 21 dual win over Benilde-St. Margaret.

Ava Kallop dawned the purple and gold Hawks logo on her swim cap six years ago, then a seventh grader. That's more than 40 Metro West Conference duals, five Maroon and Gold Invitationals, and a host of other meets including sections and state.

Now a senior, her last season, it is about being the best teammate possible.

It's why after competing in the 200 individual medley, after catching her breath, she quickly scurried to the end of the pool, and cheered on teammates in the 50-yard freestyle.

"I was talking to a teammate the other day about how it's awesome to get a time you want, but it's a close second to see a teammate get a time they want. Usually I take a few steps so I don't throw-up after my race and then I'm like I have to go cheer on my friends," Kallop said.

Being able to cheer them on from the pool deck is something that was lost in the 2020 season. Much of that team bonding, the cheers, the team huddles, were paused. The focus last season was entirely in the pool.

For Kallop, and other seniors, having that outside of the pool experience again, is appreciated.

"It's nice to be back to somewhat normal. Obviously there are still some restrictions, but it's nice to be able to get close with the other girls. I love being able to hug a friend after a race," Kallop said.

There are certain races that only a small percentage of swimmers want to try, and then try, try and try again. The 100-yard butterfly one of them. The technique, the strength and power needed, are among the toughest in the sport.

"Butterfly is hard, but I like it. I feel like I know what I'm doing, and I know I can trust myself in it. But to be fair, sometimes even I don't want to do the butterfly," Kallop said.

Chaska remains on the younger side, with just two seniors regularly competing in the varsity line-up in individual races, in Kallop and Eliza Prescher. So the importance of the senior class extends farther than times and placings. It is about showing the Hawk way.

"I'm trying to get them to have the same trust in themselves that I do, and continue to build that team atmosphere. Times will come if you work hard enough for them and set the foundation," Kallop said.

Kallop, who has a career-best time of 59 seconds in the 100 butterfly, continues to work toward a time in the 58s. But that's not her entire focus.

"It's surreal that it's my last season. I realized that it was always my routine that when August came about it was time to start thinking about high school swimming," Kallop said. "It will be sad when I don't feel that next year."

The race of the evening came in the 200 medley relay, a victory of six one-hundredths of a second in 1:58.09. Chaska's team was Dahl, Prescher, Kallop, and Addy Ross.

The difference was even thinner in the 500 freestyle as Chaska's Courtney Rehbein was defeated by five one-hundredths of a second (5:28.35) over 500 yards, or 20 lengths of the pool.

Brynn Vangen, one week after hitting the board on a dive in Waconia, returned to win the 1-meter diving competition with a score of 206.10. Teammates Madison Edwards and Marci Nelson were second and third with scores of 186.75 and 158.40.

Orono became the first team to beat Chanhassen in eight years of Metro West Conference history, a 110-76 decision on Sept. 21.

Avery Luedke broke a pool record in the 500 freestyle in a time of 5:15.88. Haley Farrell, state champion for Hutchinson, owned the record previously.

With first-, second- and third-place finishes in each of the individual events, and the top two spots in relay events, Mound-Westonka/Holy Family dominated a Wright County Conference dual with Delano/Watertown-Mayer/Southwest Christian Sept. 16.

Dueck capped off her evening with first-place finishes in both the 200 medley and 400 freestyle relays.