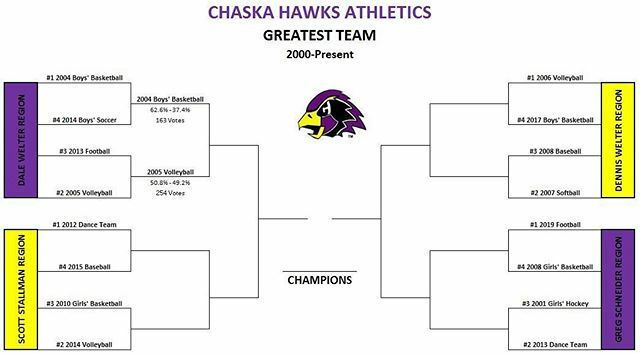 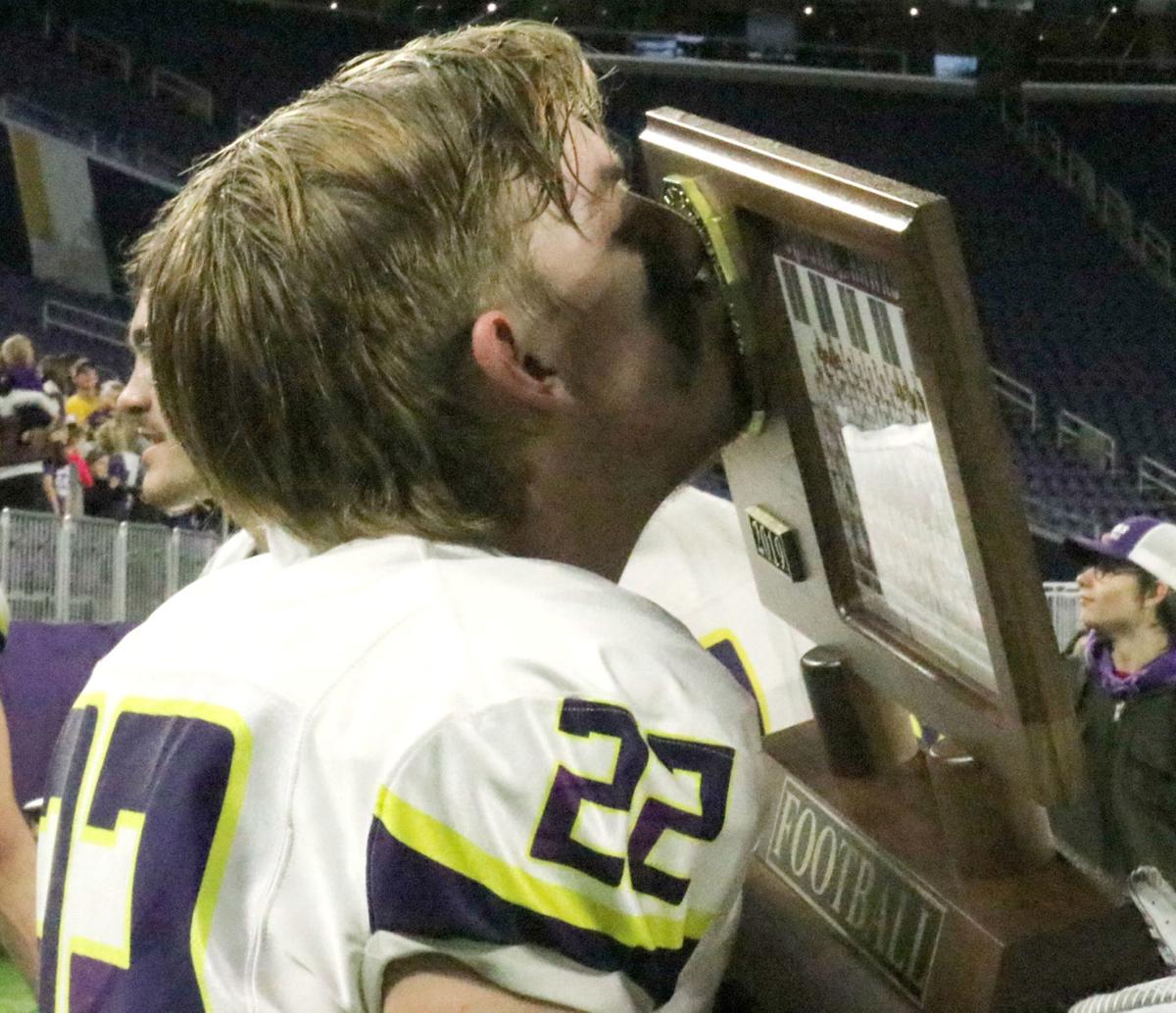 Really miss filling out a bracket this time of year? A fun bracket challenge (team sports only), learning about our Chaska Hawks Athletics. Look for upcoming breakdowns of match-ups with voting polls.

Notables: Won the program's first state championship, a 10-7 victory over St. Thomas Academy in the Prep Bowl. Chaska went the length of the field on the final drive for the winning touchdown. Among the most dominant defenses in the state, allowing seven points or fewer by the first-team unit in 11 of 13 games.

Quotes: "It's awesome. Surreal. I can't put it into words. With all of your brothers you've been working with for four years, it's an awesome feeling." - quarterback Grif Wurtz

"This is what you dream of from freshman year, maybe even before that. It's pretty unreal to play in a place as cool as this and come out with a win as the only one's in school history. Pretty awesome." - Klotz

Notables: A challenging Lake Conference schedule prepped Chaska for a Section 2-4A run, knocking off Prior Lake, Edina and Bloomington Kennedy to advance to state. First trip to state since 2008. Courtney Boylan, who played at Michigan, was Miss Basketball. Chaska placed fourth in Class 4A.

Other: Strong sophomore class in Brooke Brown, Brianna Tisch and Ellen Degler all played pivotal roles. They would come back and win a section title in 2010. Chaska beat Osseo in the state quarterfinals. The Hawks trailed by double digits at halftime in section final versus Kennedy.

Check out our new episode with Courtney Douglass (Boylan) !  Courtney was the 2008 Miss Basketball in Minnesota and we talk about her thoughts on the women’s game and how we can help grow the game’s popularity!  https://t.co/jY2MjDAYvw pic.twitter.com/98M8aXixSe