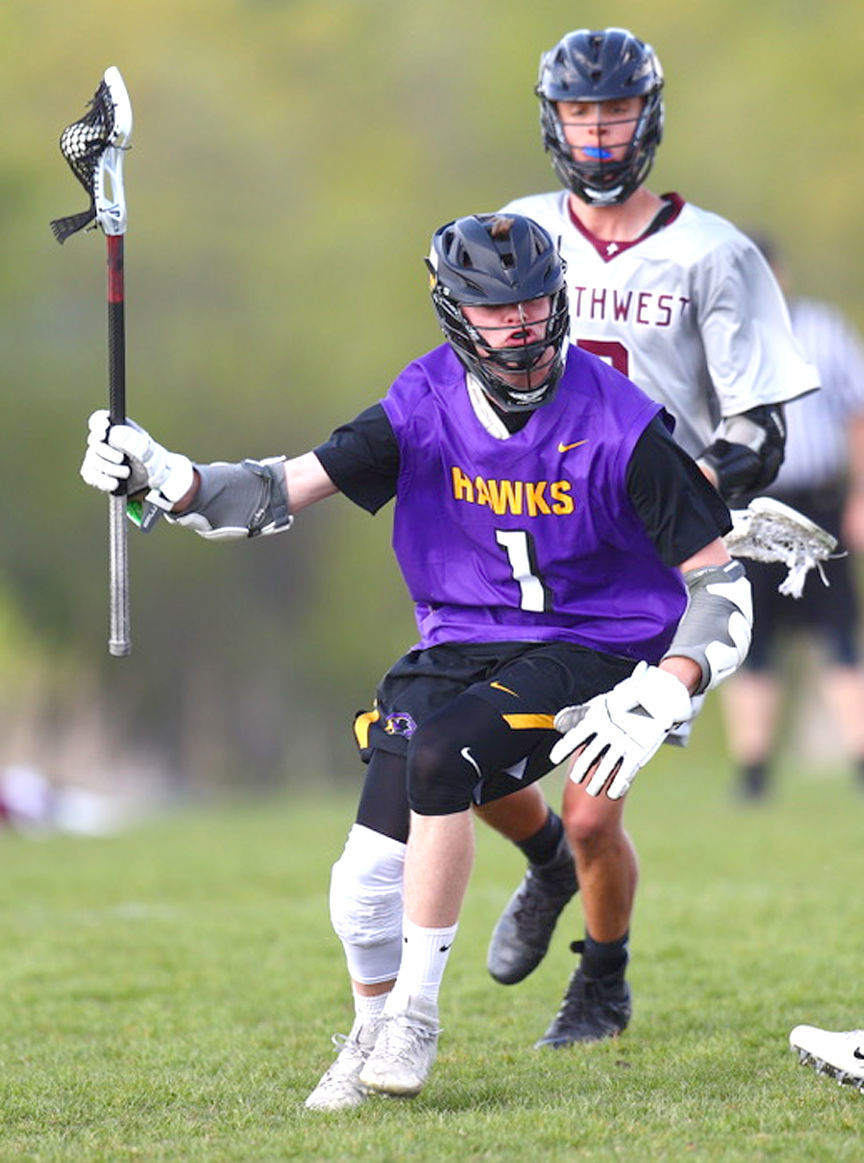 Austin Larson was named a captain of the Chaska boys lacrosse team. His coach, Chuck Friedbauer, said his leadership roles showed in off-season leagues and practices. 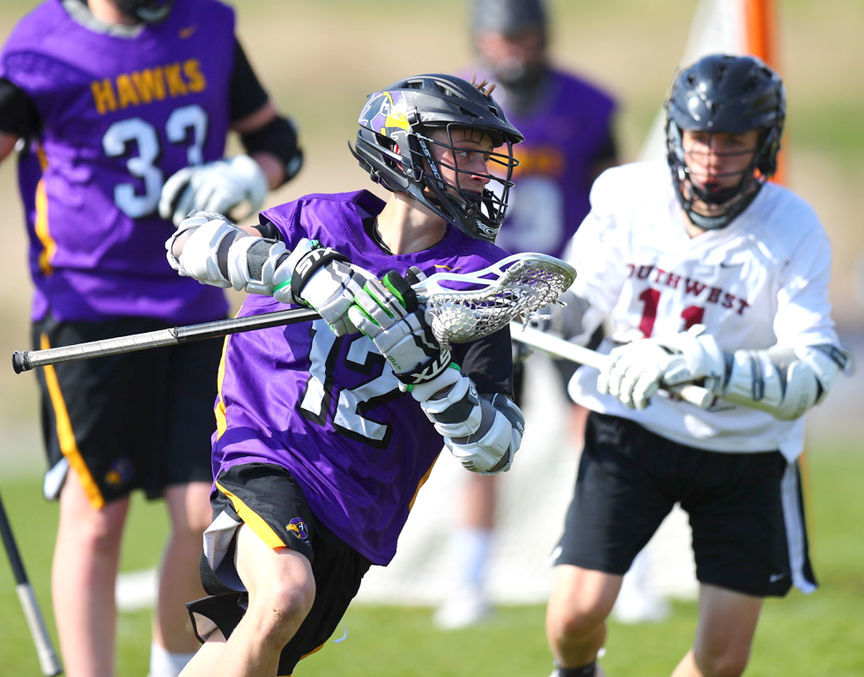 He may have been the smallest player on the field, but Krew Barber never let that stop him from giving it his best for the Chaska lacrosse team said his coach, Chuck Friedbauer.

Austin Larson was named a captain of the Chaska boys lacrosse team. His coach, Chuck Friedbauer, said his leadership roles showed in off-season leagues and practices.

He may have been the smallest player on the field, but Krew Barber never let that stop him from giving it his best for the Chaska lacrosse team said his coach, Chuck Friedbauer.

As underclassmen, the Class of 2019 logged major minutes as Chaska boys lacrosse was faced with smaller class sizes on the field ahead of them.

That was going to be the case for the Classes of 2021 and 2022 this spring with only three seniors set to participate.

Chuck Friedbauer, head coach of the Hawks, said while small, like the classes that preceded last year's large group of seniors, their leadership qualities, their fight to make their team better, were attributes younger players could feed off of.

"While only one had any significant varsity time, all three were young men who made valuable contributions to our program each with their own unique characteristics," Friedbauer said.

"Austin worked his way into one of our best face-off specialists, although 'specialist' doesn't quite pertain to him because he had developed a high velocity shot. His greatest strength was his upbeat personality. He was always eager and thoroughly enjoyed playing lacrosse. He was a constant reminder to teammates and coaches alike that playing the game was supposed to be fun. And we all respected the way Austin sought a out a proper balance between lacrosse, school, his faith and family.

This was the first year we waited until the start of the season to select captains -- we historically did at the end of the previous season -- but Austin assumed the mantle of captain during the off-season leagues, practices and activities, establishing himself as a leader regardless of titles. I was looking forward to the impact his leadership would have had on our program during the season, but I look forward to seeing his abilities shine through as he heads to college."

"Krew and Omar both first started playing lacrosse last year as juniors. While their lacrosse skills were both understandably very raw at the beginning of the season, each made their marks on the program with their impeccable work ethics and personalities. While every athletics program wants skilled players to be successful, every coach needs student-athletes with attitudes like Krew and Omar. Each were excellent role models for the other players to witness the courage it takes to be a junior and start a sport many others have been playing since early grade school.

I never witnessed either Krew or Omar be too nervous to try whatever a coach tried to teach them. That is a skill that will carry them far past high school lacrosse. Most games, Krew was the smallest guy on the field by far, yet he pushed himself to become the best JV face-off specialist we had. And this year, he would have provided us the varsity face-off depth every team needs.

Omar was a model of dedication and perseverance our program has never seen. Due to his Muslim faith and adherence to Ramadan, Omar was not able to eat or drink during daylight hours of much of our season last year. To do so in a sport that combines the physicality of football with the endurance requirements of soccer and basketball was inspiring, especially considering I never heard him complain. While lacrosse has a Native American background dating back hundreds of years, the more recent history tends toward East Coast participation. That has been transitioning over the past 10 years and Omar has been an example of that. Omar’s elite athleticism and tenaciousness had him set to be a member of our varsity long stick midfield rotation this year and I am sorry he did not have the chance to do so. Despite only having him in the program for more than one year, I am proud to be associated with Omar as a positive leader, teammate and overall person."