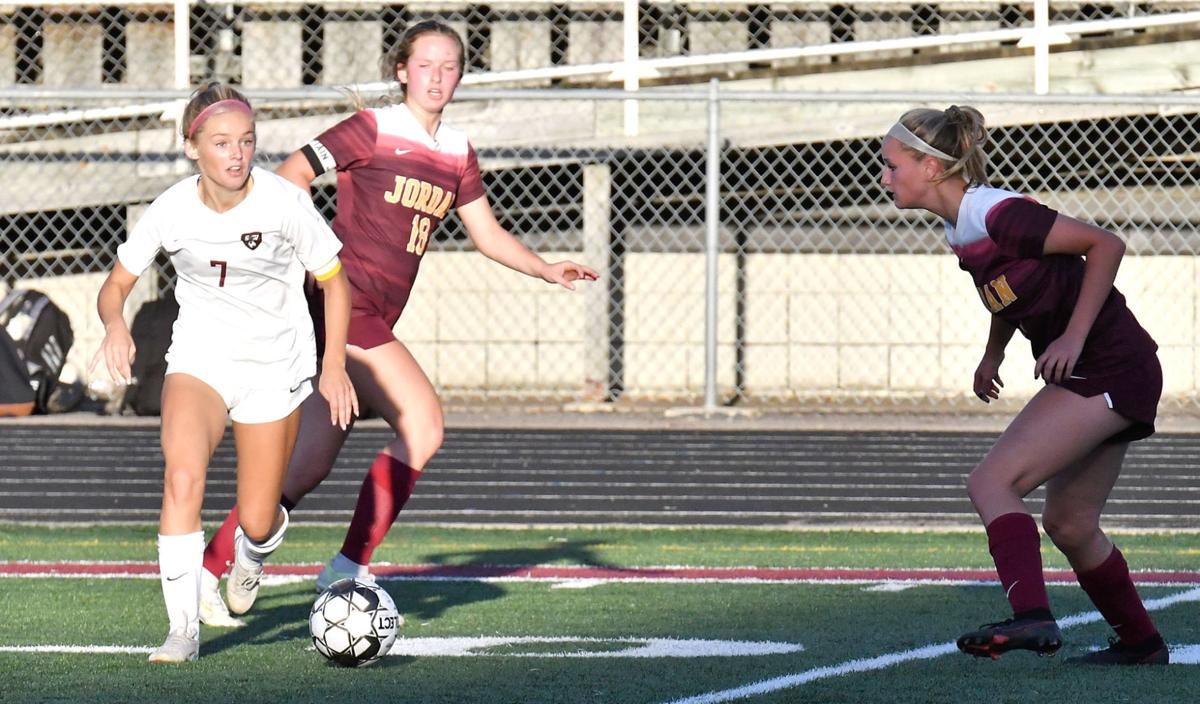 Southwest Christian captain Sophie Hotchkiss moves the ball up the field in the second half against Jordan, the Stars leading 2-0 in their 10th win of the season. 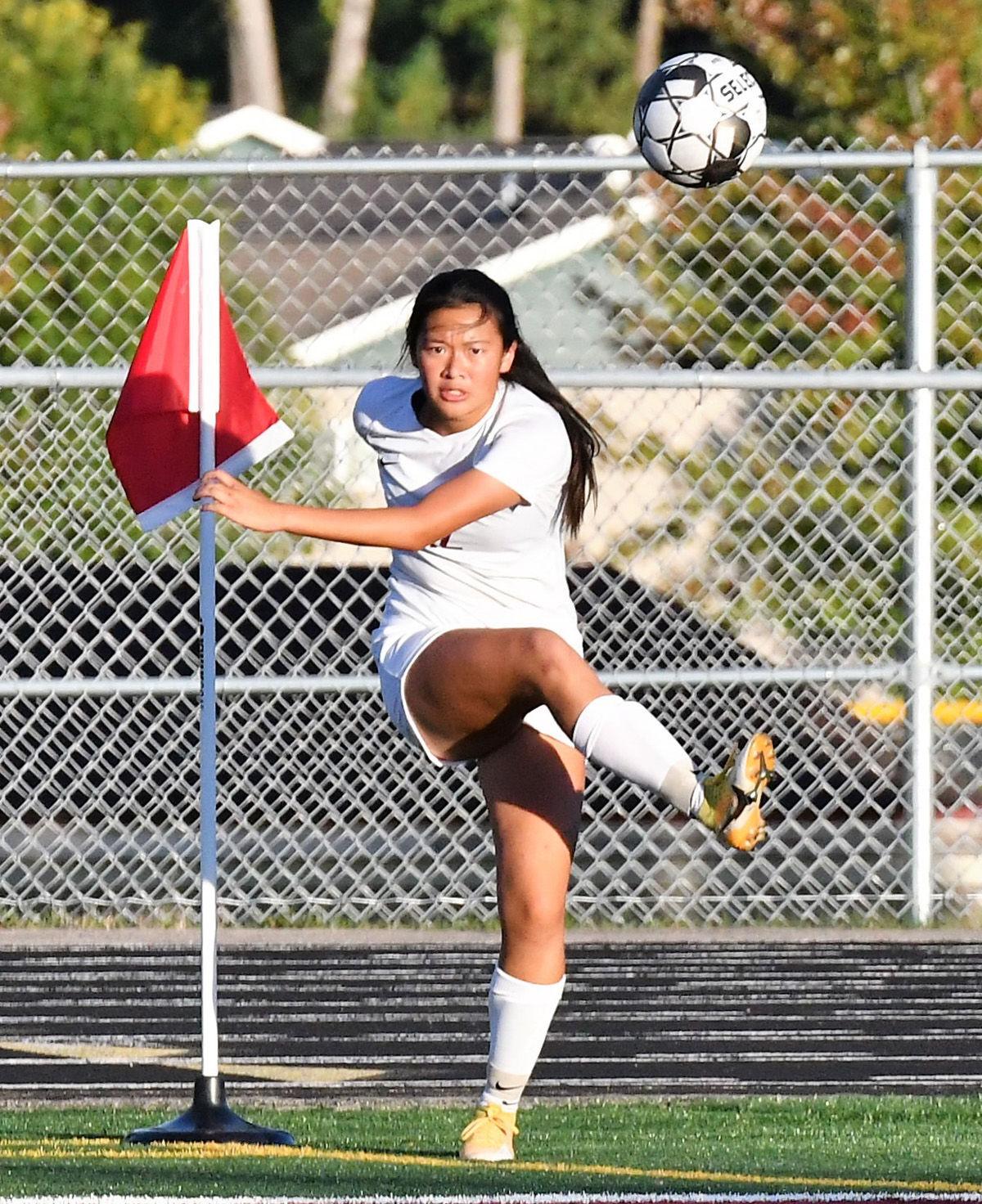 Sophia Anderson drills a corner kick toward the net in Southwest Christian's 2-0 win over Jordan on Sept. 23. 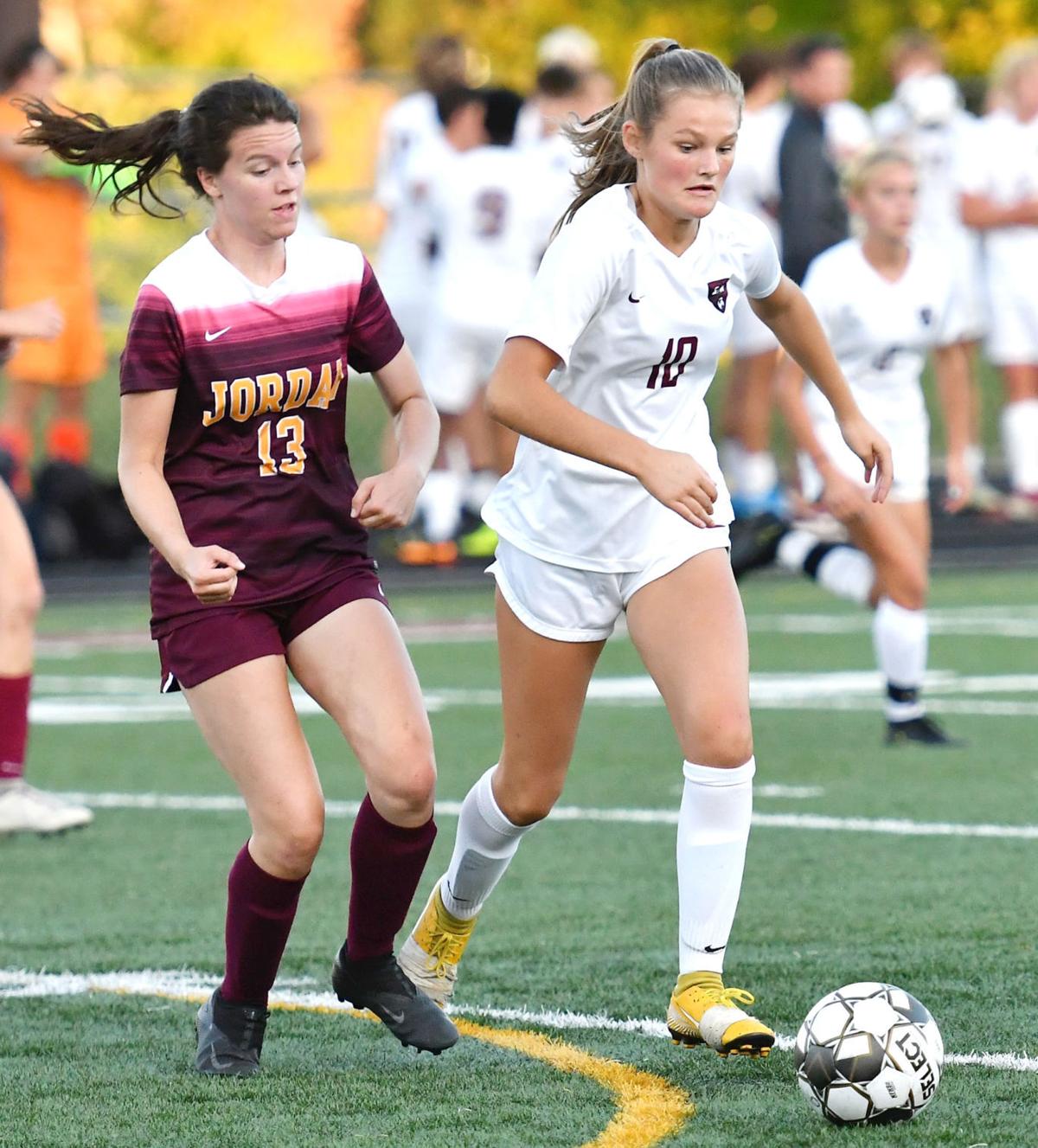 Madeline Hotchkiss (10) and Southwest Christian are off to a 10-0 start this season, improving to 5-0 in the Wright County Conference with a 2-0 win at Jordan on Sept. 23.

Southwest Christian captain Sophie Hotchkiss moves the ball up the field in the second half against Jordan, the Stars leading 2-0 in their 10th win of the season.

Sophia Anderson drills a corner kick toward the net in Southwest Christian's 2-0 win over Jordan on Sept. 23.

Madeline Hotchkiss (10) and Southwest Christian are off to a 10-0 start this season, improving to 5-0 in the Wright County Conference with a 2-0 win at Jordan on Sept. 23.

Southwest Christian secured its first boys soccer conference title since 2015, in its first season in the Wright County Conference, a 5-0 win over Jordan on Sept. 23.

The Stars are 6-0 in the league standings, 1 1/2 games ahead of Holy Family Catholic and Watertown-Mayer with one contest left on Sept. 30 versus Delano.

The Stars led 2-0 at halftime.

Southwest Christian, with a five-match unbeaten streak, has five games remaining beginning with a road contest at Blake School on Tuesday, Sept. 28.

In the girls game, scoreless almost 30 minutes into the contest, Lauren Walmer's blast from the right side of the box gave Southwest Christian the lead for good in a 2-0 win on Sept. 23.

Walmer's goal, with 11:43 remaining, was followed just 21 seconds later as Grace Sommerness beat the Jaguar defender to the loose ball after a misplay on a Walmer through ball.

Southwest Christian, now 10-0 overall, is 5-0 in the Wright County Conference, one game ahead of Holy Family Catholic with two matches to play. The Stars can clinch at least a share of the league title with a win on Sept. 30 against Delano.

Holy Family Catholic put up a touchdown in each half, a 13-2 home win over Hutchinson/Glencoe-Silver Lake in boys soccer on Sept. 23.

Already leading 1-0 on a Maeve Kelly goal off a pass from Maggie Dowling, the Fire scored twice in the final 10 minutes of the first half, scores from Mary Furlong and Kelly for the 3-0 halftime advantage.

Furlong's second goal, on a beautiful through from Dowling, upped the lead to 4-0 with 30 minutes to play.

Holy Family Catholic is at Minnehaha Academy in a top-10 showdown on Saturday, Sept. 25.

It was the 11th victory of the season for the Storm.

Mary Cate Ziembiac had a team-high 12 kills with Amber Kraft and Ellie Smith each adding five kills. Ella Williamson finished with 10 assists and four of the Storm's 16 aces, while Chloe Rogers had eight digs and three aces.

Yaya Schmidt won a hard-fought match at fourth singles, a 6-4, 7-5 decision, for Southwest Christian in a 6-1 loss to Mound-Westonka.

Ava Boen and Issy Bergstrom were just points away from a win at third doubles as well, a 7-5, 7-6, with a tie-breaker score of 7-5, for the Stars.

Chanhassen improved to 11-2 overall, a 7-0 win over New Prague on Sept. 23. The Storm are 6-1 in the Metro West Conference with matches against Orono and Robbinsdale Cooper remaining in league play.