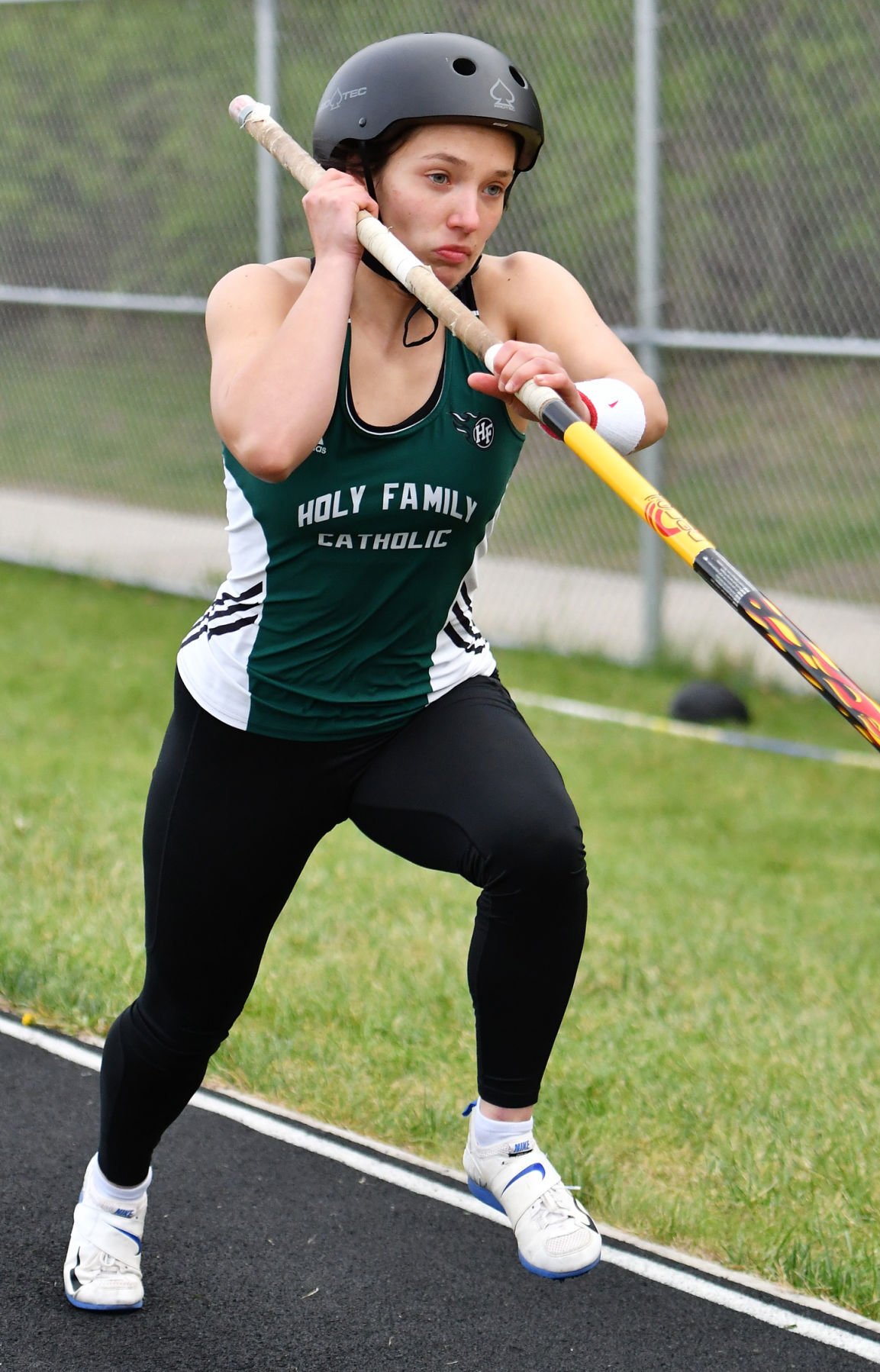 Julia Red Wing, already the pole vault school record holder, eclipsed a new height May 3 in a meet in Jordan. The Holy Family Catholic senior hit 10 feet over the bar. 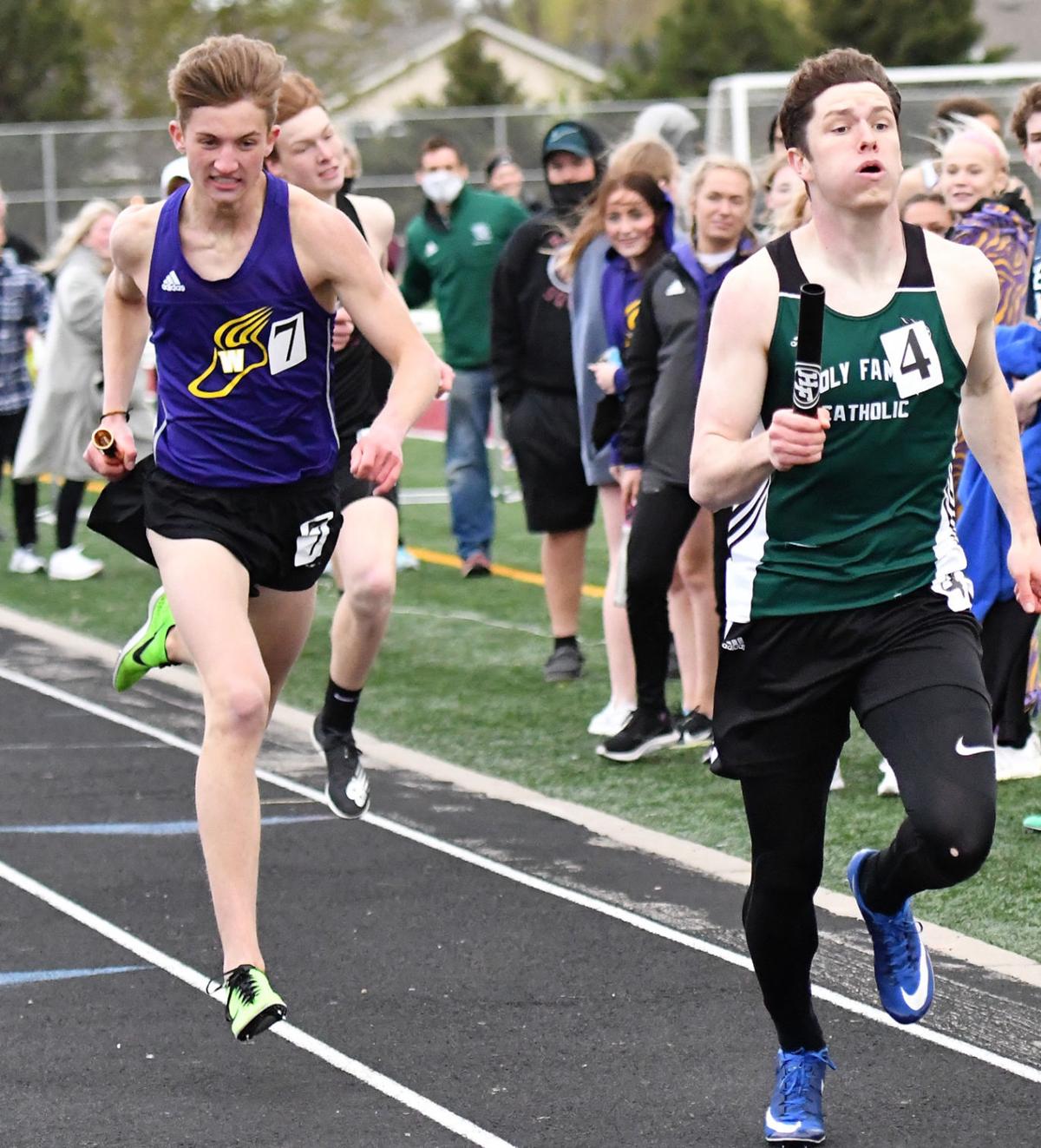 Joey Richelsen holds off a strong challenge from a Waconia runner to win the 4x400 relay for Holy Family Catholic in the anchor leg.

Julia Red Wing, already the pole vault school record holder, eclipsed a new height May 3 in a meet in Jordan. The Holy Family Catholic senior hit 10 feet over the bar.

Joey Richelsen holds off a strong challenge from a Waconia runner to win the 4x400 relay for Holy Family Catholic in the anchor leg.

Records are meant to be broken, and Holy Family Catholic senior captains Alexa Cuadros and Julia Red Wing are making sure they are.

Cuadros had a throw of 35 feet, 9 3/4 inches, to break an 11-year-old record in shot put for the Fire at a Wright County Conference quadrangular at Jordan High School on May 3.

🚨Another School Record Falls! Senior Captain Alexa Cuadros with a 35’ 9.75” shot put throw to win the event and shatter a record that has stood since 2010. #Congrats! #GoFire @HolyFamilyFire @HFcrosscountry pic.twitter.com/cjQ87ZdlcR

Cuadros has been a top performing thrower for Holy Family Catholic all season, winning the shot event with a distance of more than 33 feet last week.

Red Wing, already the school record holder in triple jump and pole vault, bested her own performance from last week, hitting 10 feet for the first time on pole vault.

Red Wing was second to Cuadros in shot put (33 feet, 9 1/2 inches) and led a trio of Fire disc throwers in the top-four with a distance of 110 feet, four inches. Logan Paulsen and Cuadros were second and fourth, respectively, with throws of 99 feet, seven inches, and 95 feet, nine inches

Emma Schuele had the Fire's top individual finish on the track in fifth place in the 100-meter hurdles.

Holy Family Catholic's boys 4x400 relay threw down a time of 3:45.93 for first place in the last race of the evening. Team members were Jack Bauer, Bennett Russo, Wyatt Persful, and Joey Richelsen.

Team winners were Waconia for the girls and Jordan by a point for the boys.

Senior Felicia Luther broke a school record in discus with a throw of more than 75 feet at a meet in April only to be outdone by Southwest Christian teammate Mehlayna Straub.

On Tuesday in a Minnesota River Conference quadrangular at Tri-City United, Luther edged Straub by nearly four feet, breaking Straub's record with a throw of 87 feet, eight inches. Straub was just one foot off a personal-best at 83 feet, 10 inches.