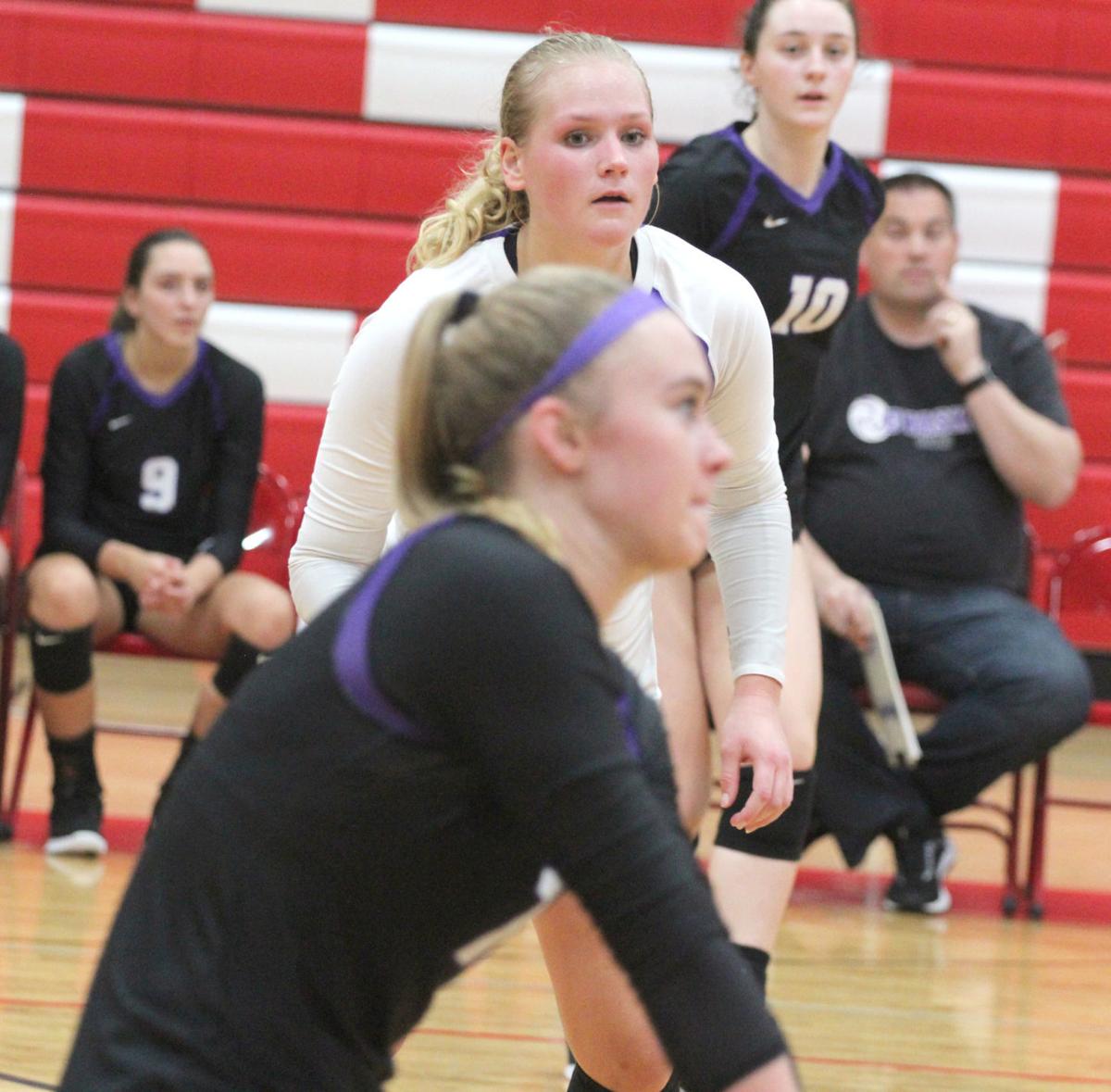 Brier Ziemer looks on as Mallory Heyer receives a serve in game two of Chaska's 3-0 win over Benilde-St. Margaret. Ziemer, a junior, captains the back row for the Hawks. 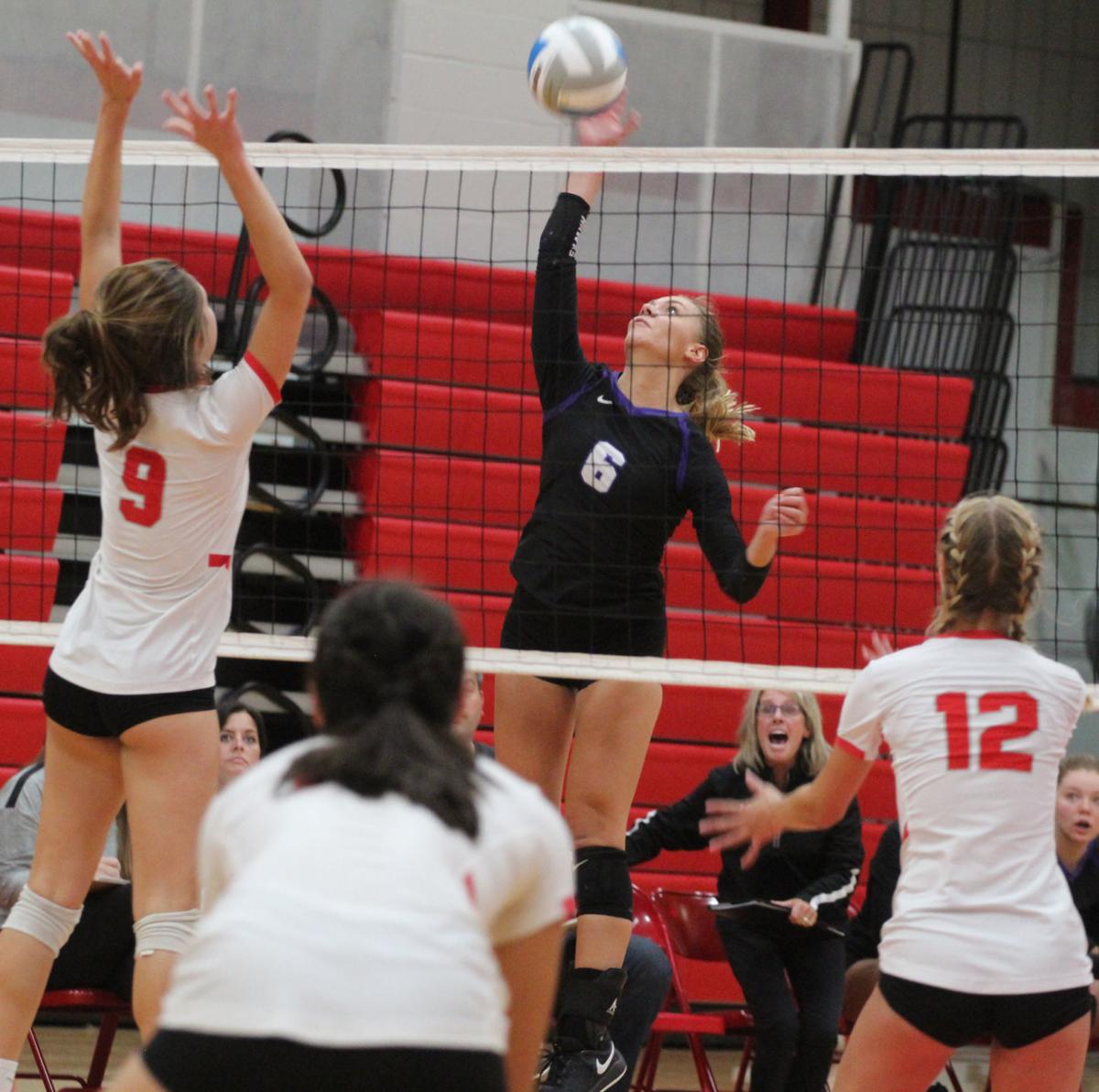 Anna Doolittle finds room down the middle of the court for a kill in game three for Chaska. 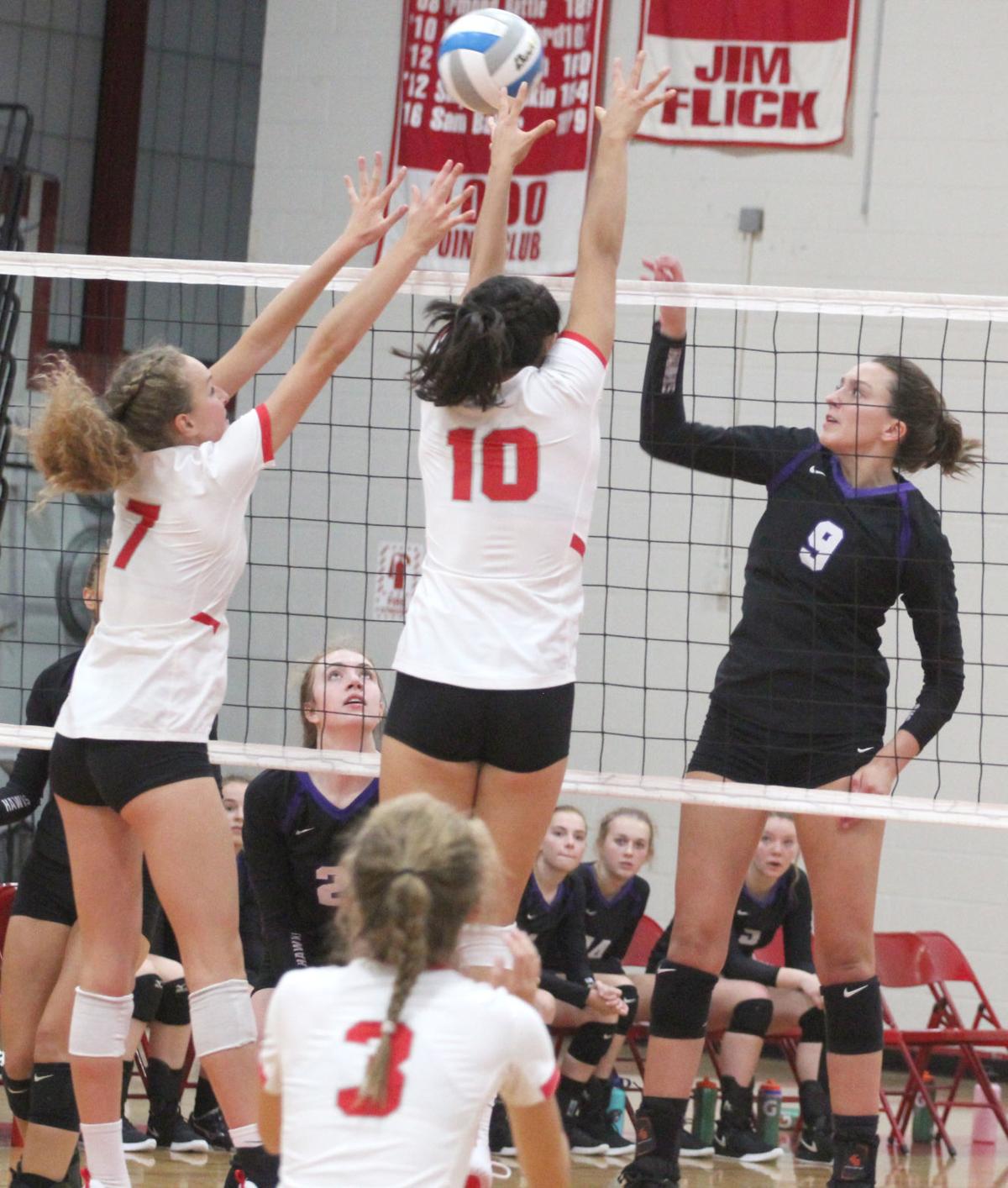 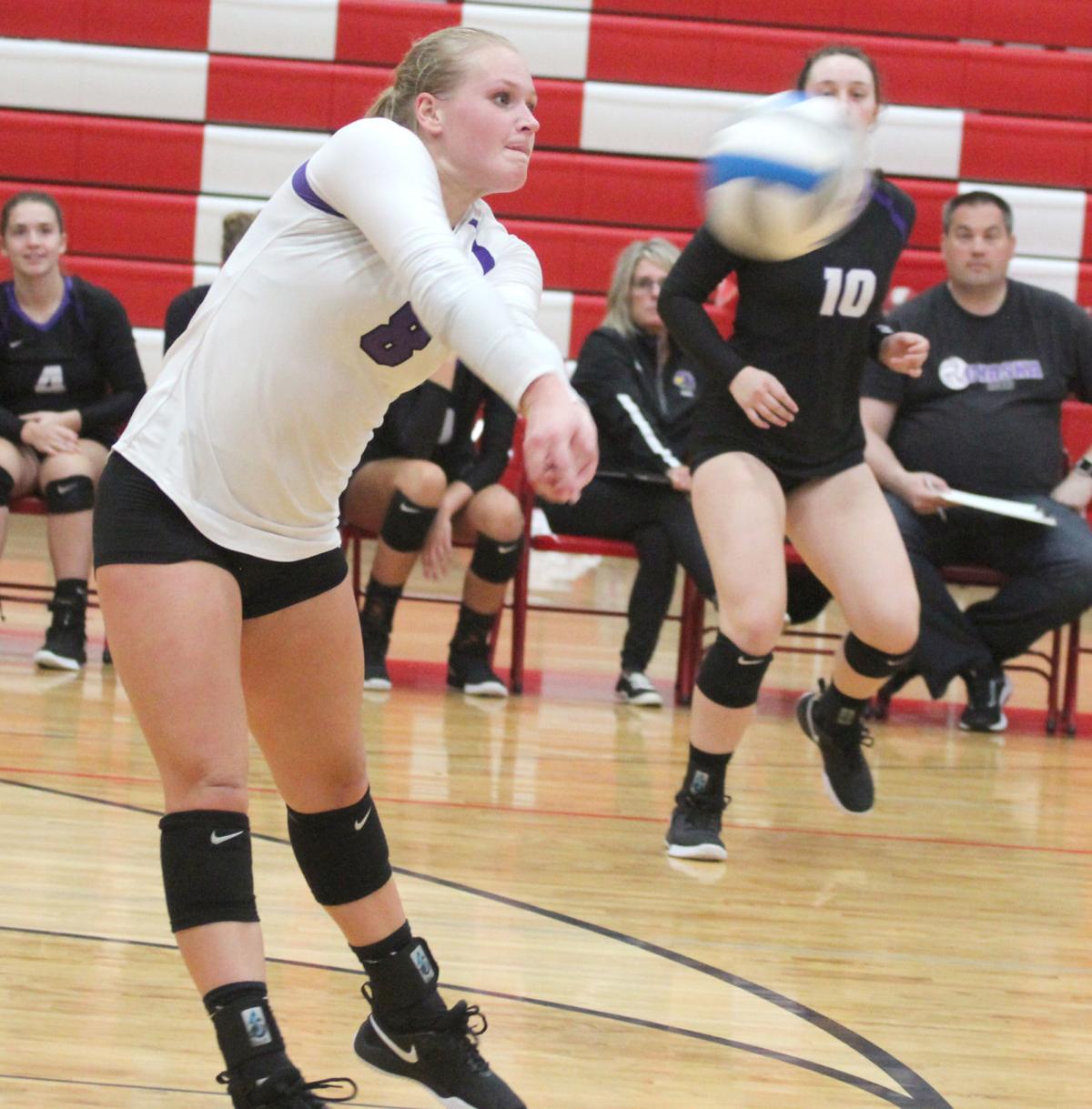 Brier Ziemer was one of three Chaska defenders with 15-plus digs in a 3-0 win over Benilde-St. Margaret Sept. 12.

Brier Ziemer looks on as Mallory Heyer receives a serve in game two of Chaska's 3-0 win over Benilde-St. Margaret. Ziemer, a junior, captains the back row for the Hawks.

Anna Doolittle finds room down the middle of the court for a kill in game three for Chaska.

Brier Ziemer was one of three Chaska defenders with 15-plus digs in a 3-0 win over Benilde-St. Margaret Sept. 12.

If Chaska could bottle up the second game from its Sept. 12 Metro West Conference opener, and play like that the rest of the season, Hawks coach Sue Murphy definitely would take it.

Chaska was everywhere on defense. They blocked, they dug. Even when host Benilde-St. Margaret managed to get the swing or tip over the net, most times than not there was a Hawk in the right spot.

Offensively, Mallory Heyer was setter Hannah Polk's target early on, four kills before a Red Knight timeout. Then the senior captain looked the way of Hanna Thompson in the middle, Anna Doolittle on the right side, and Ella Christ for the final point of game two on the outside.

A 25-16 score, but one that felt like Chaska from start to finish.

"For me, I was reading better. Everyone around me did their jobs and it turned out way better. As a whole, if you do your part, it ends up working out" Chaska libero Brier Ziemer, who had 15 digs in the win, said.

While game two was the highlight for the Hawks, it was game one that proved to be the turning point.

"The energy, you could tell, switched over. That was beneficial. Having that push, it really makes a difference," Ziemer said.

Chaska, facing game point twice, got a key kill from Thompson to tie the match at 25-25. Doolittle gave the Hawks a 27-26 lead before a Benilde-St. Margaret swing out of bounds ended the first set 28-26.

Big smash from Hanna Thompson for @Chaska_vb when Benilde had game point at 25-24 pic.twitter.com/UPB07JaYsw

Great to see Anna Doolittle on the court for @Chaska_vb. Big point at 27-26 pic.twitter.com/ew4MwhxaOv

A 6-0 run capped by a Paris Conkey ace and two well-placed shots from Doolittle helped Chaska pull away at 17-8 in game two.

Different Hawks team than I saw versus Wayzata. Starting with passing. They seemed to get to everything there pic.twitter.com/q26cQe8IvS

A back and forth final game was ended on a tip shot from Chaska's Jordan Campbell at 25-21.

Heyer finished with 13 kills and 18 digs, both team-highs, had an ace and two solo blocks as well. Christ (nine), Thompson (seven) and Doolittle (seven) were other offensive leaders.

Doolittle added 16 digs and two aces on the service line.

The victory was the third consecutive after seven losses in nine matches to open the season. That stretch included 3-2 defeats to No. 5 Lakeville South and Prior Lake, and a losses to No. 1 Eagan, No. 3 Wayzata and No. 6 Shakopee.

Wins over Totino-Grace and Hutchinson to conclude a tournament in Marshall Sept. 6-7, the fourth and fifth matches over two days, were positive steps for what's ahead.

"We were down in some sets and we came back and won. I think it's because we've been playing a really tough schedule. We have to put the pedal down and just go. Those tough games have been benefiting us," Ziemer said.

Chaska's next four-game stretch is a doozy. St. Louis Park, on Tuesday, Sept. 17, is undefeated at 8-0, including wins over Hopkins and St. Michael-Albertville.

Chaska will know by the end of the month if they have what it takes to win the league title.

"These are my favorite times. Close games, let's go. These are so fun," Ziemer said.

Chanhassen outpointed Bloomington Kennedy 75-26 in a three-game sweep Sept. 12, improving to 2-0 in the Metro West Conference.

Lauren Snader had a match-high 11 kills for the Storm on Youth Night.

Minnetonka notched its 10th win of the season, a 3-1 decision at Bloomington Jefferson on Sept. 12.

No other match information was available.

The Skippers play in the Chanhassen Invitational at 9 a.m. on Saturday, Sept. 14.

It was the first loss in three Minnesota River Conference matches for the Stars.

Southwest Christian finished with 51 kills as a team led by Mackenzie Close with 15. Estelle Haugen and Madeleine Lemkuil added 14 and 11 kills, respectively.

9am: North St. Paul vs Cambridge-Isanti, Minnetonka vs Alexandria

10am: Chanhassen vs Cambridge-Isanti, Minnetonka vs North St. Paul

11:30am: Minnetonka vs Chanhassen, Alexandria vs North St. Paul