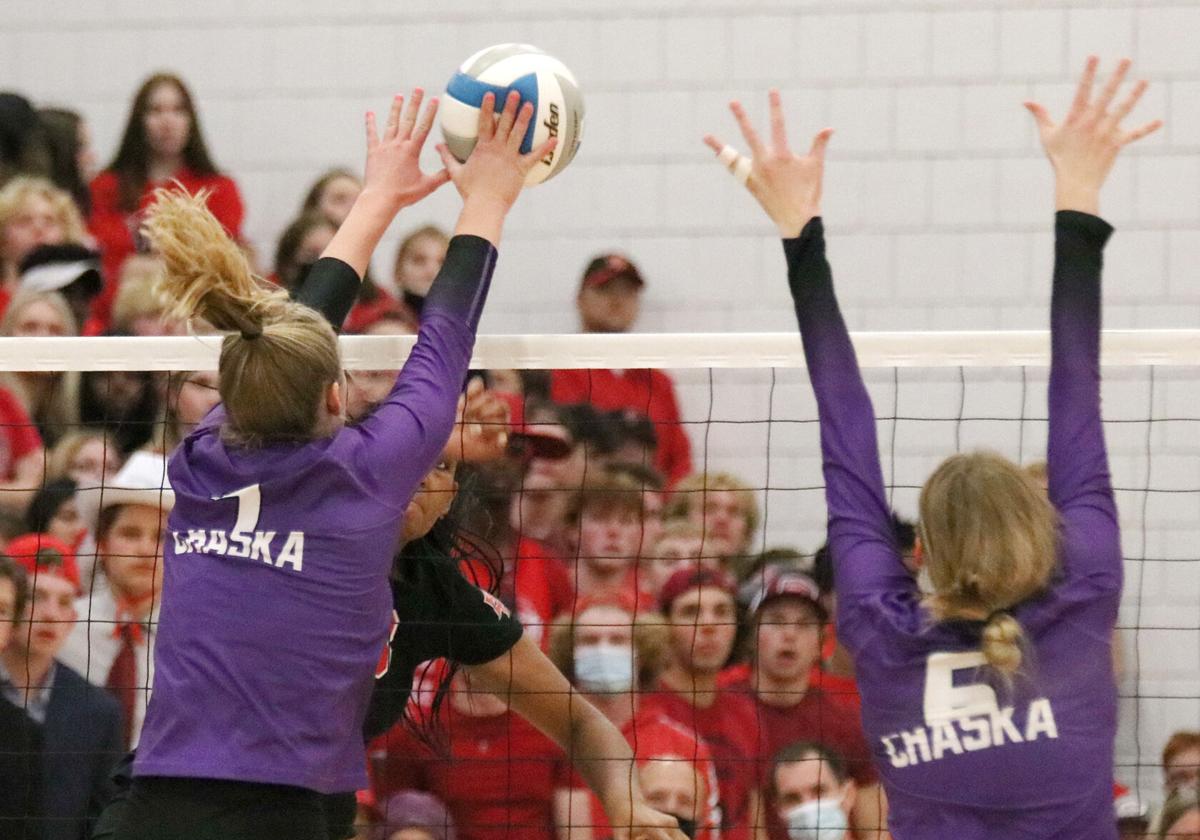 Mallory Heyer, playing in her final Chaska volleyball match, with a block for a point on the swing of Eden Prairie's Kendall Minta. 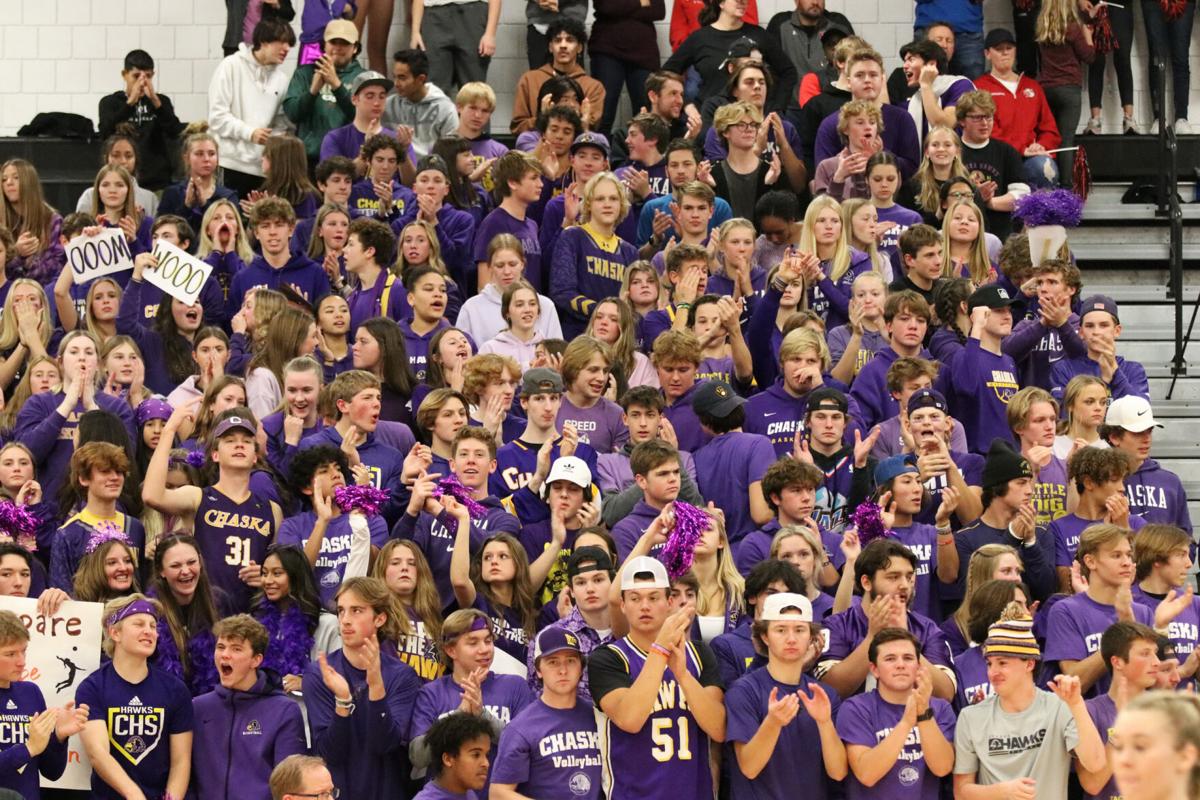 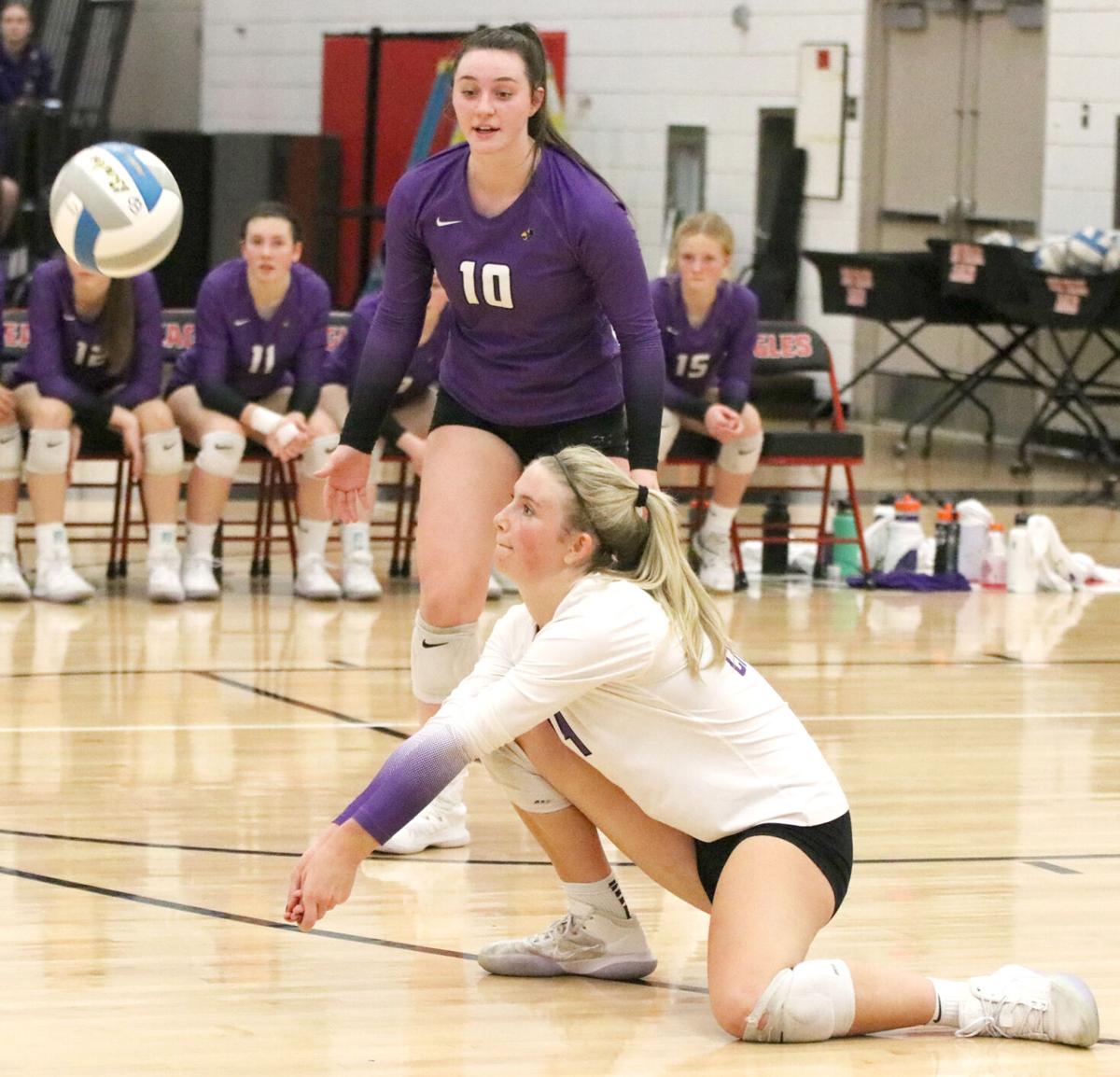 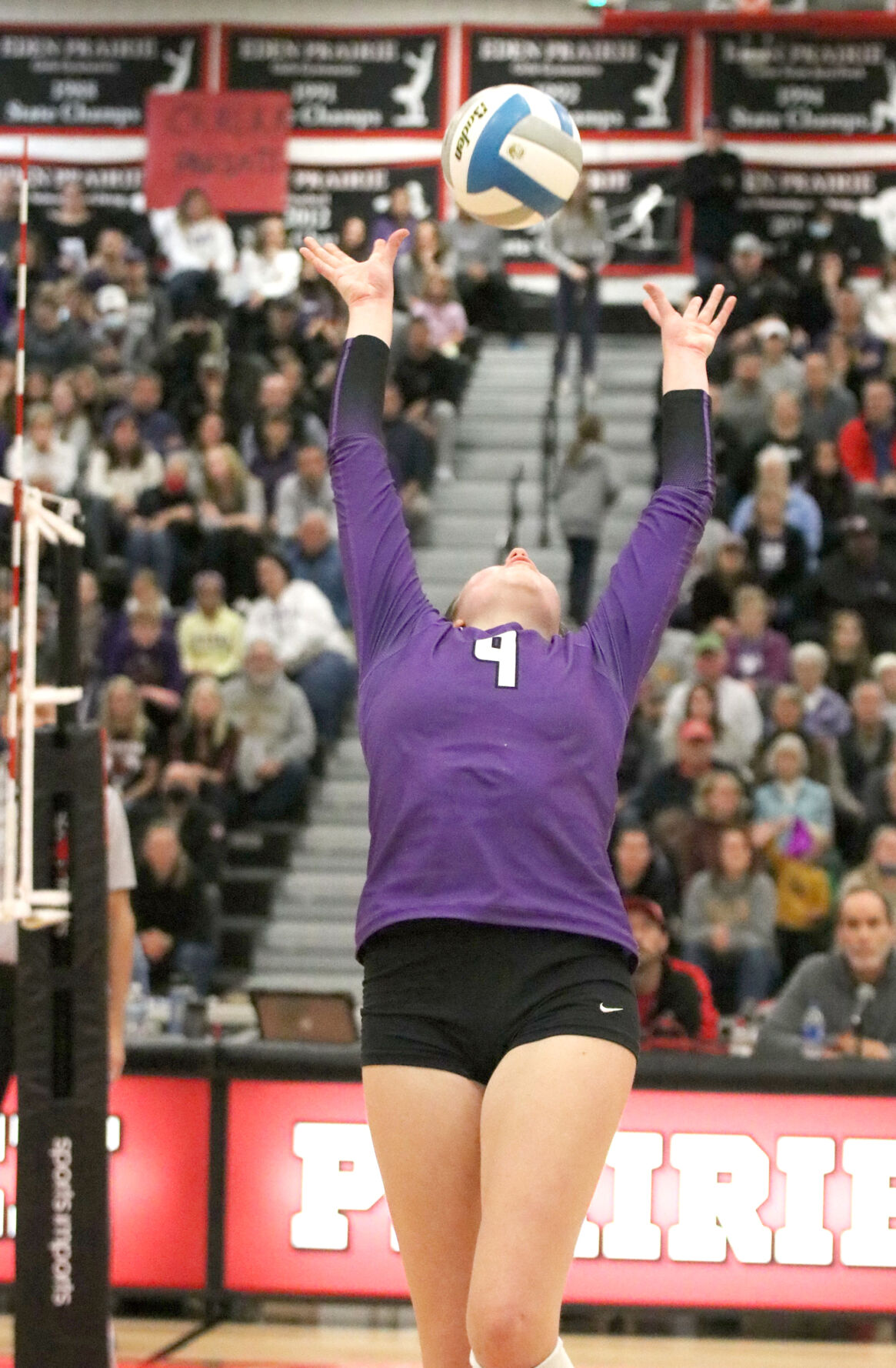 Mallory Heyer, playing in her final Chaska volleyball match, with a block for a point on the swing of Eden Prairie's Kendall Minta.

Forty-two kills in three sets usually means a victory in high school volleyball. For fourth-ranked Chaska, those offensive numbers came in a 3-0 loss in the Section 2AAAA championship to third-ranked Eden Prairie on Oct. 4.

So, how did the Eagles win despite being outhit?

Eden Prairie had eight aces to three for the Hawks at the service line. Add in 10 serving errors, six alone in game one, and those free points added up for the Eagles.

Eden Prairie was also stingy at big points in the match, never allowing the Hawks to score more than one or two points in a row.

How close was the match?

In the first two sets alone, the two teams traded leads 11 times, and were tied 19 times.

Rosenberg was credited with five blocks with Kiki Thompson added two, while Christ had two of the Hawks' three aces, both in set one.

Like Chaska, Eden Prairie hit from all spots on the court. Lillian Ekness and Paige O'Connell totaled 17 kills between them, while middle hitter Kendall Minta led the Eagles with 13 kills.

Piper Lange, Cameron Berger and Evelyn Skattum all played a role as well on the front line with libero Katelyn Jensen serving up two aces.

It is the first trip to the state tournament for Eden Prairie since 2014.

With Eagan's 3-2 loss to East Ridge, Eden Prairie should receive the No. 2 seed behind unbeaten and defending champion Wayzata.