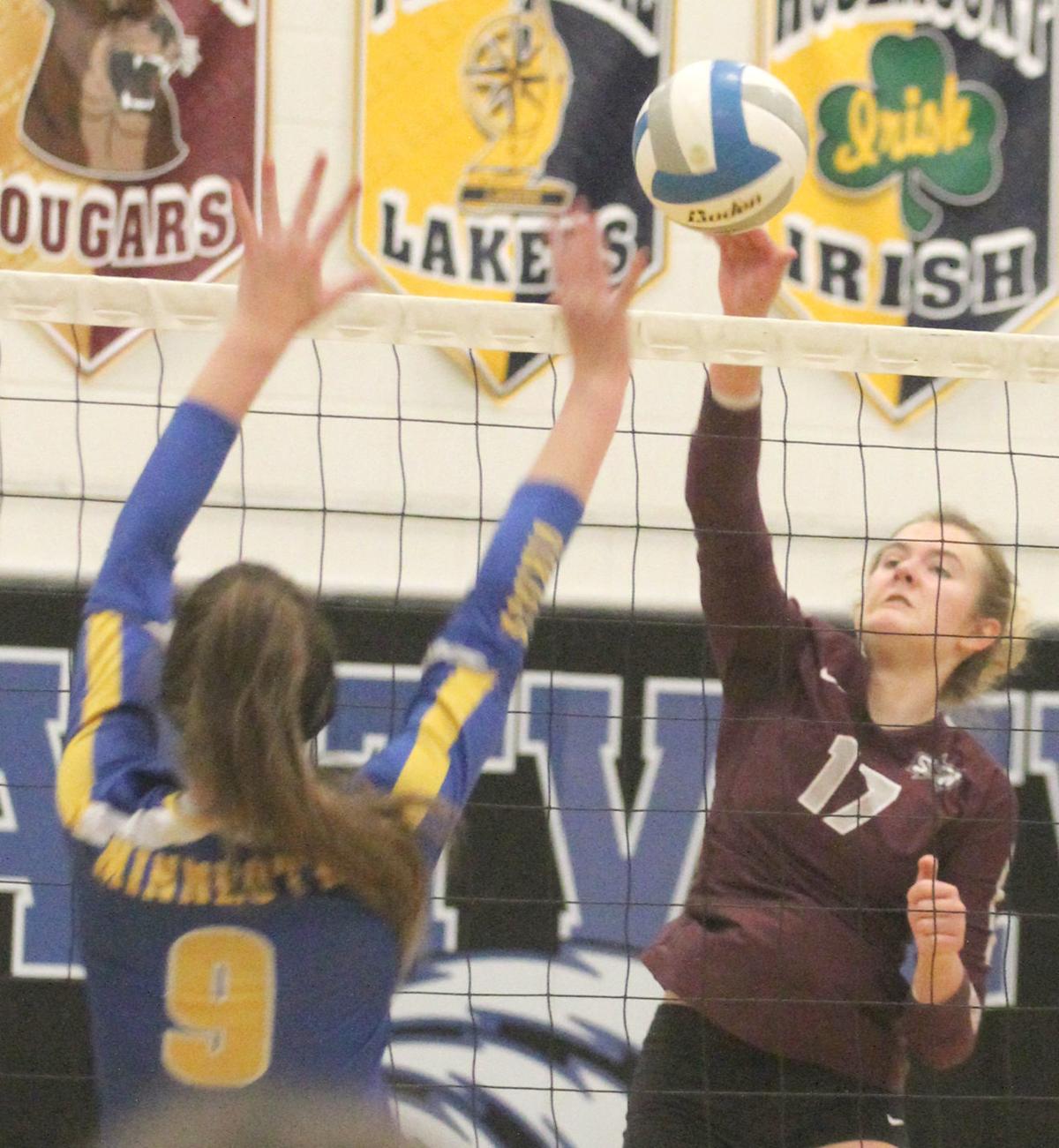 Southwest Christian senior Madeleine Lemkuil’s a rare six-rotation right-side hitter, a new position this season. She has more than 200 kills and digs this season. 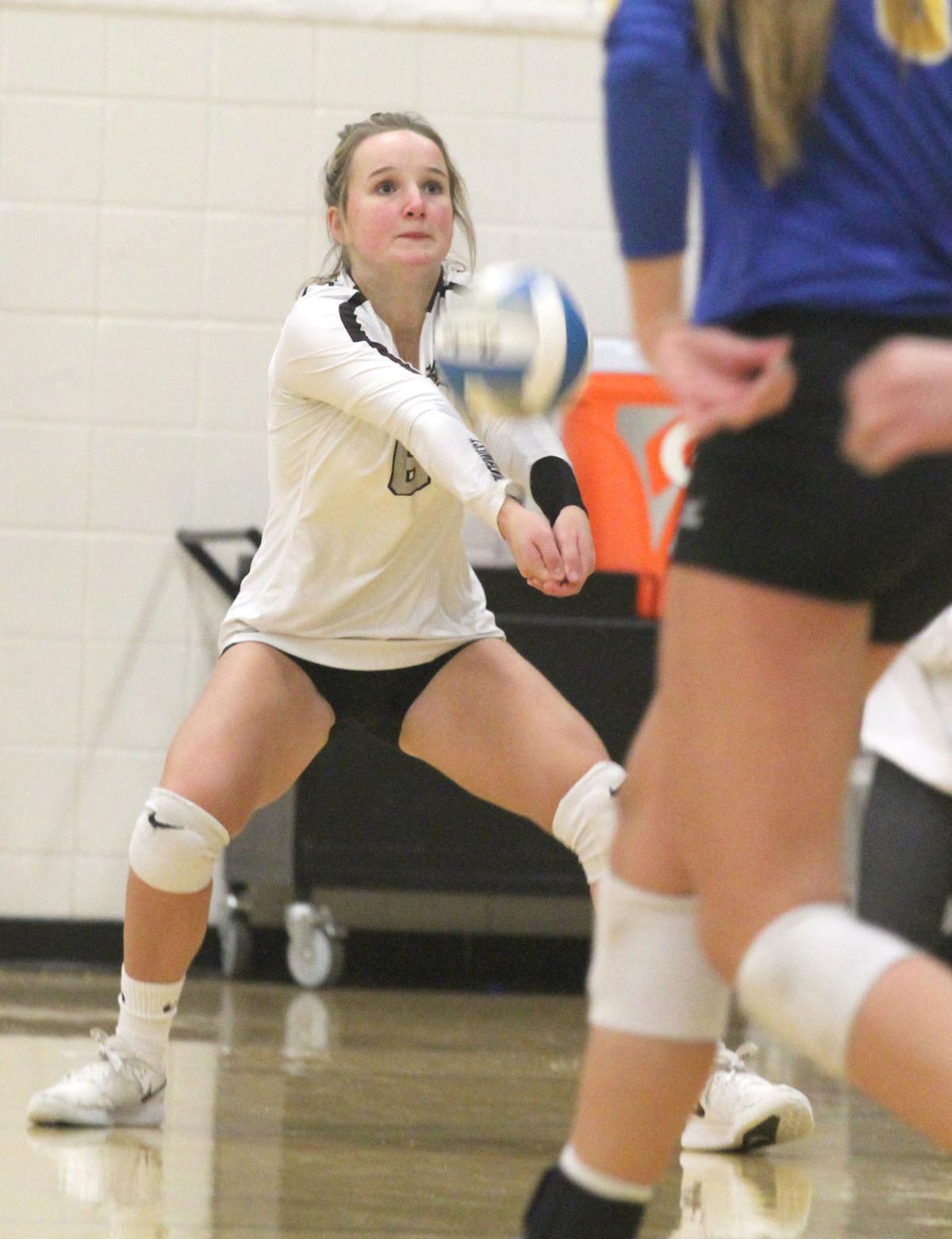 Marissa Agrimson receives a serve for Southwest Christian in a tournament match against Minneota Oct. 12. Agrimson, a senior, leads the Stars in serving and digs. 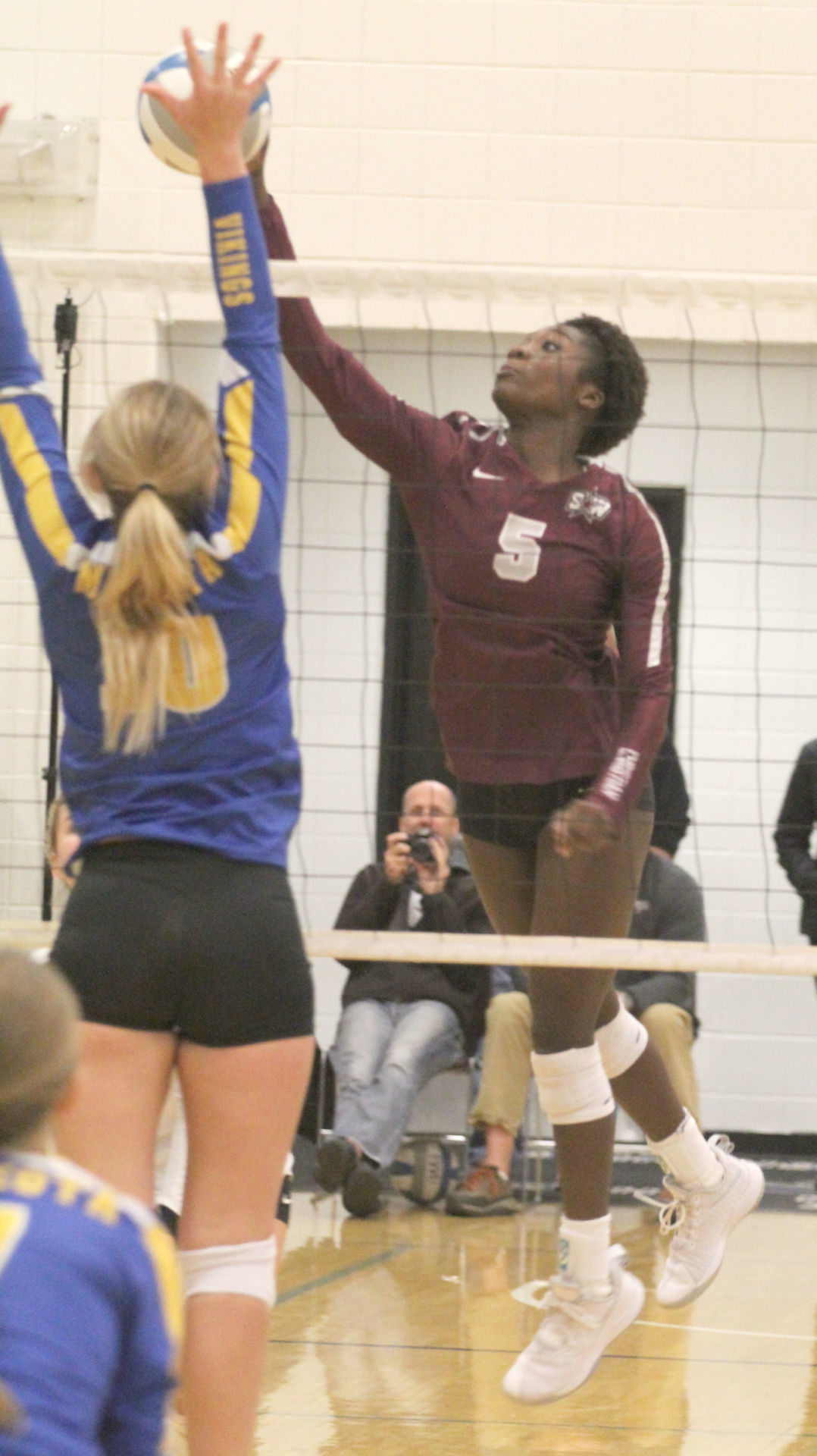 Callie Coughlin scored three consecutive points for Southwest Christian in a game one rally against Minneota Oct. 12 at the Eastview Invitational. 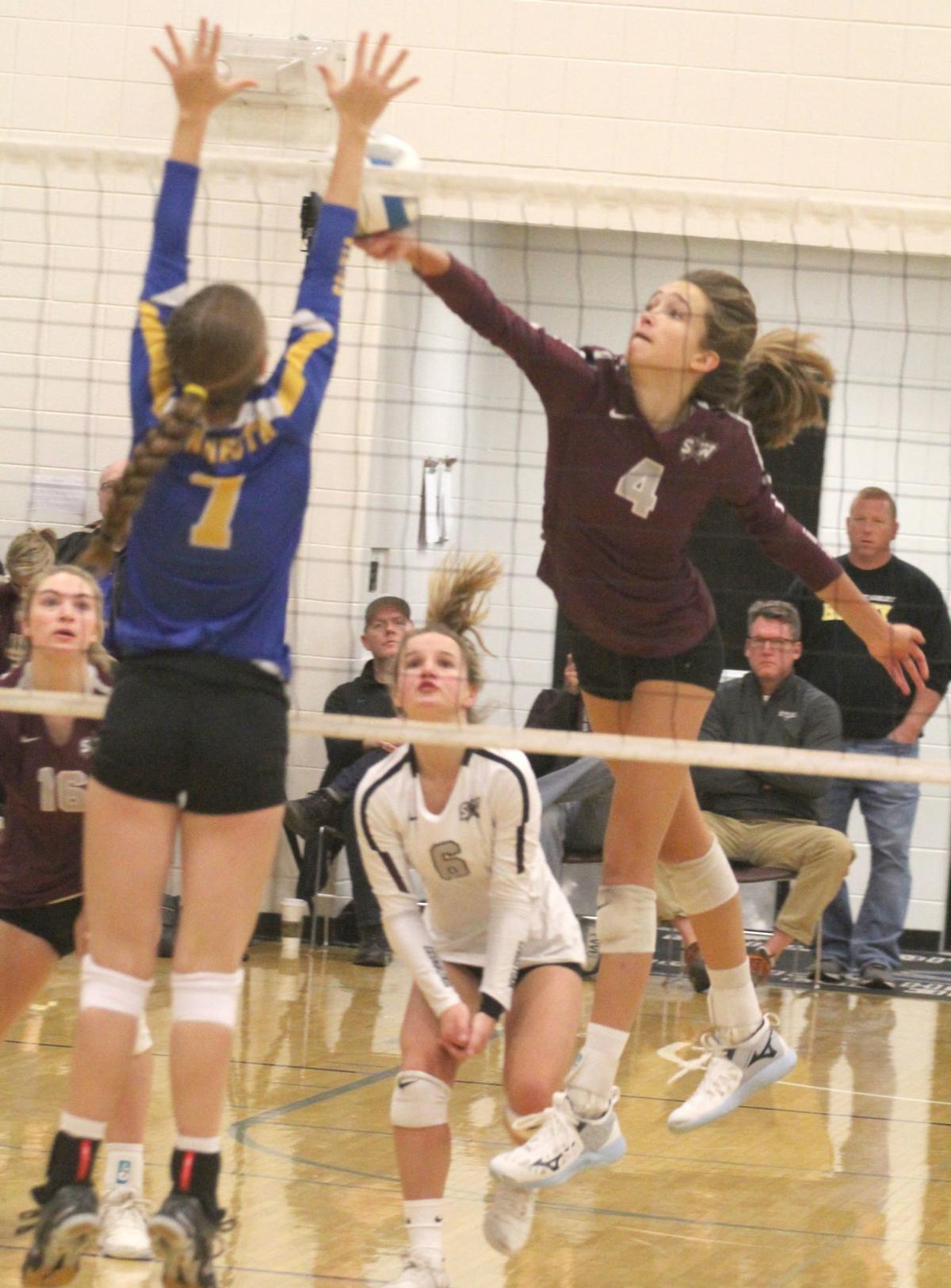 Estelle Haugen attempts a punch of the ball on a tight set on the net for Southwest Christian Oct. 12 in a tournament in Apple Valley.

Southwest Christian senior Madeleine Lemkuil’s a rare six-rotation right-side hitter, a new position this season. She has more than 200 kills and digs this season.

Marissa Agrimson receives a serve for Southwest Christian in a tournament match against Minneota Oct. 12. Agrimson, a senior, leads the Stars in serving and digs.

Callie Coughlin scored three consecutive points for Southwest Christian in a game one rally against Minneota Oct. 12 at the Eastview Invitational.

Estelle Haugen attempts a punch of the ball on a tight set on the net for Southwest Christian Oct. 12 in a tournament in Apple Valley.

Madeleine Lemkuil's first day of practice as a freshman, she introduced herself and the position she'd like to play.

"I think I said, 'no you're not. You're an outside.' We had Mackenzie Close. We had Avery Dockter. We had Brenna Krommendyk. 'There's no reason for you to be a middle. You're more multi-faceted them all of them. You're now an outside hitter. Congrats!'" Sayuk added.

After three years of playing outside, Lemkuil found herself being moved again this season, to the right side. The result has been a career-high 203 kills, giving the Stars another hitting option along with Close and Estelle Haugen.

And that's just the beginning for Lemkuil. She leads the team with 43 aces and she's fourth in digs at 222.

A rare six-rotation player that hits out of the right side.

Thinking a bit outside the box has worked for Southwest Christian this season. The sixth-ranked Stars, 18-8 overall, use two players for 1 1/2 rotations each. And they use one hitter, Close, at three hitting positions.

A former middle, Sayuk moved Close to the outside opposite Haugen.

"You're always thinking about what's going to be your best combination on the court. Some of my experiments have worked out, so that's probably what has been the biggest surprise this season," Sayuk said. "Mackenzie plays three positions at the net. That's something I've been dead set against in the past. I never wanted someone to have to learn multiple positions. I always felt learning everything with one position, the high skill IQ we demand from the players, was enough. She's done it and done it well."

Southwest Christian, looking for its first section title since the jump to Class AA in 2015, continues to play the best, regardless of class.

Of the 26 matches, 11 have come against ranked opponents. They knocked off Class A No. 1 Mayer Lutheran in three sets Oct. 10. Yet other times with chances to win against the best, the Stars have come up short.

Southwest Christian went 2-2 at the Eastview Invitational Oct. 11-12, three-game losses to Class A No. 3 Minneota and Class AA No. 4 Concordia Academy.

"I really think it's match-ups. Looking at the stats, between Mayer and Minneota, even Concordia, there's not much to see that different. We missed one serve against Mayer. For a high school team, that's pretty rare. In all three, passing was there. We served fine," Sayuk said.

The key against Mayer Lutheran may have been that the Stars didn't beat themselves. Their height played above the net, neutralizing the Crusaders' powerful hitting attack.

"All the teams we've lost to are well-above average defensively. You watch Belle Plaine and if you look at each player individually on defense, nothing stands out. You look at them collectively and they don't have any holes. Everybody is solid. There are no legitimate open spots on the court for you to swing," the Stars coach said.

Southwest Christian, which closes out the regular season on Tuesday, Oct. 15 against Sibley East, a chance to win the Minnesota River Conference with a win and a Belle Plaine loss to Mayer Lutheran, defeated Rosemount (25-22, 25-15) and Andover (25-21, 23-25, 15-10) over the weekend.

Libero Marissa Agrimson was team leader with 50 digs with Haugen and Luther finishing with three and two aces, respectively.

The 2019 season ending is yet to be decided. How far the Stars figure to go in the post-season will likely come down to one factor.

"It's hard to practice being clutch. We've struggled closing out sets, even matches. We had Eagan on the ropes. We had Belle Plaine on the ropes at their place. We had two match points in game one against Minneota. It's always easier to remember those matches, not the ones you won. We have had a boatload of comeback wins, too," Sayuk said.

Southwest Christian has thrown some punches, taken some too. One thing's for sure, what's ahead is always fun in this program.