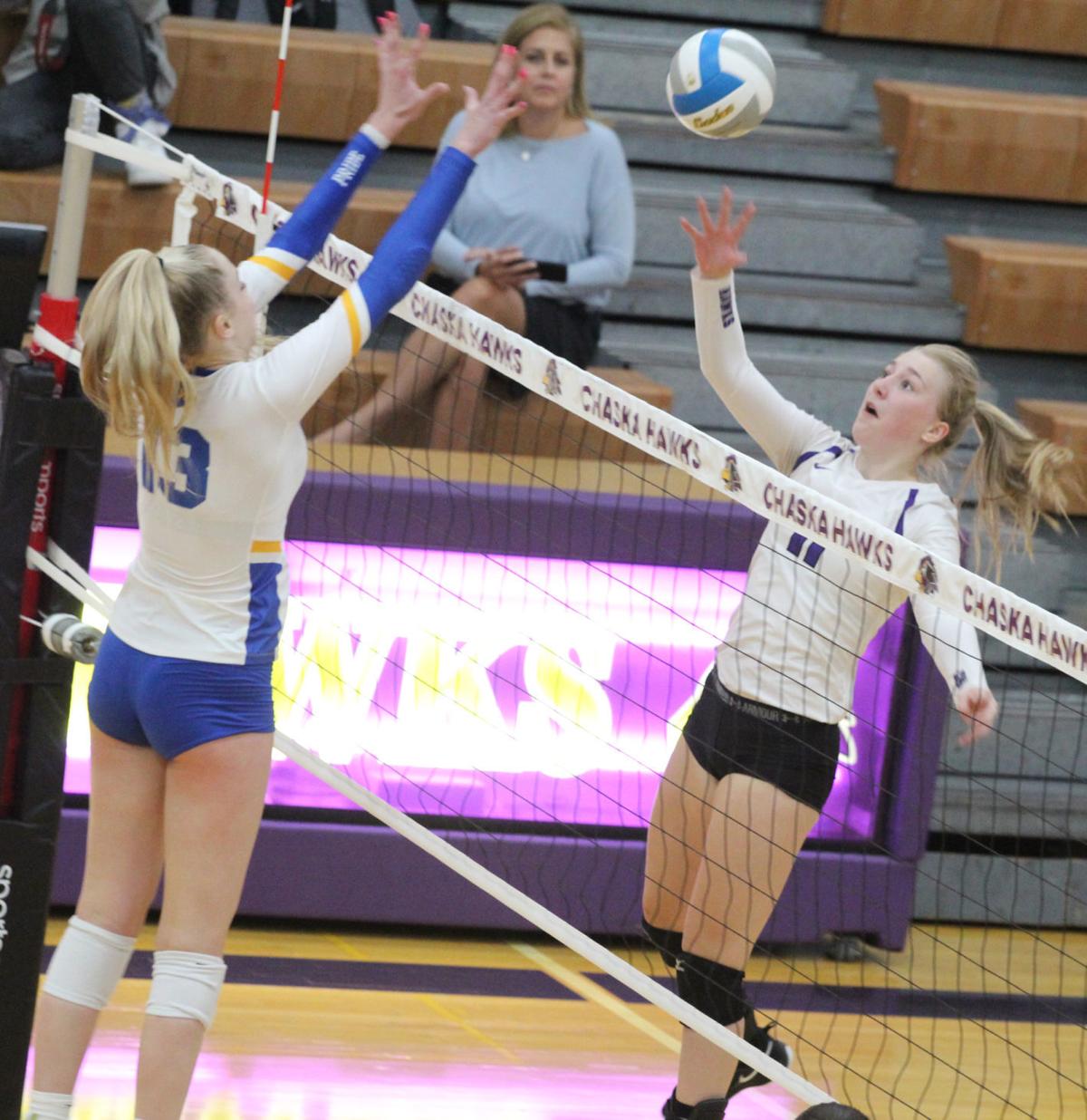 Chaska’s Jordan Campbell with the tip over the block of Wayzata’s Sophie Jeseritz in a non-conference match Aug. 27. Campbell is one of five seniors on the Hawks’ roster. 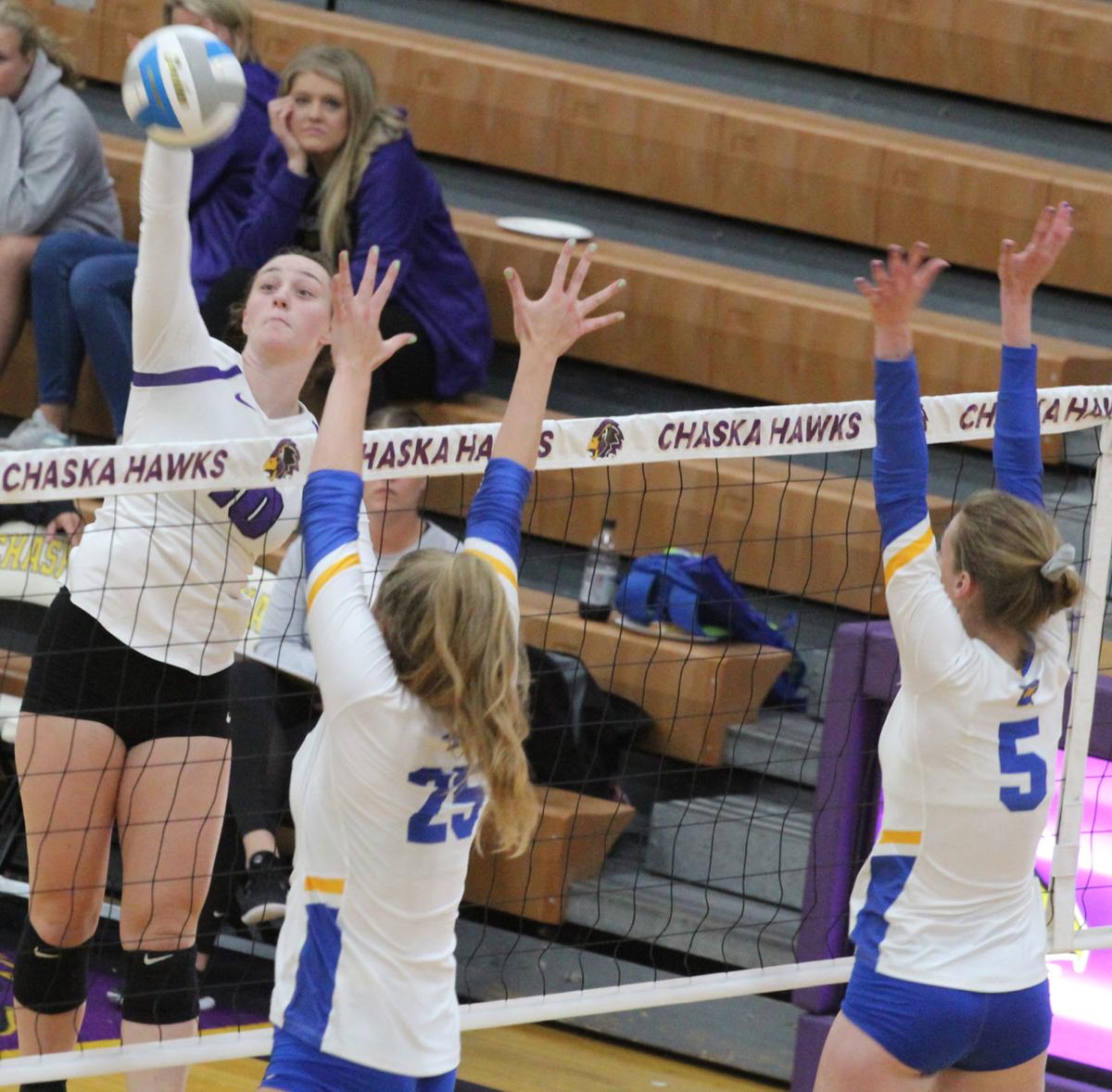 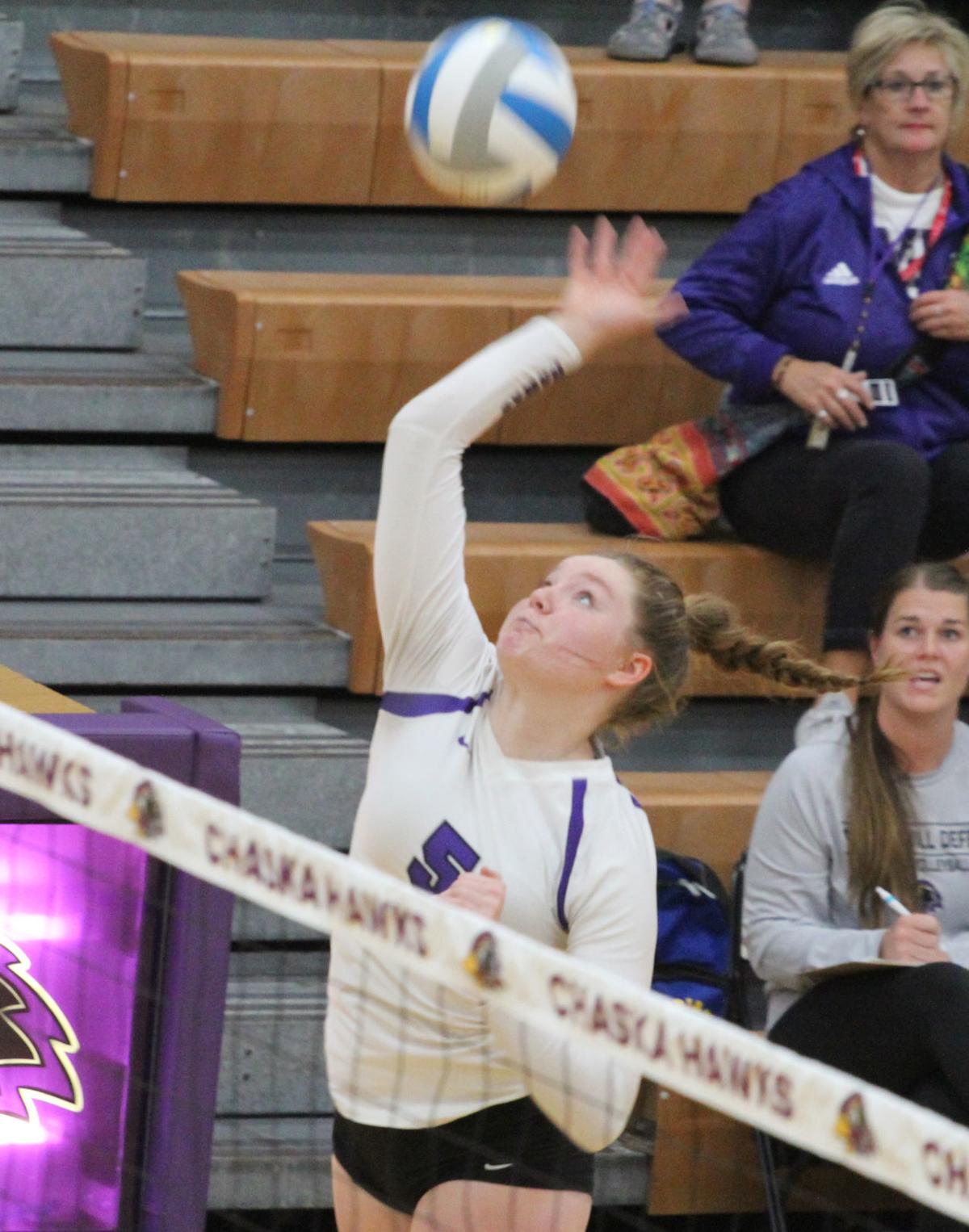 Samantha Schmidt rises above the net for a swing in Chaska’s home opener versus Wayzata Aug. 27. 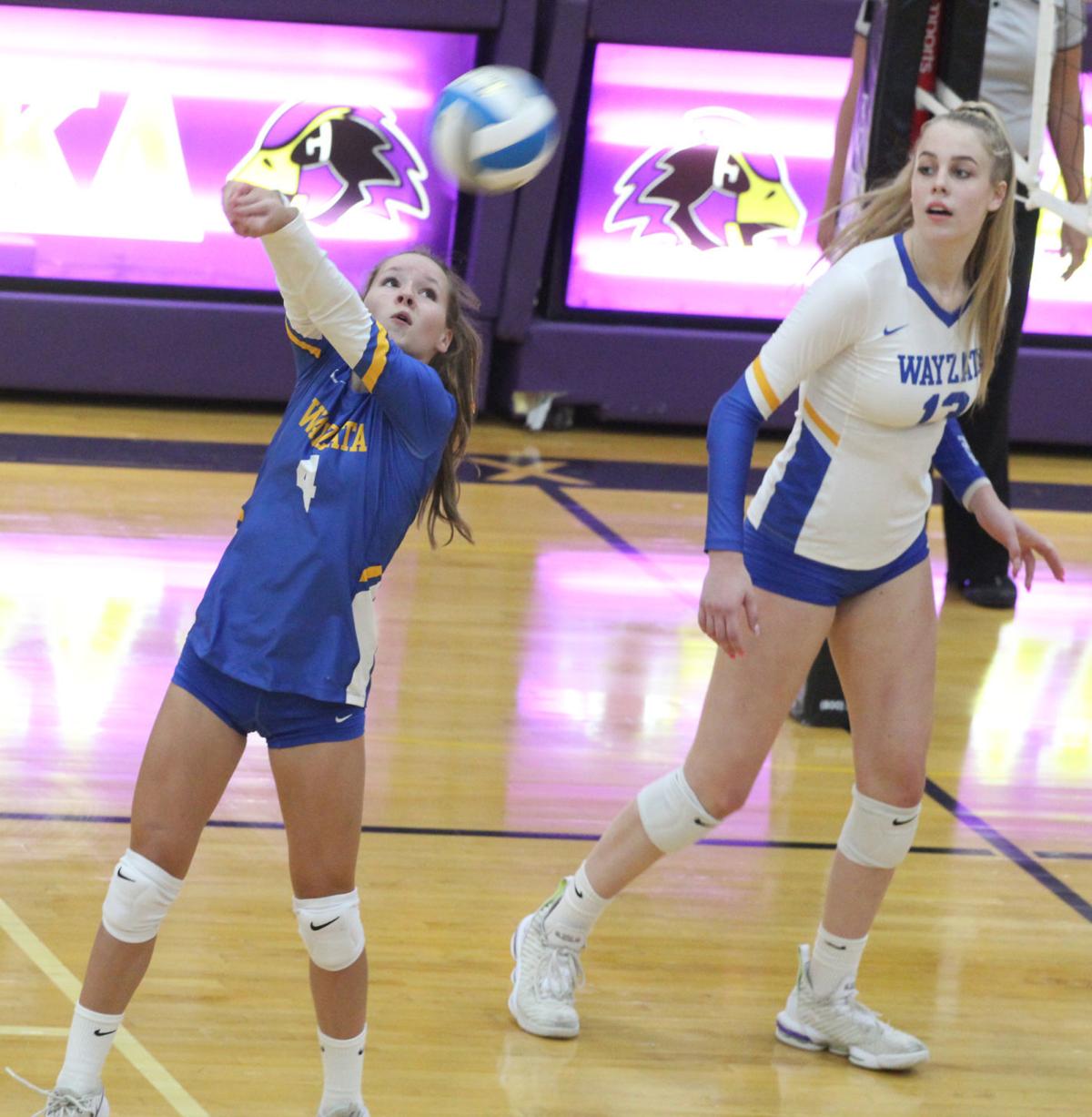 Chaska’s Jordan Campbell with the tip over the block of Wayzata’s Sophie Jeseritz in a non-conference match Aug. 27. Campbell is one of five seniors on the Hawks’ roster.

Samantha Schmidt rises above the net for a swing in Chaska’s home opener versus Wayzata Aug. 27.

Wayzata's front row features two six-footers and a left-handed slammer. The Trojans' height was on display in a 3-0 sweep of Chaska Aug. 27.

Game two was tight as well, tied at 12, the Trojans outscored the Hawks 13-4 for the commending 2-0 lead.

No statistics were available for Chaska, which travels to Lakeville South at 7 p.m. Thursday, Aug. 29.

Estelle Haugen led Southwest Christian with 12 kills on a team-high 55 swings as the Stars were defeated for the second consecutive match by a top-10 team, a 3-1 loss at Shakopee Aug. 27.

Felicia Luther finished with 38 assists with Sonja Brastad leading the way at the service line with three aces.

Marissa Agrimson was a team leader with 20 digs and two aces with Haugen with a solo block.

Southwest Christian is off until Thursday, Sept. 5 at Tri-City United.

A career-high 23 kills from Abby Smith helped Holy Family Catholic take visiting Le Sueur-Henderson to the limit, a 3-2 loss on Aug. 27 in the season opener in Victoria.

Sophia Mackey and Kalie Dahl each had nine kills for Holy Family (0-1) with Lizzie Guggemos serving up five of the team's 10 aces.

Lakeville North played like one of the top teams in Minnesota Aug. 27.

Maddy Hornyak totaled 11 of Lakeville North's 39 kills. Abby Jandro had 32 assists with the Panthers finishing with 10 aces at the service line.

Marianna Helgeson had five kills on nine swings for the Skippers with Kali Engeman and Abby Stanwood leaders offensively with seven and six points.