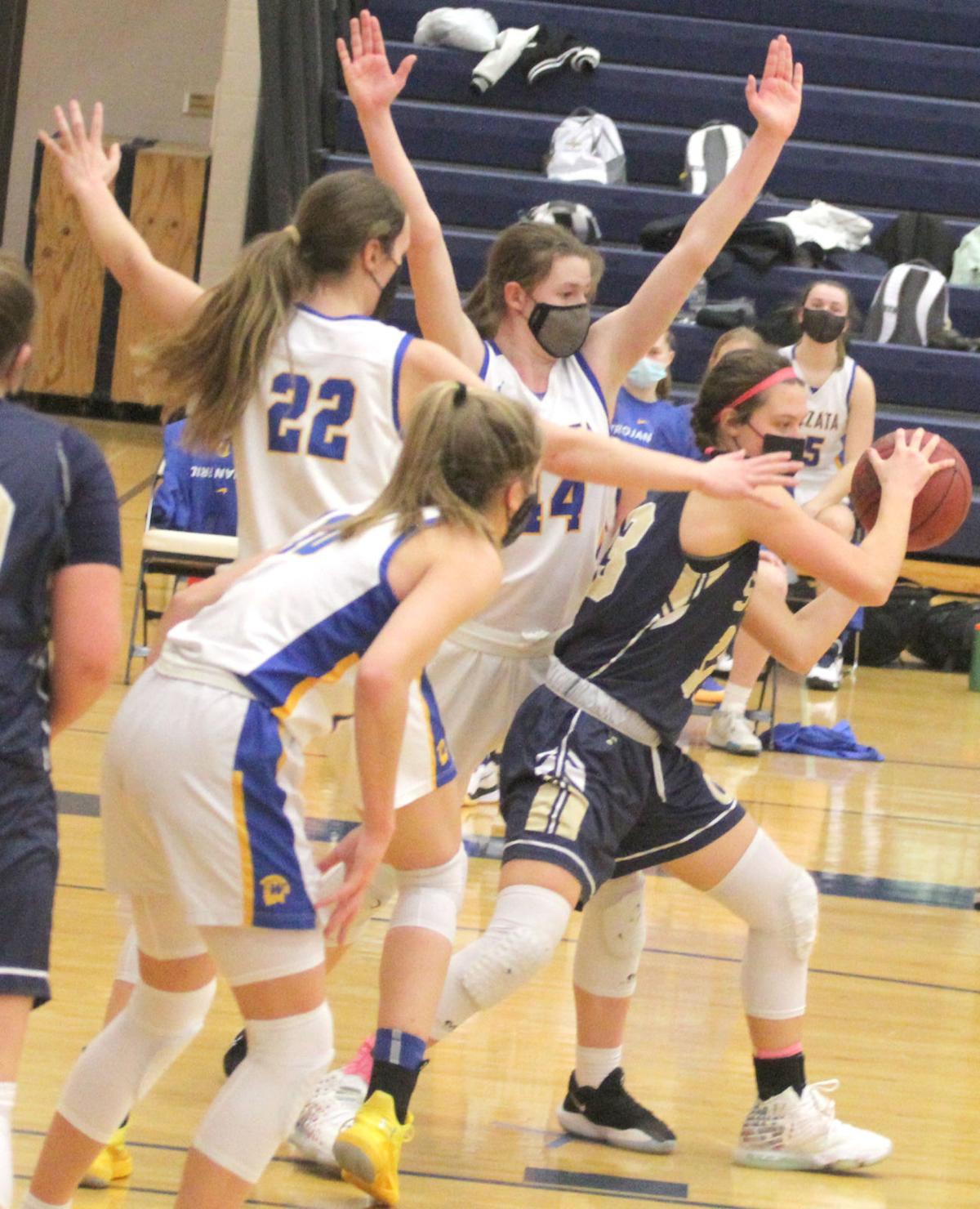 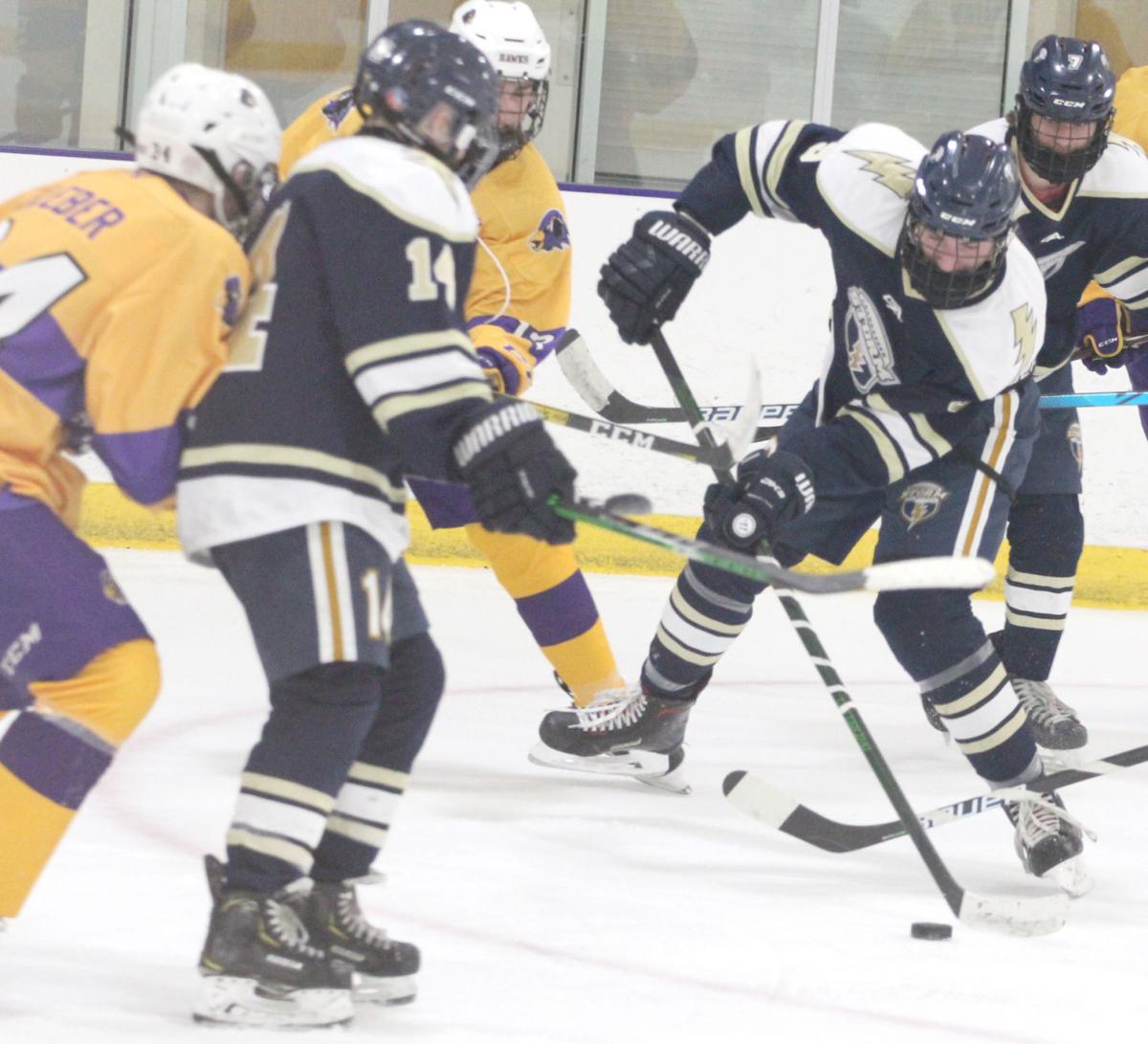 Chaska and Chanhassen met in the first of two boys hockey contests this season on Jan. 30. With masks now required, a tethered mouth guard requirement has been loosened. A referee or even coach is unaware if each player has a mouth guard in their mouth under their mask. Mouth guards have been known to help reduce concussions among athletes.

Chaska and Chanhassen met in the first of two boys hockey contests this season on Jan. 30. With masks now required, a tethered mouth guard requirement has been loosened. A referee or even coach is unaware if each player has a mouth guard in their mouth under their mask. Mouth guards have been known to help reduce concussions among athletes.

The Health and Human Services Committee of the Minnesota State Senate heard Feb. 10 from both supporters and opponents of Executive Order 21-01, on the youth sports mask mandate.

The Minnesota Department of Health said sports-related COVID-19 outbreaks spiked in the fall before sports were shut down. Now that sports are back — with masks required — some outbreaks are still happening.

The numbers, though, have drastically been reduced. Overall, between five and 12 outbreaks were reported over seven-day stretches in January.

Outbreak cases topped 70 in a seven-day stretch across the state among sports teams in mid-November, and more than 160 outbreaks in a four week-stretch from Oct. 25 to Nov. 21.

The criteria for an outbreak is two or more cases inside a cohort, which includes athletes and coaches, but does not extend to spectators or parents, said MDH Assistant Commissioner Dan Huff. The average among those outbreaks were five cases per cohort.

The MDH knows of three "credible reports" of potential mask-related injuries, two resulting in concussions, another with a player suffering bruising in her legs.

Huff said more than 25 new studies were conducted in 2020, concluding the effectiveness of masks with slowing of the spread of the virus. It is known that COVID-19 transmission risks increases with sports and activities that include exertion and heavy breathing, such as exercising in a gym.

Minnesota is one of 20 states with mask mandates.

The Minnesota Chapter of American Academy of Pediatrics found the situations and conditions that pose an actual obstacle to wearing a face covering are limited. Sheldon Berkowitz, president of that organization, was among a dozen or so public commentators in the hearing.

He contributed mask-wearing to the current decline in cases and outbreaks. He said there has to be a balance between returning to sports for physical and psychological benefits and the risk of contracting COVID-19.

State Sen. Rich Draheim (R-Madison Lake) is among those not in favor of a statewide mask mandate in youth sports.

"For me, this is a personal issue. I've seen first-hand at kids events how a mask is affecting them. It goes down to my core belief that I am in a better position to decide what's best for my family than the state of Minnesota is," Draheim said.

He received between 250 and 300 emails from parents, overwhelming against the mask mandate, asking a simple question, "Why?"

State Sen. Carla Nelson (R-Rochester) shared she had heard many complaints from mostly hockey parents, most notably those with goaltenders, who said their lack of vision of the puck has been hindered.

Corey Peterson of New Prague said it goes beyond goaltenders. His 14-year-old son was involved in a hockey collision that resulted in a concussion. He said skaters are taught to keep their head up, but with masks on, oftentimes players are having to lower their eyes to see the puck.

"Nobody wants to say something because no one wants hockey shut down or sports at all," said Peterson, who reported the incident to the governor's office and Minnesota Hockey. "I see this as dangerous, absolutely dangerous," said Peterson, fighting back emotion.

Kelly Dilger of Big Lake, a basketball parent, described a situation in which her daughter collided with teammates. Asked after the game why she didn't avoid the situation, her daughter said she did not see them out of the corner of her eye. She had a loss of peripheral vision.

With sports returning in January, Huff said MDH is seeing an increase again with outbreaks, with indoor sports having a higher incidence than outdoor sports.

The Chaska/Chanhassen wrestling program was shut down Jan. 29 and won't resume competitions until Feb. 18. Other lower-level basketball teams at Chaska and Chanhassen have also seen stoppages due to confirmed cases.

Huff said the goals of face coverings are:

"It's so important that we use every mitigation measure at our disposal, masks being just one of the easiest, simplest, and most effective," Huff said.