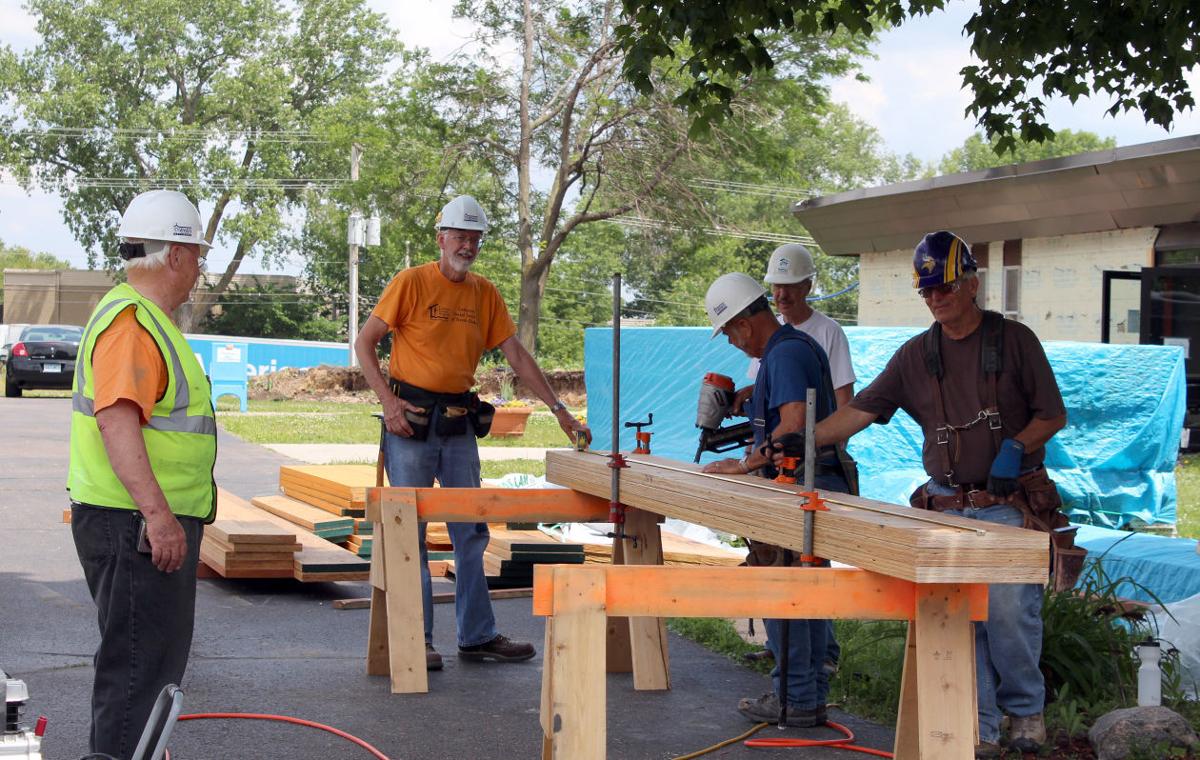 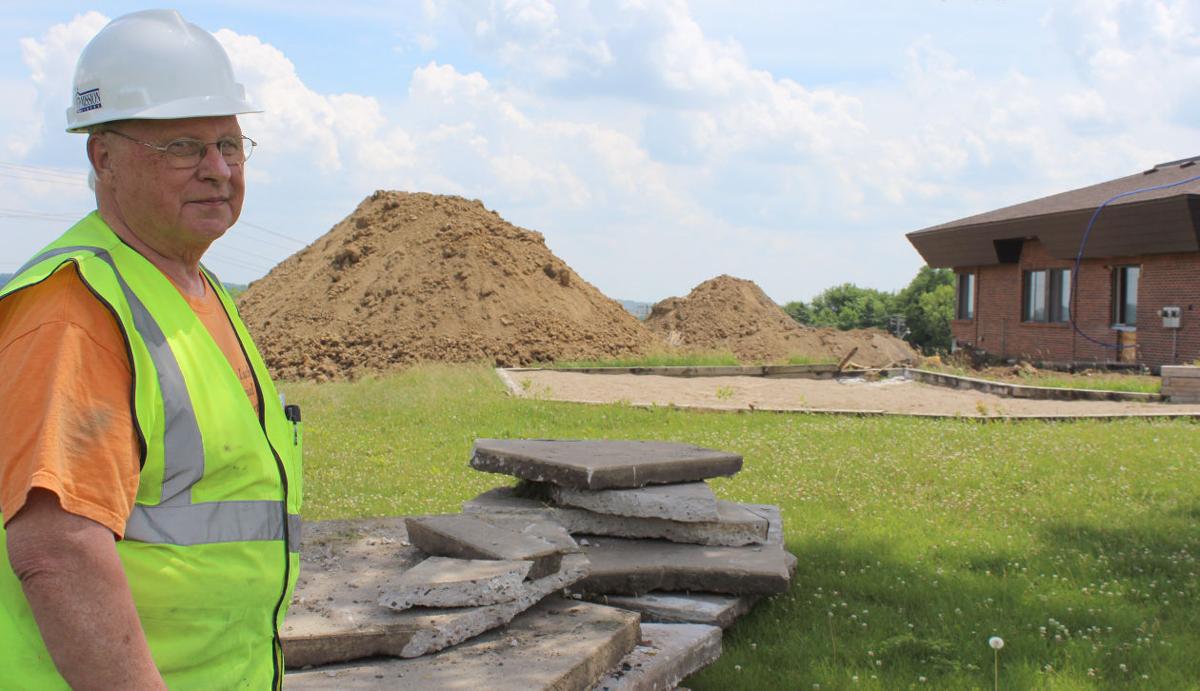 Ted Erkenbrack has been volunteering on construction projects through Mission Builders for 28 years. 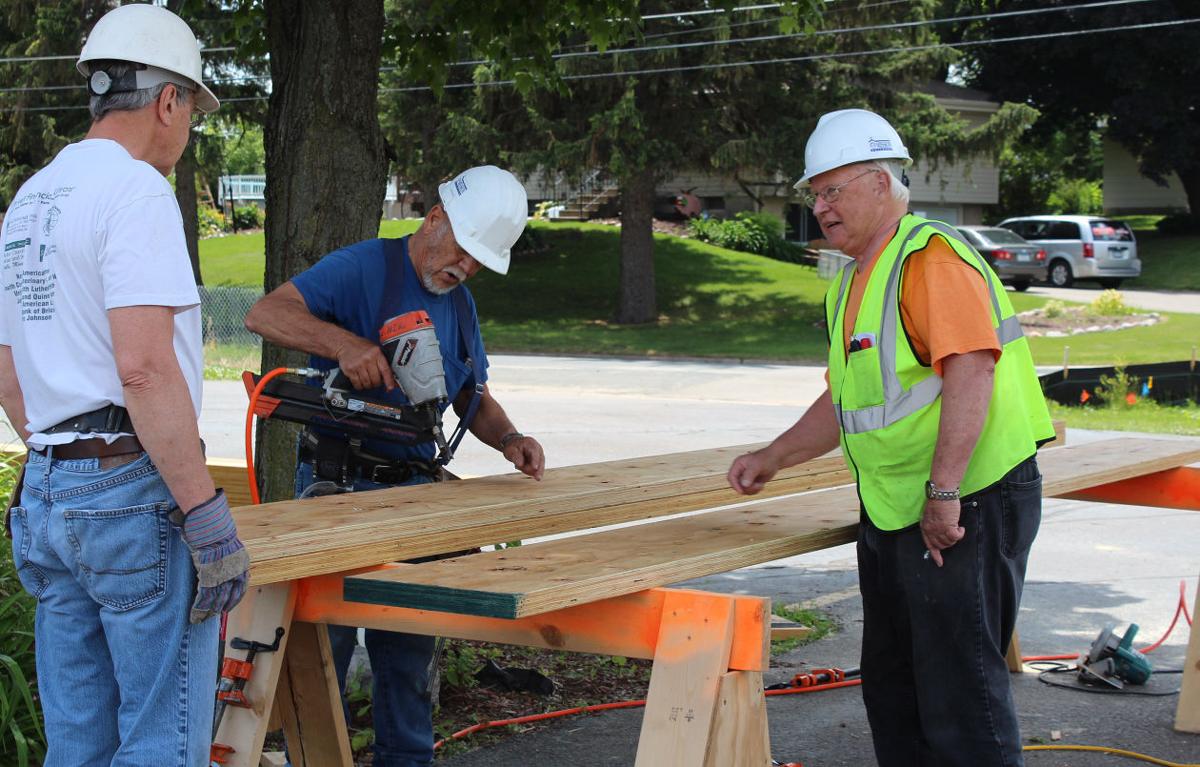 Ted Erkenbrack has been volunteering on construction projects through Mission Builders for 28 years.

Dennis Smith is wearing a Green Bay Packers hard hat. Rich Hofer is donning a Minnesota Vikings one. But despite backing rival football teams, the two men have found common ground on the construction site.

Smith and Hofer are two of the 10 or so workers with the group Mission Builders who are helping Crown of Glory Lutheran Church complete its 18,000-square-foot expansion project in Chaska.

The 46-year-old church is adding space to its sanctuary, fellowship hall and expanding its educational wing. The new design will take advantage of the church’s perch on the bluff near Highway 41 and Victoria Drive.

But right now, there isn’t much time for the volunteers from Mission Builders to enjoy the view. They are on a fairly strict schedule, working Tuesdays through Saturdays, to get the building watertight by winter.

Erkenbrack has been working with Mission Builders for the last 28 years. “We’re a volunteer organization for the Evangelical Lutheran Church in America,” he said. “It’s mostly retired people.”

Erkenbrack got involved with Mission Builders when they were contracted to help build his church Living Waters Lutheran Church in Lino Lakes. It was a great fit for his background in construction.

Projects for everything from churches to schools are submitted to Mission Builders and volunteers can sign up for work that interests them. In the winter, a lot of the interest is in projects in the south. In the summer, many volunteers find the northern climate more appealing. Crown of Glory’s expansion has a mix of volunteers from around the country including Texas, Arizona, Florida and South Carolina.

They come with their trailers and RVs and make a project site their home until they’re done. (Hence the eye-catching collection of recreational vehicles in the church’s parking lot.)

Erkenbrack spends his weeks at the church and heads home on the weekends. During the week, after hours, Erkenbrack said there is a lot of fellowship among the group. Some of them have worked together before while some are new faces. Erkenbrack said there are some familiar faces on this project from a three-year stint many of them shared rebuilding a church in Minot, N.D. following a flood.

For Erkenbrack, the work is fulfilling, but seeing a church or a school in use after they’ve finished is the ultimate reward. “It’s enlightening,” he said. “Heartfelt.”