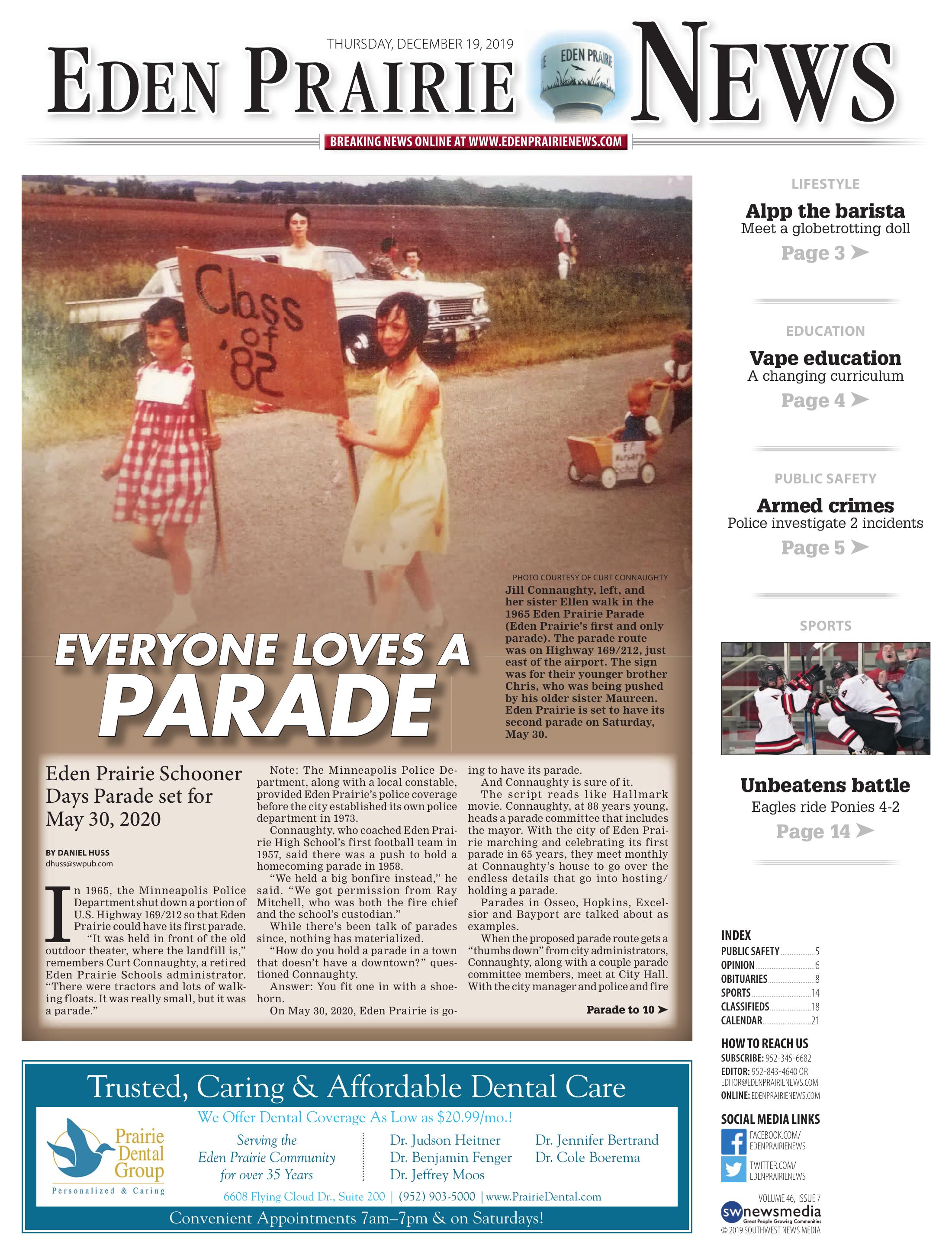 Jill Connaughty, left, and her sister Ellen walk in the 1965 Eden Prairie Parade (Eden Prairie's first and only parade). The parade route was on Highway 169/212, just east of the airport. The sign was for their younger brother Chris, who was being pushed by his older sister Maureen. Eden Prairie is set to have its second parade on Saturday, May 30.

In 1965, the Minneapolis Police Department shut down a portion of U.S. Highway 169/212 so that Eden Prairie could have its first parade.

“It was held in front of the old outdoor theater, where the landfill is,” remembers Curt Connaughty, a retired Eden Prairie Schools administrator. “There were tractors and lots of walking floats. It was really small, but it was a parade.”

Note: The Minneapolis Police Department, along with a local constable, provided Eden Prairie’s police coverage before the city established its own police department in 1973.

Connaughty, who coached Eden Prairie High School’s first football team in 1957, said there was a push to hold a homecoming parade in 1958.

“We held a big bonfire instead,” he said. “We got permission from Ray Mitchell, who was both the fire chief and the school’s custodian.”

While there’s been talk of parades since, nothing has materialized.

“How do you hold a parade in a town that doesn’t have a downtown?” questioned Connaughty.

Answer: You fit one in with a shoehorn.

And Connaughty is sure of it.

The script reads like Hallmark movie. Connaughty, at 88 years young, heads a parade committee that includes the mayor. With the city of Eden Prairie marching and celebrating its first parade in 65 years, they meet monthly at Connaughty’s house to go over the endless details that go into hosting/holding a parade.

Parades in Osseo, Hopkins, Excelsior and Bayport are talked about as examples.

When the proposed parade route gets a “thumbs down” from city administrators, Connaughty, along with a couple parade committee members, meet at City Hall. With the city manager and police and fire chiefs in the room, they hash out a workable route.

The parade will start on Valley View Road at Hames Way across the from the Eden Prairie High School west entrance. It will march east down Valley View Road to Eden Prairie Road, where it changes direction and heads south to Luther Way (Immanuel Lutheran Church). From start to finish, the route is slightly less than one mile. If the parade has 60 entrants, it will last for an hour. Eighty entrants would push the parade to two hours.

Its theme: “We are many, united we are one.”

The Connaughtys, Curt and his wife Mary, moved to Eden Prairie in 1955 after receiving teaching degrees from Winona State University.

“Someone in the placement office told us Eden Prairie was hiring,” said Connaughty, “We got in the car and looked at each other, ‘Where is Eden Prairie?’”

Eden Prairie was a township when the Connaughtys arrived.

“There were maybe 1,000 people living here,” he said. “There weren’t any stores and there wasn’t even a stop sign.

“We looked around at Bloomington, Edina and Minnetonka,” he added, “and we knew it would grow.”

Suffice to say; today’s Eden Prairie is different than the one the Connaughtys moved into.

“We want an all-inclusive parade,” said Connaughty. “We want it be respectful to everything and everybody and we want every phase of Eden Prairie to be represented.”

“The smallest unit (parade entrant) might be a single person marching with a sign, the largest, a full marching band,” said Connaughty.

When asked about concerns, Connaughty prefaced his answer by saying he had no idea that organizing a parade was so much work.

“My biggest concern,” he said, “is that the groups won’t return their applications in time. You can’t just line everyone up; you have to put some thought into who goes where.”

Question: Does Connaughty worry about the weather?

And everybody loves a parade.

For more information, or to request a parade application form, email Connaughty at cconnaughty@comcast.net.

The parade will start on Valley View Road at Hames Way across the from the Eden Prairie High School west entrance. It will march east down Val…

“We want an all-inclusive parade. We want it be respectful to everything and everybody and we want every phase of Eden Prairie to be represented.” 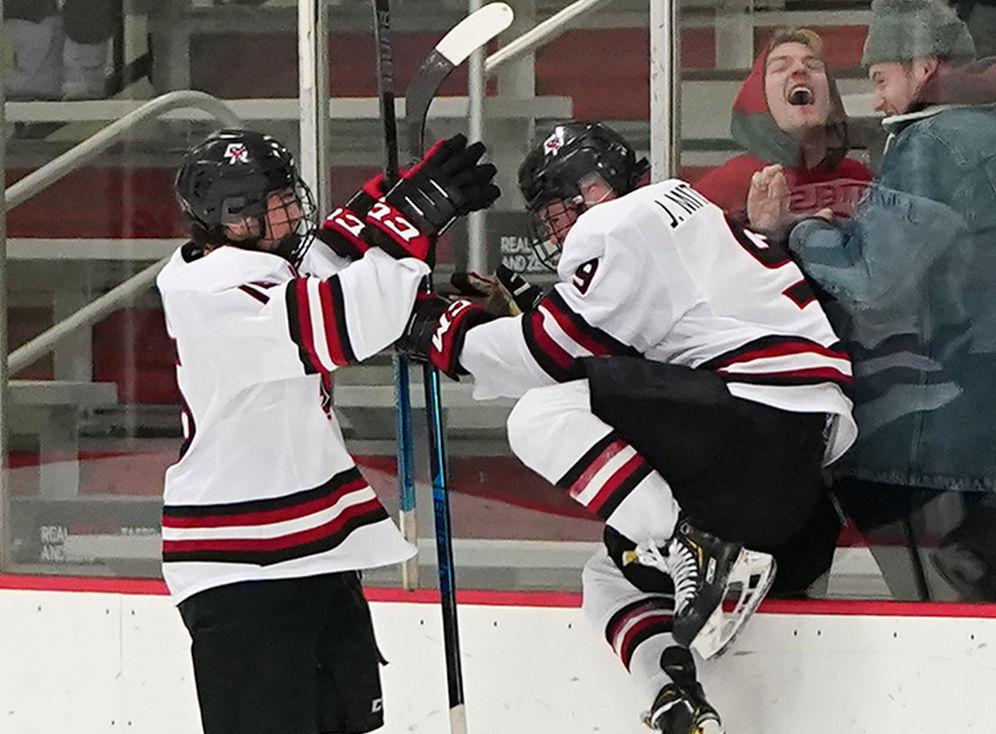