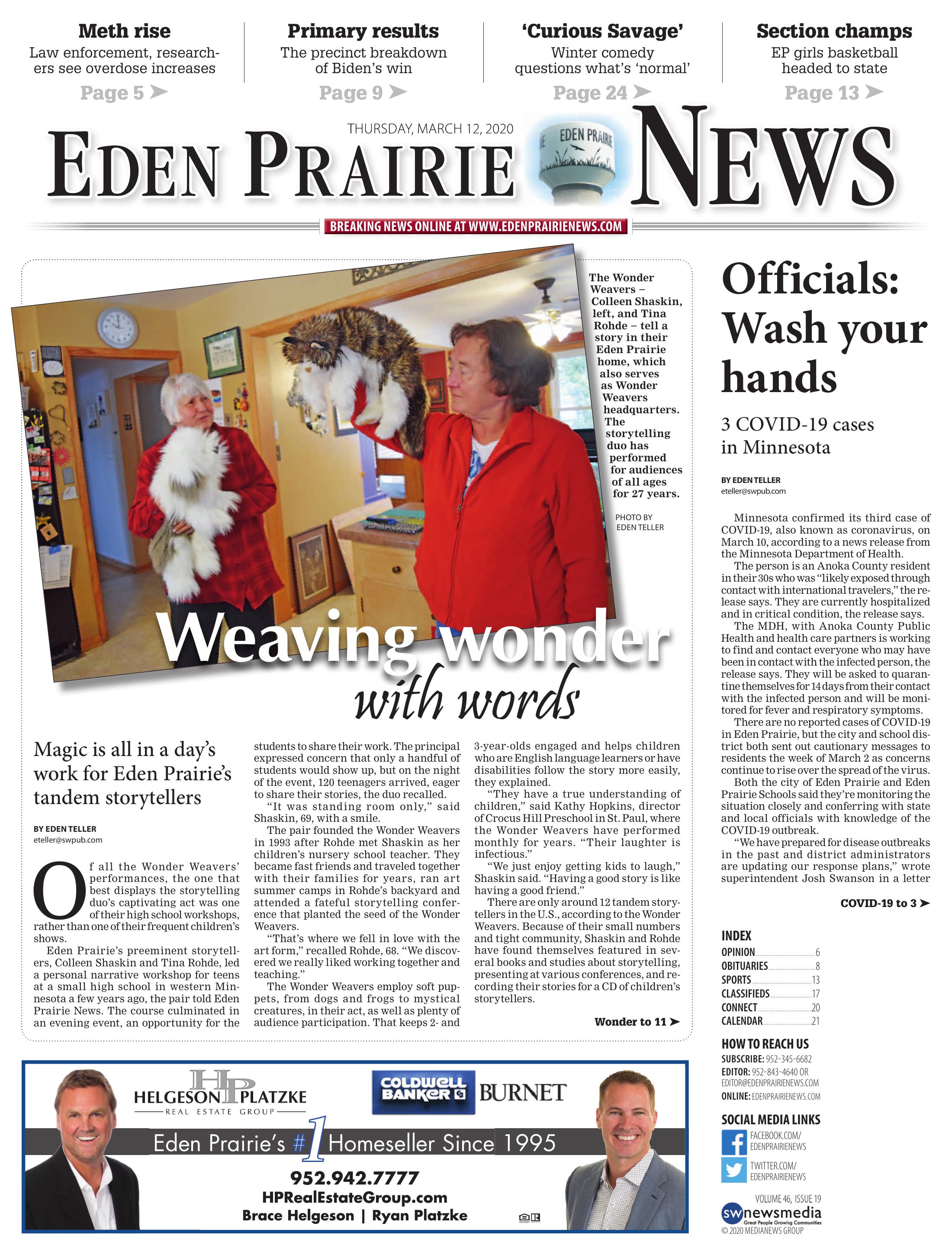 An illustration of coronavirus.

Minnesota confirmed its third case of COVID-19, also known as coronavirus, on March 10, according to a news release from the Minnesota Department of Health.

The person is an Anoka County resident in their 30s who was "likely exposed through contact with international travelers," the release says. They are currently hospitalized and in critical condition, the release says.

There are no reported cases of COVID-19 in Eden Prairie, but the city and school district both sent out cautionary messages to residents the week of March 2 as concerns continue to rise over the spread of the virus.

Both the city of Eden Prairie and Eden Prairie Schools said they're monitoring the situation closely and conferring with state and local officials with knowledge of the COVID-19 outbreak.

"We have prepared for disease outbreaks in the past and district administrators are updating our response plans," wrote superintendent Josh Swanson in a letter to families on the district's website.

"Eden Prairie’s Emergency Management Team is working closely with public safety officials in neighboring cities and schools, along with our EMS, county and state partners to be fully prepared to protect our community," the city wrote in a news release. "Eden Prairie, like all Minnesota cities, takes the coronavirus extremely seriously and is proactively working to minimize public health risk."

The state's first cases of COVID-19 were reported after the city sent its new release out, but the city's plan hasn't changed with that development, the city's communications manager Joyce Lorenz told Eden Prairie News on March 9.

State health officials have not recommended changes to school hours or events, the district's letter says, and residents should take the same precautions they do during an ordinary cold and flu season.

Parents of students who are not feeling well should call their school's attendance line to report an absence, the district's letter says. It also advises families to stay calm: "Anxiety and worry can actually make us more susceptible to routine illnesses," the letter notes, and people should focus on eating well and getting enough sleep to stay healthy.

Daily updates on Minnesota's COVID-19 response are available on the Minnesota Department of Health's website at bit.ly/32Xsj8z. Twin Cites PBS also produced an almanac special about COVID-19 in consultation with public health experts.

As of March 10, there were three confirmed cases of COVID-19 in Minnesota. At that time, 135 Minnesotans had tested negative for the virus, according to the Minnesota Department of Health.

There have been 647 confirmed cases of COVID-19 across 36 jurisdictions in the U.S., according to the Centers for Disease Control and Prevention's March 10 update, and 25 people in the U.S. have died of the virus.

Globally, there have been 109,577 confirmed cases of COVID-19 in 85 countries and 3,809 deaths, according to the World Health Organization's March 9 report. The WHO's global risk assessment is "very high," the report says.

The virus shows up in the form of a fever, cough and shortness of breath, the Minnesota Department of Health said, but public health officials are still determining how fatal it is.

People who do not live in areas where the virus is spreading, or haven't traveled to an area where it's spreading, have a very low risk of infection, the WHO's March 5 report says. The organization recommends seeking information from reliable sources, like state and local health departments or a medical professional.