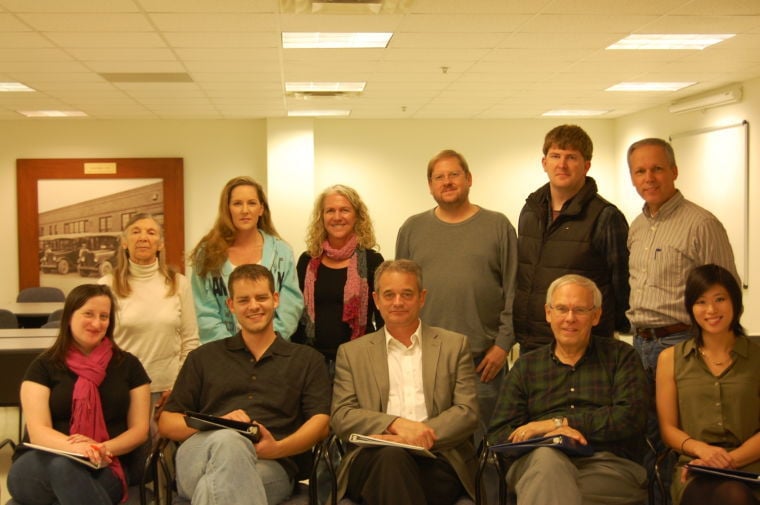 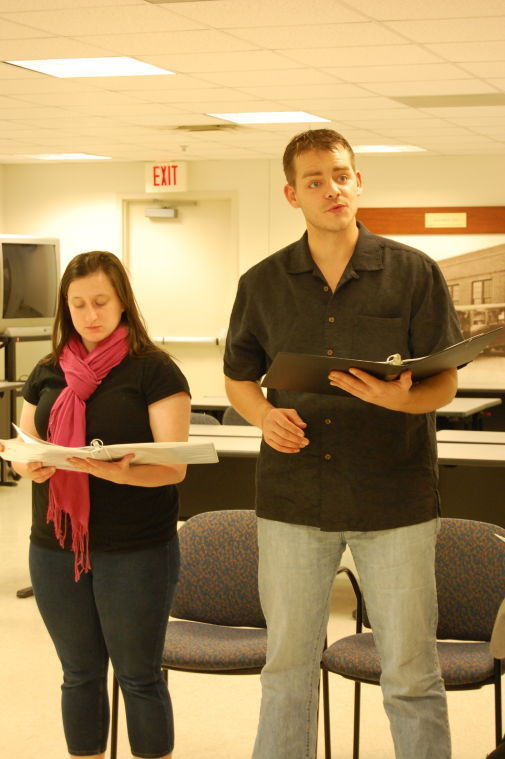 Danielle Krivinchuk and Matthew Kraft during a rehearsal for “Upstanders: Ten Who Dared.” 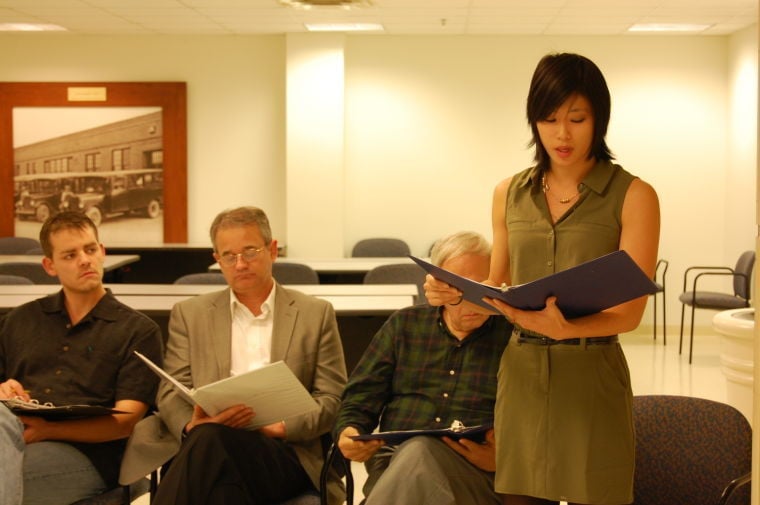 Danielle Krivinchuk and Matthew Kraft during a rehearsal for “Upstanders: Ten Who Dared.”

The traveling theater company based in Eden Prairie takes on heavier topics than most theaters. Their performances around the metro focus on social justice issues involving women, children and genocide. Each play is typically in a new location.

“I take them to the audience. We perform for specific audiences for people who directly relate to the issue,” said Shelley Smith, founder and playwright of the company. Another feature of the company is a discussion involving the audience in the subject at hand to get different perspectives following the performance.

Chain Reaction Theatre Project was founded in 2012. Smith has a passion for and firsthand experience in places facing issues such as genocide and social injustice against women and children.

“It’s something you have to see to let it sink in,” said Smith. Her idea for the company is to bring awareness to communities that know these sorts of injustices are taking place in the world and discuss how the communities can help. Smith finds plays fitting an injustice she’s interested in and “if it isn’t saying what I want, I write my own.”

The theater company works with actors, mostly volunteering their time, who are passionate about the topics or have experience with some of these injustices. Chain Reaction Theatre Project is now working on “Upstanders: Ten who Dared,” which is a set of historical vignettes of 10 individuals who stood up against genocide.

Along with the performance, a discussion will take place before the show at 3:30 p.m. called a Human Library, a program that was started in Finland. Smith hopes the Human Library will encourage interaction between the audience members and actors, and will help provide perspectives from people of different cultures, race and gender about experiences and knowledge of genocide.

“[It’s] a really good piece for creating awareness, and to encourage people to do something about it,” said Smith.

The performance will is set for Tuesday, Oct. 28, at Hennepin Technical College Auditorium, 13100 College View Drive, Eden Prairie. The Human Library starts at 3:30 p.m. Hors d’oeuvres will be served at 5:30 p.m. with the performance following at 6.

Editor’s note: Megan Rawson is an intern with the Eden Prairie News.