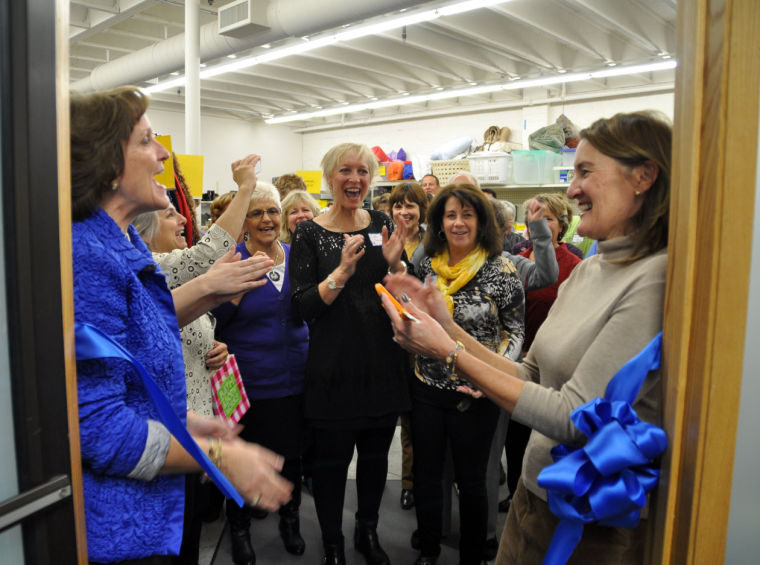 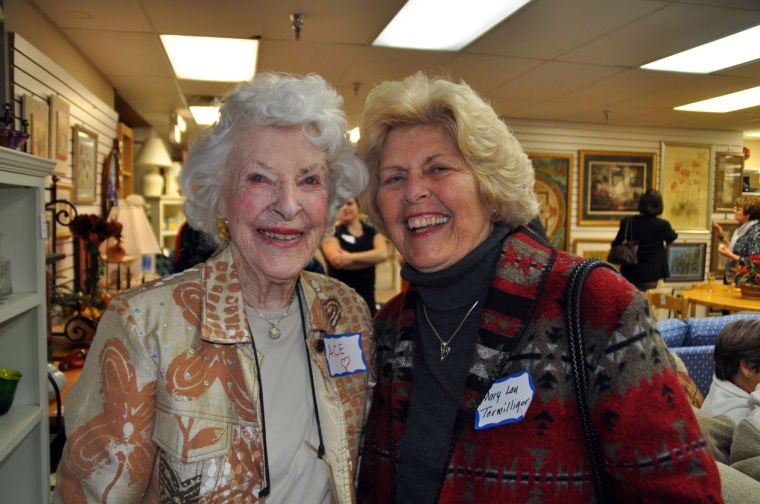 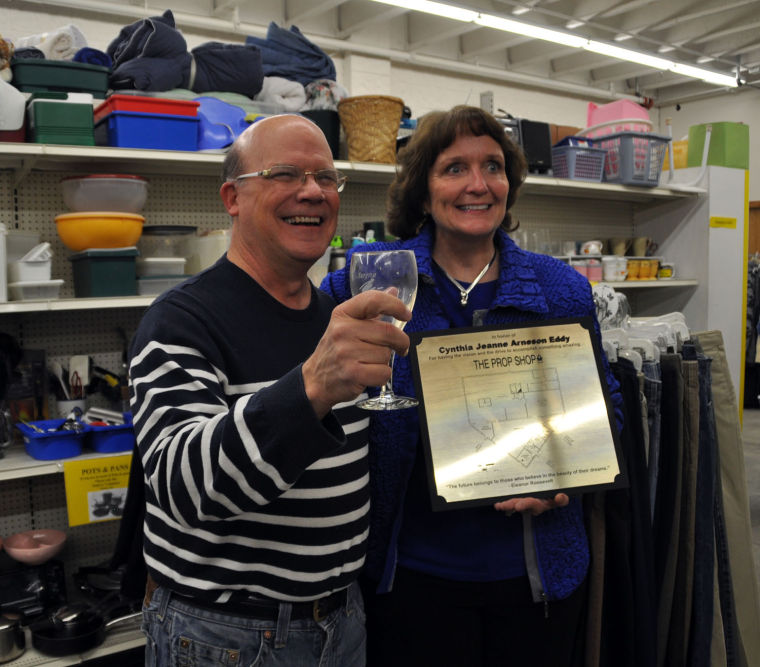 The Family Services Center office is named for Architect Daniel O’Brien in honor of his support of the project. 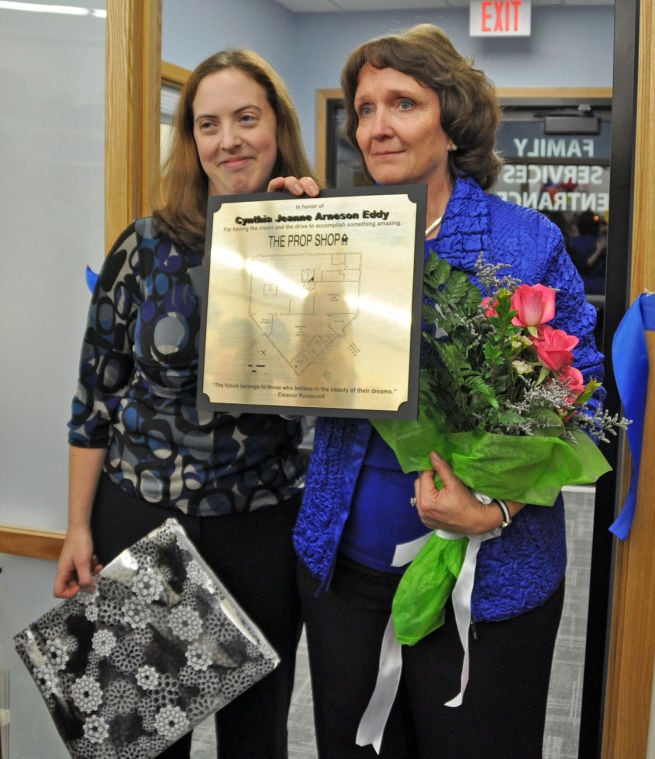 Operations Manager Vicki Bomben presented Cindy Eddy with an award for having the vision and drive to accomplish something amazing. 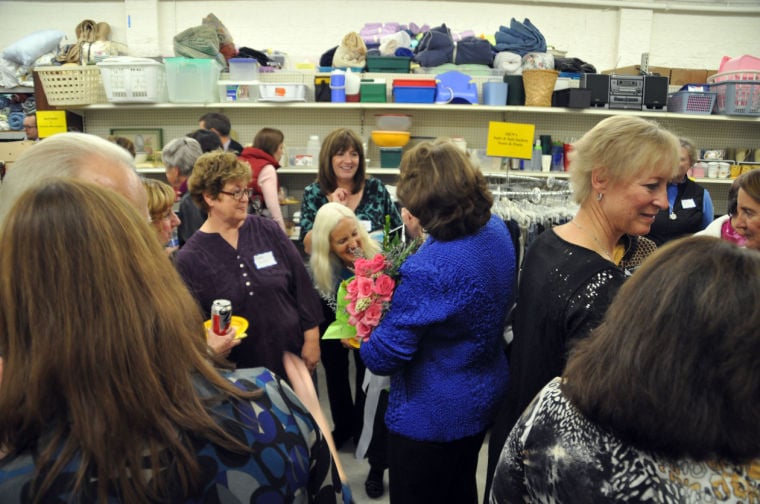 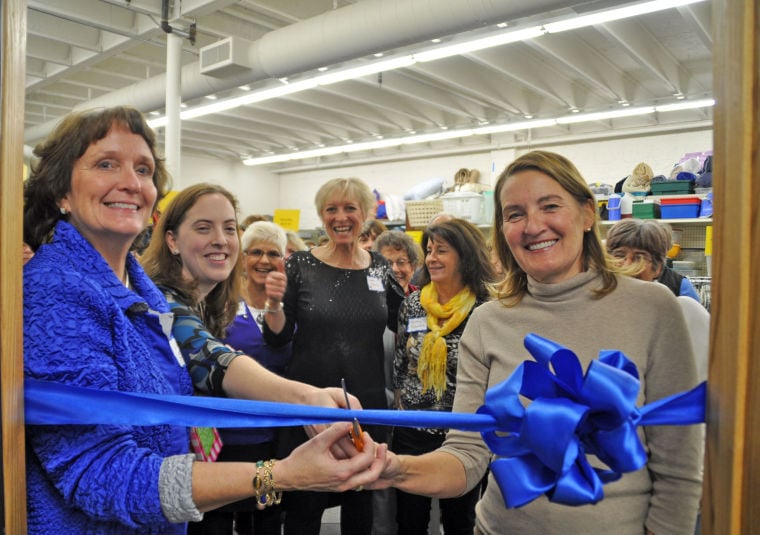 PROP Shop Founder Cindy Eddy and Eden Prairie Mayor Nancy Tyra-Lukens cut the ribbon for the new addition. They are surrounded by staff and supporters of the community organization. 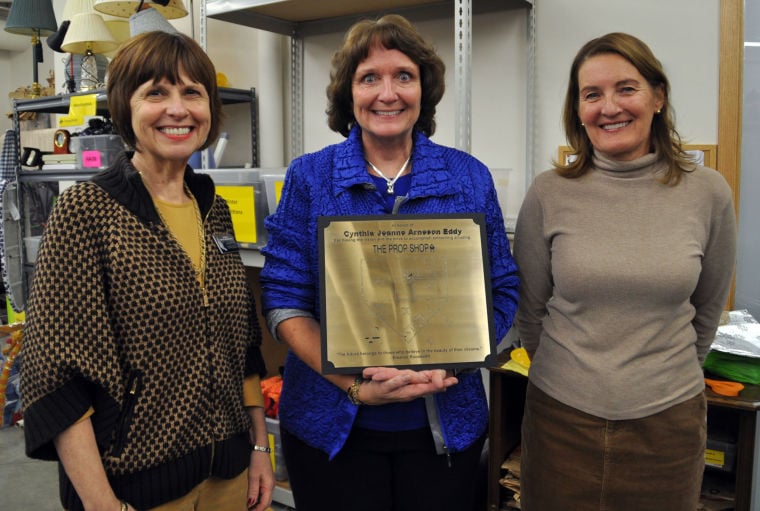 The Family Services Center office is named for Architect Daniel O’Brien in honor of his support of the project.

Operations Manager Vicki Bomben presented Cindy Eddy with an award for having the vision and drive to accomplish something amazing.

PROP Shop Founder Cindy Eddy and Eden Prairie Mayor Nancy Tyra-Lukens cut the ribbon for the new addition. They are surrounded by staff and supporters of the community organization.

“I think it’s the best thing that ever happened,” Palm said.

“The most important part of the PROP Shop is the clients,” the 95-year-old volunteer said.

Palm was among the volunteers, donors, staff and community supporters visiting the PROP Shop for the grand opening of the Family Services Center addition Monday.

The addition “was built with tremendous community support from local businesses, civic organizations, schools, and many individual donors and volunteers,” according to a news release.

In the six-and-a-half years since it opened, the release said, “the PROP Shop has helped more than 1,680 families, providing them with clothing, household goods and furniture valued at more than $725,000. The new addition has increased the space available for items and has enabled greater privacy for services.”

“It’s unbelievable that people are so kind and generous,” Eddy said.

Board Vice President Kathy Educate said, “The entire community has come together to make this happen.”

Among those who worked on the addition were students from Hennepin Technical College.

“The volunteers made our students feel very special,” said Hennepin Technical College Dean of Industry Joy Bodin of the 21 carpentry students that worked on the project.

Daniel O’Brien, an architect with a room named for him in the new addition, said, “There’s just so much compassion here.”

Of the PROP Shop founder, who was also honored with a plaque during the event, PROP Shop Board President Deb Karulf said, “It was Cindy’s dream.”

Karulf suggested going online to smile.amazon.com, where the PROP Shop has set up a donation page. Those shopping can pick an organization to receive a percentage of their sale.

The PROP Shop is a nonprofit organization formed in 2007 with a mission to provide basic support for families in need through volunteers, community and other organizations. The PROP Shop receives donations of in-kind goods from community members and uses them to fill needs for families or sells them in its adjacent resale store. Everyone is welcome to shop. Donations and store hours are 10 a.m. to 7 p.m. Tuesday-Thursday, 10 a.m. to 5 p.m. Friday and Saturday and noon to 4 p.m. Sunday. Most needed items are generally day-to-day items like pots, pans and winter clothing. The PROP Shop is at 15195 Martin Drive in Eden Prairie. Visit www.propshopep.org for a full list of items accepted. Info: (952) 934-2323 or info@propshopep.org.