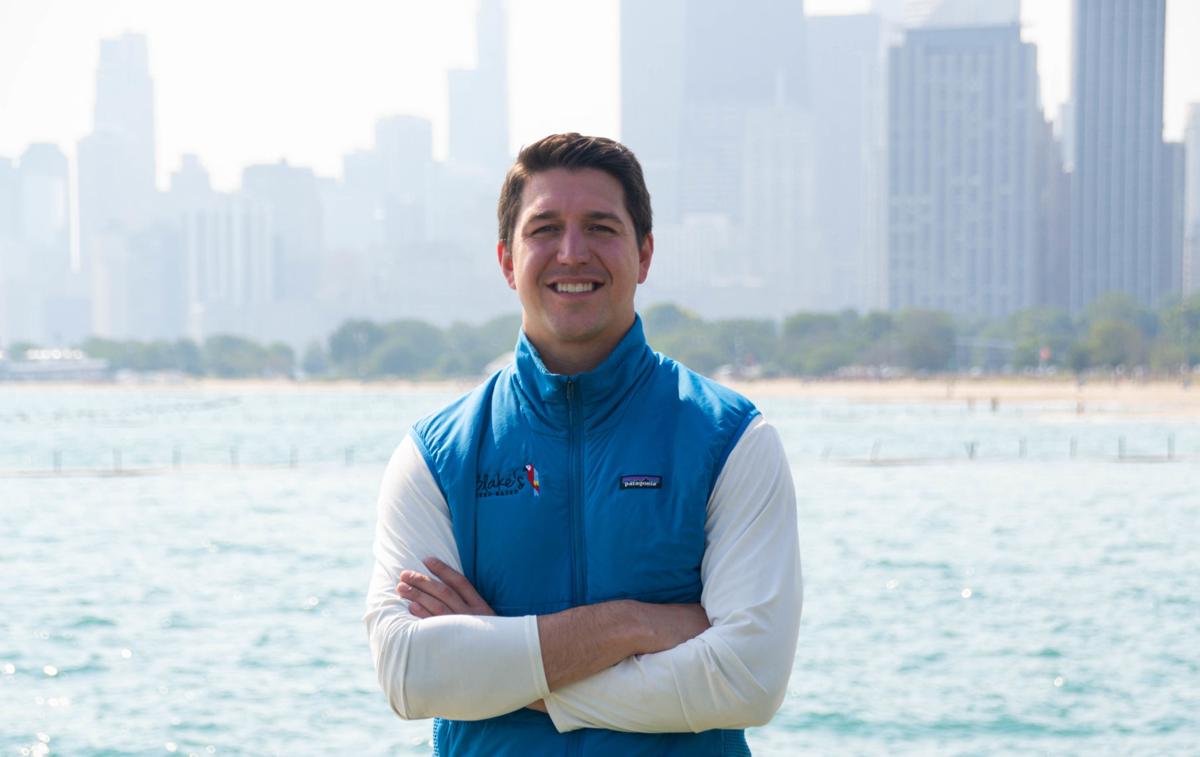 Blake Sorensen grew up in Eden Prairie and used his hometown connections to help raise money for his company, Blake’s Seed Based, and get feedback on his snack bars. 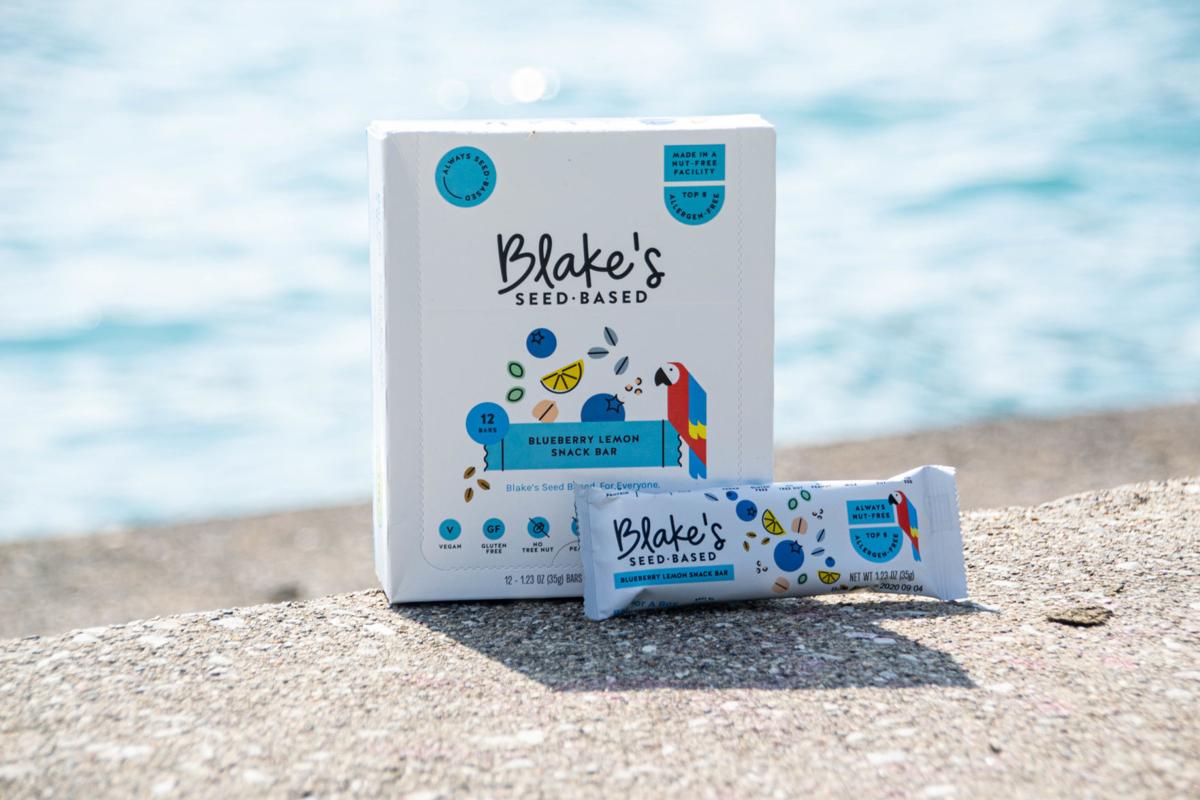 Blake Sorensen founded Blake’s Seed Based in 2018 after making himself allergen-free snacks for years. The blueberry lemon bar is one of his favorites, Sorensen said. 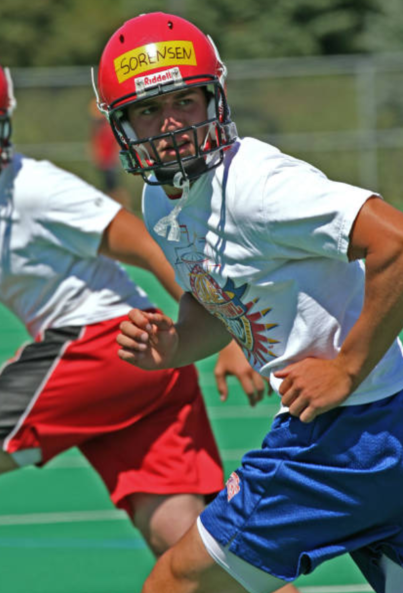 Blake Sorensen, founder of Blake’s Seed Based snack bars, played football for Eden Prairie High School and was voted Minnesota’s Mr. Football during his time on the team.

Blake Sorensen grew up in Eden Prairie and used his hometown connections to help raise money for his company, Blake’s Seed Based, and get feedback on his snack bars.

Blake Sorensen founded Blake’s Seed Based in 2018 after making himself allergen-free snacks for years. The blueberry lemon bar is one of his favorites, Sorensen said.

Blake Sorensen, founder of Blake’s Seed Based snack bars, played football for Eden Prairie High School and was voted Minnesota’s Mr. Football during his time on the team.

When the usual post-workout snacks were passed around during Blake Sorensen’s days on the Eden Prairie High School football team, he always had to decline. Sorensen has had a severe allergy to tree nuts for his entire life, and the typical trail mixes and protein-packed nut bars would’ve sent his immune system into overdrive.

“I couldn’t eat any bar on the market,” Sorensen told Eden Prairie News. “I had to get creative.”

The former Minnesota Mr. Football, now 31 and a Chicago resident, turned his own kitchen into a factory for alternative snacks, which his new company, Blake’s Seed Based, has made available to Kowalski’s, Lunds & Byerlys and Coborn’s shoppers in Minnesota and other stores across the U.S.

The allergen-free bars were part of a project in Sorensen’s graduate school classes at the Kelley School of Business at Indiana University in early 2018. He concocted 80 different versions of the seed bars, all made in his own kitchen with plenty of feedback from friends and former Eden Prairie coaches, Sorensen said. Plus, his football connections from Eden Prairie and his time as a linebacker at the University of Wisconsin, Madison, gave him plenty of channels into sports programs, whose coaches and players are a big market for healthy snacks.

The next step was to find bigger backing. For Sorensen, that meant pitching his products to the Kraft Heinz Springboard Incubator program. The incubator picked up his idea, which was “a huge win for us early on,” Sorensen said, and helped him refine his customers and marketing.

The toughest part was finding a manufacturer to make the bars on a big scale. While many foods don’t contain nuts, wheat or dairy, there’s often an asterix on the packaging noting the product was made in a facility that also processes those common allergens, which wouldn’t fly for the seed bars; for a person with severe allergies, even trace of cross-contamination could be deadly.

It took six months and multiple visits to factories across the country for Sorensen to find a manufacturer that wouldn’t contaminate the bars. But all the work paid off: When Blake’s Seed Based created a Kickstarter crowdfunding campaign, it raised $29,000 to finance its first pre-orders, Sorensen said. He and his two coworkers now regularly receive emails from dozens of people who are grateful to have an anxiety-free, healthy snack.

“I think the thing we’re most proud of is, we’re solving a real need,” he said.

The long-term goal is to have Blake’s Seed Based sit on shelves and office snack rooms alongside Kind bars and Clif bars. While the allergy-free side of the bars are why Sorensen got into the entrepreneurship game to begin with, he hopes the brand will stretch beyond that market to anyone who wants to eat healthy.

“It’s not a food allergen brand,” he said. “Everyone can eat it.”