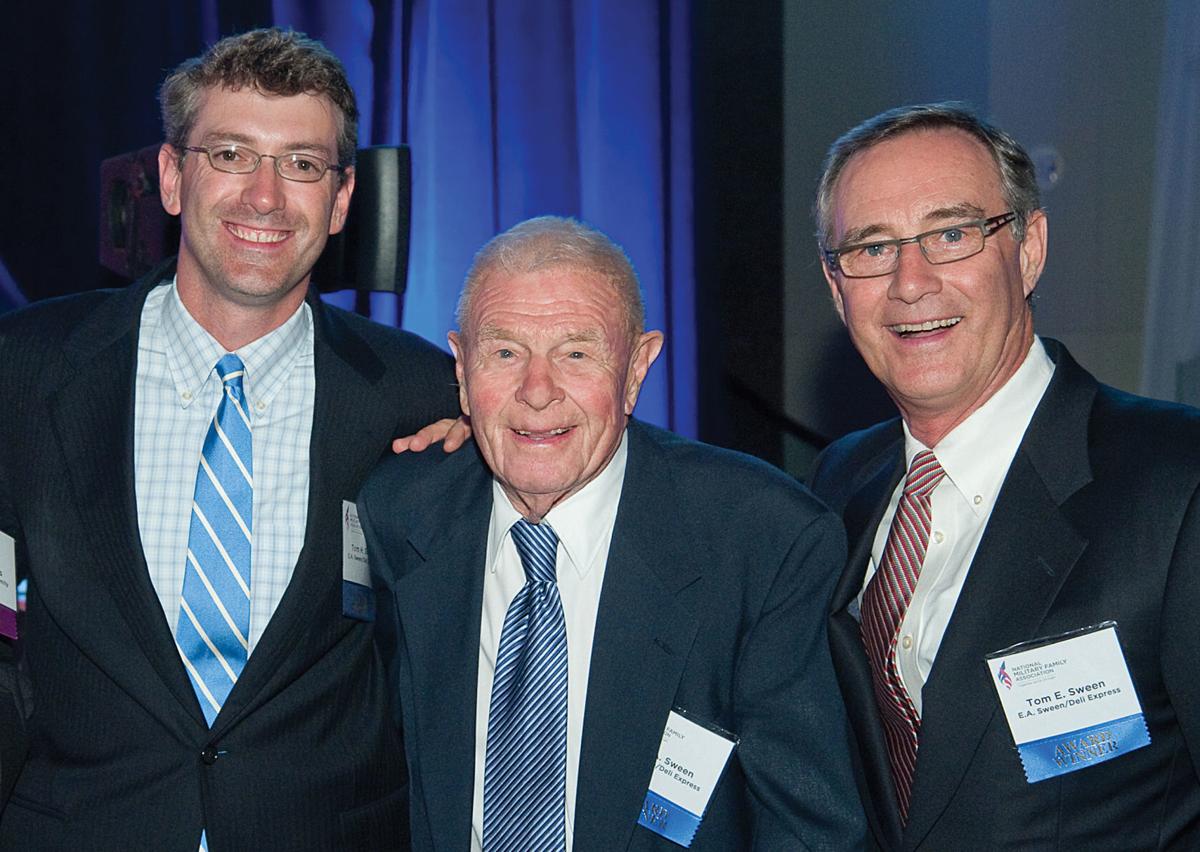 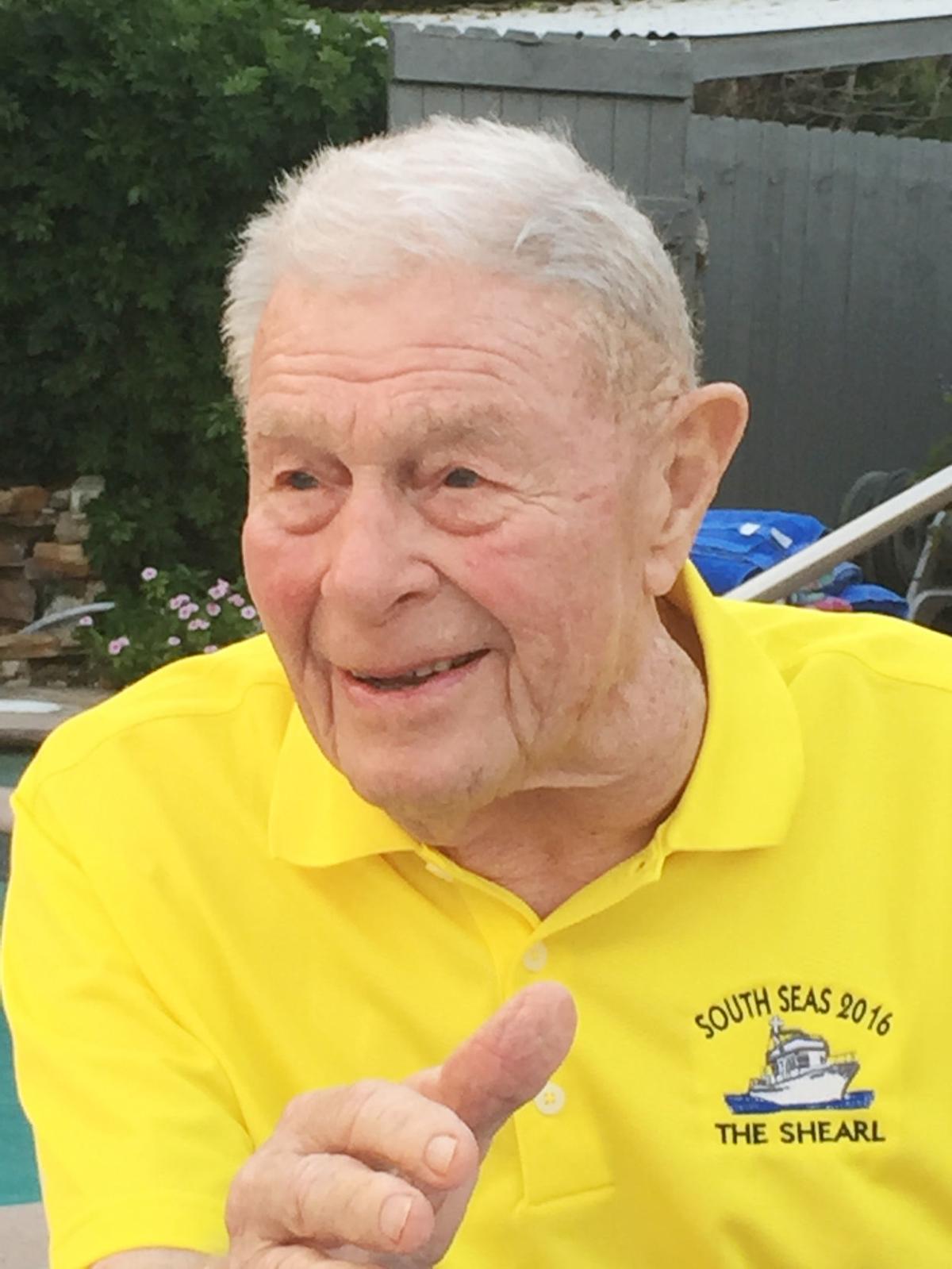 The Sween family and friends working at E.A. Sween Co. remember fondly the namesake of the company, Earl A. Sween, who passed April 1 at age 97, for his kindness and his keen business insights.

“His way about him was a friendship is bigger than the business,” said Thomas Earl Sween, son and former CEO.

Many multigenerational, family-owned companies struggle with passing the torch and can end up with fractured business and family situations. The Sweens, however, prefer another route.

“You could only have one cook in the kitchen,” Tom Earl said.

He said past CEOs step out of the way for new ones but still act as useful sounding boards when needed.

Even in his 90s, Earl August Sween was coming to board meetings, studying reports and combing the books.

Perhaps the history of the company best illustrates their points.

Back in 1954, Earl August and his wife, Shirley, mortgaged their home to launch a Stewart Sandwich franchise. The business was at Penn Avenue and 78th Street before I-494 was built.

“Mobile food was just in its infancy,” Tom Earl said.

The Stewart Sandwiches franchise — often kept warm with heat lamps — hit its highmark in the 1970s. Earl’s Midwest territory kept growing, and he would buy others out. Among them were Chicago, St. Louis, Kansas City, Witchita. By 1974, it was a $12 million company. That’s when Tom Earl Sween became president, and Earl August stepped out of the way.

Convenience stores and microwave ovens came along in the 1970s and were changing the game. At the same time, the territory rules for Stewart Sandwiches were limiting the growth of the company.

By 1976, something had to be done. Tom Earl made the decision to break away and expected pushback from his father.

His father, Earl, had been friends with a foursome of Stewart Sandwich franchise owners for decades, traveling together, knowing their kids.

“He supported me right away on that,” Tom Earl said. “It was amazing.”

They gathered in Washington, D.C., and, though the Sweens didn’t have to, they agreed to pay royalties to the Stewart franchise owners for set number of years.

Meanwhile, E.A. Sween Co. was doing research and development of microwave sandwiches and created Deli Express near the end of 1981. They also got into the microwave popcorn business and bought a company in Indiana. That enabled the company to sell popcorn to Walmart. Later, Sween sold that portion of the business, but it branched into Texas, Louisiana, Arizona and developed a relationship with Dallas-based 7-Eleven.

In the early 1990s, the family owning 7-Eleven sold it to a Japanese company, which wanted to change the distribution model. Instead of having numerous trucks stop at a typical store, blocking the parking lots, it would send products to a distribution center, then a single truck would bring goods to the store.

E.A. Sween Co. secured the position of being the distributor for a large swath of area — from Chicago to Austin to Salt Lake City.

The company tapped into private label, packaging, military. It could do direct store delivery, bring goods via its routes and offer wholesale foods.

Tom Earl’s son, Thomas Hans Sween, came along in the early 1990s, running routes for workers on vacation and making sandwiches. He graduated college in 1996 and went to work on the wholesale side in 1997. Eventually, he took on the challenge of expanding routes in the southwest United States.

Before he could succeed his father, though, the board put some challenges in place. Among them were get a job outside the company first and get a master’s of business administration.

He cleared those hurdles, and in 2008 he became the president of the Deli Express side of the business, and in 2009 president and chief operating officer of E.A. Sween, then the CEO since 2010.

Since then, Tom Earl comes to board meetings, but Tom Hans runs the company.

“So many families businesses say they manage transition well,” Tom Hans said. “My father has actually done that.”

Ron Myshka, vice president of information systems, joined in 1986 as a programmer. He recalls seeing Earl August pull out a pocket calculator, but he would jokingly call it his Palm Pilot. He brought Myshka and his son, then 5, on boat trips in Naples, Florida.

Myshka recalls his son being impressed, saying “He surrounded himself with good people.”

Robert Linner, senior vice president, joined the company back in 1976 as marketing director, and he recalls how Earl August would plan his days, even days off. If they went on a fishing trip, projects would be detailed for the day, with cocktails promptly at 5 p.m. and gin rummy at night. The next day, there was another list.

These days, E.A. Sween Co. does more than $200 million in business.

The company has been in Eden Prairie since 1967 and employs 500 people locally and 1,100 nationally. It used to draw people from within 20 miles, Tom and Tom both said, but with the labor market so tight, people come from across the metro, even all the way from St. Paul.