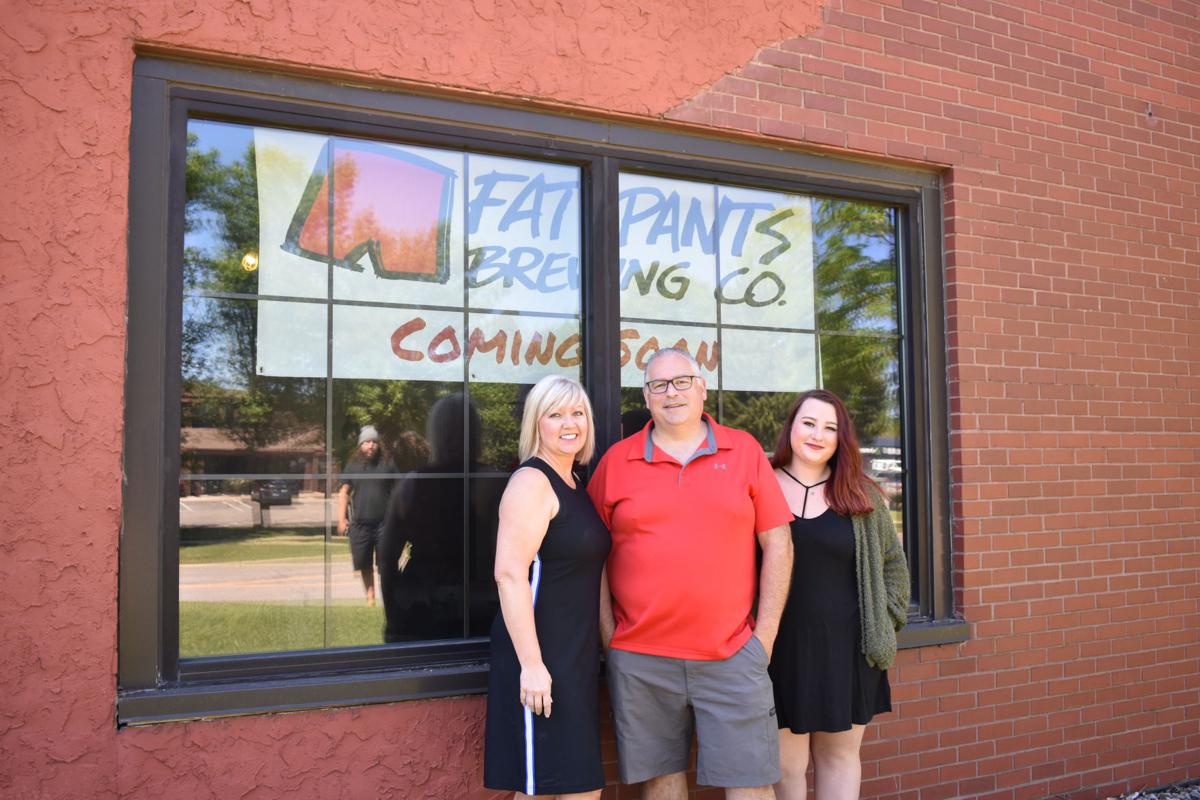 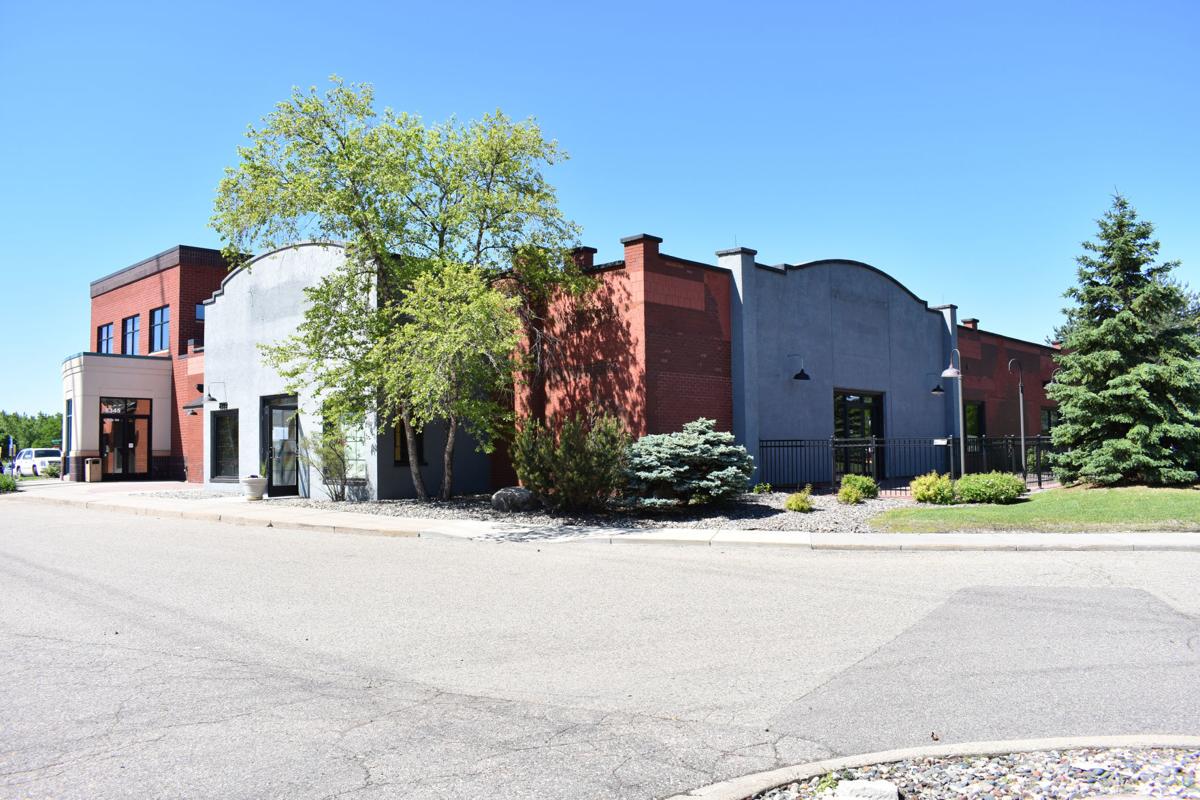 Eden Prairie’s first taproom is getting closer to opening.

“We live in Eden Prairie, our kids have grown up here, so it was important for us to bring something back to the community, [give] it a family feel, and just bring something to the community that hasn’t been here before,” Linda Anderson, co-owner and designer, said, noting it will be the first dedicated taproom in Eden Prairie, although the Andersons noted there have been other establishments in the city that have brewed beer.

The brewery, at 8335 Crystal View Road, has been in the works for about two years — it took the Andersons a while to find the right spot that was big enough for the brewery to grow and had space for a kitchen so they could serve food in house — but the dream of opening a brewery started decades ago.

Back in the 1980s, Don Anderson gave his father a homebrewing kit and they brewed beer together, although his father didn’t like the beer they made, and to this day doesn’t like craft beer, he said. Then, about four years ago, Elizabeth Anderson and her siblings gave their father a homebrewing kit, and they were hooked. Their garage and basement were filled with brewing equipment, and after many conversations of “we should open our own brewery,” they decided to make it happen.

“After some persistence, she (Elizabeth Anderson) just kept harping on us, so we said ‘let’s throw it in and do it,’” Don Anderson said.

That persistence may earn Elizabeth Anderson the youngest brewery owner in the U.S. (and possibly the world) title. The Eden Prairie High School graduate will be 24 when the brewery opens, and from what she’s found in her research, it’ll make her the youngest ever. She believes the current record holder is Meg Gill of Golden Road Brewing in California, who was 26, Elizabeth Anderson says.

It’s a title Elizabeth Anderson is humble about.

“It’s cool — I’m not super comfortable in that position, it makes me nervous to say that, it sounds a little bit boastful,” she said. “I’ve just been blessed — I have super supportive parents who have kind of paved the way for me, and they’re both really strong in business. And I’m just really looking forward to working with them everyday and learning from them. They’ve built some pretty fabulous careers themselves off of a lot of hard work, so it’ll be really fun to get to do that with them and learn from them. You know, when you’re little you learn from them in life, and now I get to learn from them in my career.”

For the Andersons, it is important to them to not just open a brewery, but to make a space where friends and families can come hang out — something Don Anderson believes is lacking in the community.

“All around here there are great restaurants and things like that — and we’ve been residents for a long, long time — but people will go and they’ll have dinner, but there’s really not a place to go … after that, unless you’re back to someone’s house or something like that,” he said.

The taproom will feature different areas to hangout, including a spot with comfy couches to relax in by the fireplace, a more traditional taproom area, booths for families to have a meal and a beer or play a game, a small stage for live music, a patio for outdoor drinking and dining, a conference room in the back for people to use for meetings, as well as a video wall with TV screens that may eventually have a live feed from popular beer towns, such as Munich, Germany.

Don Anderson will be the head brewer, and since his favorite beer style is IPAs, that’s what the brewery will specialize in. But he says they’ll cover the spectrum of styles with their 18 taps, such as stouts, porters, lighter beers, non-traditional beverages and eventually some sours.

Those non-traditional beverages are important to Linda Anderson. She hopes they will cater more toward women and people who don’t typically drink beer, with Don Anderson noting to make them, they’ll likely use barley based alcohol to mix into a cocktail.

“Because as a woman myself, going into a brewery with him (her husband), he would know immediately the kind of beer he wanted, and I’m looking at the menu going ‘Alright, well, what am I going to like?’ So my whole idea was, while this is Fat Pants, we want to bring a Fancy Pants menu to Fat Pants so that women can walk in and have a menu for them,” she said.

Don Anderson says although they have 18 taps, they probably won’t start with that many beers when they open — it’ll be something they’ll ramp up to.

Fat Pants will sell beer in the taproom, as well as growlers (64-ounce jugs of beer that people can bring home with them) and likely crowlers (32-ounce cans for people to bring home). In the future, the brewery does hope to distribute.

Having a kitchen in-house, which is different from most breweries, was important to the Andersons, with Elizabeth Anderson saying when she told people about their idea to open Fat Pants, the first question she’d get was “Are you going to have food? Because I’m always hungry at a brewery.”

Plus, having food “distinguishes us” from other breweries, Linda Anderson said.

Fat Pants will have a pub-style menu with sandwiches, burgers, pizzas and appetizers — food people want while they’re drinking beer, Don Anderson said, noting people will order and pick up their food from a food truck that’s inside the taproom.

Going along with the restaurant is an effort to be more eco-friendly. Fat Pants is currently exploring types of compostable and green items in an effort to avoid plastic and harsh dish chemicals, Elizabeth Anderson said.

Fat Pants will be open for lunch and dinner, and people are also welcome to bring their outside food to eat at the taproom.

Don Anderson came up with the name Fat Pants while drinking with his Zubaz-wearing friend at a local brewery one night.

The friend, standing with his Zubaz on, said “Wouldn’t it be great to have a brewery,” Don Anderson recalls. He replied to his friend, “‘What’d we call it? Fat Pants Brewing?’ and that just stuck.”

The brewery’s website says the name relates to “all those lazy days on the couch, chilly nights at the cabin, and mornings after one too many beers where you just need to curl up, get comfy and put on your Fat Pants.”

Elizabeth Anderson said they’re waiting on some final licenses and to finish construction on the space before opening the doors. A tentative opening date is somewhere between Oct. 1 and Oct. 7. They’ll announce their soft opening on Facebook, and then have a grand opening shortly thereafter, she said.

The Andersons had hoped to pour Fat Pants at the Prairie Brewfest next month to give people a taste of the beer before the taproom opens, but Elizabeth Anderson said they won’t have their licenses in time to do so. However, they are hoping to make an appearance at the Sept. 7 event at Purgatory Creek Park in Eden Prairie.

Drinks and democracy at the Prairie Brewfest, where EPCF grants are decided by vote