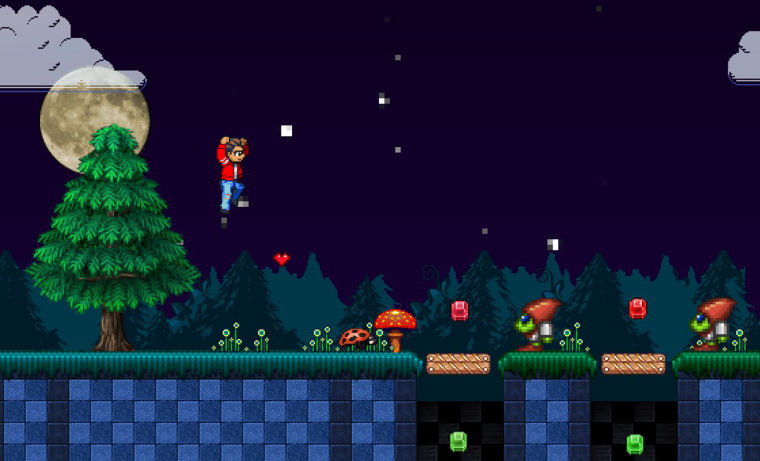 This screenshot of “Pixelsphere” shows one of the game’s main characters, Axl, as he navigates the realm of Hexatonia. 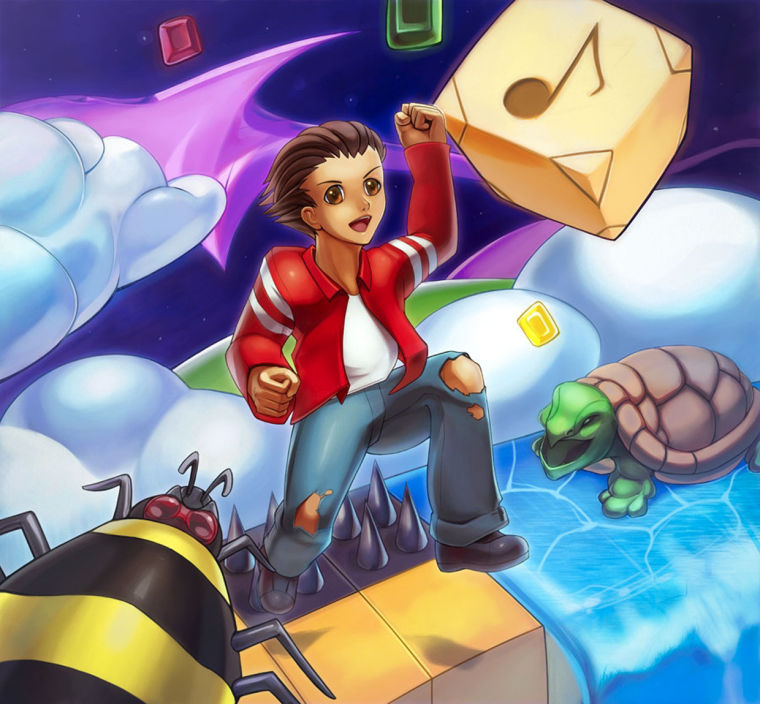 Alex Smith, creator of the video game “Pixelsphere,” expects to release the game for Macintosh and Windows computers this fall. 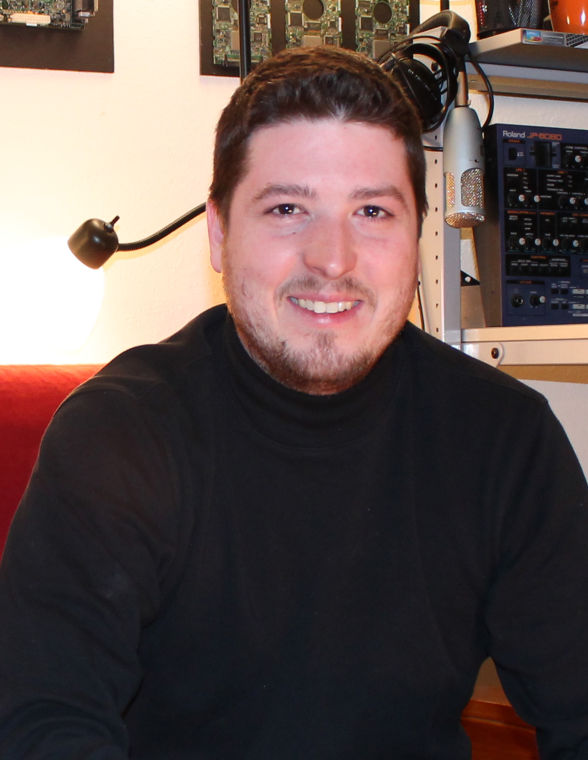 This screenshot of “Pixelsphere” shows one of the game’s main characters, Axl, as he navigates the realm of Hexatonia.

Alex Smith, creator of the video game “Pixelsphere,” expects to release the game for Macintosh and Windows computers this fall.

How many people get to create a video game and compose the soundtrack for it?

That’s a dream that Eden Prairie resident Alex Smith has been working to make a reality for the last two years. He just got a big boost on Kickstarter to move on the next phase of the project.

Smith is creating a game for Macintosh and Windows computers called “Pixelsphere.” He describes the game as a “classic side-scroller” that is similar to 16-bit era videogames like “Sonic the Hedgehog.”

He’s produced music under the name of “The Cynic Project” since 1998, and works at MakeMusic as a quality assurance engineer for his full-time job. His wife often provides the vocals for his The Cynic Project music.

He’s always wanted to integrate his music into a videogame, Smith said.

“I just wanted to make the game and have my music be the game,” he said.

According to Pixelsphere’s website, the game centers on the realm of “Hexatonia.” The present-day civilizations of Pixelsphere believe the insect-like Hexatonian race that communicates through music on a six-tone scale is the subject of legend.

Maestro discovers the location of the fabled land and invents a “Hexatonian Universal Translator” that would allow him to walk among the Hexatonians safely. Maestro’s son, Axl discovers the translator on the ground just outside the Hexatonian border one day and knows something is wrong. Axl and Maestro’s assistant Tremolo set off to search for Maestro in a land that threatens to consume him.

“There’s no villain. It’s just a premise of discovery and revealing what happened,” Smith said.

Smith described the game's music as having a New Age feel and as “real smooth and relaxing.” He’s gotten some inspiration from the “Ecco the Dolphin” game for Sega Genesis.

“That was a sparse soundtrack. You would get immersed into the environment,” he said.

Teaser videos for the game show that many of the musical elements are tied to specific movements of the characters as they interact with their environment.

Smith plans to have an offshoot of the game where users would be able to build their own “musical contraption” and listen to what the music sounds like after they’re done. He believes the overall game will appeal to players who want to sit back and have a relaxing gaming experience.

“This isn’t going to be a right-on-the-edge-of-your-seat kind of game,” he said.

He has hired some pixel artists to work on some of the artistic portions of the game. A lot of the art in the game also is coming from free, open-sourced online content. Smith is using content from opengameart.org to come up with backgrounds and tile sets to build the game. In turn, he’s uploaded some of his music and art back to the site to give back to the online community, he said.

Smith was seeking funding sources to back his project through the website Kickstarter. Kickstarter offers a place for independently created art projects to get funding.

“I’m really excited about that,” he said.

The money will allow him to contract with people to write the code for the game and finish parts of the game like building the levels. He also will need to get testers to play the game, which he's expecting to release this fall.

“I just hope a lot of people play it. I am going to do whatever I can to price it so as many people can play it as possible, and inspire people with the great sounds," Smith said.

Find links to more on "Pixelsphere" at