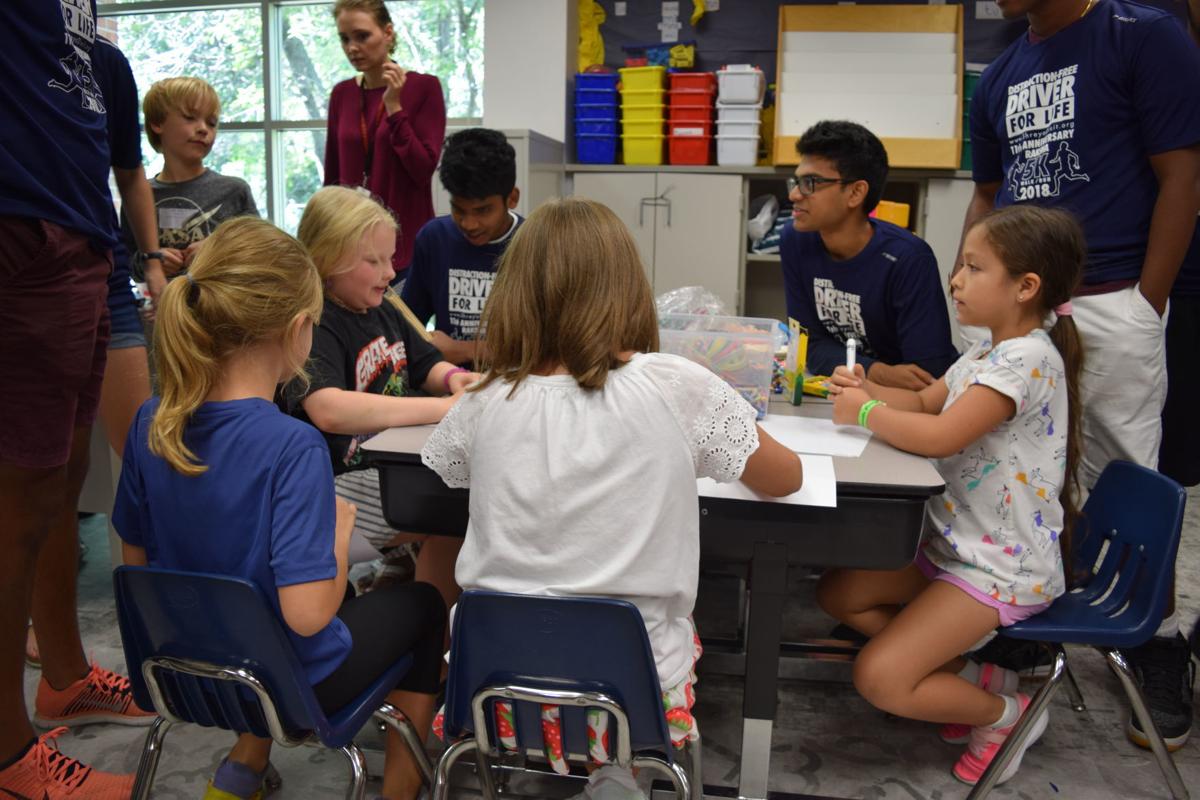 Eden Prairie elementary school students and teens teamed up to draw what distraction-free driving means to them at a daylong camp run by the Shreya R. Dixit Memorial Foundation in August. 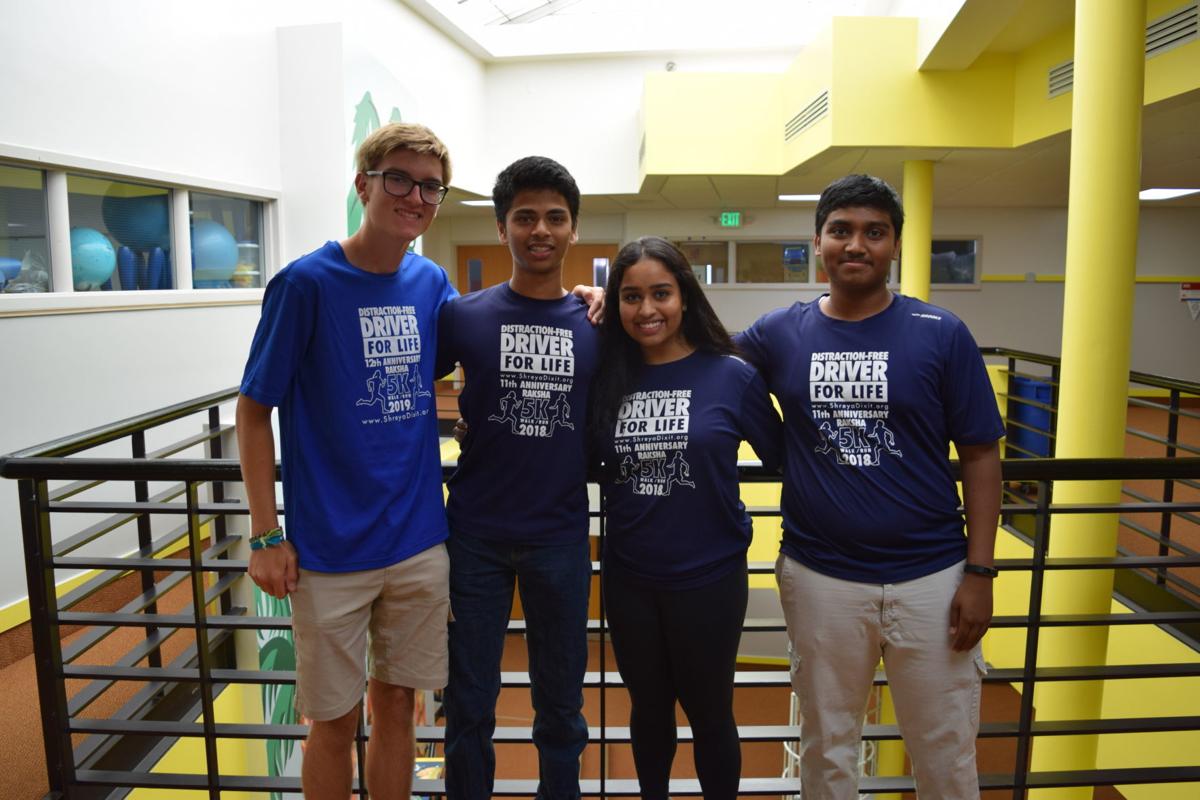 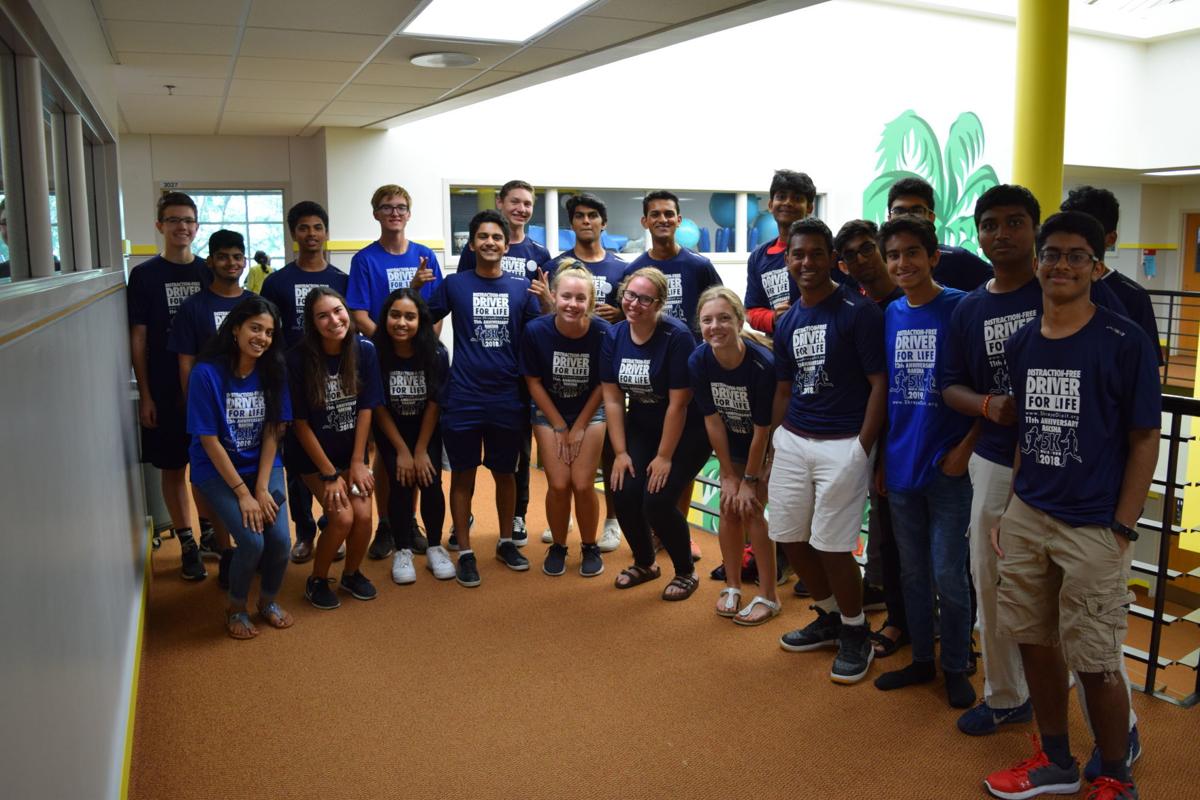 Eden Prairie elementary school students and teens teamed up to draw what distraction-free driving means to them at a daylong camp run by the Shreya R. Dixit Memorial Foundation in August.

“The kids are our peers, our younger peers,” explained Saathvika Yeruva, co-president of the Distraction-Free Driving Club. She and her classmates spent the morning at Oak Point Elementary School in Eden Prairie playing games, drawing and doing trivia with 15 elementary school students to teach intervention strategies if they see unsafe driving habits and how technology can quickly lead to dangerous distractions.

The one-day summer camp was the brainchild of Vijay Dixit, founder of the Shreya F. Dixit Memorial Foundation, which advocates for safer driving to prevent injuries and deaths from distracted driving. The idea is to create a long-lasting effect: Young children can ask their parents and older siblings to use safer driving habits and will also grow up with those ingrained habits long before they sit behind the wheel.

Even though they’re a decade away from being drivers, the elementary schoolers had no trouble with the idea of distracted, or bad, driving.

“These little kids know more than we ever would think because they grew up with these technologies,” said Suvarna Nallamalli, the Dixit Foundation’s youth outreach director and University of Minnesota sophomore. “They grasp the concept in a matter of two seconds that they can use these apps to drive less distracted.”

The teens used games and incorporated smart devices to demonstrate distraction. A dropped ruler is easy to catch when it’s your only task, the kids learned, but when they held a phone and tried to look at a video while also catching the ruler, it often ended up on the floor.

People just a few years older than these children have trouble putting the phone down in the driver’s seat, Nallamalli said, pointing out that she’s seen many of her peers reach for the phone while driving. Part of what the Distraction-Free Driving Club teaches is a driving protocol, Yeruva added: Put the phone out of sight in the center console, and turn on “do not disturb” mode so any messages or calls can’t distract you; if you need directions, use Bluetooth or the speaker phone to listen to directions instead of watching the screen.

At the end of the two-hour camp, Nallamalli asked the gaggle of children what they’d learned. Distraction happens fast, one said; “two seconds,” another piped up.

“You can use phone Siri to ask for directions,” said a young girl named Siri.

On Aug. 1 of this year, a law that prohibits holding your phone in your hand while driving went into effect. During the first week of the new law, the Minnesota State Patrol issued about 500 citations and warnings, the agency said in a tweet on Aug. 8.

Over 60,000 Minnesota crashes involved distracted driving between 2014 and 2018, according to the Minnesota Department of Public Safety − nearly 20% of car crashes in the state.