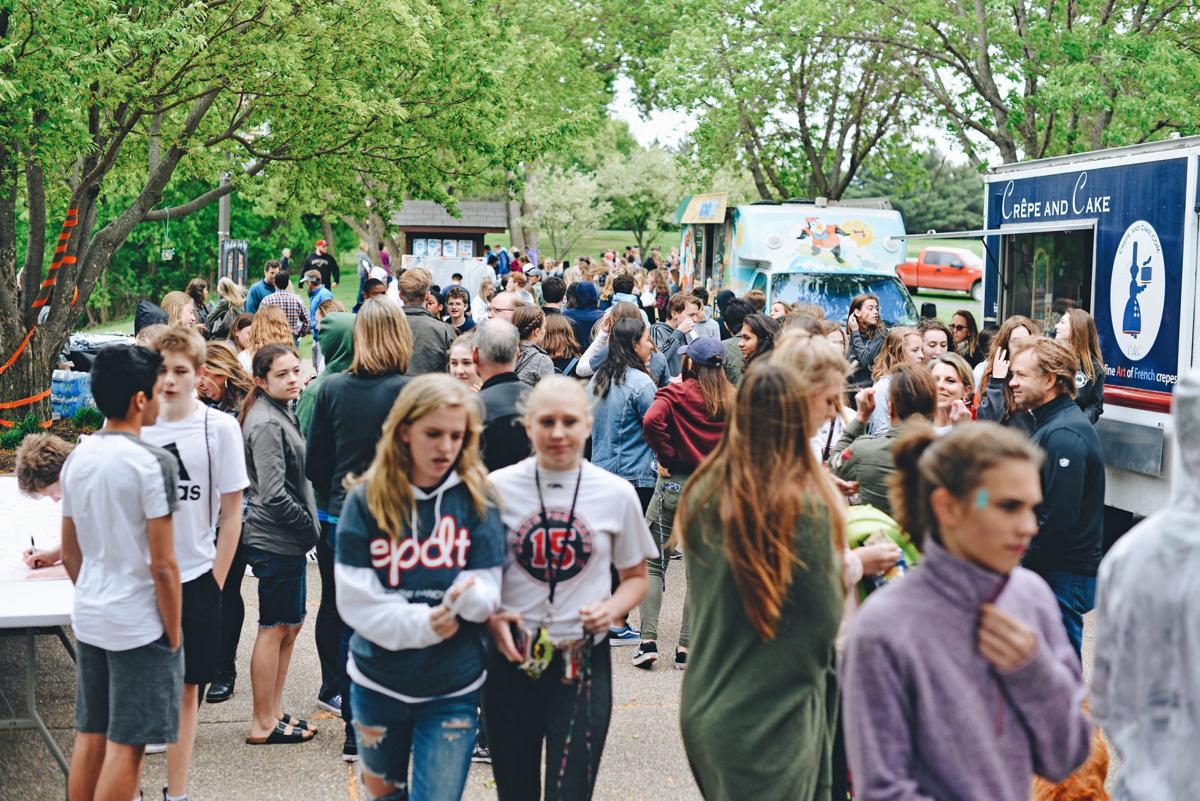 The Eden Prairie Student Council planned the 2018 “AdvoKate: A Benefit Supporting Cancer Research” event in memory of 13-year-old Kate Fronek, who died from leukemia in July 2017. 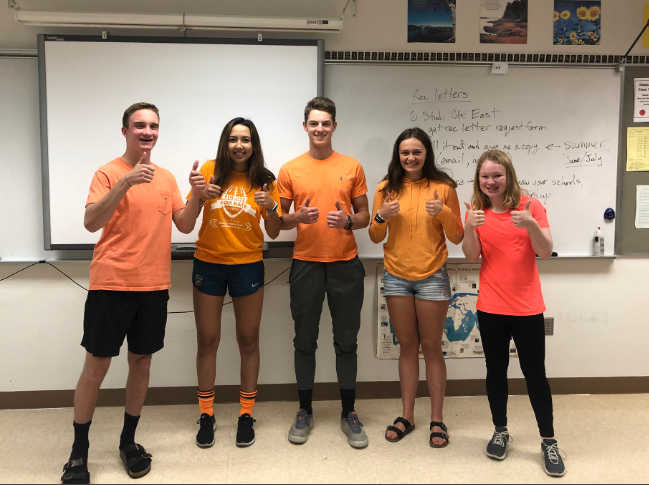 Students wore orange to raise awareness of ahead of the 2018 AdvoKate fundraiser. This year, nearly 80 students applied to help organize the 2019 event.

It’s only three years old, but the Advocate for a Cure fundraiser is growing up fast.

In 2017, Advocate was a small concert in the East Commons of Eden Prairie High School, raising money to help an Eden Prairie family and their 13-year-old daughter Kate Fronek’s battle with cancer.

Mackenzie has since graduated, and earlier this year it wasn’t clear if the fundraiser would happen again, Advocate organizer Zella Sahar, a senior, said. However, a few of the 2018 organizers saw an opportunity to create a legacy of community philanthropy and in January began planning for the 2019 event.

The event has been renamed Advocate for a Cure to broaden its message and to honor the wishes of the Fronek family, student organizers said. They asked that the focus change from their family to a more general cancer-fighting message, but wanted the event to continue advocating for cancer research.

“They really wanted us to keep this going,” said organizer Carter Anderson, a senior.

“The spirit of Kate is very much a part of this event,” Smith-Bothun added.

The enthusiasm for Advocate at EPHS was apparent as Anderson, Sahar and Sophia Yusuf, another senior, began planning the event with the Student Council and National Honor Society. They sent out applications for students to be involved in January 2019 and received nearly 80 replies, Anderson said.

“We had to cut it in half, almost,” Anderson said.

The trio formed a leadership team that oversees four committees with around eight members each: marketing and design, outreach, tech and operations, and concert. They met weekly for months to organize outreach to local businesses, find student musicians to perform, set up a text-to-donate number and locate equipment for the day of the event. While Smith-Bothun helps with logistical issues — getting liability insurance, communicating with the city about signage and advertising — the students have done the vast majority of the work, he said.

Hey @janashortal, who do you #Advocate for? Here's what some of the members of the Advocate planning committee at Eden Prairie High School advocate for. #Advocate is a student-run community-wide event that helps raise money for cancer research. Check out our page for more info. pic.twitter.com/sfVUM5Tlhq

“What’s cool about it for me as a teacher is to see dedicated, philanthropic work by students,” he said, noting that most of the organizers had already been accepted into college and were truly focused on helping others.

For the organizers, the 2019 event is a chance to bring the community together and create a lasting legacy for the event’s philanthropic spirit.

“For those people who have lost someone to cancer, I feel like it’s a nice way to commemorate,” Yusuf said.

“It’s a lively event, it’s not meant to be sad,” Sahar added.

Advocate for a Cure will take place from 4-8 p.m. on Saturday, June 1, at Eden Prairie High School, 17185 Valley View Road. It was originally scheduled for May 18 and rescheduled due to rain. The event will include live music, food trucks, a raffle, games, cancer information and llamas, according to the event page. All proceeds will benefit cancer research organizations.

What: Advocate for a Cure. The event will include live music, food trucks, a raffle, games, cancer information and llamas. All proceeds will benefit cancer research organizations.