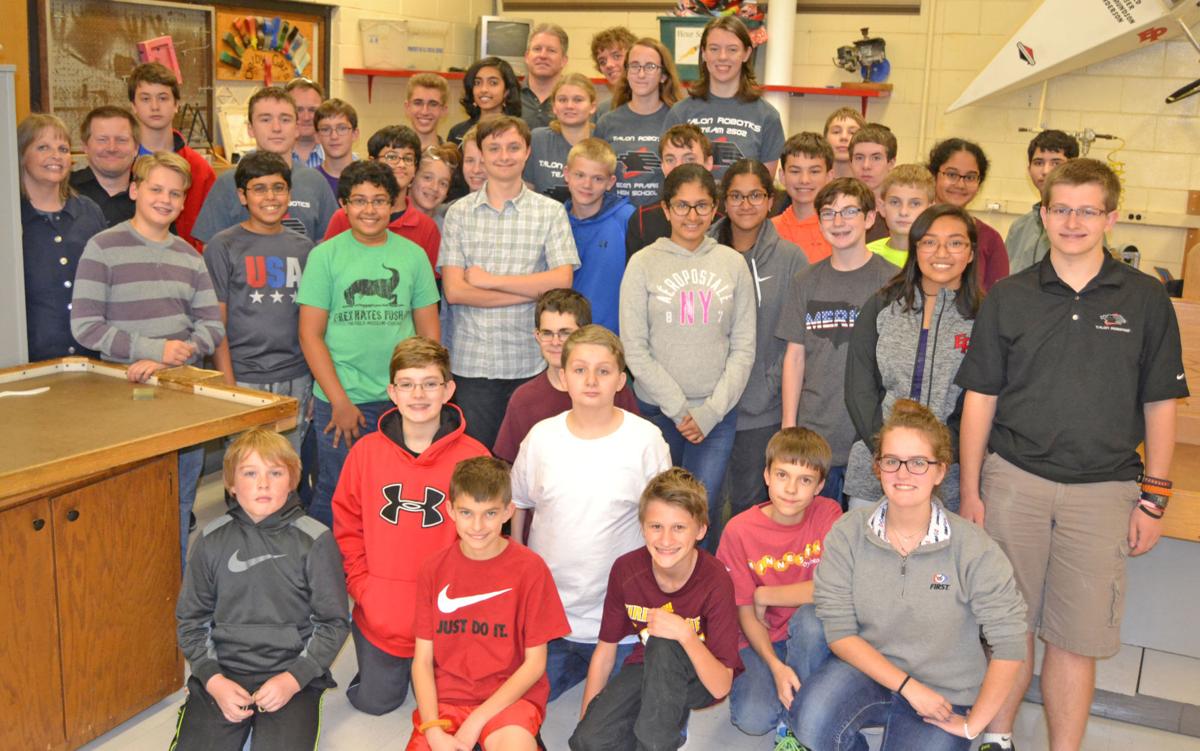 Central Middle School students involved in the school’s FIRST Tech Challenge robotics program and their high school and adult mentors pose for a photo during a meeting on Oct. 27. 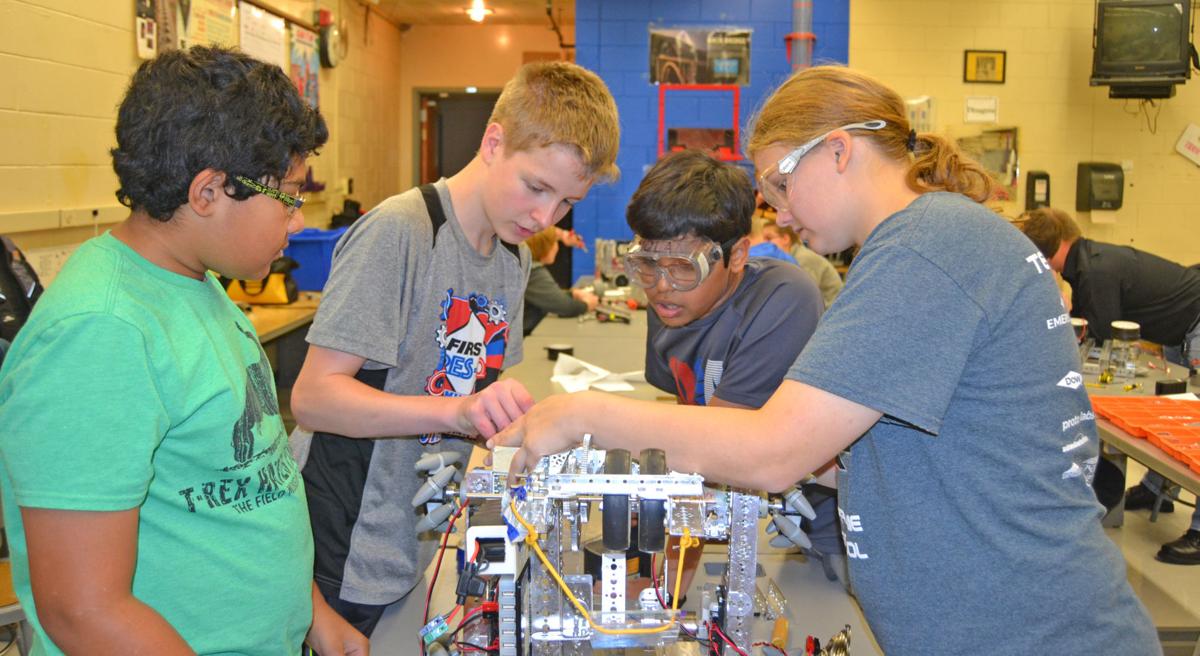 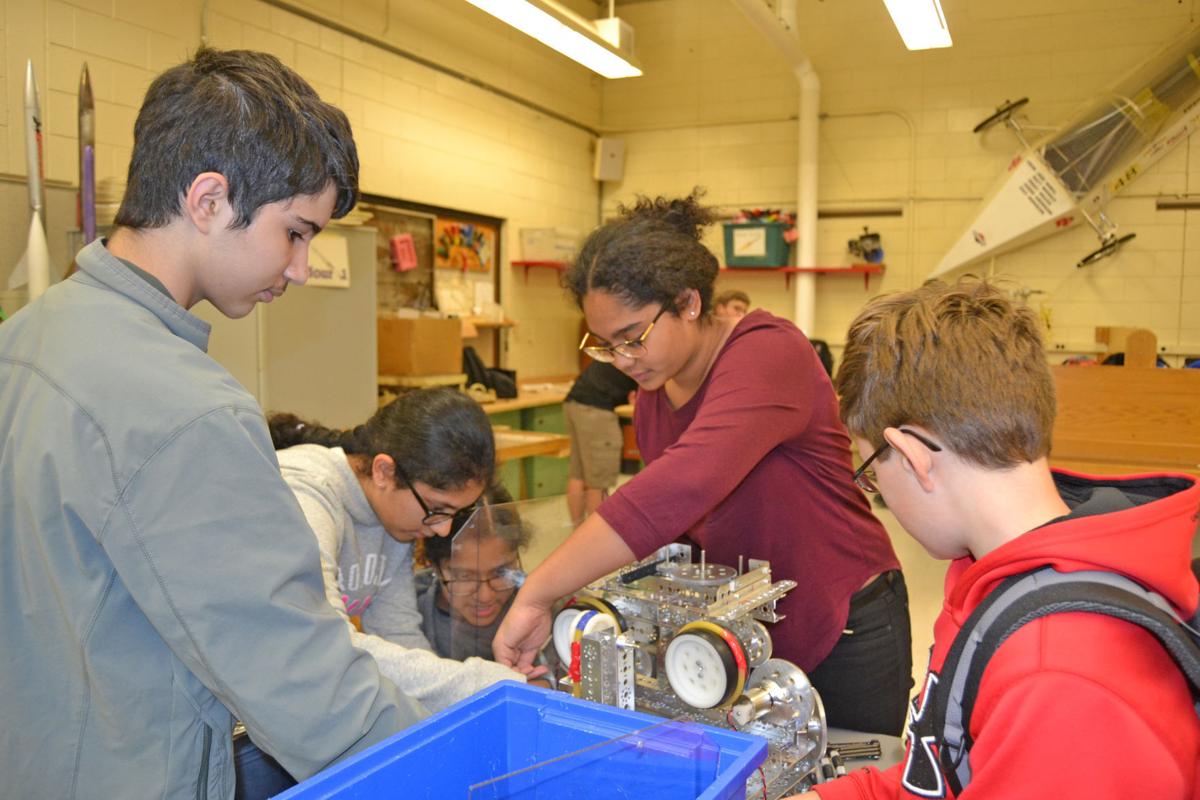 Central Middle School students involved in the school’s FIRST Tech Challenge robotics program and their high school and adult mentors pose for a photo during a meeting on Oct. 27.

The FIRST Tech Challenge robotics program at Central Middle School has been growing and Alec Dusheck believes that’s due, in part, to mentoring from high school students.

Members of Eden Prairie High School’s Talon Robotics Team 2502 have traditionally given guidance to seventh- and eighth-graders on robotics teams since the program kicked off more than three years ago.

Dusheck, an eighth-grader and member of the “Ground Zero” Team 9078, said he’s thankful for high school students’ time and devotion to the program.

“I think without the high school, the program ... would be a lot smaller,” he said.

This year, CMS has nearly 50 students who are on six teams. Last year there were 38 kids on five teams, a dramatic increase from the program’s first year when it started with one team of four, according to Gail Silewski, FTC coordinator at CMS.

The teams began meeting on Sept. 10 and have since been building their robots. They compete in their first qualifying tournaments on Nov. 19 and 20, Silewski said.

Dusheck said this year’s challenge, “Velocity Vortex” involves robots being able to get points by shooting wiffle balls into one of two standing circular targets; pushing balls into two corner goals and pushing buttons to light a beacon .

The CMS teams typically meet three times a week and high school students mentor them during those meetings. The assistance has gone beyond giving pointers on coding and assembling robot frames.

Senior Ellie Feist has been giving guidance to students with their “engineering notebooks,” a component of competitions where the teams document the process of creating their robot. Sophomore Josie Schmitt has been teaching the teams how to scout — the term used to describe looking for the best attributes in other teams when they create alliances with other teams in competitions. Schmitt also created a written test to help teams determine who should drive the robot, Olson explained.

“A lot of times they’re good at coming up with a solution and it’s kind of breaking down the steps to get to that solution. A lot of us are paired with up with a student mentor, an adult, and we have some student mentors that float around,” Olson said.

Feist said this is the first year Talon Robotics has also helped the CMS students with marketing. They began the process last year of setting up a program to help CMS students learn how to market their teams and reach out to potential sponsors. A template email was also created to assist students with communicating with sponsors and they’re working on creating a sponsorship packet like the Talon Robotics team has that would be given to sponsors to explain the tax benefit and what the company gets out of supporting a program.

While they provide mentoring, Talon Robotics has a philosophy of remaining as hands-off as possible when giving advice to their younger peers, according to Grant Silewski.

“In terms of interfering with things, whenever we see a mistake for the most part, we let it happen because it allows them to learn and we ask them questions,” he said. “The only exception is safety — if there’s something incredibly unsafe.”

Olson said she enjoys mentoring because she likes seeing the students grow. She’s gotten to be with some students since they started robotics at the FIRST Lego League level. “It’s been an amazing process to see the skills they develop and learn,” she added.

EPHS sophomore Poorva Halbe said it’s fun seeing students progress from wondering how a robot works to being able to program it.

“It’s fun to see them graduate from FTC to [FIRST Robotics Competition] and now you’re working side by side with them,” she said.

CMS students are equally as grateful to get the help.

“I think it’s nice about them helping us because they have more experience than we do. They’ll know better an d be able to assist,” said Ravisha Jaiswal, an eighth-grader.

Eighth-grader Nidhi Kamath appreciates that the Talon Robotics members allow them to make mistakes because “they don’t interrupt learning,” she said.

“Most of the time if someone is constantly guiding you through everything you do, by the time they’re gone and you have to do it yourself, you didn’t learn anything,” she said.