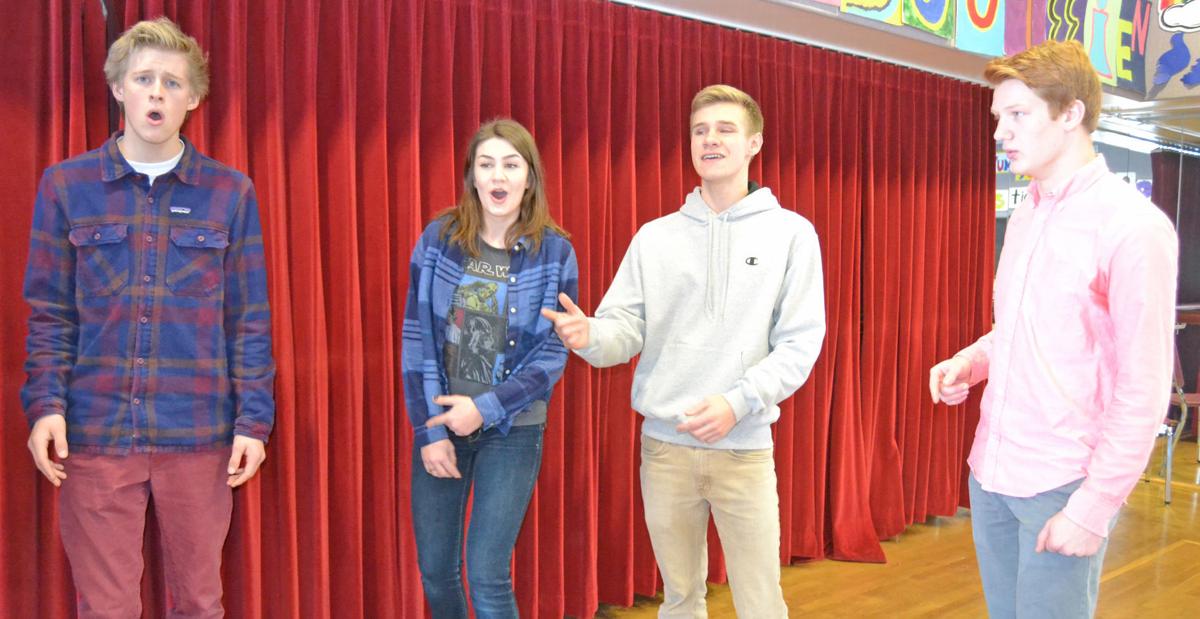 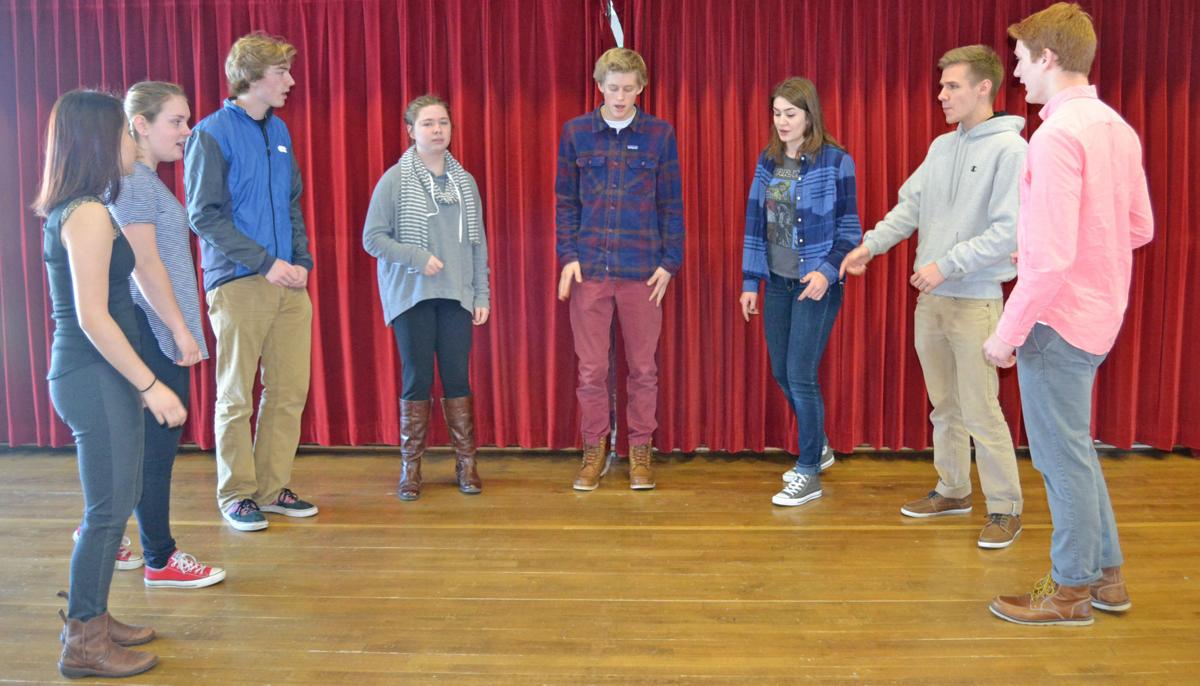 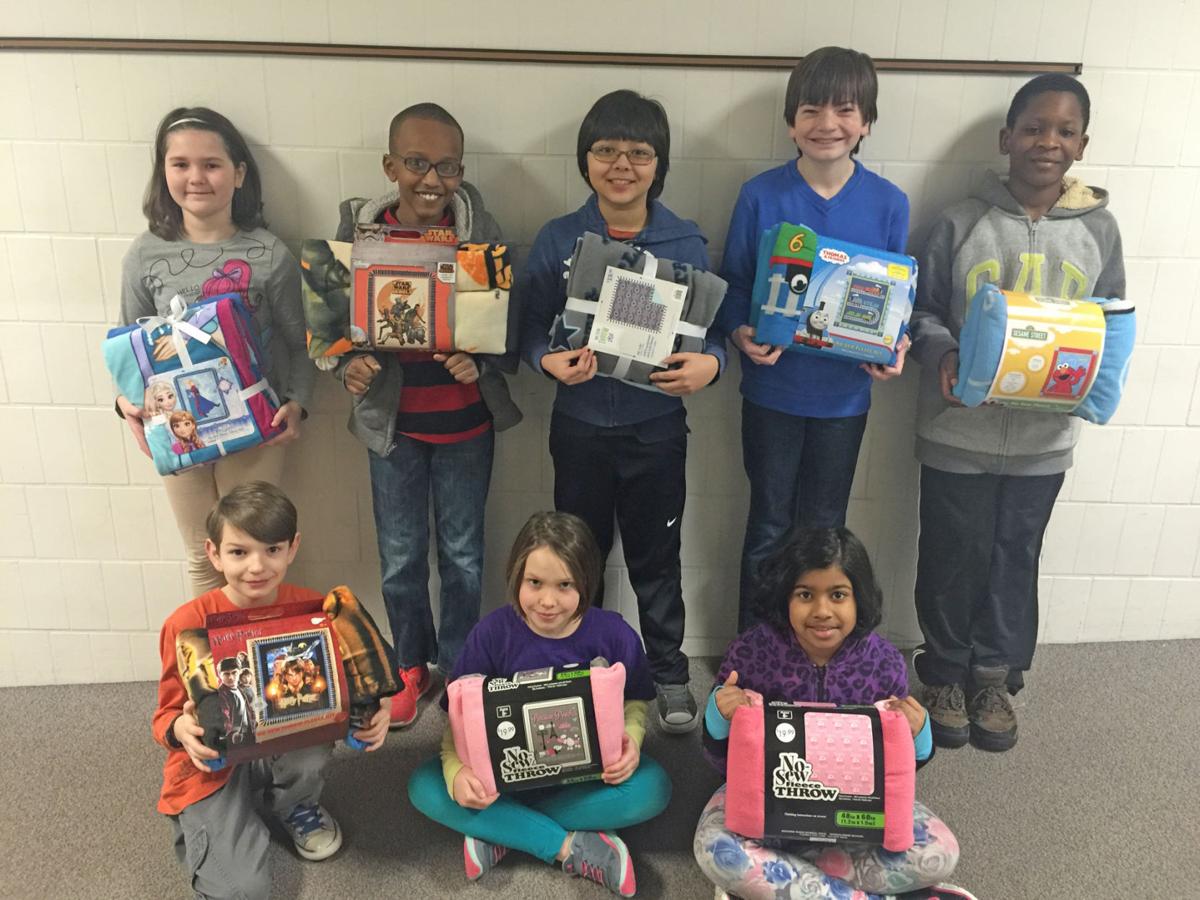 Julie Kanthak thought it would be a one-time event when four Eden Prairie High School choir students decided to try a Singing Valentines program in 2005 as a fundraiser for choir scholarships.

Kanthak, one of the high school’s choir teachers, said the students’ insistence that the program continue in following years is the reason it’s become a tradition a decade later and grew from one group of four boys to eight groups of singers.

“It’s amazing how this has grown to this really cool performance opportunity for kids,” she said. “It allows us to get out to the classroom and let people know we have very talented singers.”

The high school’s Singing Valentines program is one of the service projects Eden Prairie School District staff and students are participating in this month to benefit their schools and the wider community. The district has no specific policy about celebrating Valentine’s day and some schools choose to do service projects for the holiday. The projects range from making blankets for hospital patients to raising money to help students get basic necessities.

Around 100 fourth-graders at Forest Hills Elementary are taking part in a “Caring Through Sharing” service learning project on Feb. 12. Students will make fleece tie blankets in the school cafeteria beginning at 9:15 a.m. for the third annual blanket tying event. The blankets will be donated to Children’s Hospitals in Minneapolis, according to the district.

Fourth-grade teacher Megan Skogstad said she started this project at Forest Hills when her own family had a cousin who was undergoing treatment at Children’s Hospitals. She believed this was a great service learning project that was authentic, purposeful and would affect the lives of many children in a positive way.

“We hope that the students learn that giving back to the community is important. We also want the students to see how they contribute to a larger community and to learn why it is important to help others. It also teaches empathy towards others in need,” she explained.

According to the district, students collected money to purchase the fleece for the blankets. Skogstad said parents help prepare the blankets for tying by cutting them a couple of days before the event. They hope to make close to 100 blankets this year.

“I will drop them off the following day,” Skogstad said.

“Eden Prairie High School staff has their eyes and ears open to the workings of a nearly 3,000-student body. Recently they have observed an increasing number of students in need — students without the means to pay for a medication or an upcoming field trip. EPHS staff wanted a way to do more than just listen — they wanted to help,” a recent district news release stated.

The district was describing the high school’s Random Acts of Kindness Fund. The fund helps students in need get things ranging from paying for meals to purchasing an EPHS sweatshirt to show off their school spirit. The fund is supported solely on donations, according to the district’s website.

According to the district, the fund has enough donations to help about 50 students but EPHS Counselor Eric Motzko has indicated the number of students in need has doubled or tripled.

EPHS staff and community members are working together to raise money for the Random Acts of Kindness Fund.

A fundraiser has been scheduled from 6 to 9:30 p.m. Wednesday, Feb. 17, at JJ’s Coffee and Wine Bistro. The goal of the event is to raise $5,000 for the Random Acts of Kindness Fund. The fundraiser was organized by a Ladies Acts of Random Kindness (LARK) group composed of about nine women. The group is one of multiple LARK groups that meet in Eden Prairie, said Kathy Heil, a LARK member.

Heil said her group has been together for about six years and meets monthly and anonymously to give in small amounts to help a need they hear about in the community. When they heard about the need for the Random Acts of Kindness Fund, they decided to organize an event that would have a larger impact.

“This is the first time we’ve ever done anything on a large scale,” she said.

According to Heil, the event will include opening remarks from Principal Conn McCartan and Motzko, and a raffle where attendees can buy a raffle ticket for a chance to win an item they’re interested in. Several items including jewelry and books have been donated. Winners don’t have to be present and will be notified if they provide their contact information.

“I think we’re expected to have over 100. We have over 75 RSVPs,” she said of expected attendance.

The group is still accepting donations for the raffle. For more information about donating to the raffle, contact Kathy Piechowski at kpiechowski@comcast.net. Those who can’t attend the event can make an online donation to support the fund. The link can be accessed at www.edenpr.org and clicking on “EPHS Staff Give Back to Students” under district news.

Adam Seidel, a 2006 EPHS graduate, said they started the Singing Valentines with his friends and fellow choir students Kyle Burkhardt, Bill Bodner and Collin O’Brien after they heard about the idea being done in another school district. After talking to McCartan, they set up a booth in the south commons and sold Valentine grams for $5 apiece.

Seidel, Bodner, Burkhardt and O’Brien sang one song that first year — “Kiss the Girl” from Disney’s “The Little Mermaid.” They chose the song because it fit with their vocal ranges and it was easily found in the choir library.

“The first year was pretty brutal. We sang the same song 55 times. We couldn’t even speak at the end of the day,” Seidel recalled.

The second year, a group of girls joined them in the program and they sold about twice as many Singing Valentines. Seidel remembers being that people were already asking about the Singing Valentines in January and he was surprised at how quickly they sold out, he said.

Over the years the program added more singers and groups to the mix. Kanthak said she stepped in to help the students with logistics as it continued to grow. An auditions process was also added because of the growth.

Kanthak said today, up to eight groups with eight students in each group are allowed to perform Singing Valentines. The groups’ songs can be no longer than two minutes and must be a capella. Groups visit multiple classrooms throughout the day to perform for staff and students the Valentines were purchased for. This year’s Singing Valentines took place on Feb. 10.

Kanthak said the music chosen has ranged from older cover songs like “I’m a Believer” to music by the group One Direction. Mash-ups (blending elements of two or more songs) have become more popular with groups.

This year, one group composed of juniors Michelle Nguyen and Sean Rush, and seniors Marty Stock, Kai Bjorkman, Ben Nordstrom, Anna Moen, Lydia Shields and Natalie Page, sang a combination of “Rather Be” by Clean Bandit and “Latch” by Sam Smith. Shields said the song choices were from a previous arrangement she had that wasn’t used for last year’s Singing Valentines.

“Our choreography at some parts is very relaxed and we can always step out of the bubble,” Nguyen added. “We aren’t very restricted.”

Aside from raising funds, there are other benefits to participating in Singing Valentines, according to Nordstrom, who has taken part for multiple years.

“It’s my favorite high school activity. It’s just a party day where you can go around and embarrass kids and sing and dance at the same time,” he said.

What: Random Acts of Kindness Fundraiser