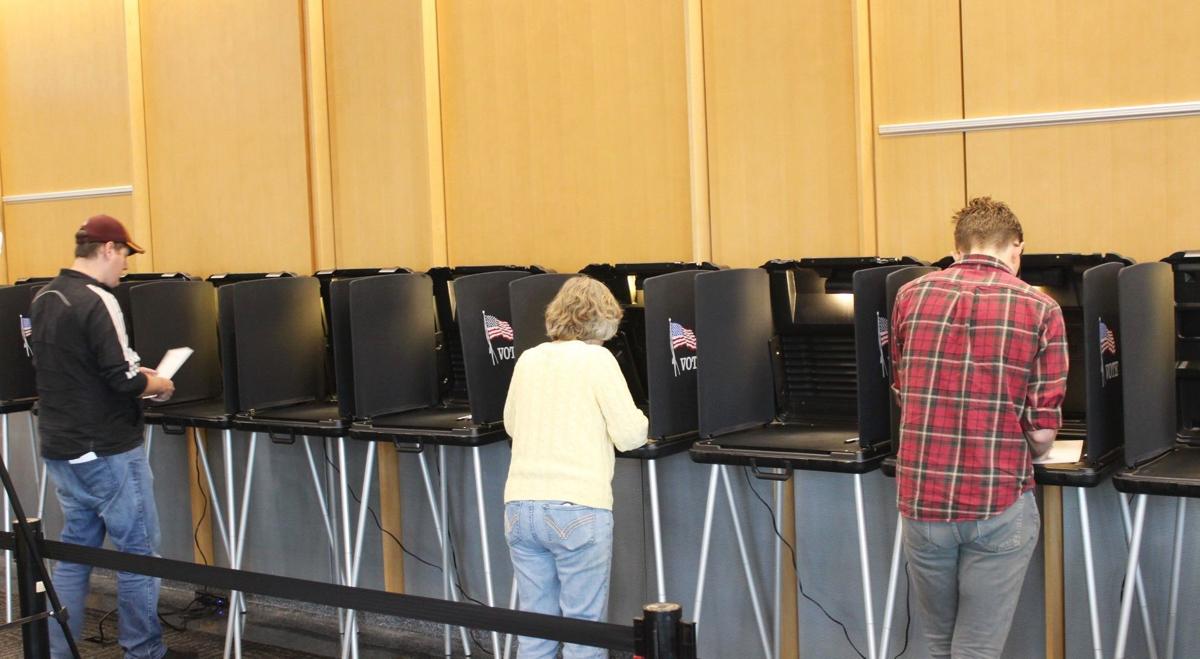 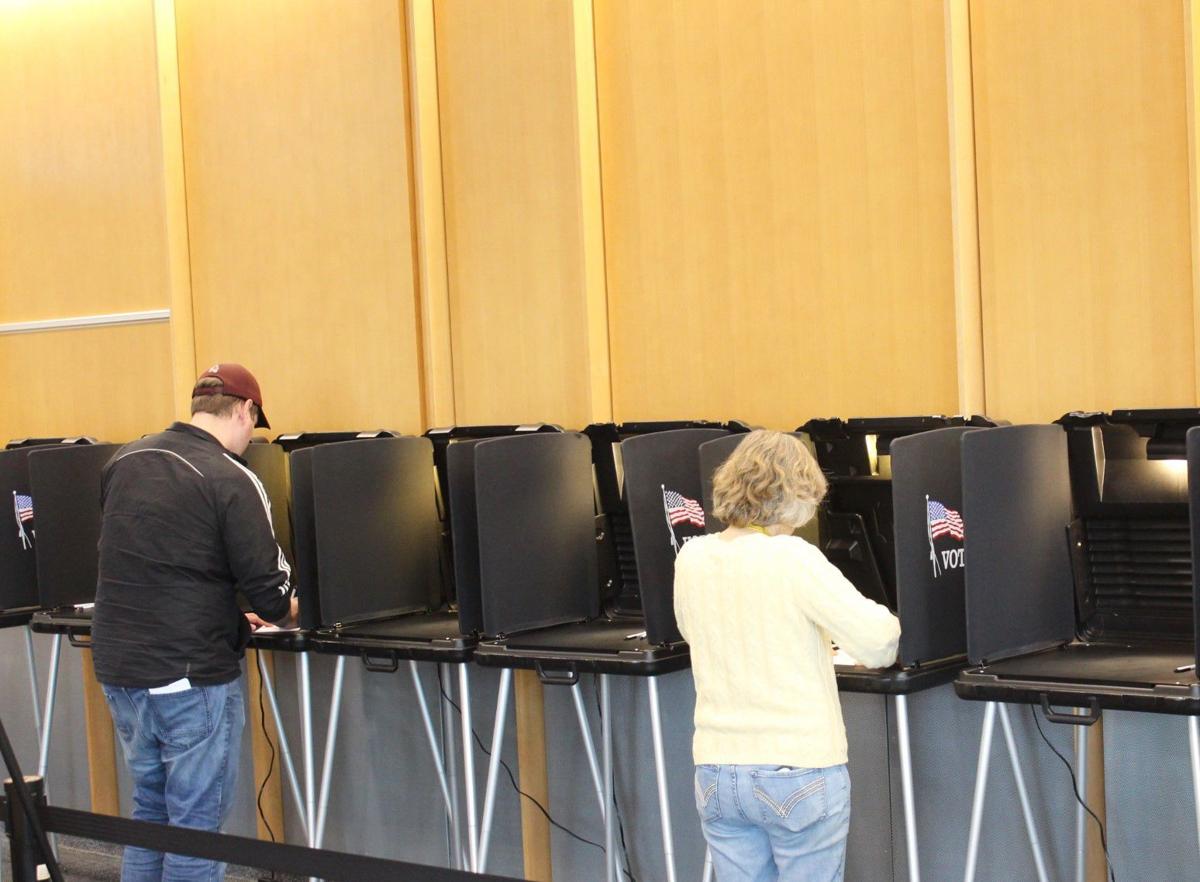 With six weeks to go until the Nov. 6 midterm election, the southwest metro is converting from manicured suburbs into a ragged battlefield, where millions of advertising dollars and hundreds of door knockers and phone bankers will make the pitch that their candidate and political party are best-suited to represent the region.

In a midterm election seen by many as an opportunity for Democrats to retake the U.S. House of Representatives, Minnesota’s suburban 2nd and 3rd congressional districts, which have long sent Republicans to the House, but are viewed as purple districts nationwide, are a focal point for both parties.

Which begs the question, what do people mean when they say suburban voter?

Suburbs are easy enough to define geographically, but tricky to nail down from a political perspective, according to Professor Joe Peschek, who has taught political science at Hamline University since 1987.

“Politically, the base view of the suburbs is they tend to be swing voters,” he said.

In a general sense, the suburban voter tends to be white, moderate to conservative economically and socially moderate, Peschek said. Basically, they tend to be less hardcore politically, and as such, their votes are seen as “somewhat up for grabs.”

“Suburban voters sort of naturally become a battleground,” said Eric Ostermeier, a political scientist at the University of Minnesota Humphrey School of Public Affairs and the editor of Smart Politics, a nonpartisan political news site.

Broadly speaking, Ostermeier said, urban voters tend to vote Democrat and rural voters have voted Republican, at least in recent decades. That makes suburbs a zone where both large parties feel they can win.

‘Ripe for the picking’

Minnesota’s 2nd and 3rd districts are some of the most purple in the nation, Ostermeier said. If Democrats can’t flip one or both of the suburban seats, they likely will not come close to the 24 seats they must pick up to retake the House.

“These are ripe for the picking,” Ostermeier said.

National forecasters seem to agree. The nonpartisan Cook Political Report reclassified both districts from “tossup” to “lean Democrat” on Sept. 19.

This year, 10-year incumbent Rep. Erik Paulsen, R-Eden Prairie, is being challenged in the 3rd District by Democrat Dean Phillips, a gold-star son, a Deephaven resident, a member of a wealthy liquor family and entrepreneur who transitioned from Democratic donor to DFL candidate and is running a campaign focused on accessibility and campaign finance reform.

The race in the 2nd District is a rematch, where former business leader Angie Craig is taking another shot at Republican Rep. Jason Lewis, a longtime political radio host, after losing narrowly in 2016.

In 2016, Democratic candidate Hillary Clinton won the 3rd District by 10 points, but Paulsen cruised to a 14-point win over Terri Bonoff.

In the 2nd, Lewis topped Craig in the district’s first open election in several years in 2016 after Kline retired. It was one of the closest congressional races in the 2016 cycle; Lewis eked by on a 6,655-vote win by less than 2 percentage points. Now-President Donald Trump topped Clinton in the 2nd by just 1 percentage point in the presidential race.

“Repeat challengers don’t have a strong record of winning in Minnesota,” Ostermeier said.

But he thinks Craig has a good chance this year because of the potential wave election for Democrats, her well-funded campaign and increased name recognition over 2016.

“I think a strong case could be made for Angie Craig in this cycle,” he said.

Peschek agrees, noting how close the fight was in 2016 and saying some in political circles think there was a late influx of Trump supporters in the 2nd District that tipped the scale for Lewis. And in general, the party out of power does better in midterm elections, he said.

“I can see why she wants to give it a shot,” Peschek said.

Ostermeier said 2018 will be an interesting study in two opposing political phenomenons: a perceived potential wave election for Democrats and the historical precedent of midterm elections favoring Republicans.

“The greater the turnout, the stronger the Democrats will be,” he said.

In the last 25 years, Republicans in Minnesota’s 3rd Congressional District have received an average 10-point bump in midterm elections versus presidential election years, Ostermeier said. In the 2nd District, a midterm election has meant about an 8-point boost for Republicans since 2002.

Another historical angle favoring challengers this cycle is the lack of incumbents to lose in Minnesota in recent cycles. The last Congressional incumbent to fall in Minnesota was Republican Chip Cravaack, who lost to Rep. Rick Nolan in the 8th District in 2012.

The 2nd and 3rd districts also lack third-party candidates on the ballot in 2018, which could help DFLers, he said.

History shows while southwest metro voters consistently send Republicans to Congress, the largely unchanged 3rd District has sent Republicans to the House since 1961 and the modern 2nd District has been controlled by GOPers since 2002, they don’t vote blindly along party lines.

Peschek said there is a growing thought among political scientists that the adage of “all politics is local” is somewhat fading, and that many House races are featured on a more national stage.

“It’s not just what’s going on in the 2nd and 3rd districts, it’s who has power overall? What do people think of Donald Trump?” he said.

“I would expect at least one of these districts to flip in 2018,” Ostermeier said.

So who is the average voter in the southwest metro in 2018? In April, the APM Research Lab released a detailed demographic breakdown of the demographics of all 435 congressional districts in the nation showing millennials (ages 22-36) now outnumber baby boomers (ages 52-71).

African-American and Hispanic residents each make up 6 percent of the population in the 2nd District; followed by Asian-American residents, 5.6 percent; and American Indian residents, 1.1 percent.