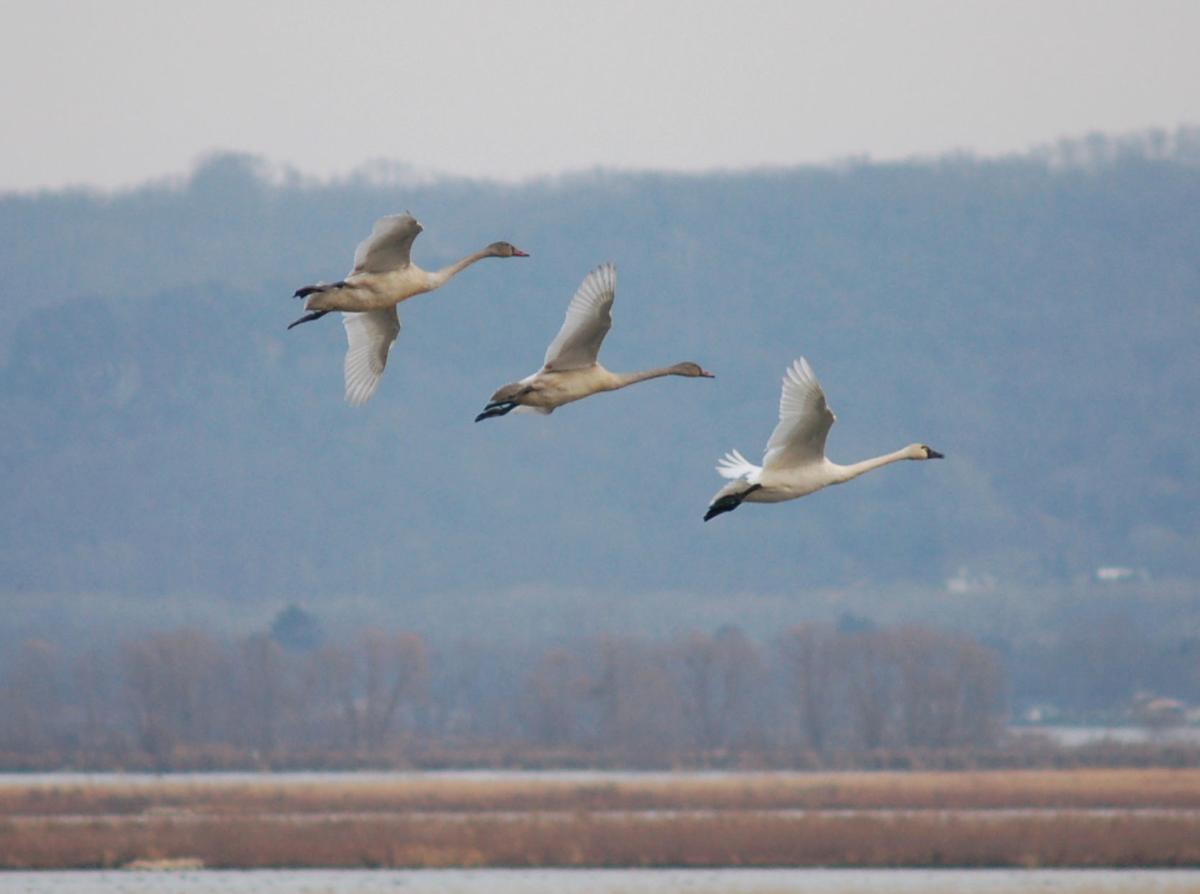 A trio of Tundra swans executes a flyby at the Brownsville Overlook near Brownsville, Minnesota. 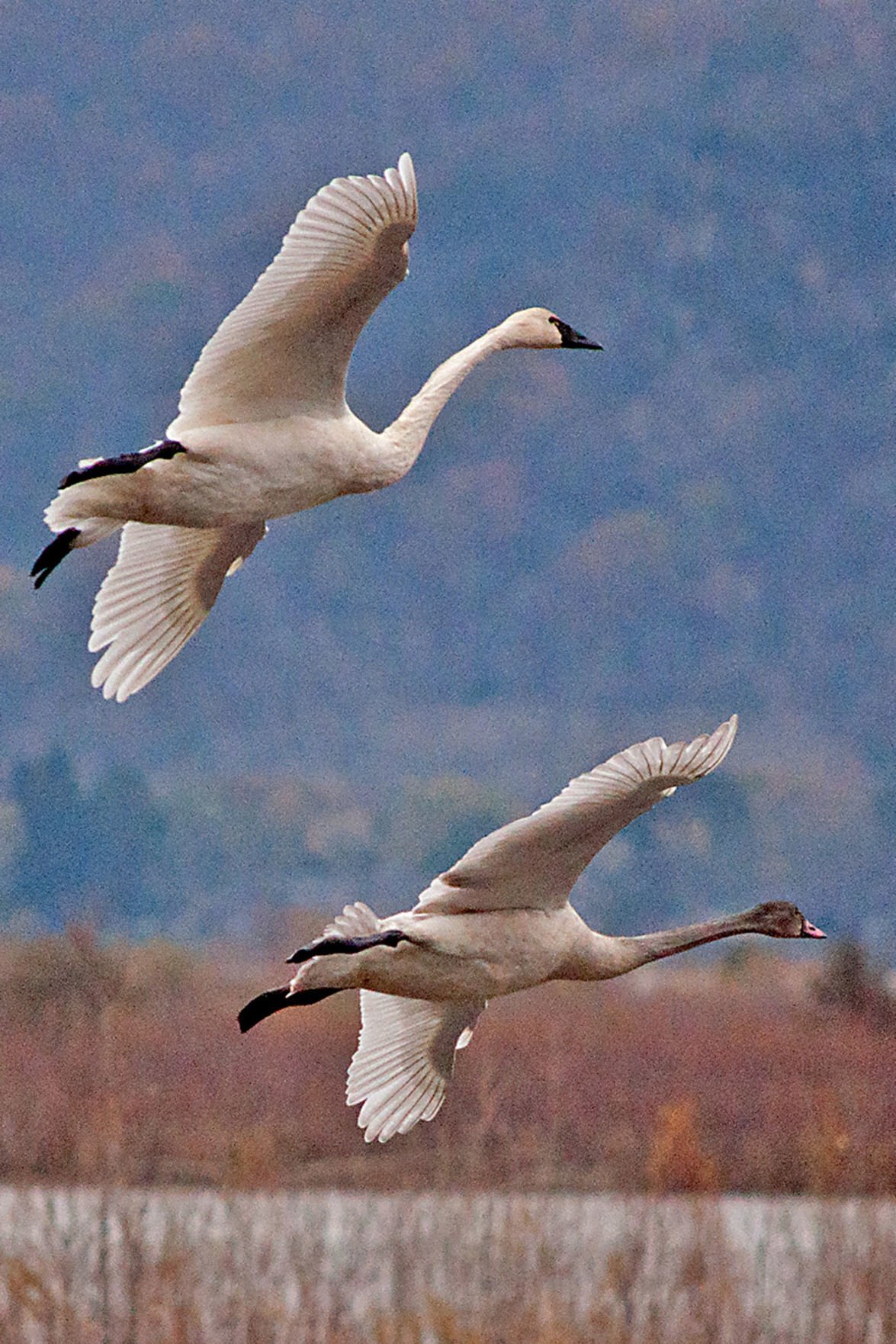 Main — An adult and juvenile Tundra swan prepare for a landing at the Brownsville Overlook. 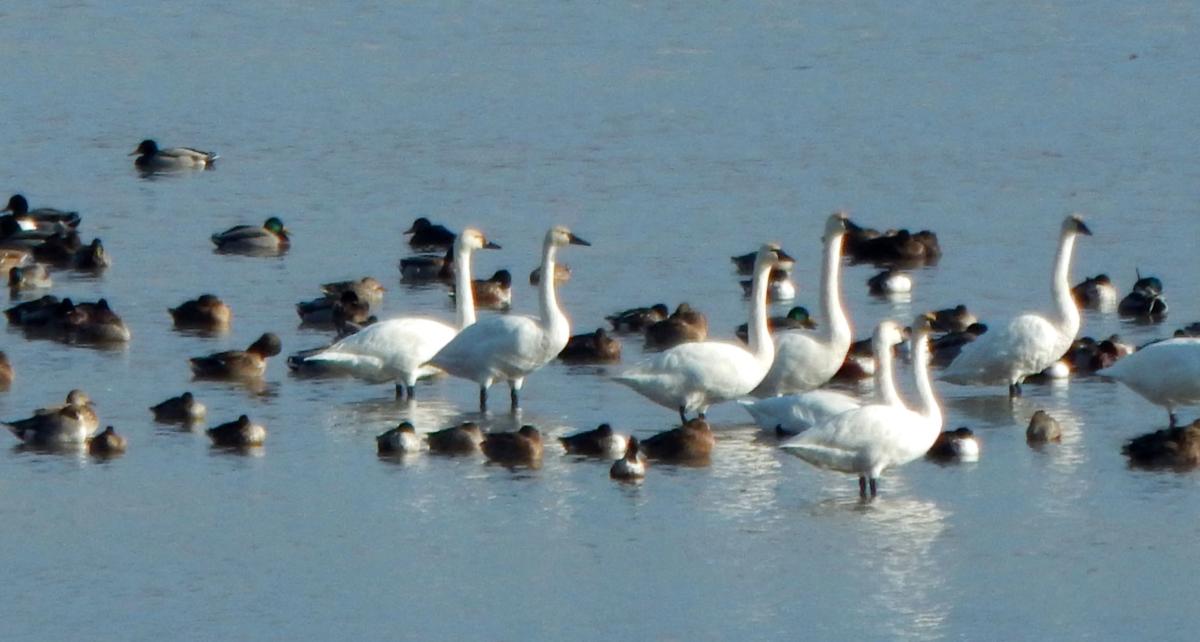 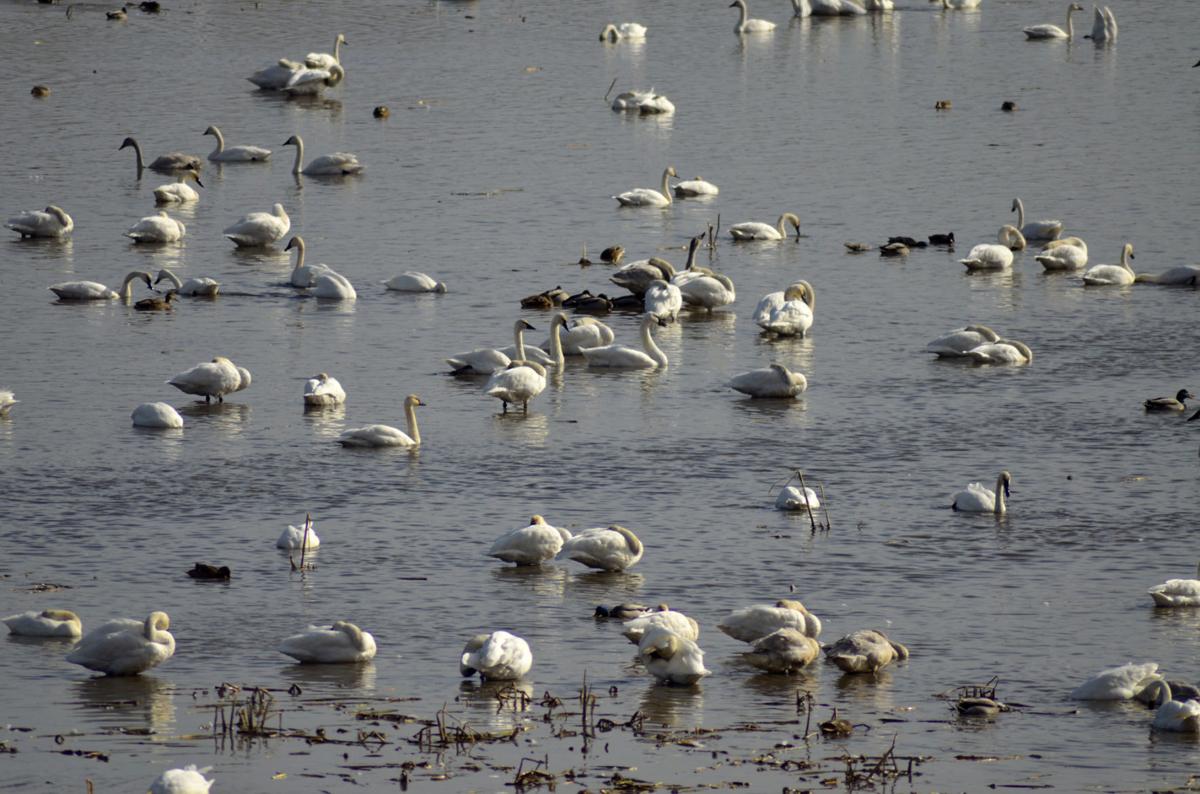 Tundra swans gather to rest and feed in front of the Brownsville Overlook.

A trio of Tundra swans executes a flyby at the Brownsville Overlook near Brownsville, Minnesota.

Main — An adult and juvenile Tundra swan prepare for a landing at the Brownsville Overlook.

Tundra swans gather to rest and feed in front of the Brownsville Overlook.

Birds migrate, it’s what they do.

People take notice. That’s also what they do.

These notices, however, have changed, which makes taking notice a whole lot easier.

The Minnesota Department of Natural Resources, for example, has an online fall color finder (dnr.state.mn.us/fall_colors). The daily goings on at the iconic Hawks Ridge in Duluth are monitored by the Hawk Migration Association of North America (hawkcount.org).

In the southeast corner of the state, four states actually, Upper Mississippi National Wildlife Refuge staff tracks the fall waterfowl migration and the birds that stop to rest and refuel on refuge waters.

The biggest of these birds, and the ones that attract the most attention, are Tundra swans.

An adult can weigh 15 pounds. When standing, swans measure 4 1/2 feet tall. It has a wingspan of nearly 6 feet.

Where do they come from?

Note: The birds are believed to fly the last leg of their journey, the 1,000 miles from the refuge to Chesapeake Bay, non-stop.

Their layover on the refuge can last for as long as a month.

If the river freezes over, however, they’re out of here.

The buildup of swans in the refuge starts in late October, typically, and peaks in mid- to late-November, typically. Weather is the determining factor.

A Tundra swan fact sheet published by the U.S. Fish and Wildlife Service pegs the eastern Tundra swan population at 100,000. It also states that 20–45% of that population stops on the Mississippi River during migration.

The Brownsville Overlook, located three miles south of Brownsville, Minnesota, on Highway 26, is one of the most popular/consistent viewing areas.

During the first weeks of November, the viewing areas are staffed by naturalists.

Puddle ducks – mallards, American wigeon and northern pintail are the most common. They show early in the migration, divers late.

Puddle ducks, mallards mostly, and swans are often times seen together. This isn’t by accident – ducks feed on the vegetation, and snails, swans churn up with their feet.

Swans mainly eat the tubers (roots) of the Arrowhead plant and they can eat up to six pounds of tubers per day. They’ll also eat other vegetation and small snails.

Tubers grow in the mud and swans loosen the tubers with their feet. They’ll then use their long necks to pull the tubers out of the mud.

Note: Because swans don’t have teeth, they’ll swallow the tubers whole (sometimes, you can see the tuber-bulge in their necks).

“They’re looking for the weakest links in the chain,” said Julian.

As an example, they’ll sometimes swoop low and flush a raft of ducks. Ducks that don’t get up and fly will grab an eagle’s attention.

Birds do migrate and other birds, and people, take notice.

Where to see swans on the Upper Mississippi NWR