With its yellow signage and large yellow silo, Minnesota’s Largest Candy Store is difficult to miss off Highway 169 in Jordan. 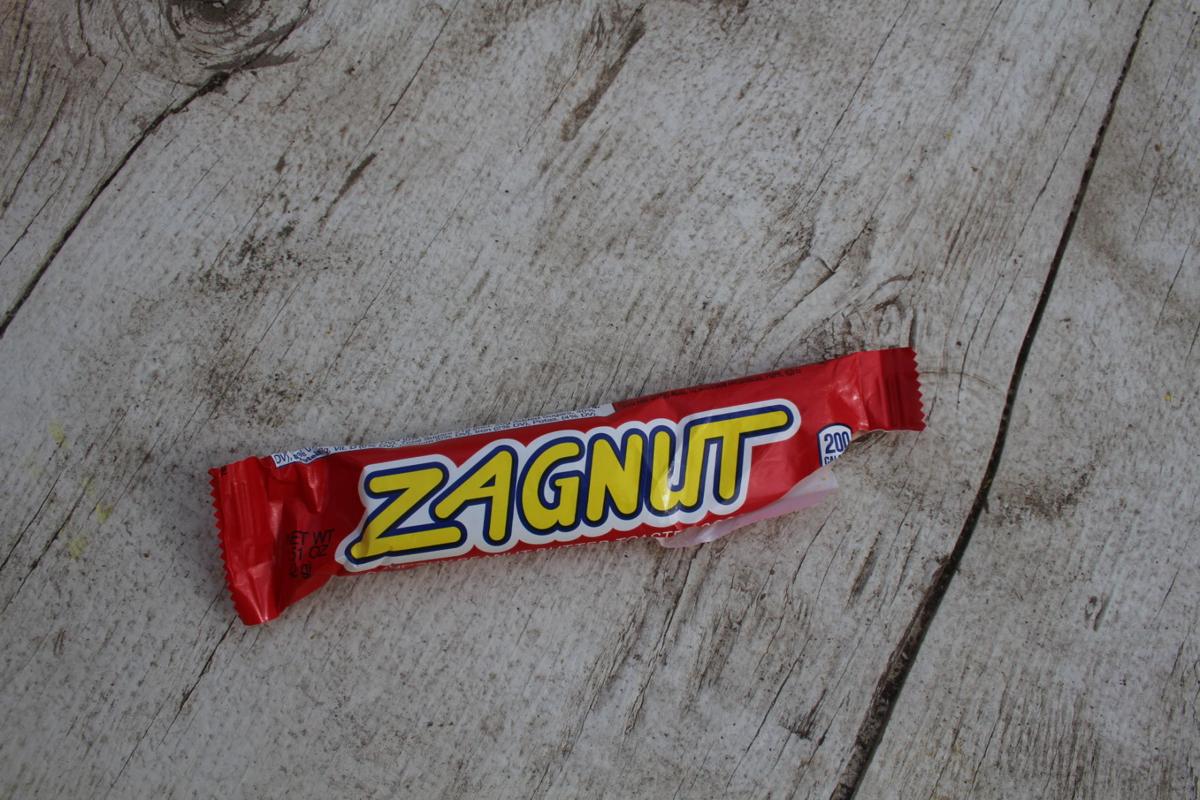 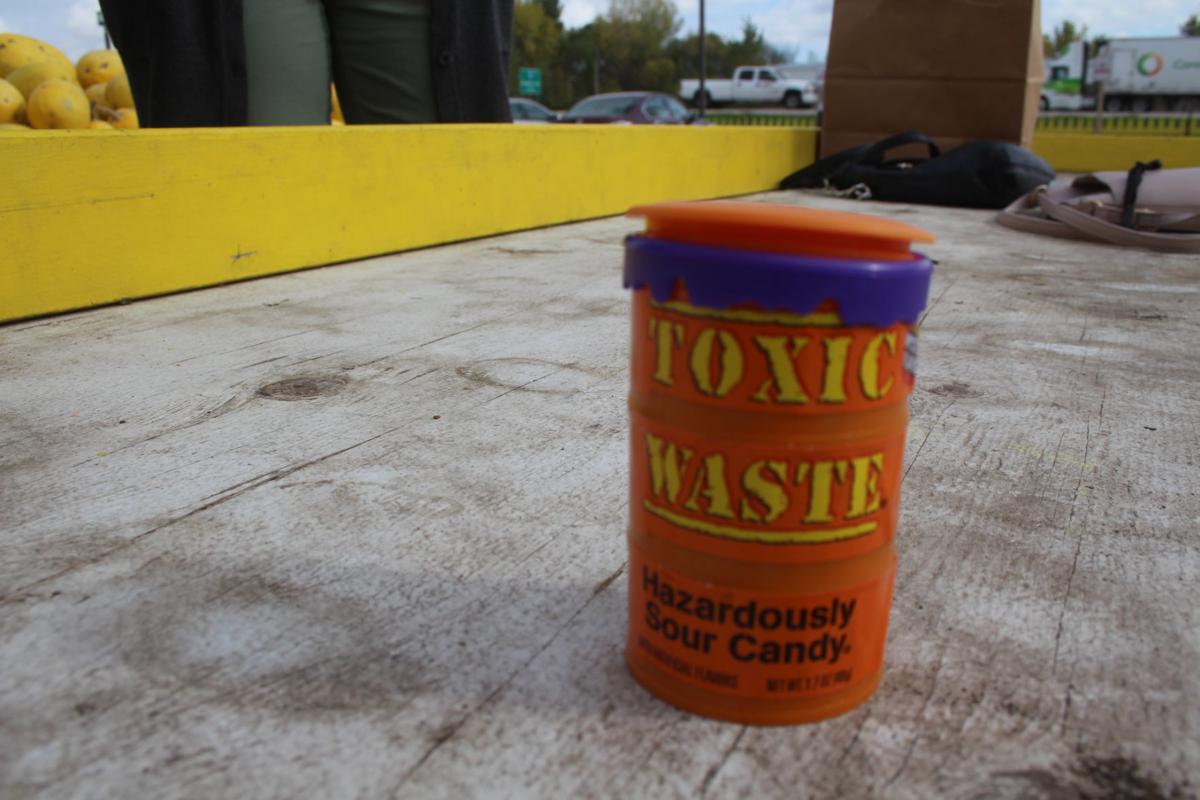 Toxic Waste hard candy — believed to be one of the most sour candies available at Minnesota’s Largest Candy Store. 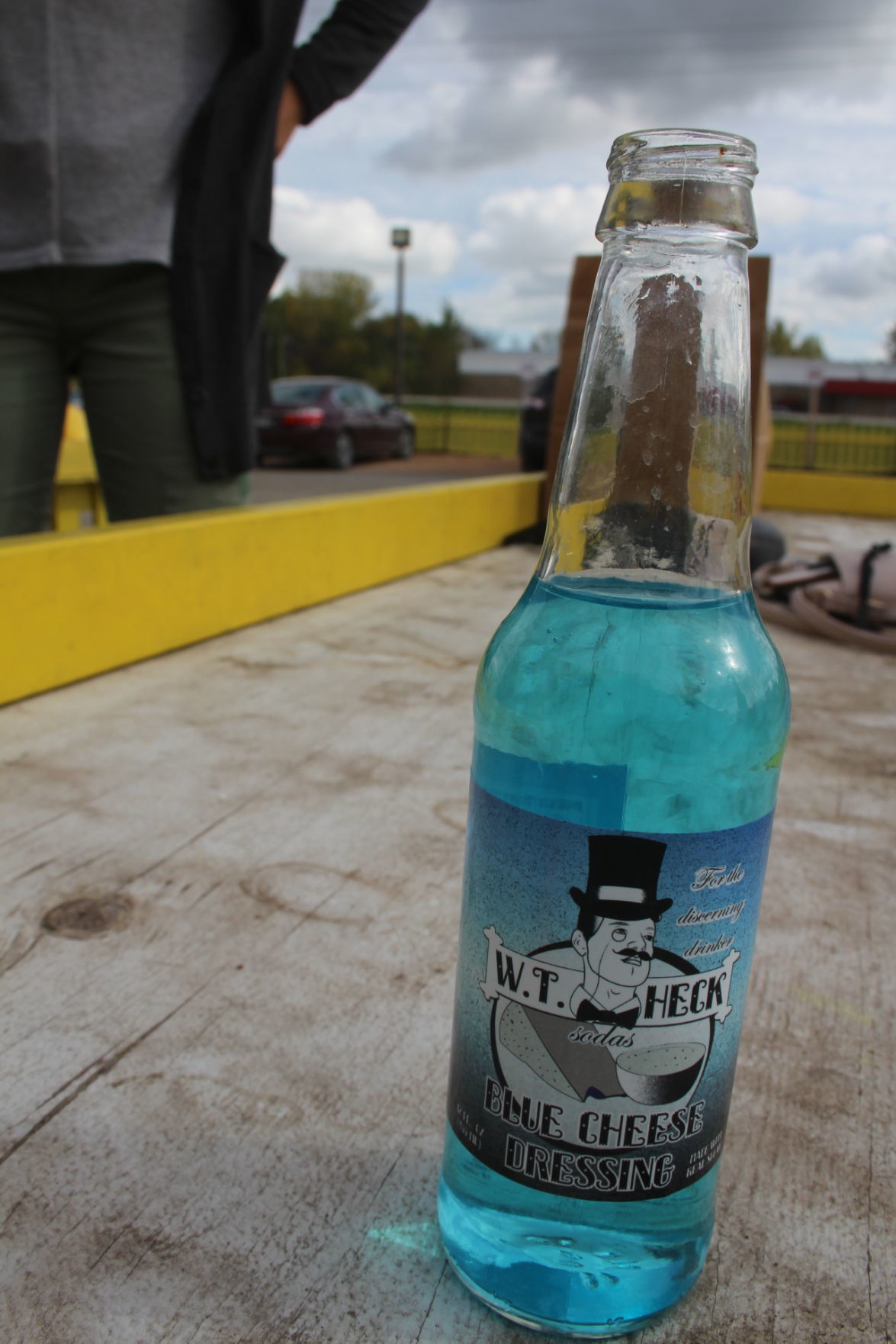 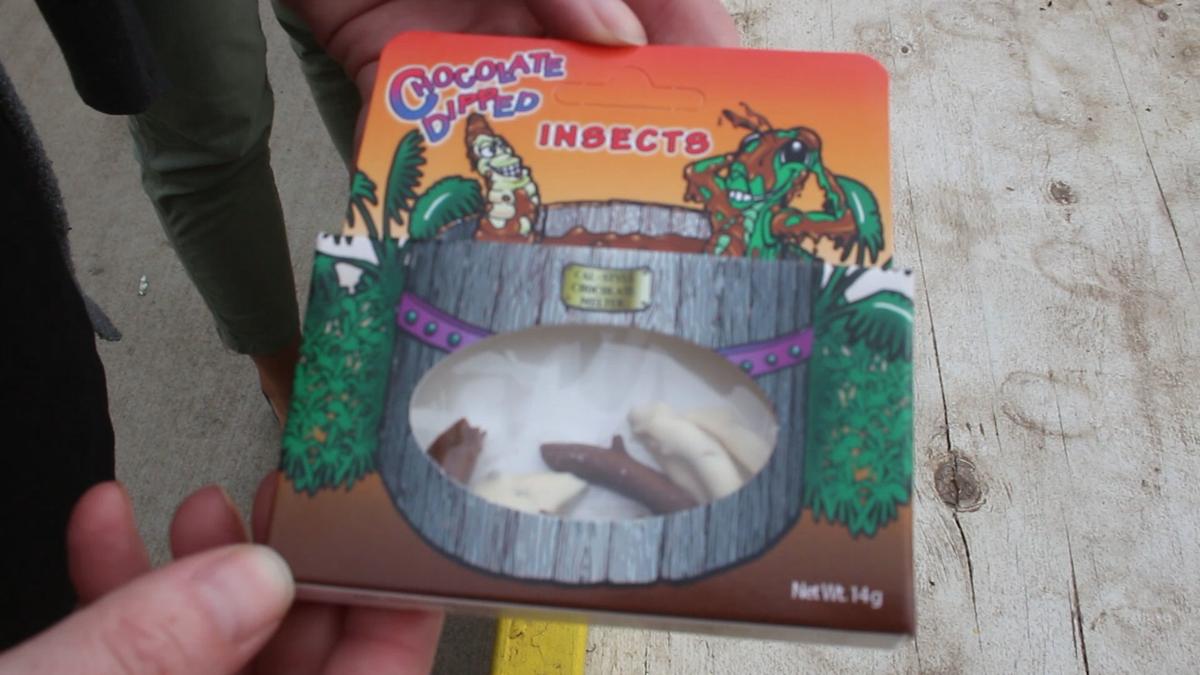 Chocolate dipped insects. Fiber and sugar intake at once! 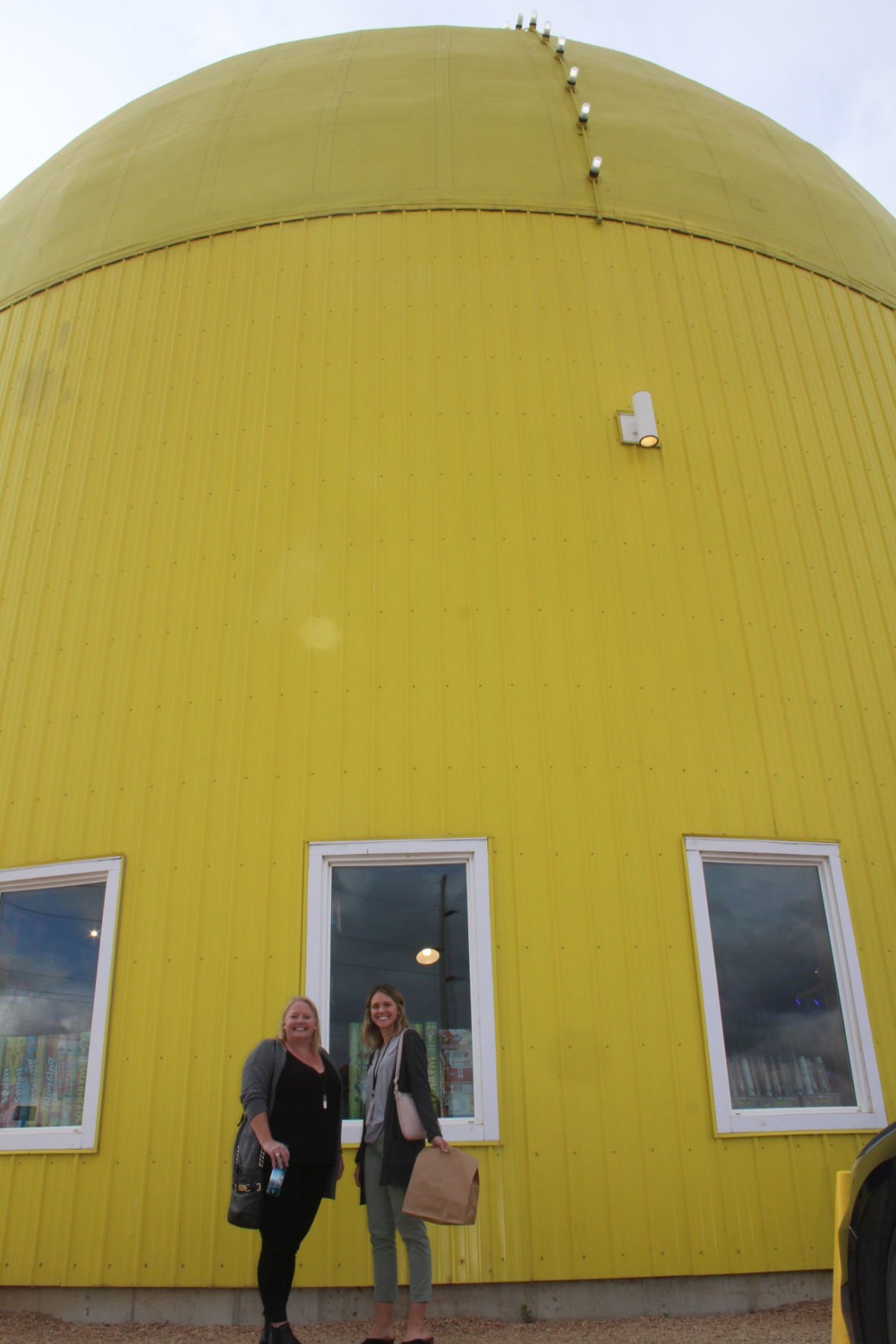 With its yellow signage and large yellow silo, Minnesota’s Largest Candy Store is difficult to miss off Highway 169 in Jordan.

Southwest News Media's new We Tried It series features newsroom members Maddie Debilzan and Melissa Turtinen going out and trying new, unique and/or beloved foods or drinks in our area. What should we try next? Let us know by emailing mturtinen@swpub.com.

If you drive down Highway 169 through Jordan, you can’t miss it — it’s a giant, yellow building with a huge sign that reads “Minnesota’s Largest Candy Store.”

Inside, every inch of the place is covered with more things than you could imagine, from candies from all over the world to funky-flavored potato chips to puzzles to hard-to-find candy to sodas in flavors you couldn’t even dream of.

We had never been there before, so when we walked in, we were quite overwhelmed with all the different things we could try. After a lap around the entire store, we sought help from management on the most unique things we should try because when you visit Minnesota’s Largest Candy Store, you can’t just eat something you can get at a regular old grocery store.

Maddie: Talk about bringing a literal meaning to the term “sugar coating.” No, these chocolate-covered insects were not good, but the chocolate definitely helped it taste less… insect-y. For the next two hours, I felt like I still had little critter legs in my teeth. Don’t eat these unless you’re a prank-puller or are craving some wax worms and crickets.

Melissa: We weren’t thrilled with the idea of eating an insect and hoped having it be the first of four things we tried would make it easier. It was not. The little candy itself wasn’t bad in the sense that you couldn’t taste the insect in it, you mostly tasted the chocolate coating (thank goodness), but the crunch — I’ll never forget it. How can something that tiny make such a loud crunch? I also won’t forget that I was picking bug flakes out of my teeth for the rest of the day. I wouldn’t eat these again, but when you’re at Minnesota’s Largest Candy Store, you’ve got to try something fun. It’s all about the experience, right?

Maddie: The store managers admitted nobody buys this soda for the taste, so naturally, Melissa and I bought a bottle to taste. And, just… no. For the love of all the deliciously weird soda in the world, please do not buy this stuff, unless you like April Fool’s Day way too much. The smell of this blue cheese soda was enough to give me chills, and not in a good way. It tasted like sweet, carbonated blue cheese. Need we say more?

Melissa: This was just plain bad. The soda itself is a bright blue color — like if you melted a blue Mr. Freeze or Popsicle and bottled it up — and it tasted … blue. Not like a melted blue Popsicle (I’d probably drink that), but … blue with a hint of blue cheese flavor. After our taste test of the four food items, I still felt like I had insect in my teeth, so I took another swig of the soda in hopes of getting the bug flakes out of my mouth — that was a poor choice. I will not sip this soda ever again, but in all fairness, we were warned that no one likes it.

Maddie: The candy was sour enough to make our lips pucker, but not extreme enough to make us spit it out. You definitely wouldn’t buy this candy when you’re having a sour craving — I’d save that moment of weakness for Sour Patch Kids, obviously. But if you’re bored and want to test your sour tolerance, or if you want to give yourself tongue sores for the next week, sure. Buy this stuff.

Melissa: I expected this to be sourer than it was. Don’t get me wrong, it was sour, but I didn’t feel the need to spit it out. It does trick you though — after you suck off the top layer of sourness, it tastes like a decent hard candy. But then bam! There’s a sour surprise in the center. Toxic Waste sour candy reminded me a lot of the Warheads candy my friends and I used to sneakily trade on the playground in fifth-grade and then pop in our mouths to see who could handle it the longest.

Maddie: I don’t know if I’d buy this candy at the movie theater or the gas station, but maybe that’s because I like to stick to my Snickers bars and Skittles. This old-fashioned candy bar had a hint of coconut mixed into the Kit Kat-like wafer, and with peanut butter, you can’t really go wrong. If I had found this candy in my grandma’s pantry as a kid, would have scarfed it down.

Melissa: Compared to the other three things we tried, this candy bar was what you expect out of a candy bar. It had the same texture as the inside of a Butterfinger (and tasted similar, too, except Zagnut has coconut flavor added to it). I liked it enough, but I would never seek it out. However, I wouldn’t be disappointed if I had gotten it in my bag while trick-or-treating on Halloween. The store managers told us this was a popular candy a few decades ago, so I asked my parents about it — they remembered it vividly, but were not fond of it back then and didn’t feel the need to ever eat it again. So I guess that’s a no for nostalgia from the Turtinen family.

We Tried It is Southwest News Media’s monthly food series where newsroom members Maddie Debilzan and Melissa Turtinen try fun, unique food or drinks and give their honest reviews.Have an idea for what they should try next? Drop a line to Melissa at mturtinen@swpub.com.

What: From candies that are only made every few years to chocolate-covered insects and blue cheese-flavored soda, Minnesota's Largest Candy Store is a must-visit shop to try candy and other foods you can't find anywhere else.

Suggestion: Buy something you've never seen or heard of before. If you're not sure what to get, ask someone who works there to give you some ideas.

One of the most fun things to do at the Minnesota State Fair is to try the new foods and exclusive beers. This year, the fair featured 31 new …