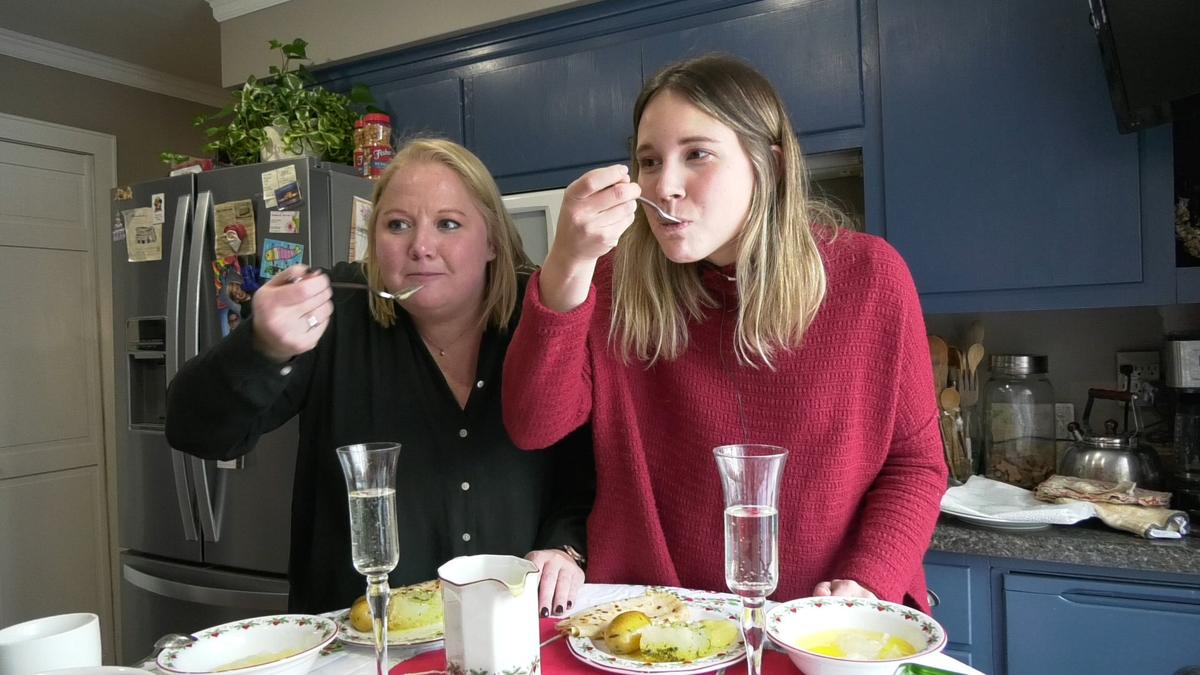 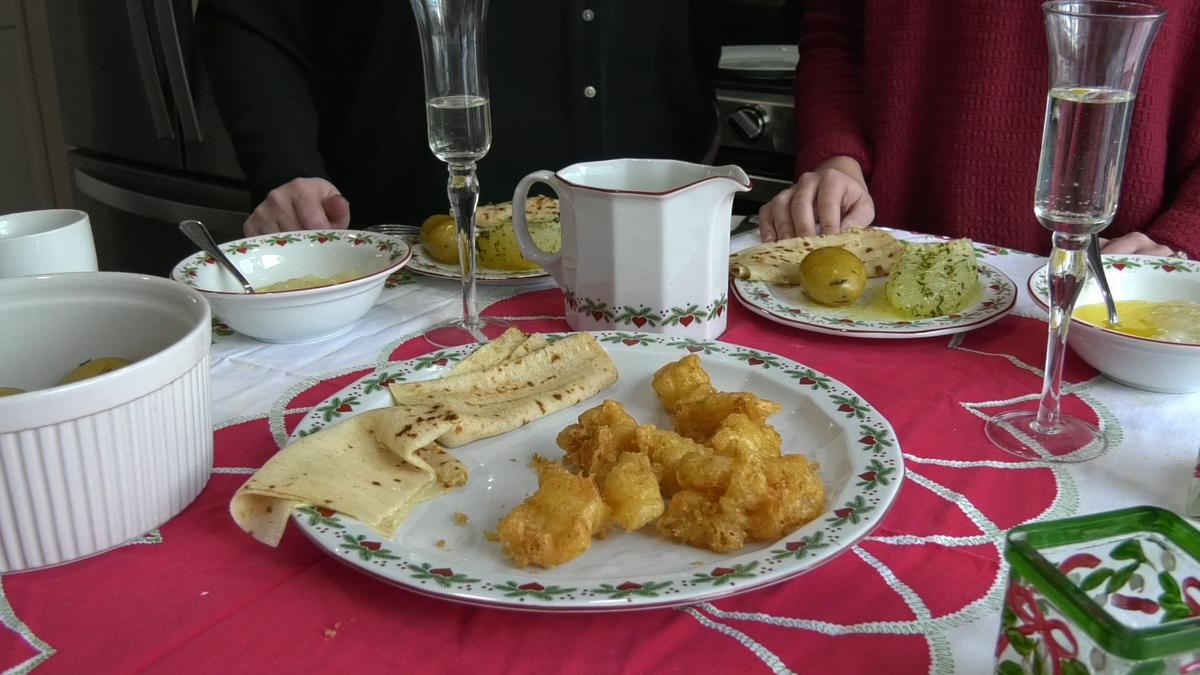 The Scandinavian feast, with boiled, baked and deep-fried lutefisk, as well as lefse and potatoes. 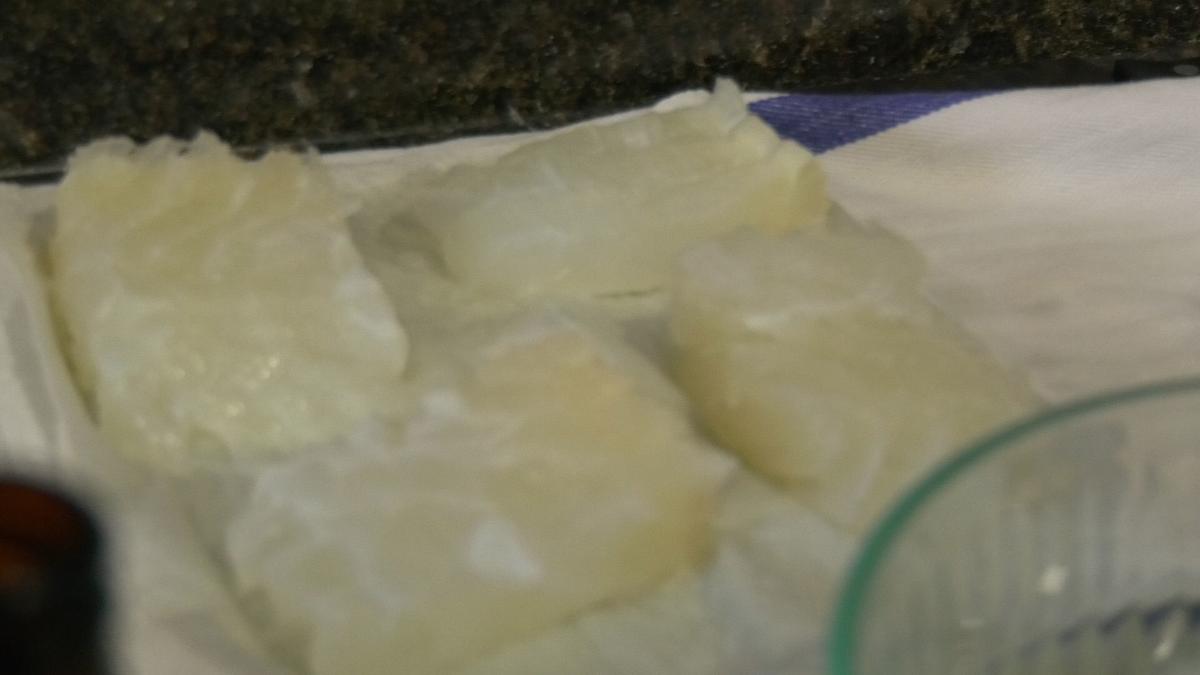 Pieces of lutefisk, ready to be dropped into boiling water. Boiled lutefisk is the traditional way to eat the fish. 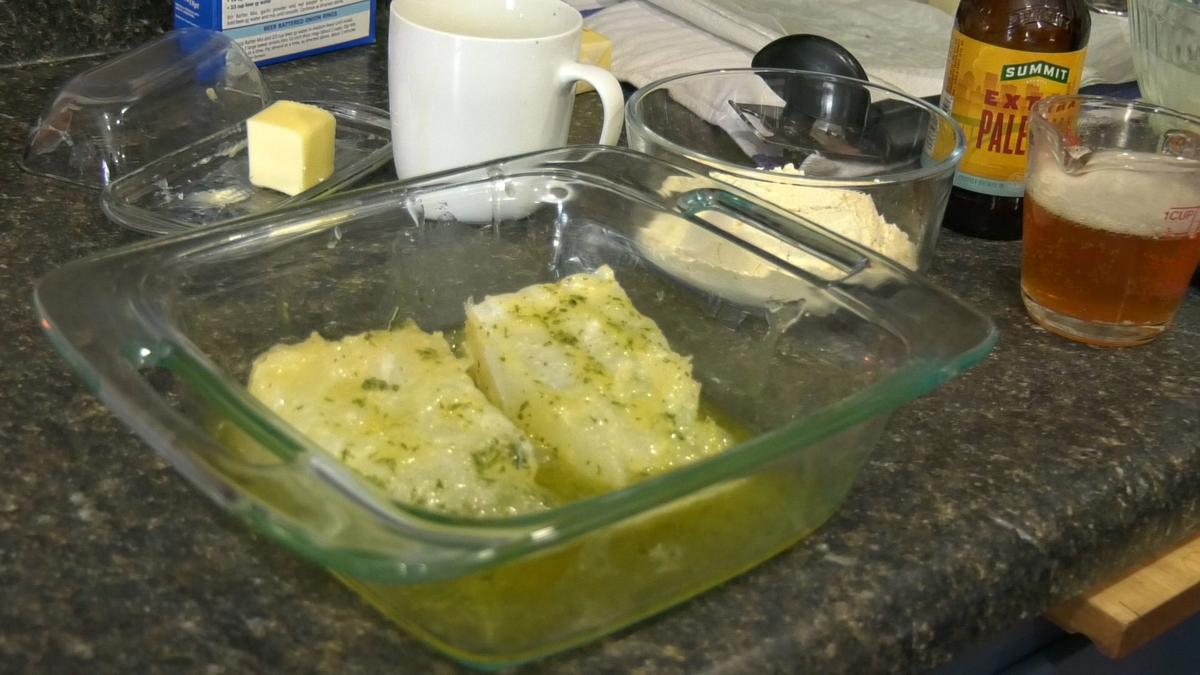 Seasoned lutefisk before being baked in the oven. 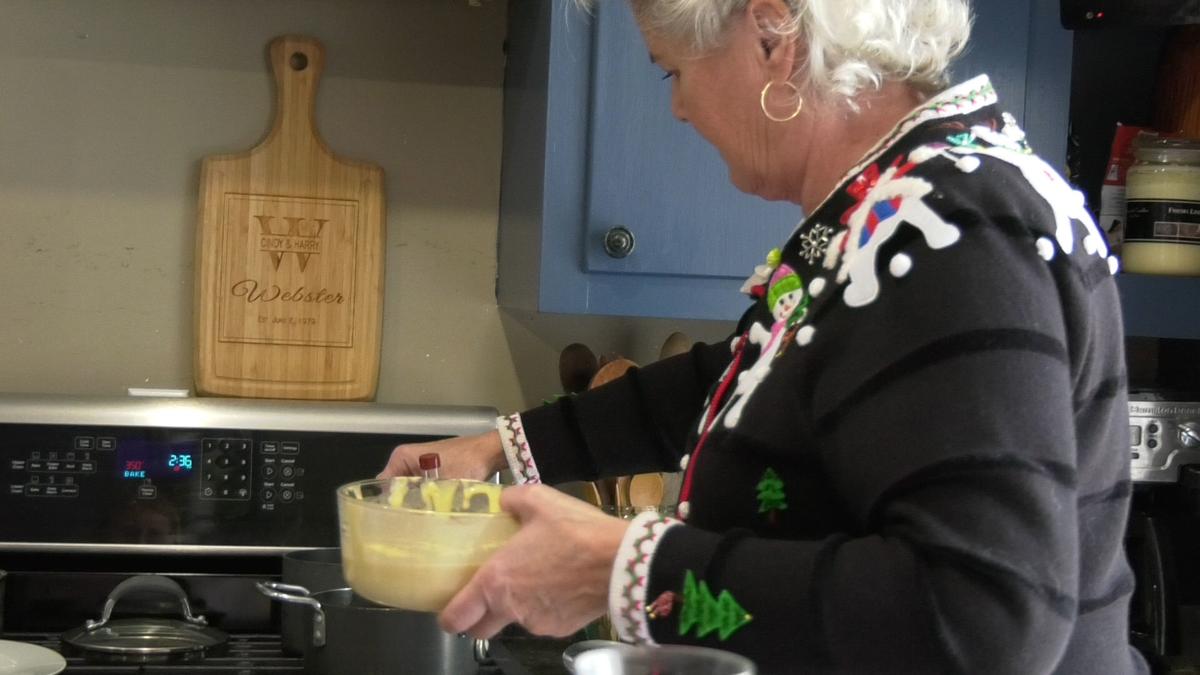 Cindy Webster of Deephaven prepares experiments to make lutefisk taste a little better by coating it in beer batter and deep frying it.

The Scandinavian feast, with boiled, baked and deep-fried lutefisk, as well as lefse and potatoes.

Pieces of lutefisk, ready to be dropped into boiling water. Boiled lutefisk is the traditional way to eat the fish.

Seasoned lutefisk before being baked in the oven.

Cindy Webster of Deephaven prepares experiments to make lutefisk taste a little better by coating it in beer batter and deep frying it.

Southwest News Media's We Tried It series features newsroom members Maddie Debilzan and Melissa Turtinen going out and trying new, unique and/or beloved foods or drinks in our area.

What should we try next? Let us know by emailing mturtinen@swpub.com.

We think every Minnesotan should be required to try lutefisk as a rite of passage. After all, the lutefisk capital of the world is said to be located in Madison, Minnesota, and the word “lutefisk” sounds even better when it’s spoken with a Minnesotan accent.

In case you’re unfamiliar, lutefisk is white fish (usually cod) that has been dried and soaked in lye and then re-hydrated before being cooked in a boiling pot of water or in the oven, and then served in a hefty bowl of melted butter, with plenty of salt and pepper.

Lutefisk is a traditional Scandinavian dish that many people still eat around the holidays to celebrate their heritage and, we suppose, sometimes enjoy. Legend has it, Scandinavians didn’t have access to many salt banks, so they preserved their food with lye instead.

If you are too scared to taste this buttery, gelatinous white fish yourself, we tried three different forms of lutefisk for you, prepared by Melissa’s aunt Cindy Webster of Deephaven. And we survived it, tiny-bones-in-teeth and all.

A hunk of lutefisk boiled in water, then drenched in butter, salt and pepper.

Maddie: The photo of this version of lutefisk really speaks for itself. It tasted exactly how it looks: like buttery, gelatinous fish. There was so much butter that it actually didn’t taste bad — just buttery, and slippery enough to wash down without chewing, if it weren’t for the tiny bones that got stuck in my mouth.

Melissa: If you couldn’t guess by our chef for this Norwegian feast, my family used to — and sometimes still does — eat lutefisk on Christmas Eve. My grandpa loved it (note: he loved everything, or he at least ate everything) and this is the way I remember eating it — or trying one bite to say I did — around the holidays. I don’t like lutefisk, but I can handle eating it this way when it’s soaked in butter and you don’t have to chew it and experience the gelatinous texture of the fish. You can just slurp it down and tell your family you “ate” it.

A piece of seasoned lutefisk, baked in the oven.

Maddie: This version of lutefisk looked more attractive than the boiled lutefisk on the platter, but when it wasn’t drowning in butter, the taste and texture of the dish was a lot harder to ignore. While I’m sure Melissa’s aunt is a master lutefisk chef, my taste buds were not ready for the deluge of mixed messages that came with a bite of this baked lutefisk.

Picture taking a bite full of warm, fish-flavored Jello with a couple of tiny fish bones. That’s pretty much what this experience was like.

Small pieces of lutefisk coated in a beer batter and deep fried.

Maddie: Does this count as true lutefisk? Maybe not, but I think Melissa’s aunt has found a new State Fair food idea. I can’t even type “deep fried lutefisk on a stick” without saying it out loud in my most Minnesotan-y accent.

If this food item were at the state fair, I’d buy it to say I tried it. The batter was crunchy and oily enough to cover up the gelatinous texture of the lutefisk. I’d even venture to say I enjoyed this version of lutefisk. This is the way to go for the faint of heart who can’t muster up the courage to try the real thing!

Melissa: Bravo, aunt Cindy. I think you’ve discovered the next gimmicky Minnesota State Fair food. These deep-fried lutefisk bites, when eaten while they’re still hot, were actually pretty good, especially when you dunked them in hollandaise sauce. The crunchy, oily batter covered up the texture of the fish, so I really didn’t have any problems with eating it prepared this way. I would be more than happy to have this version once a year on Christmas Eve — I’d probably even eat a few pieces of it. That being said, it’s likely not something I would want more than once or twice a year. But hey, that’s an improvement on how I felt about lutefisk previously.

Minneapolis is home to Olsen Fish Company, which claims to be the world’s largest lutefisk producer. It makes sense, though, seeing as Madison, Minnesota, claims to be the lutefisk capital and more than 800,000 Minnesotans claim Norwegian ancestry (14.9% of the state population, the second-most after German ancestry), according to the U.S. Census Bureau’s American Community Survey.

We tried it: Wampach's in Shakopee

As a Shakopee reporter, it didn’t take me long to learn you don’t mess with Wampach’s. Either you like their food or you don’t, but nothing ab…