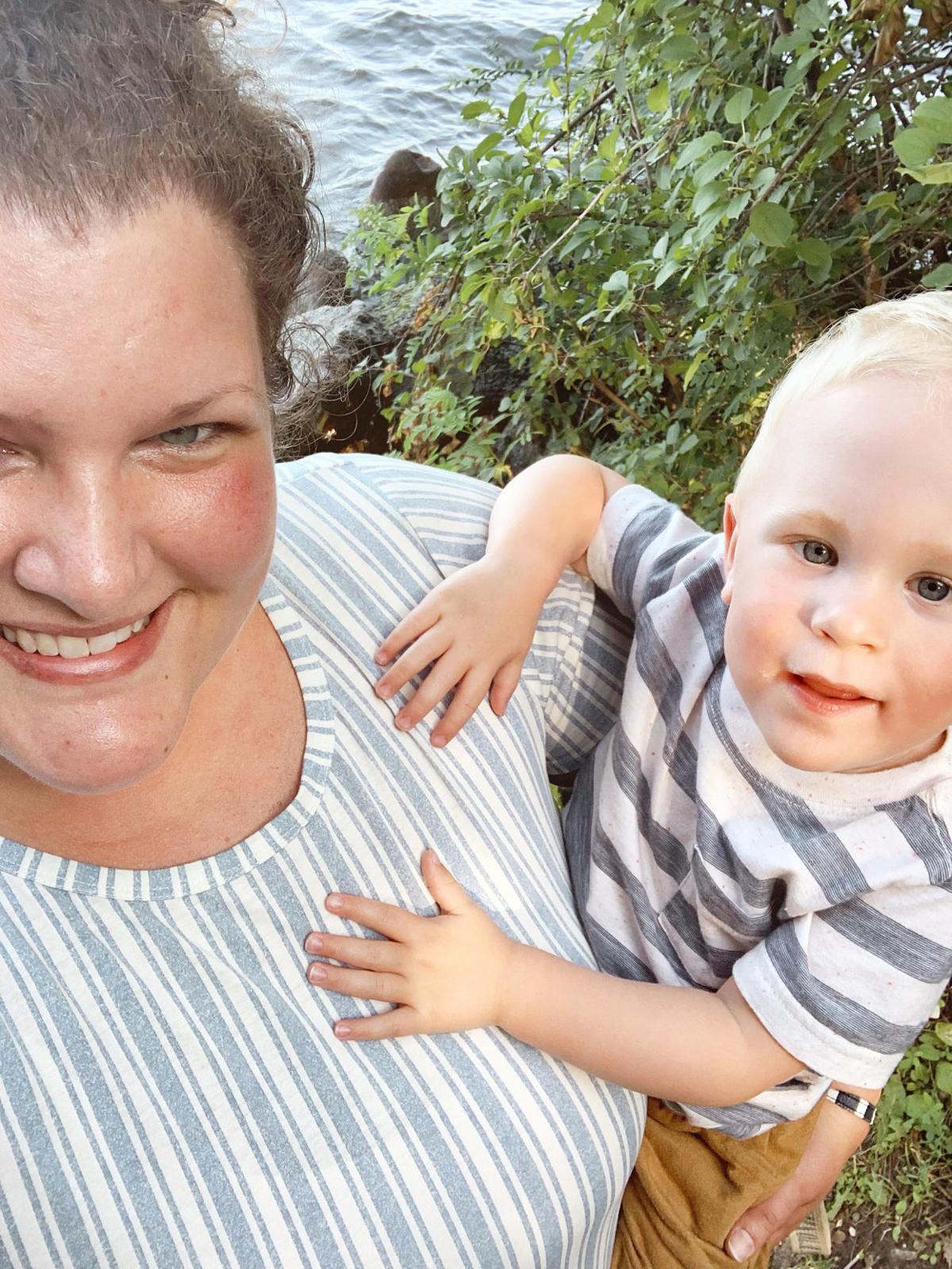 Mandy Hankel takes a selfie by the water with her son, Elliot. The mother-son pair are Excelsior residents. 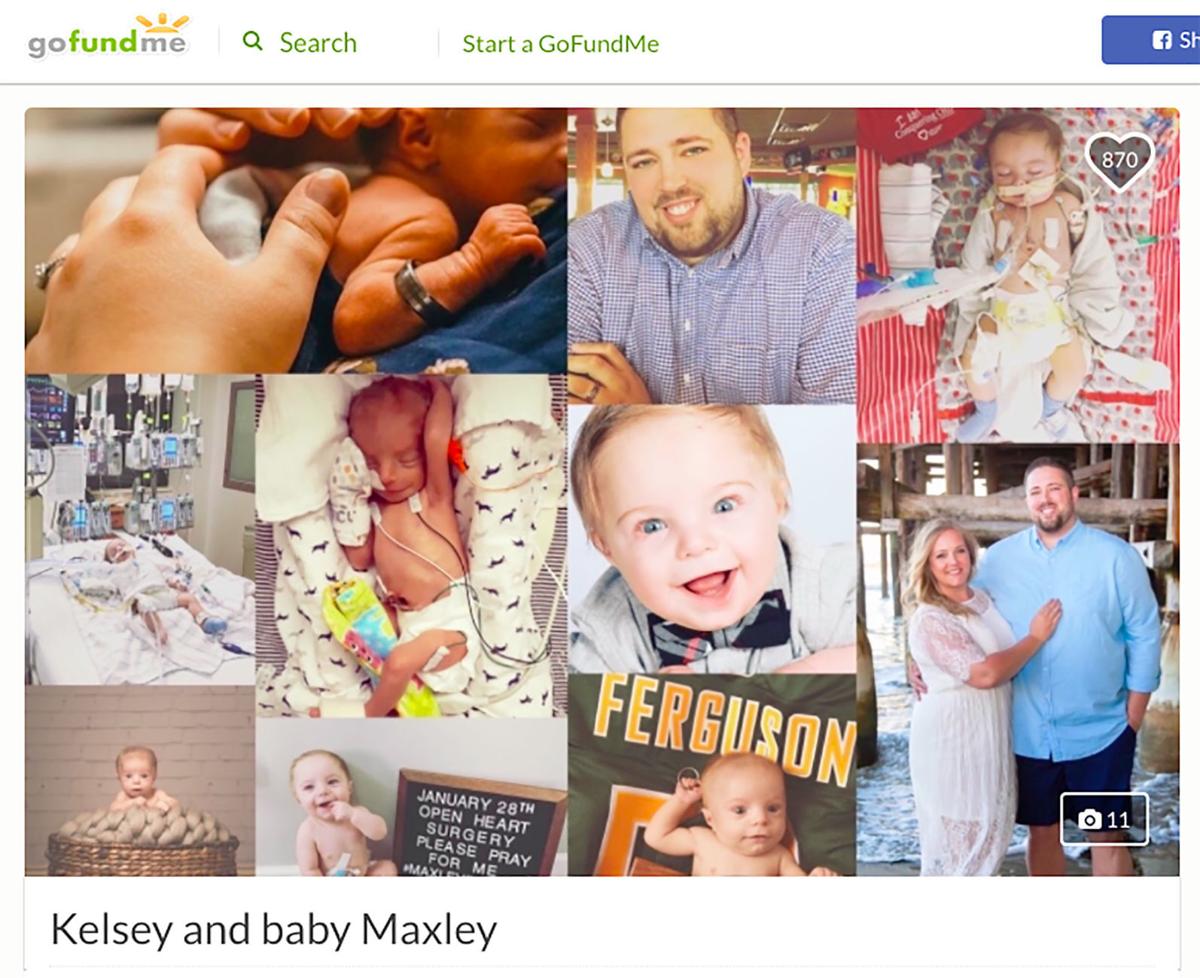 Pictured is the Go Fund Me fundraising homepage for Prior Lake resident Kelsey Ferguson and her son, Maxley. 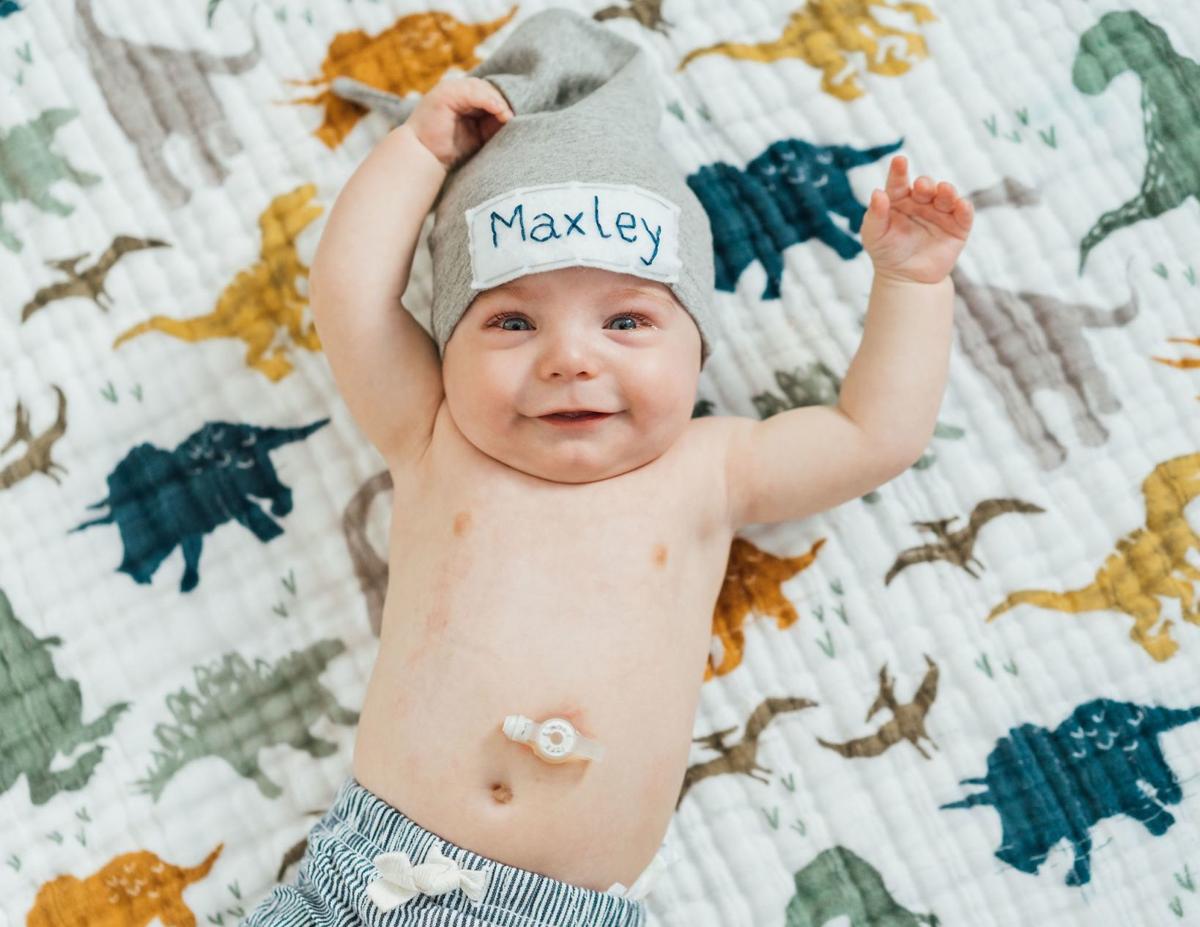 Maxley Ferguson of Prior Lake was born in June 2018 and underwent heart surgery at the end of January to repair a birth defect. 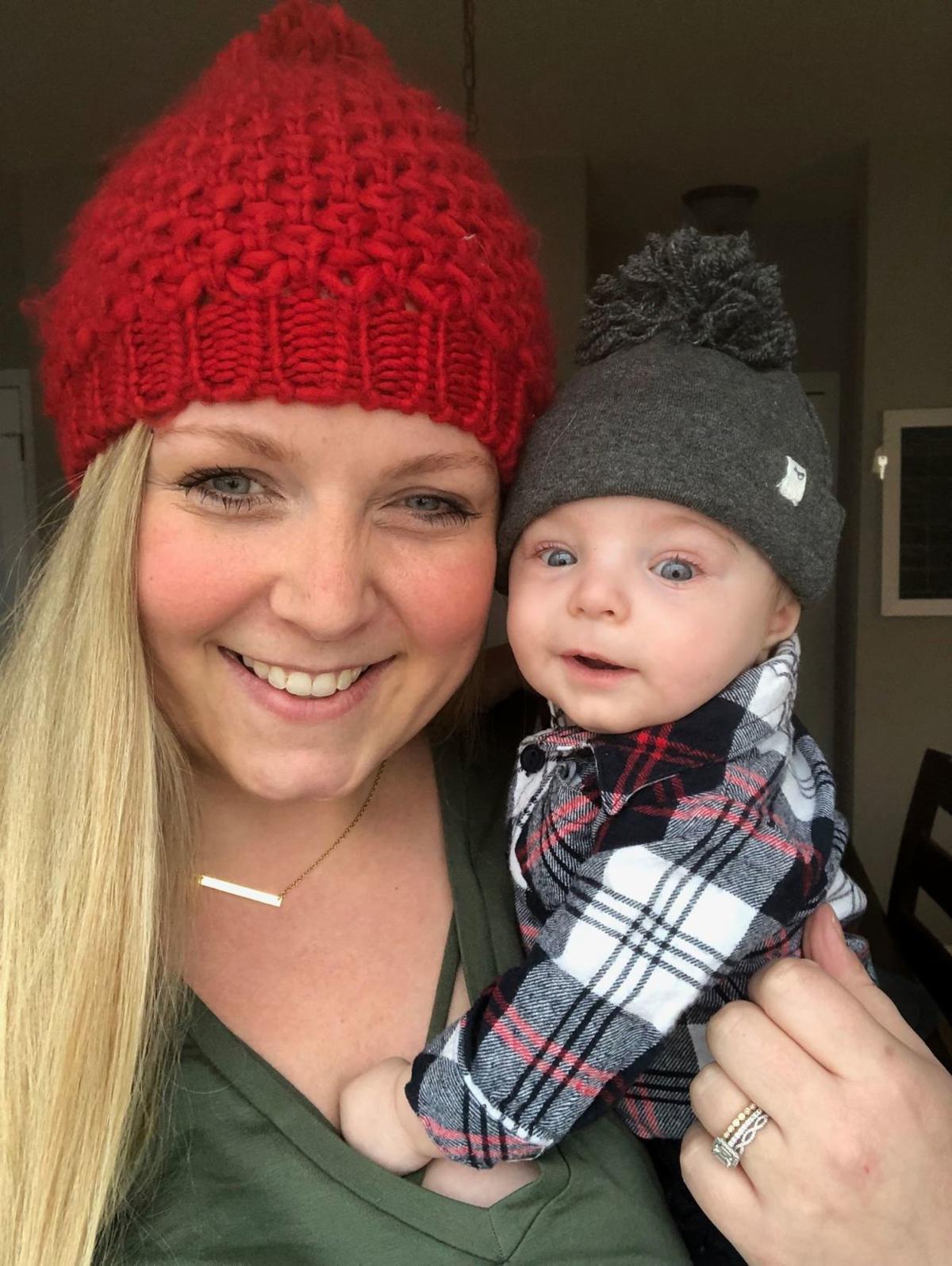 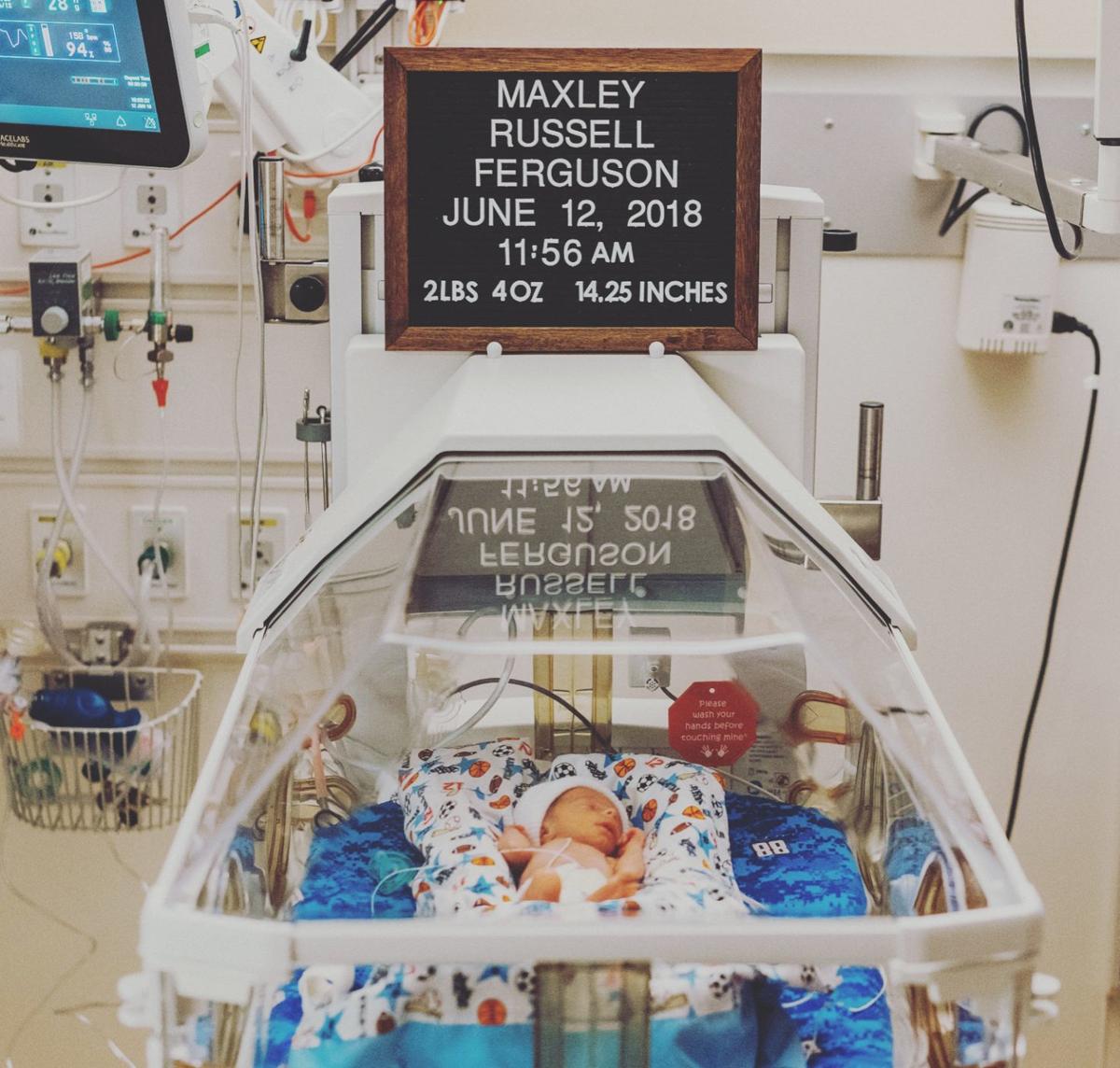 Pictured is the Go Fund Me fundraising homepage for Prior Lake resident Kelsey Ferguson and her son, Maxley.

More than a year has passed since Prior Lake resident Kelsey Ferguson lost her husband and welcomed a baby boy into the world. It all happened within four days.

Her son Maxley had been born premature without a piece on his 12th chromosome, and braved heart surgery several months later. Her husband lost a battle with vasculitis, a rare autoimmune disease which causes inflammation of the blood vessels.

Ferguson marks the happy moments since then: Maxley has reached a higher count of days spent home versus the hospital. He is gladder, she said, and is showing less signs of discomfort.

Back at the outset of the year ahead, Ferguson’s grief swirled with concern for the medical expenses. How much would insurance cover? Was losing their house a possibility? Her husband, Scott, had been the breadwinner. How would she fare covering the expenses on her own?

“Nobody has that much money sitting in their bank account,” she said. “At 29, it’s just not something you ever plan for.”

Ferguson’s sister set up an account on the public fundraising website GoFundMe, sharing the family’s story. Ferguson would later learn the family’s insurance approved the medical expenses. But hospital bills aren’t the only cost with being unwell.

Crowdfunding has swelled as a resource for southwest metro residents who are facing exorbitant medical expenses. The fundraising campaigns serve a dual purpose. For families in the trenches on medical care, donations and notes from donors are a comforting gesture. For many more, crowdfunding is a bandage for the gap left by insurance, or the lack thereof.

Some medical campaigns on GoFundMe use the funds for innovative treatment and others for transportation, or covering the cost of missing work.

“It’s important to understand that it’s not just for emergencies and medical bills,” said GoFundMe spokesperson Heidi Hagberg. “We see many different use-cases within the medical category.”

The popularity of digital fundraising campaigns to give access to medical care is causing concern among social scientists and health care experts.

The 2018 Federal Reserve report on the economic well-being of United States households found one out of five adults had dealt with “major, unexpected” medical bills that year. The median of these expenses were between $1,000 and $4,999. Among the people who had medical expenses, 40% reported they still had unpaid debt from the bills.

The survey results said 90% of adults had health insurance. However, one-fourth of adults said they skipped necessary medical care because they had been unable to foot the bill. Twelve percent of respondents said they would not be able to afford an unexpected $400 expense.

Professors in health science and health geography published an article on crowdfunding and medical care for the journal of Social Science & Medicine in 2016.

The peer-reviewed short paper called for further research into how the growing trend impacts peoples’ relationships with health care. The authors were concerned about the possibility of fraudulent campaigns; a loss of privacy for the person at the center of the campaign; and how campaigns fared differently based on the strength of the fundraising host’s network.

Coaching resources dictating how to best market the fundraiser’s story are available on the crowdfunding sites. According to the study, for all campaigns, the sites say, the more a potential donor sympathizes with a story, the more they are likely to donate.

“No one should have to choose between life-saving treatment and their child’s life,” said Mandy Hankel, an Excelsior resident who faced complications when her son was born several months premature. “And I fear that that happens more often than we would realize in today’s society.”

In July 2017, a pregnant Hankel was diagnosed with severe pre-eclampsia. As she fought for her life, doctors made the decision to perform a cesarean section. Her son, Elliot, was born at 26.5 weeks old, weighing 1 pound and 15 ounces.

Hankel focused on getting better so she could look after her son. She is a manager of the Starbucks in Excelsior’s Kowalski’s, and while insurance through her job covered much of her hospital stay and Elliot’s care, she went three months without being able to work. Her cousin set up a GoFundMe fundraiser in support.

“When people are willing to fill the gaps that insurance doesn’t fill, or refuses to fill,” she said, “it puts the parent’s mind at ease that they don’t have to stress or worry about anything else, apart from helping the child get through whatever they need to.”

The money raised helped cover time off for Hankel, a single mother. During her time in recovery, Hankel read the messages left by donors.

“I did not even have the energy to say anything back,” she said. “The fact that they said something, and even if they chose to go the extra mile to donate, that meant the world.”

Several miles away in Eden Prairie, Beverly Berkbigler recently set up a GoFundMe campaign for her nephew’s family, whose daughter is battling a rare birth defect called VACTERL. Her nephew had been cautious at first to say yes to the creation of the fundraiser.

“It was always a constant, ‘Will they (insurance) pay for it or will they not?’” Berkbigler said. “‘Do I have to make a call here? Should I have gotten pre-approval?’”

The family never complained about their situation, but “you could catch glimpses of it on a down day,” she said. They agreed to the creation of the fundraiser a month ago.

Berkbigler selected GoFundMe for its ease of use and intuitive process, she said. The outpouring of kindness from donors has been touching for her to witness. She hosted a garage sale to add to the fundraiser.

“Everybody just wants to help somebody in need,” Berkbigler said.

When she heard a third of GoFundMe’s campaigns are categorized as medical, she was surprised.

She paused before saying, “It’s just, the system has to be better. There has to be a better way.”

To learn more about her story, her blog is http://honeyedheart.com/