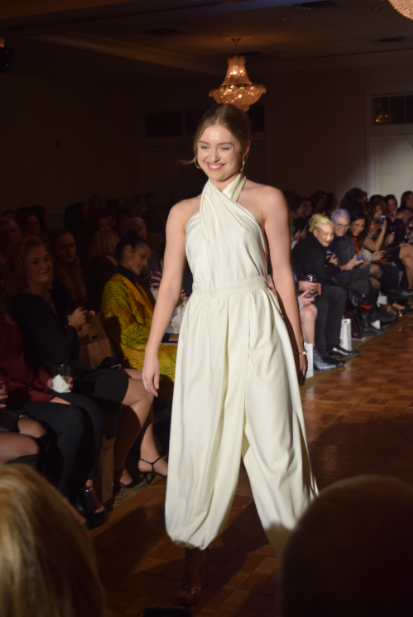 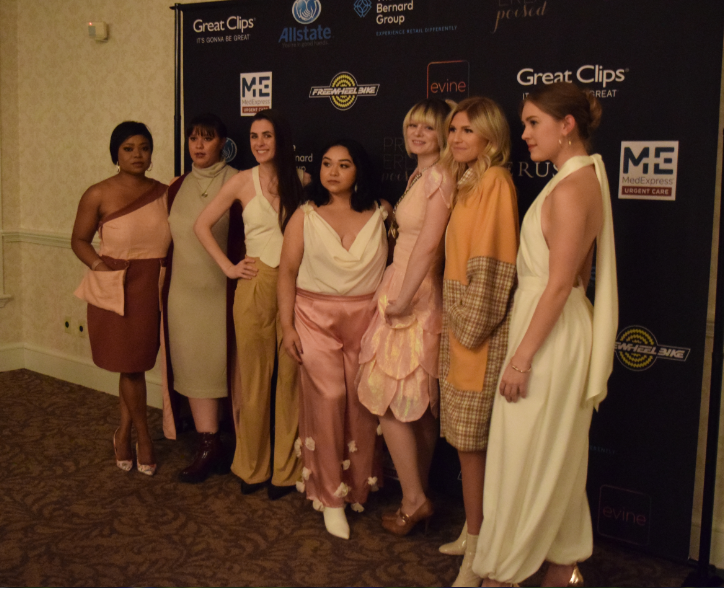 Designers from St. Catherine University pose for a photo after the 2018 PROPerly Poised fashion show. 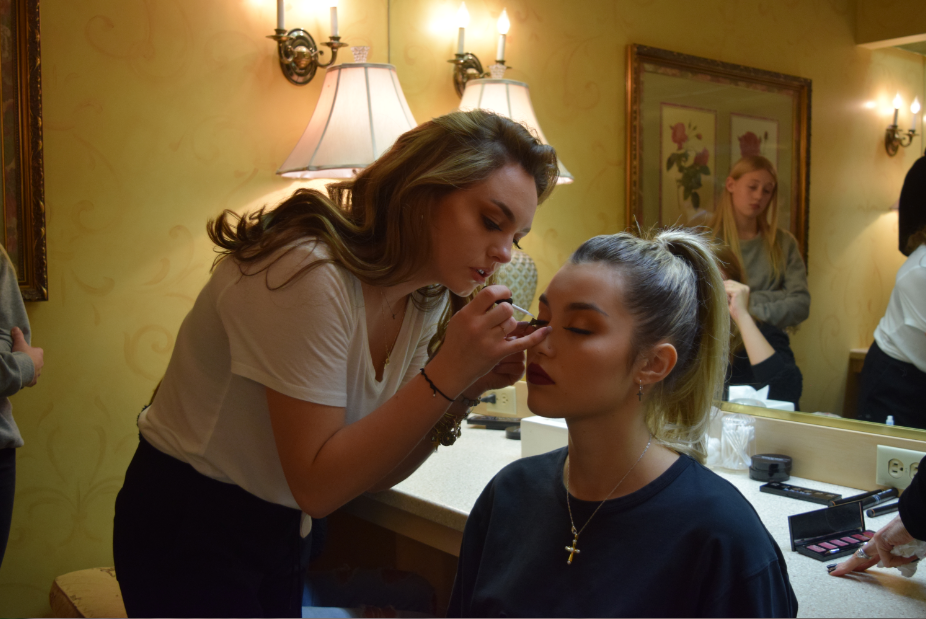 Models help each other with their looks before the fashion show. 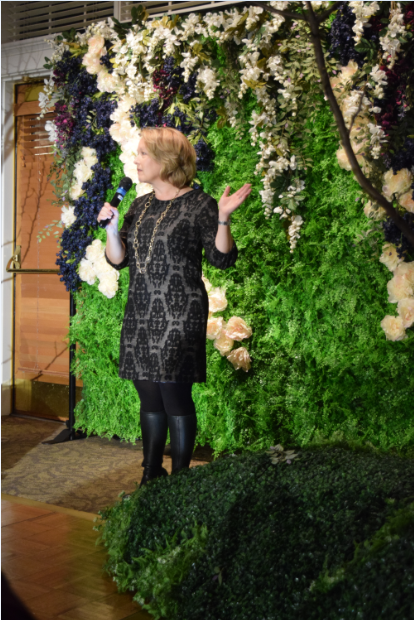 Rep. Jenifer Loon spoke about PROP's influence in the community before the fashion show. 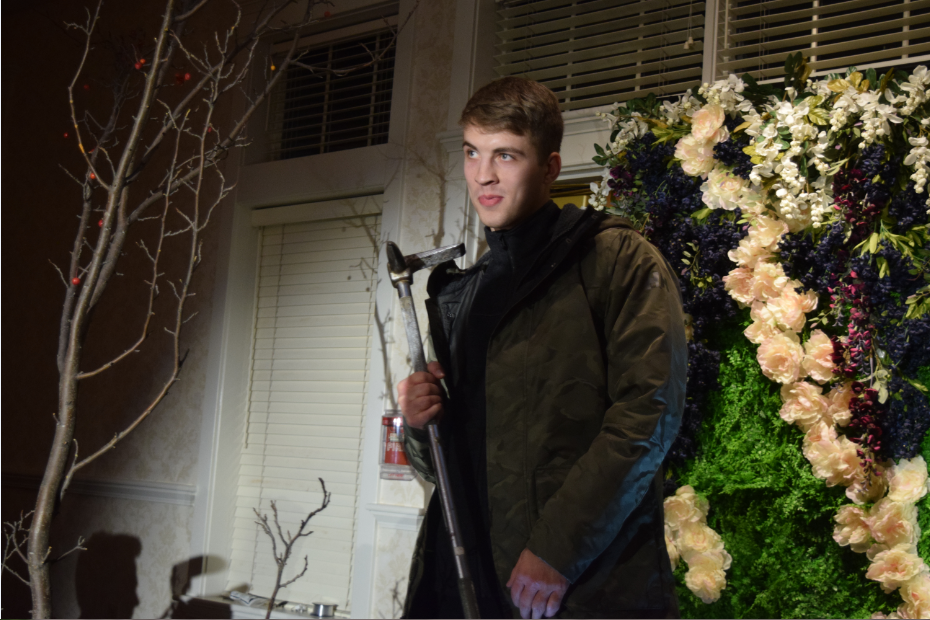 An Eden Prairie firefighter poses on the catwalk. 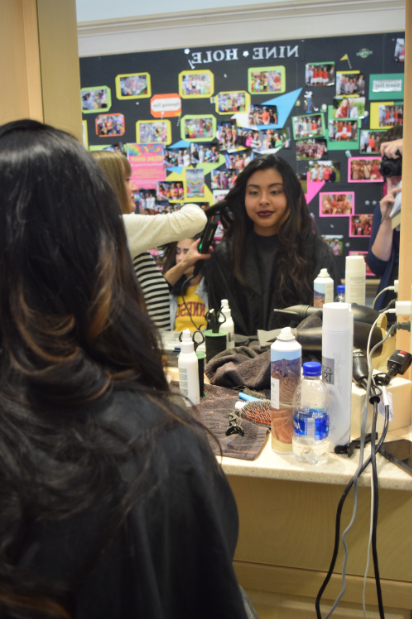 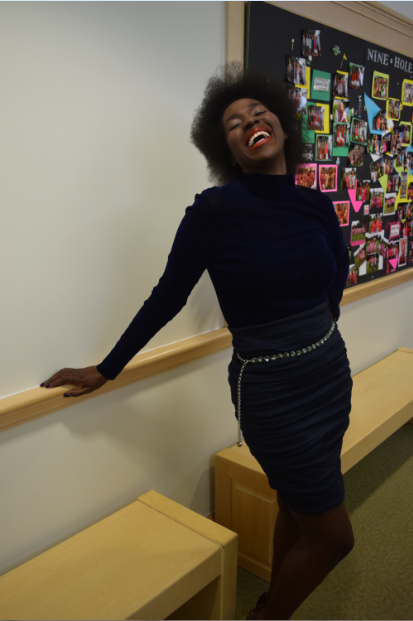 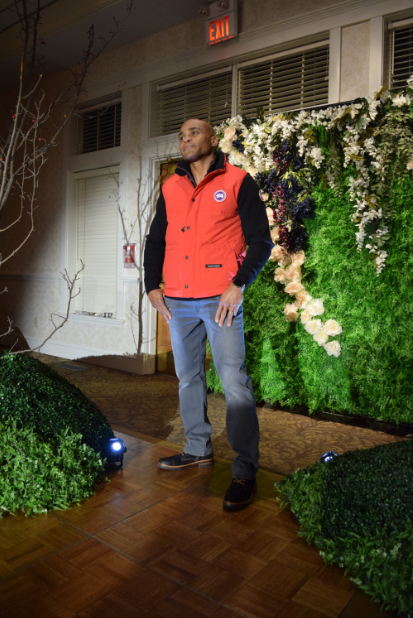 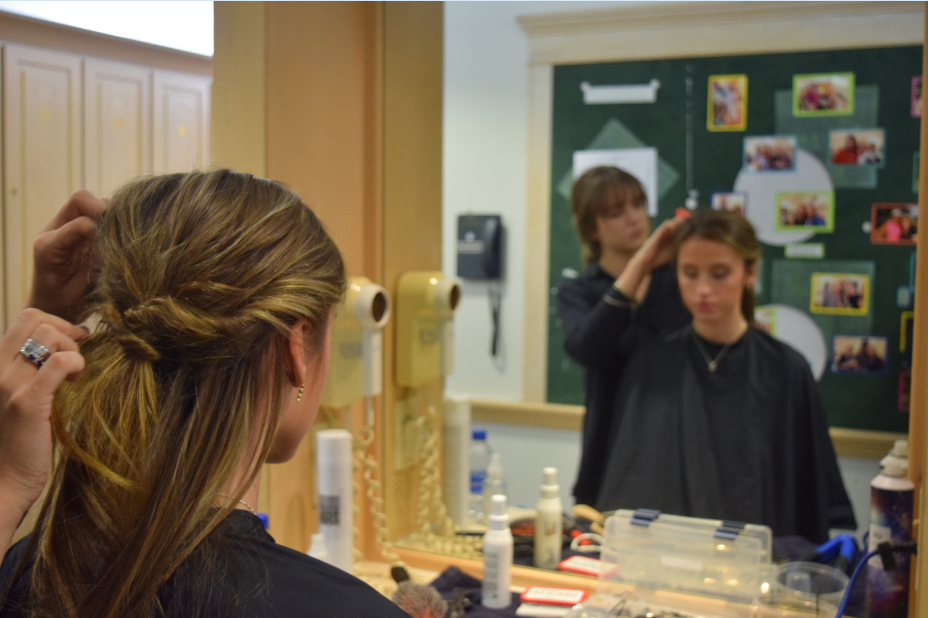 Stylist Jess Landa works on a model's hair before the show.

Designers from St. Catherine University pose for a photo after the 2018 PROPerly Poised fashion show.

Models help each other with their looks before the fashion show.

Rep. Jenifer Loon spoke about PROP's influence in the community before the fashion show.

An Eden Prairie firefighter poses on the catwalk.

Stylist Jess Landa works on a model's hair before the show.

The theme of the show was “No One is You and That is Your Power,” centering on inclusivity and diversity. Forty-two models, including several members of the Chanhassen Fire Department, walked the runway wearing looks designed by 16 students of apparel design from St. Catherine’s University in St. Paul, as well as clothing from Anthropology, Dugo, Free People, Primp, Trail Mark and Roe Wolfe.

The fashion show, which raised money for Eden Prairie and Chanhassen food shelf People Reaching Out to People, began in 2016 as the project of Liesl Beck, who is the Director of Corporate Social Responsibility at the Bernard Group. Beck heard about PROP during an employer-led food drive and was inspired to combine her love of fashion with community engagement.

Carol Mager, a professor of apparel design and fashion merchandising at St. Catherine’s, appreciated the intersection of the night’s theme and the university’s motto, “Doing good by doing well.”

“I love to see the diversity. I enjoy that each of the pairs came up with what their frame of what beauty is; it reflects who they are,” Mager said.

Brian Kessler and Kathy Norton of Evine Live emceed the night with vigor, calling the event “glamorous giving at its very best.”

Rep. Jenifer Loon, R-Eden Prairie, praised PROP prior to the show, speaking of the importance of its comprehensive support for families and children in Eden Prairie.

“So many people are surprised, because Eden Prairie is an affluent community, that there’s such a need in the community,” said Julie Moquist, a volunteer for PROP. Once the community became aware, however, the response was immediate.

PROP has been “overwhelmed” by the community response, said co-organizer Marguerite Slavik. More than simply the organization asking for support from the community, “now the community is asking (for the event) in return,” Slavik added.

Moquist manned the check-in table all evening and had a view of the “traffic jam” of a line at the bar all night. In its third year, the event is close to outgrowing the space at Bearpath, but the idea of moving the event to a more “urban setting” wasn’t appealing, Moquist said; PROP would rather stay in Eden Prairie, near its roots.

Tonya Cherba is a stylist at Petit Atelier in Minnetonka and was asked to donate her talents to PROPerly Poised by a client who is an Instagram influencer. She relished the opportunity to get “outside from behind the chair” in a salon.

Leah Babalola owned a boutique in Lagos, Nigeria, before moving to the U.S. and diving more deeply into her passion for fashion. She is a senior in St. Catherine’s apparel design program and created an avant-garde look for the show.

“I love going for the architecture of structural looks,” Babalola said. “I love the decoration, it feels organic.”

The models in the show had a range of experiences under their belts, from Grace Hanson, 16, who had never modeled before, to Toweya Brown-Ochs, 40, who has modeled for a year outside her work for Cargill. She was initially surprised the call for older models in the Twin Cities, where the group with the highest demand is models over 60.

“Whatever natural is, it’s in,” Brown-Ochs said.

This story previously misidentified the name and title of PROPerly Poised's founder. Liesl Beck is the Director of Corporate Social Responsibility at the Bernard Group. Additionally, the male models were from Chanhassen Fire Department. Eden Prairie News regrets the error.