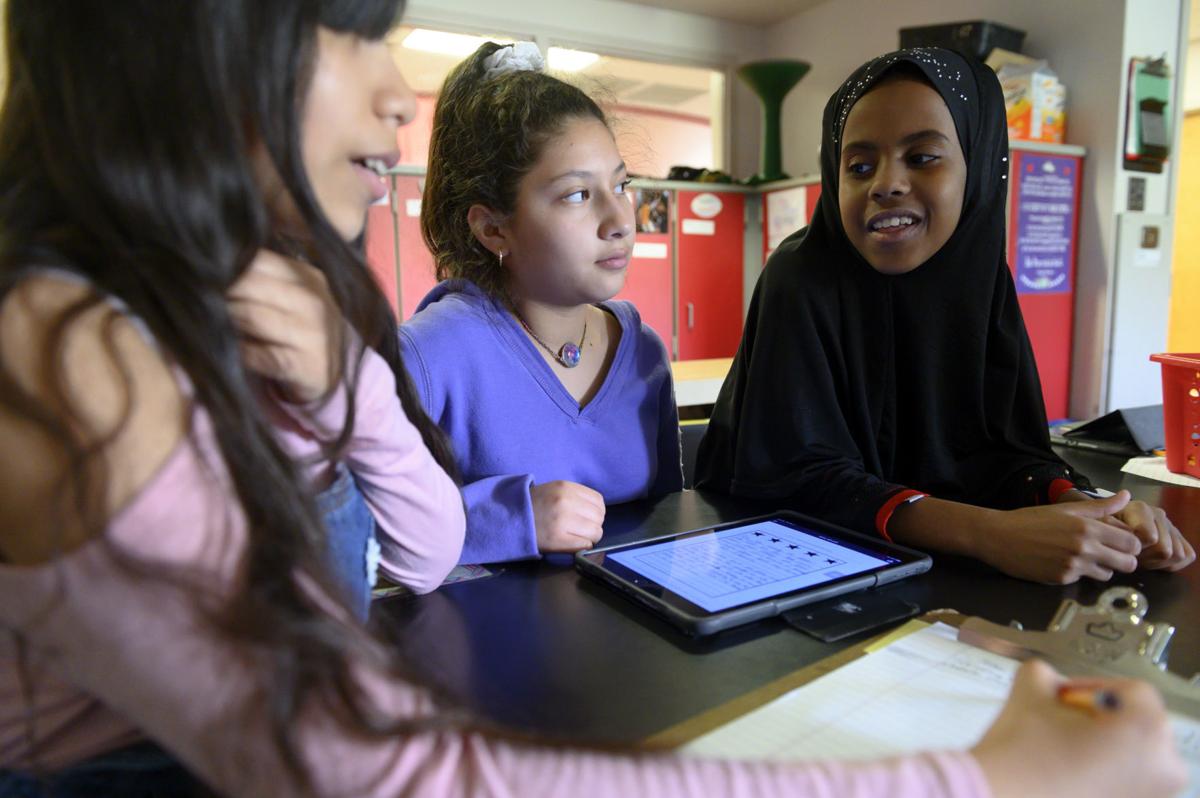 Eden Prairie elementary students work together on a tablet. Two bills proposed in the Minnesota Legislature would limit the amount of time preschool and kindergarten students use screens in class. 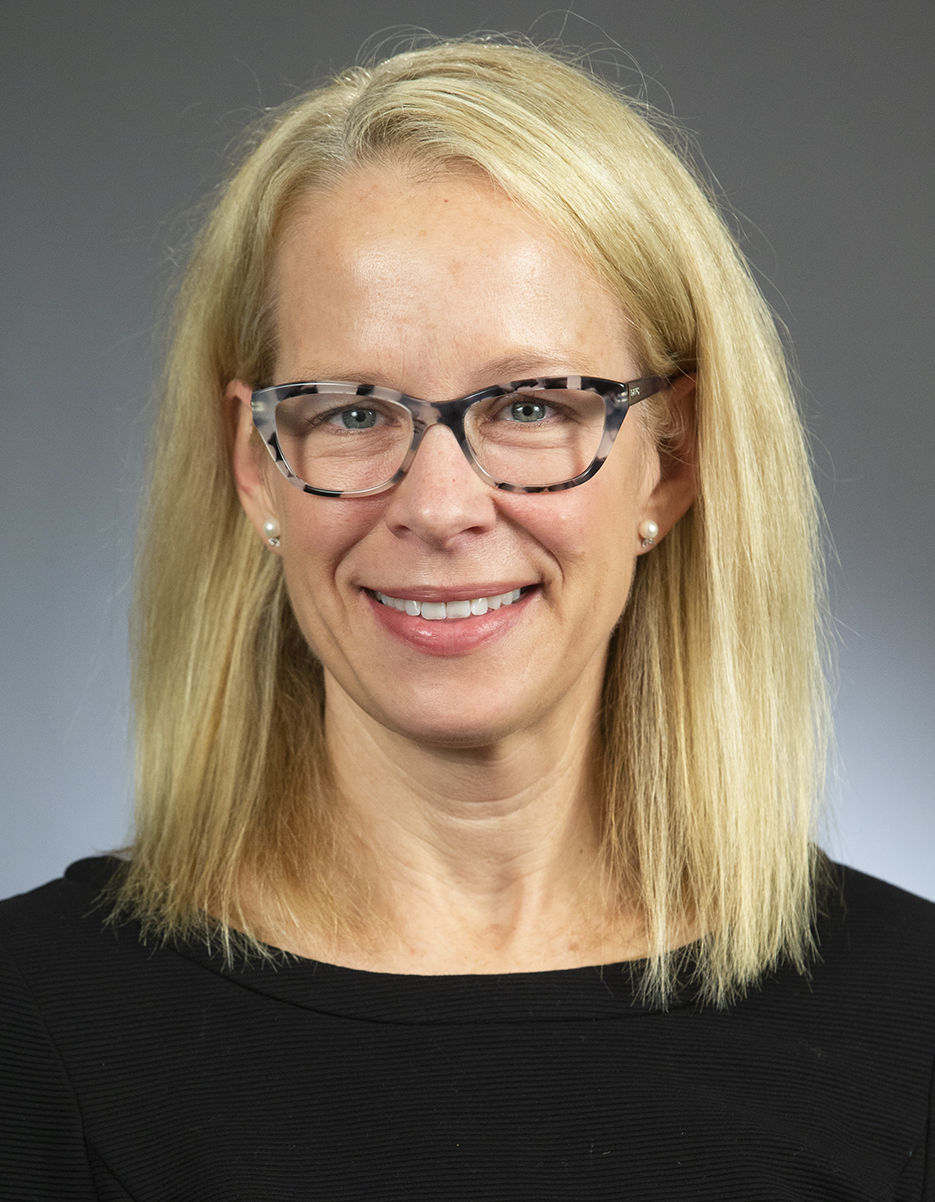 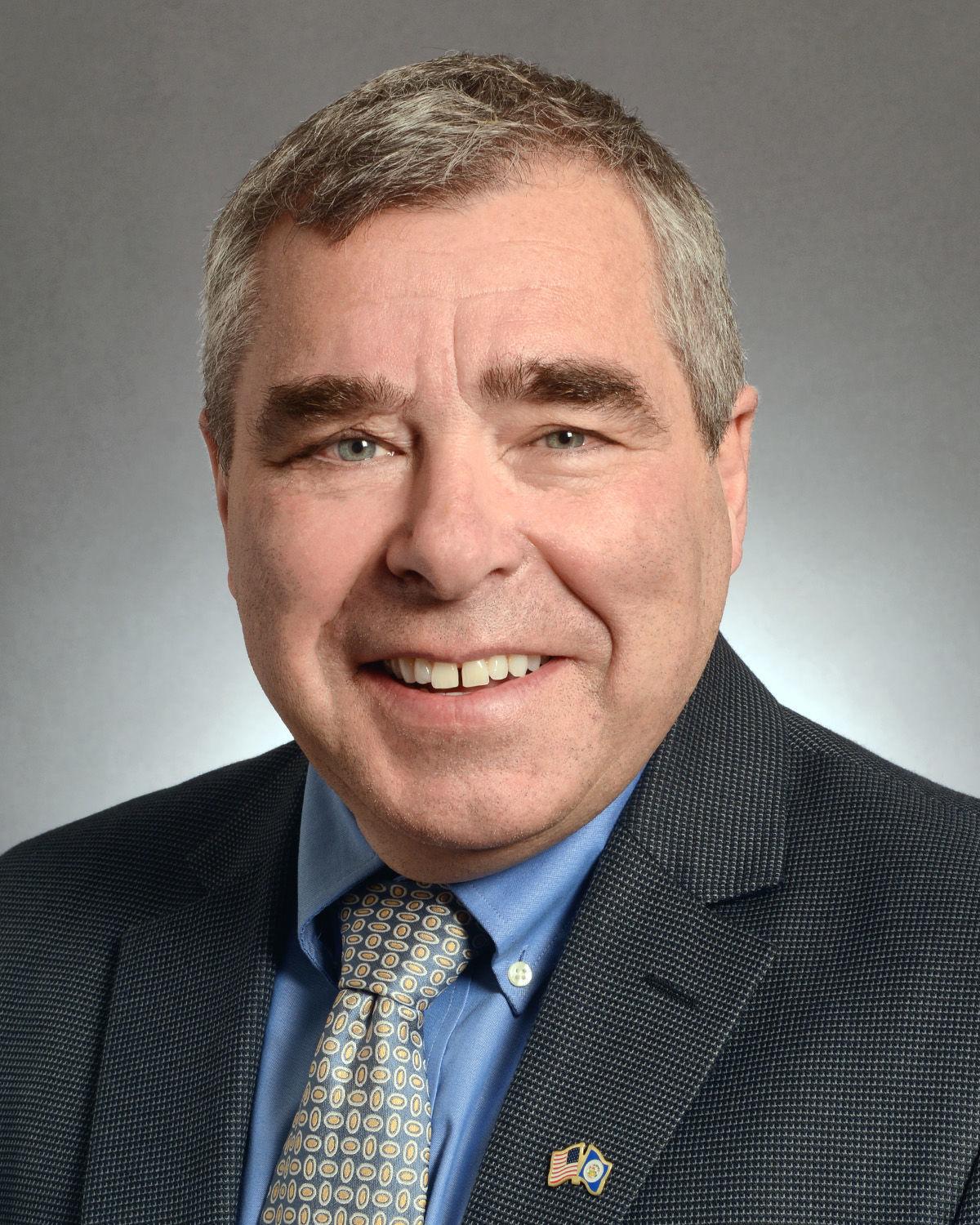 Two local legislators have introduced bills in the Minnesota House and Senate that would limit how much time young students can spend on screens during the school day.

State Rep. Kelly Morrison, D-Deephaven, and state Sen. Steve Cwodzinski, D-Eden Prairie, introduced sibling bills that would mandate preschool and kindergarten students not use an individual-use screen, like a smartphone or tablet, “without engagement from a teacher or other students,” the bills say.

“It’s easier to give a child a screen because it’s so captivating,” Morrison told Southwest News Media in a phone interview on March 13. “We need them to be asking us questions and looking at the world and moving their bodies.”

A plea from constituents Judy Stoffel and Lisa Venable inspired Cwodzinski and Morrison to author the bills, the legislators said. It was an easy sell for the pair: Morrison is a physician and Cwodzinski taught high school civics.

“It’s something I’ve been hounding for 15 years now,” Cwodzinski said. “They were preaching to the choir.”

Research has shown that while watching or interacting with a screen can entertain children of all ages, children younger than 4 don’t learn from what they see on the screen, said Allison Jessee, a professor of developmental psychology at the University of St. Thomas.

“These things are massively rewarding for our brains,” and there’s not much else in life that mimics that experience, Jessee said. “There’s a concern that we’re wiring our kids’ brains in a way that’s not consistent with how we interact in the real world.”

Additionally, the structure of many TV shows aimed at young children involve conflict for much of an episode, followed by a few minutes of resolution and lesson-learning. While older children may be able to take away the intended messages from the end, children under 4 “just see 25 minutes of kids being mean to each other,” Jessee said. One way to counteract that is for parents to watch a TV show with their child and comment on the positive or negative behaviors they observe.

It’s difficult to research how technology affects young learners’ brains, in part because it changes so rapidly.

“By the time your research study comes out a year later, nobody’s using (that technology) anymore,” Jessee explained.

With that lack of research in mind, “conducting this massive public health experiment with our youngest learners seems risky,” Morrison said.

The problem isn’t the technology itself, the lawmakers and Jessee agree: it’s the overuse of smartphones, computers and tablets that can result in a child “distancing yourself from relationships and eye contact and learning those social skills,” Cwodzinski said. Using a smartphone to video chat a relative in another part of the world is vastly different than watching hours of YouTube videos, he said.

“Obviously they’re an invaluable resource in the 21st century,” he added. “The problem is our over-reliance on them at the cost of relationships.”

The bills’ modest scopes come from Morrison and Cwodzinski’s cautious approach in a bonding, rather than budget, year at the Legislature. They could come back to the issue with more energy in the fall session, Morrison said, and she hopes to hold a town hall on the topic after the COVID-19 (coronavirus) crisis ends.

On March 13, Morrison was hopeful that her bill on what she sees as a nonpartisan issue would be passed this session, but that was before the Legislature transitioned to largely remote and out-of-office work on March 16. Lawmakers will come to the Capitol on a need-to-vote basis to pass pandemic-related legislation for the 30 days after March 16, the Legislature announced.

“We have to limit our goals,” Morrison acknowledged on March 13.

Cwodzinski also noted the need to take small steps around this issue.

“No one wants to be accused of fostering the nanny state,” he said.

The bills also call for an education campaign, run by the Minnesota Department of Education, that would inform parents of screen-use guidelines from the World Health Organization and American Academy of Pediatrics (one hour maximum for children ages 2-5) and technology’s effects on early childhood brain development, the bills say. That piece of the puzzle is vital because children learn from their parents’ behavior with phones, computers and television, Morrison said.

“We are all guilty of it and a lot of us are leading by bad example,” she observed. “You have to be a little bit counter-cultural.”

"There's a concern that we're wiring our kids' brains in a way that's not consistent with how we interact in the real world."