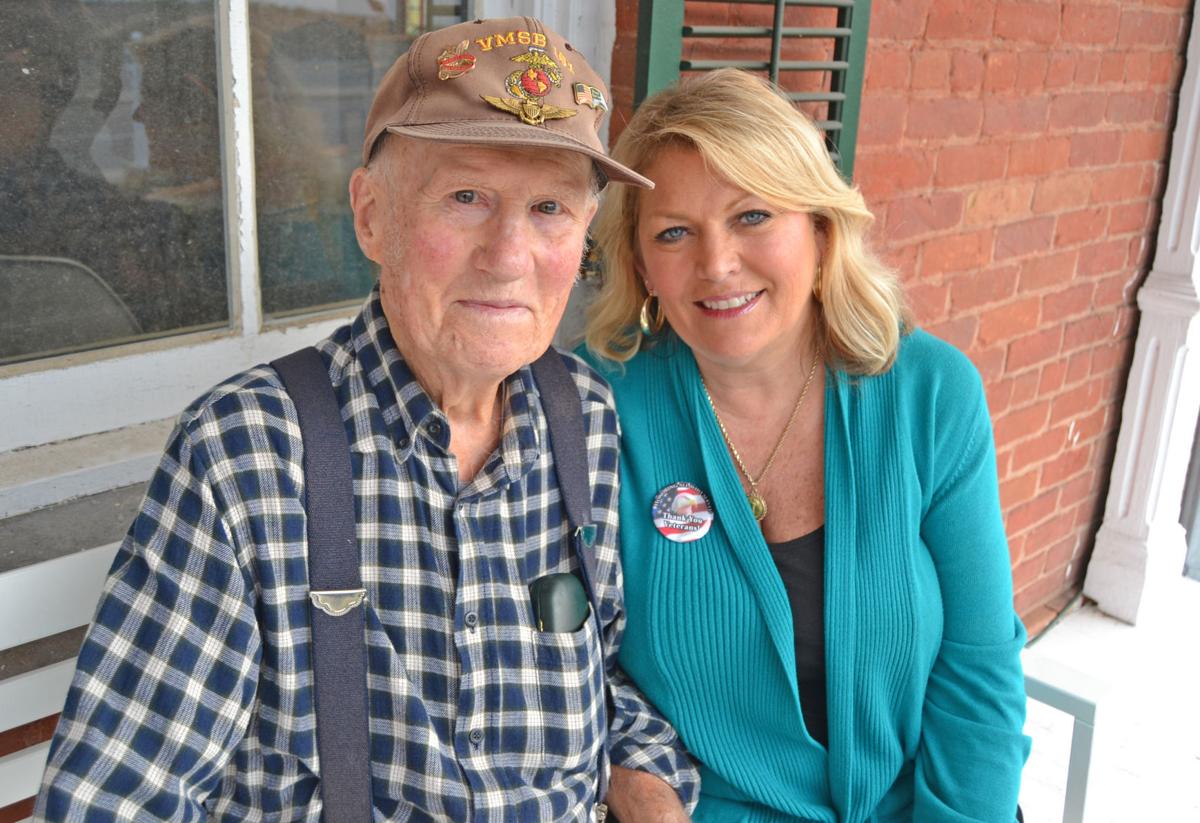 Lloyd Flynn of Edina and Sue Rucker of Eden Prairie pose for a photo in front of Rustica Eden Prairie. The coffee shop is a frequent hangout spot for Flynn. 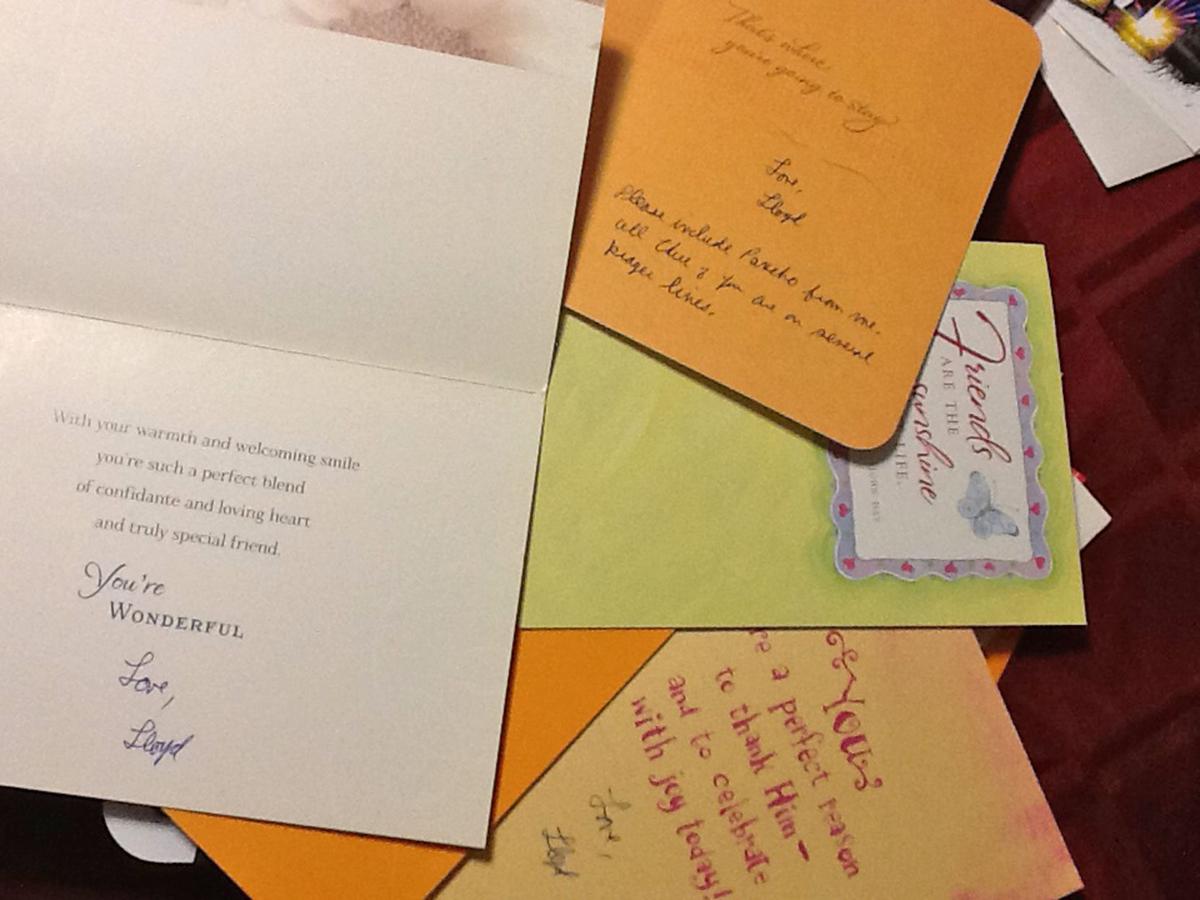 Sue Rucker of Eden Prairie estimates that she and Lloyd Flynn, an Edina resident and World War II veteran, have sent each other nearly 300 cards since 2010. They send each other a card once a week. 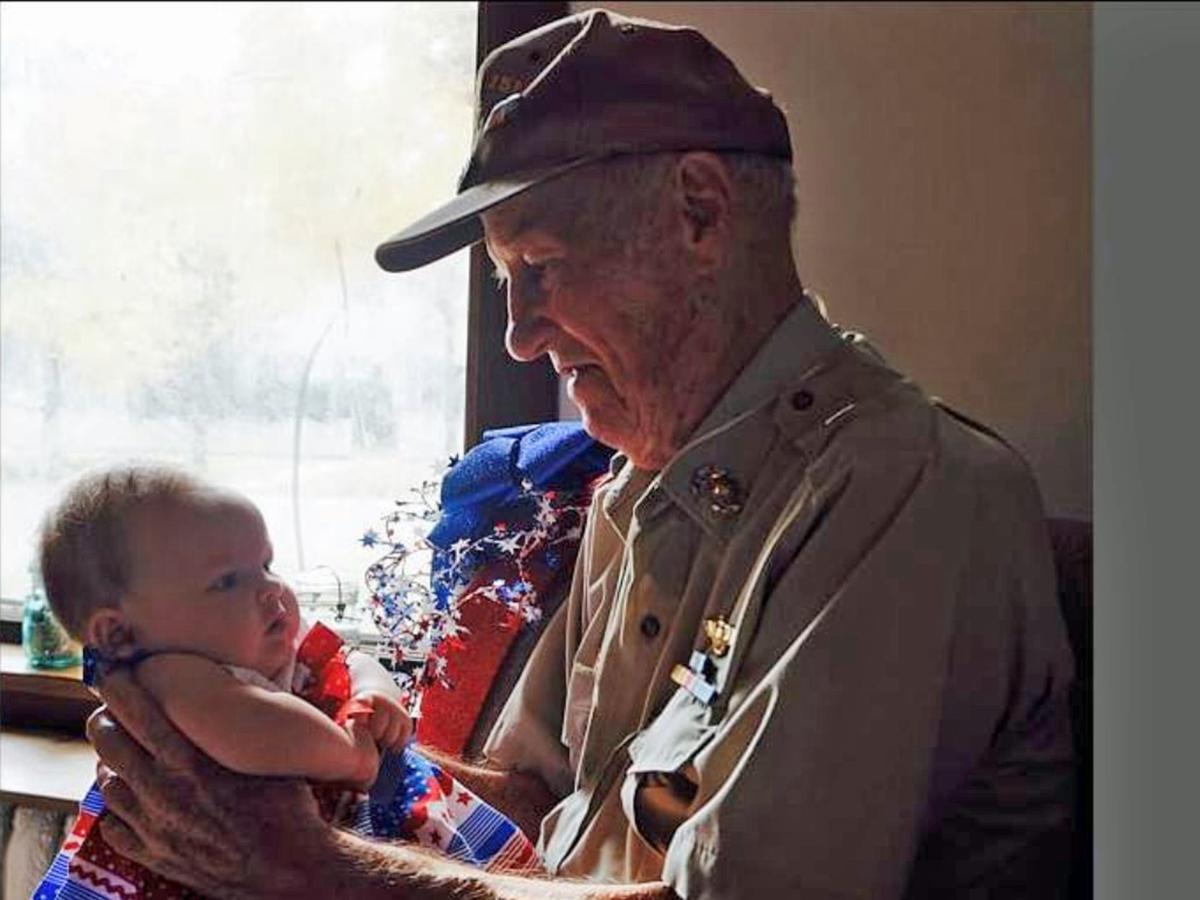 Lloyd Flynn of Edina and Sue Rucker of Eden Prairie pose for a photo in front of Rustica Eden Prairie. The coffee shop is a frequent hangout spot for Flynn.

Sue Rucker of Eden Prairie estimates that she and Lloyd Flynn, an Edina resident and World War II veteran, have sent each other nearly 300 cards since 2010. They send each other a card once a week.

They consider each other family.

Rucker, an Eden Prairie resident for 12 years and a licensed practical nurse, has four children and five grandchildren. She first met Flynn, an Edina resident, in 2009 when she was caring for his late wife, Betty, at Freedom Pointe in Minnetonka. She noticed Flynn’s devotion to visiting his wife nearly every day and they got to know each other.

“He just quit riding his bike a year ago. He used to ride his bike sometimes up to 16 miles every day,” Rucker sai d of Flynn’s active life.

Flynn grew up in south Minneapolis, graduating from St. Thomas Military Academy in 1940. He enlisted in Naval flight training in 1942 and joined the Marines in 1943. He served on active duty with the Marines from 1942 to 1946 and served in the Marine Reserves from 1948 to 1950.

He was deployed to the Marshall Islands as a Scout Bomber pilot during World War II. He flew anti-submarine missions and even delivered secret plans for the invasion of the Mariana Islands. He was awarded the World War II Victory Medal; Air Medal, Asiatic Pacific Campaign Medal and American Defense Medal, according to biographical information provided by Flynn’s family.

Flynn studied mortuary science at the University of Minnesota after the war. He worked at his family’s funeral home in south Minneapolis for 30 years until it closed around 1977. He then worked at the Lakewood Cemetery in Minneapolis for 15 years before he retired. Flynn is the father of six children and has six grandsons.

The “clincher” for their friendship, according to Rucker, was a birthday party she threw for his 87th birthday in September of 2009. She baked a huge cake and included all the workers and residents in the affair.

“He was just really touched by that,” she recalled. “We were so blessed by him.”

His family invited her to holidays and other family gatherings. She’s had Flynn over for Thanksgiving. They have also attended annual Fourth of July dinners, meetings every Wednesday for the 8th Air Force Historical Society of Minnesota and other events together throughout the years.

After Rucker left Freedom Pointe to go into private care, she and Flynn began a tradition in the fall of 2010 of sending each other a card with a short message once a week.

Neither of them can recall who sent the first card.

“It’s hard to say because I probably send at least 30 cards a month to people — friends and family just to say hi,” Rucker said.

Since then, they estimate they have sent and received nearly 300 cards. They haven’t yet missed a week.

Flynn also had made other friends in Eden Prairie during his trips to Rustica Eden Prairie. For nearly two years, he’s come to the coffee shop to order a black coffee and chat with the baristas and other customers in the coffee shop. Flynn said he started coming after one of his sons recommended it.

“He does things to brighten people’s lives and coming here for coffee, he’s like their grandpa,” Rucker added.

Rucker said some of the patients she’s cared for in recent years have been veterans of World War II and Vietnam. As she’s gotten to learn their stories, her passion for honoring their service has grown.

Her close relationship with Flynn has fueled that fire.

“He just puts such a passion in me for making sure these men get honored and just educating people. I don’t think a lot of our young people recognize the importance of our World War II veterans,” she said.

This week, Rucker organized a program during the Nov. 9 8th Air Force meeting to honor veterans. She and Flynn even took a special trip to St. Peter in October to visit her daughter, son-in-law and her four-month granddaughter, Gabriella, and get a photo for the celebration of Flynn holding Gabriella. Rucker said she wanted the photo to symbolize a bridge between the generations.

The celebration included the presenting of the colors, a live singer and a cake cutting ceremony. She expected more than 100 people to be in attendance at the meeting.

“When you see men who are veterans, please shake their hand, thank them,” Rucker said. “We have our freedom because of (them).”

Flynn said he’s thankful for Veterans Day and other events that remember veterans.

“People come up and say, ‘Thank you for your service.’ It makes me feel good,” he said.