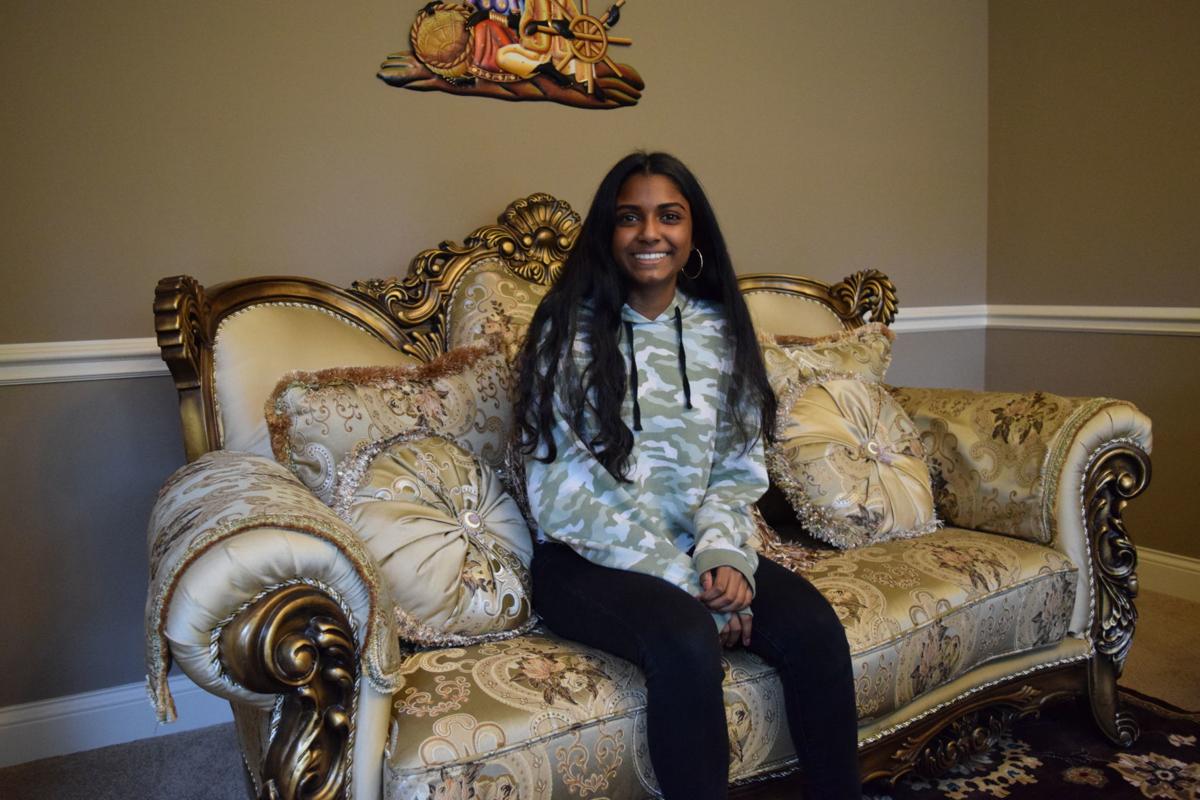 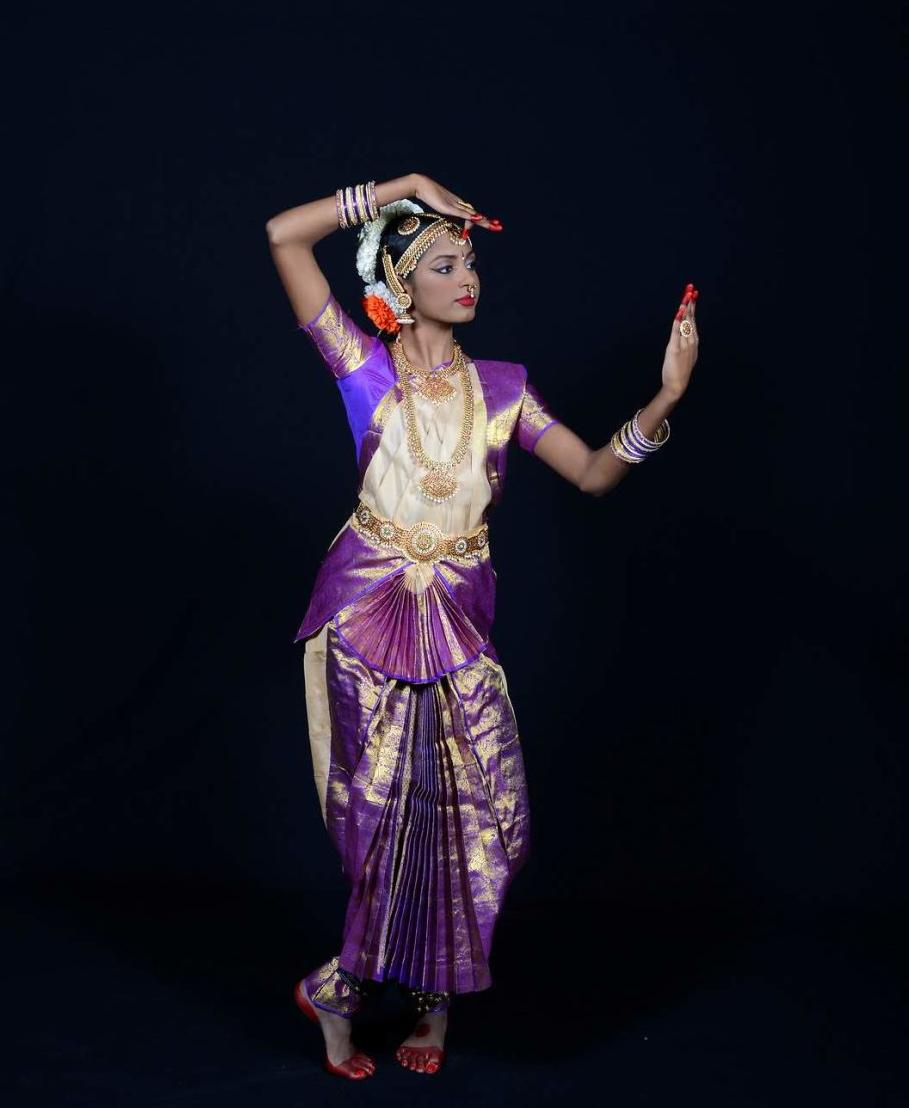 Rathika Murali did two costume changes at her first solo performance, or arangetram, of Bharatanatyam dance on Sept. 14. 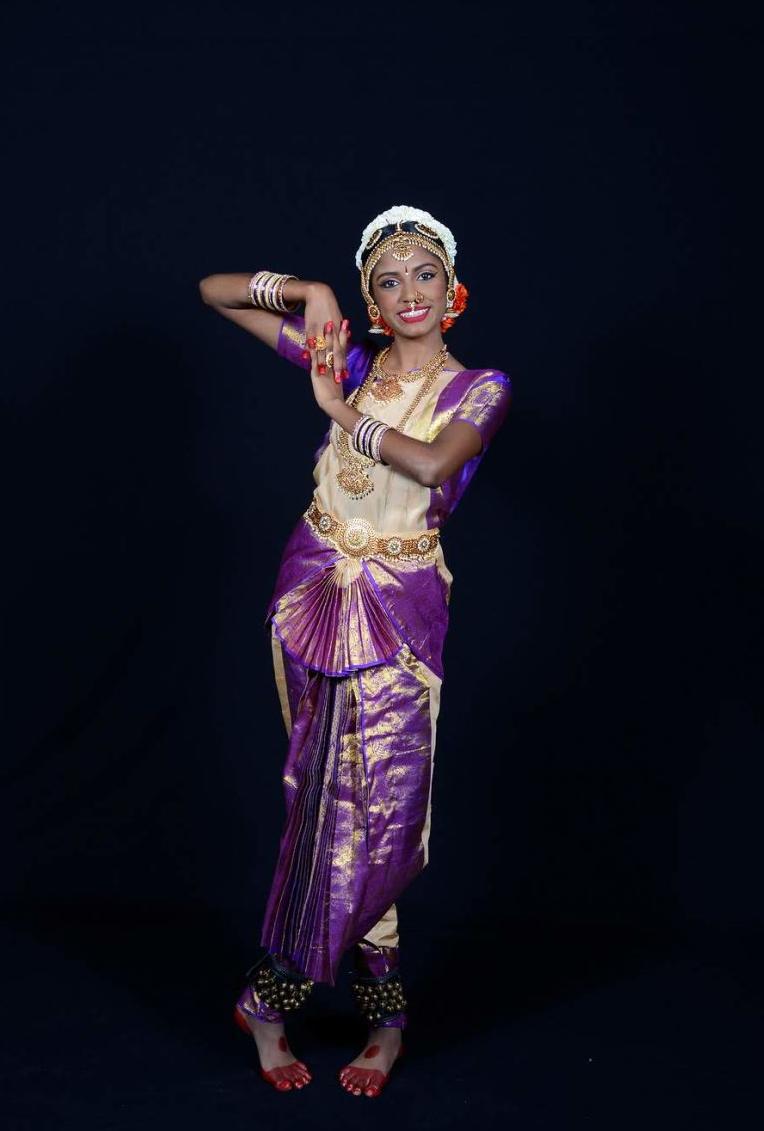 Rathika Murali has studied Bharatanatyam dance, a classical Indian dance style, since she was 5 years old.

Rathika Murali did two costume changes at her first solo performance, or arangetram, of Bharatanatyam dance on Sept. 14.

Rathika Murali has studied Bharatanatyam dance, a classical Indian dance style, since she was 5 years old.

When 14-year-old Bharatanatyam dancer Rathika Murali steps onto the stage this month at the Minnesota Masonic Heritage Center, it will be with the weight of nine years of her hard work, and 2,000 years that have shaped the Indian classical dance tradition.

“I just remember it being so cool,” Rathika recalled.

It takes years for students to master the elegant dances enough for their instructor at the Nrityalaya Dance Academy, Padmaja Dharnipragada, to deem them ready for an arangetram, Rathika said. When she received the green light last February, it was the first thing she told her mom after practice.

“We never thought the day would come,” she said. “This is actually my greatest accomplishment in my life so far.”

In the lead-up to Rathika’s arangetram on Sept. 14, Kabaleeswaran sometimes drove up to 100 miles a day to commute from her job in Minneapolis, to the family’s Eden Prairie home, and then to and from the Nrityalaya Dance Academy at 6885 Washington Ave. S. in Edina. The family has spent nearly six months preparing for the performance, and friends and relatives have traveled from Chicago, Dallas and India to see her dance. It’s a lot of effort, she acknowledged, but it’s worth it to watch her daughter step onstage as a solo dancer.

“It’s her passion, she loves to perform,” Kabaleeswaran said.

While Rathika hasn’t done any theater in other activities, she takes on the role of storyteller as well as dancer during performances. Bharatanatyam tells the stories of Hindu gods, including Ganesha, Krishna and Andal, and dancers share those stories with music, gestures and facial expressions. It’s part of what Rathika enjoys about performing, she said.

“I get to be all of these characters and enact them,” she said.

While Bharatanatyam has taken up a lot of Rathika’s time this year — including a seven-hour photoshoot in June — the extroverted teen makes time for a variety of activities. She plays flute, choreographs dances to Bollywood songs with friends, and is an avid soccer player, which has helped her with dance as well, she said.

“Both of them come hand in hand with stamina,” Rathika explained. While a casual viewer might dismiss the dancers’ athleticism, Rathika and her classmates know better: A solo performer dances for nearly two hours straight, with a few breaks for costume changes and comments by an emcee. The dancers have an ongoing joke that they only really learned how to sweat at rehearsals, Rathika added.

Despite all the hard work and build-up, Rathika is heading into her arangetram with confidence.

“I don’t really get that nervous,” she said. “Dance is a very comfortable house where I can be myself.”

Favorite books: "The Sun is Also a Star" by Nicola Yoon and "Eleanor and Park" by Rainbow Rowell.

With roots stretching back over 2,000 years, Bharatanatyam is one of the oldest forms of Indian classical dance, according to culturalindia.net. Typically, a solo female dancer performs with accompaniment by one or several musicians, although dancers may also perform in groups. An arangetram is the solo debut of a dancer.