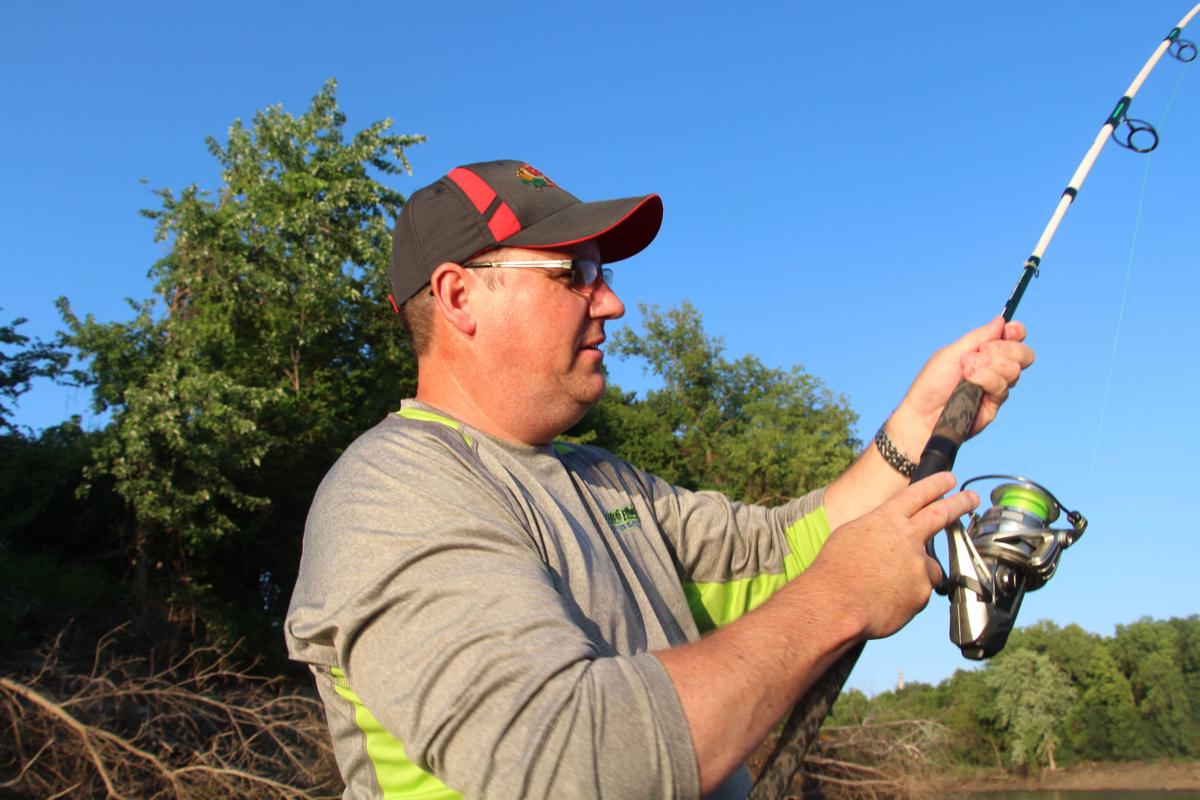 Darren Troseth, of Jordan, holds his fishing rod during an afternoon fishing for catfish on the Minnesota River in early August. 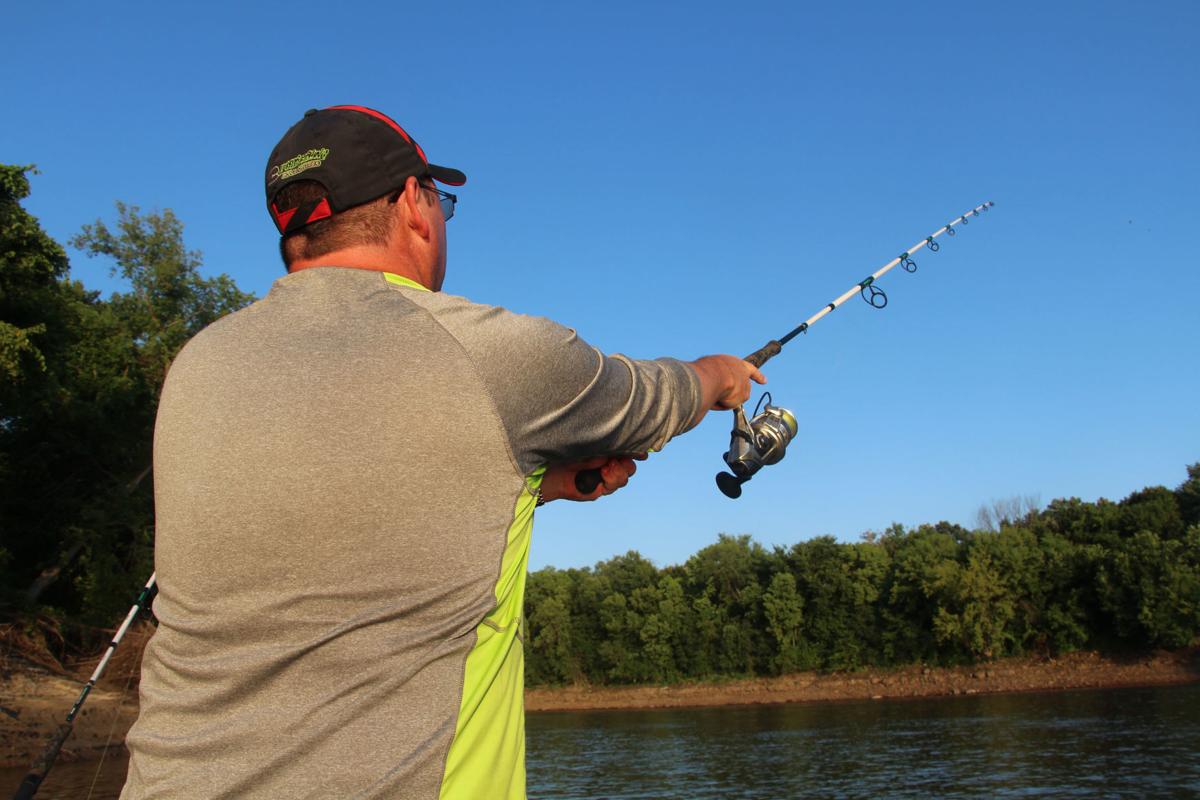 Darren Troseth casts his line into the Minnesota River. 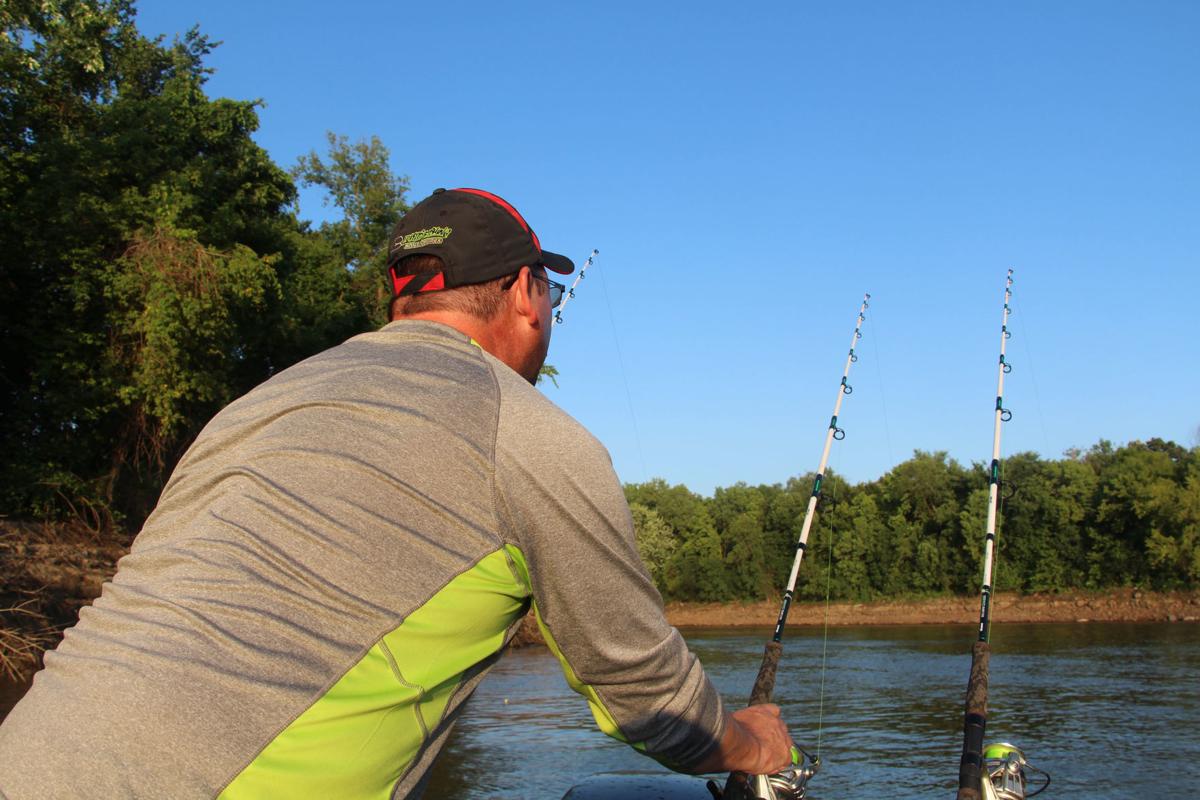 Darren Troseth manages three fishing lines in the water, waiting for a catfish to bite. 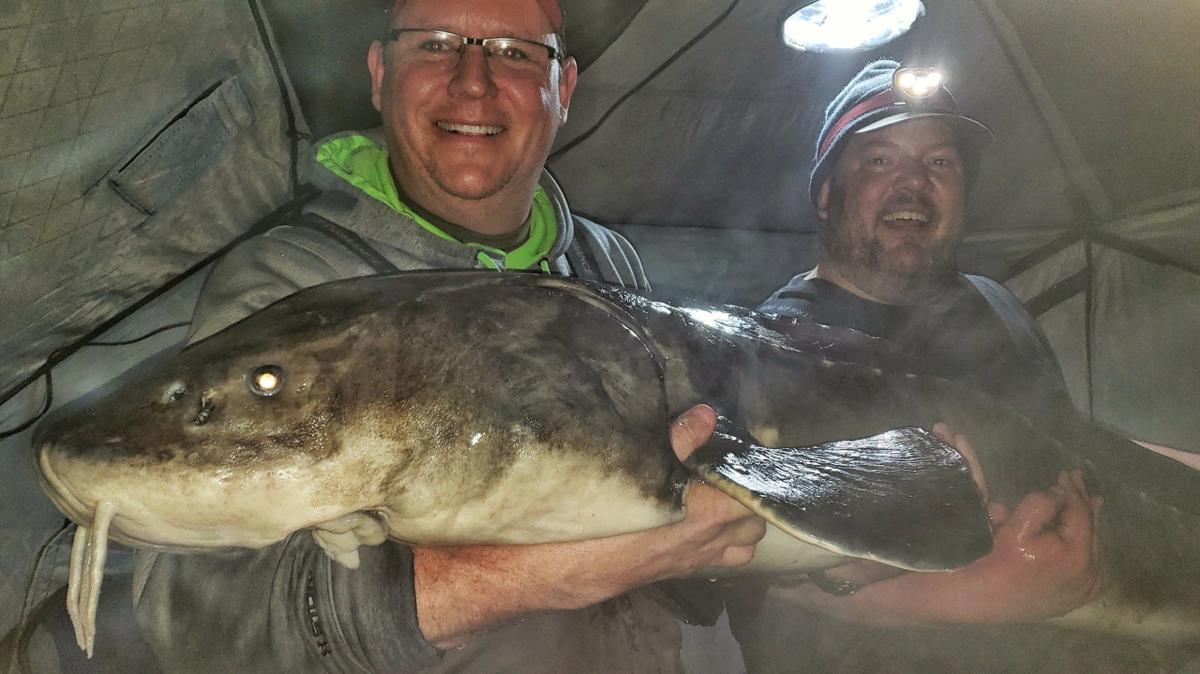 Darren Troseth, of Jordan, holds his fishing rod during an afternoon fishing for catfish on the Minnesota River in early August.

Darren Troseth casts his line into the Minnesota River.

Darren Troseth manages three fishing lines in the water, waiting for a catfish to bite.

During Memorial Day weekend in 2001, Troseth, of Jordan, did not know what to do. All the fishing he knew up to that point required live bait to catch the elusive aquatic creatures.

A friend then suggested to Troseth to go down to the Minnesota River and try his luck at fishing for catfish, using those neglected dead minnows.

As Troseth cast his line out into the water, he had a 45-pound “cat,” as the fishermen call it, within 15 minutes.

“At that point, I had never seen a fish that big in my life,” Troseth said. The catfish eventually broke his rod and Troseth, up to his thighs in mud, had caught his first of many trophy fish.

“I was hooked after that,” he said.

Growing up at a cabin on Lake Vermillion, Troseth began fishing with his grandfather when he was 5 years old.

“Fishing was in my blood,” he said.

Nowadays, when he isn’t working for the medical device company, Integer, in Chaska, Troseth is running his own fishing business called 3 Rivers Fishing Adventures. In a typical day, Troseth doubles as a quick-change artist, changing outfits after his full-time job and getting clients ready for a fishing excursion on the Minnesota, Mississippi, or St. Croix rivers.

Clients can book night trips starting at 6 p.m. that last until midnight.

With his company being only three years old, Troseth is understanding what it takes to run a side business. “It is working out pretty well,” he said.

When he is not hosting clients on fishing trips up and down the metro’s three large rivers, he is fishing with friends like John Kimble.

These two fishermen met 15 years ago through a Fishing Minnesota gathering, and have spent numerous hours together on their boats.

Kimble and Troseth pack their bags with essentials for a night out on the river. They bring along a camera, beverages, such as Bang — a way for Troseth to maintain energy while pulling an all-nighter — bug spray, cribbage, and a box of biodegradable paintballs for Kimble to shoot onto the eroded banks of the river.

“We enjoy being out here,” Kimble said.

On Troseth’s fishing boat, four rod holders sit on a wood beam at the back of the boat, facing the motor. On this Wednesday night in August, Troseth cast out three lines into the Minnesota River, attempting to reel in either a channel or flathead catfish, both common in the river.

“Now it’s a waiting game,” he said, after setting up the three rods.

He and Kimble are anticipating anywhere from an average 10-pound cat, to a massive 60-pound fish.

“People think you come out here and catch monsters all the time … it is kind of a myth,” Troseth said. “You work for them.”

As their patience matured, one boat zoomed passed their anchored fishing boat, reminding the fishermen of their secret.

The silence broke when Kimble noticed a rod getting tapped by a fish, meaning a fish is starting to bite the bait. “Outside rod, right side,” Kimble noted.

“You have got to keep it (the line) tight and keep reeling,” Troseth said.

The fish, not one of Troseth’s biggest, provided the fisherman with an arm workout, but nothing compared to monsters Troseth has caught in the past.

At 11 p.m. June 10, 2018, a weeknight, on the Minnesota River upstream from Jordan, Troseth remembers using bullheads as bait and feeling a big pull in his line.

It turns out the 57-pound catfish would, to this day, still be his largest cat catch.

But, for Troseth, the pinnacle of his fishing career would be more than double the weight of his prized catfish. He and Kimble were out on the St. Croix River on Feb. 9 of this year and caught a state-record 120-pound sturgeon.

“It was unbelievable,” Kimble said.

For anglers like Kimble and Troseth, the water is their sanctuary. A place where all noise quiets and their stress goes away.

“I want it (fishing) to be where I go to get away from everything else,” Kimble said.

Troseth takes a moment to breathe deeply after catching three catfish within 15 minutes. He remembers that on the opposite bank of where he is on the Minnesota River was where he fished for cat with dead minnows 18 years ago.

Now, with more trophy fish than he could have imagined back in 2001, Troseth sits on his captain’s chair and takes in the atmosphere of the river, his sanctuary.

“The reward is this,” he said.

Minnesota has a new state record lake sturgeon so large that anglers had to drill five holes to fit the 6 1/2-foot-long fish through the St. C…