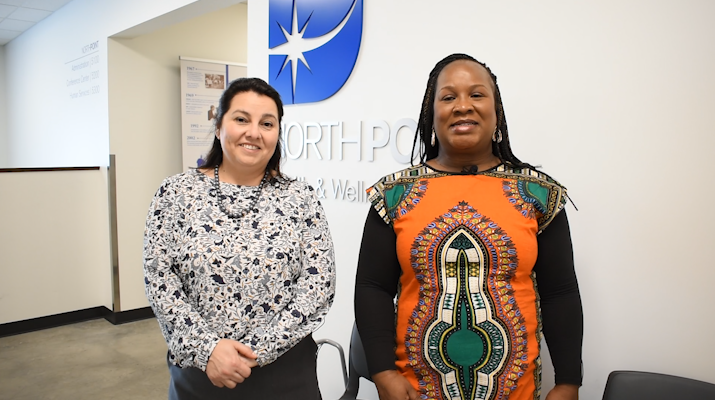 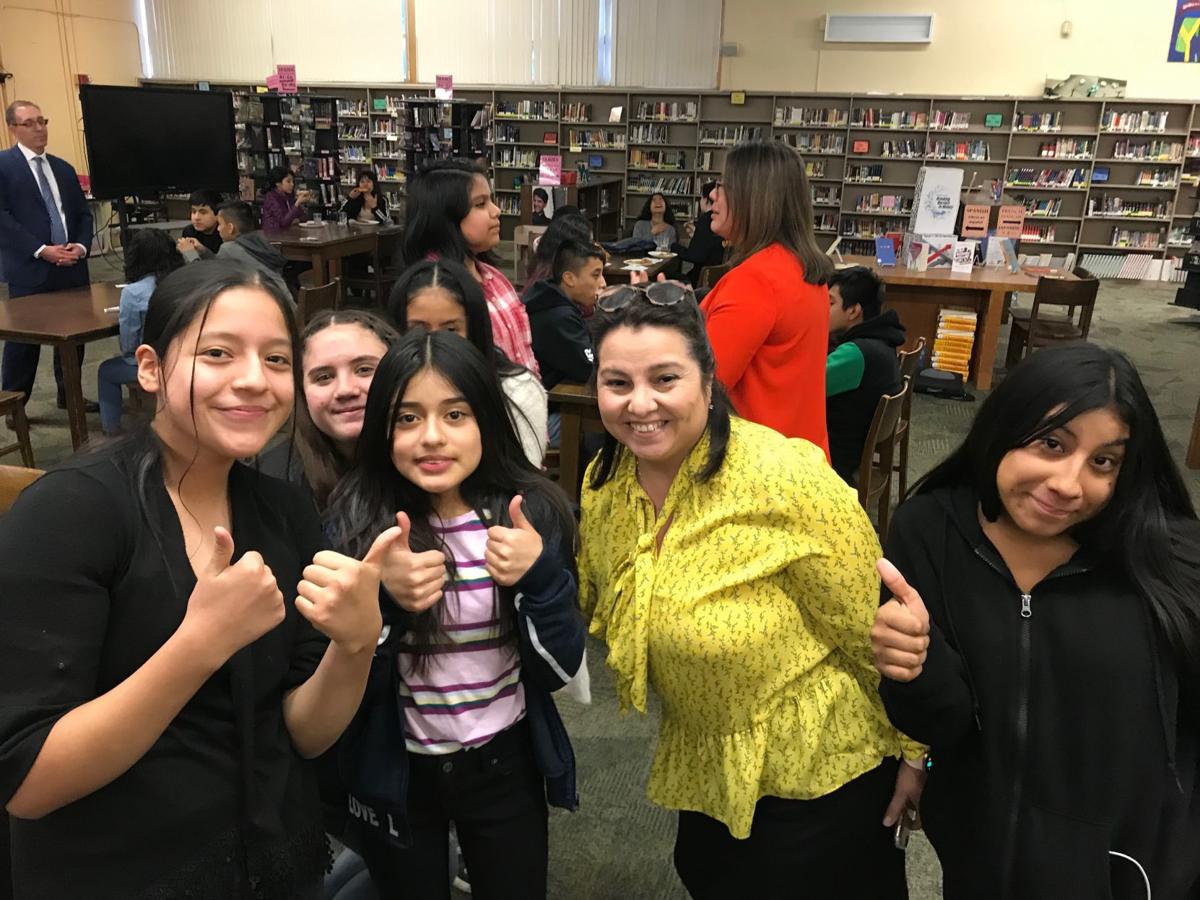 Sandra Filardo, second from right, visited Anwatin Middle School in Minneapolis to speak with its debate team about becoming an attorney as an immigrant.

Sandra Filardo, second from right, visited Anwatin Middle School in Minneapolis to speak with its debate team about becoming an attorney as an immigrant.

It’s strange to be a community engagement professional in a time of social distancing. Just ask Sandra Filardo, whose life − both professional and personal − centers on community.

Filardo, 46, is a Hennepin County assistant attorney who spearheads the office’s community engagement and a board member of the Minnesota Council on Latino Affairs (MCLA), which represents the state’s Latino community at the statewide level.

Filardo learned about the MCLA by chance as she skimmed an email from the governor’s office in 2016. She saw the council was taking applications and put her name in the hat; that same year, she began serving her first term.

“I thought, ‘This was right up my alley,’” Filardo remembered. “My vision was always to help women and children, specifically Latino. That’s always been my calling.”

The MCLA is a nonpartisan advisory body that consults with the governor and legislators. It meets every quarter for three to eight hours at a time, and its members regularly testify to the Minnesota Legislature on bills that directly affect the state’s Latino community. Its top priority at present is getting support and unemployment benefits for people in the service industry who are out of work due to the COVID-19 (coronavirus) pandemic and are also undocumented, Filardo said.

“We have to jump on certain things that are emergency-based,” she explained.

While social distancing practices are in place due to the pandemic, she’s working on long-term projects from home instead of shaking hands in the community.

“Obviously my engagement has been limited,” Filardo laughed.

Filardo took her time transitioning from 20 years as a courtroom lawyer to focusing on community engagement. After she shifted positions, she spent four months meeting “with everybody I could possibly imagine” in the community in order to establish a foothold in her work. That Hennepin County Attorney Mike Freeman let her take that time was a “gift,” she said.

“All of us lawyers are very good at doing things very fast,” Filardo noted, but “building relationships is all about stopping and taking some time to learn.”

It’s easy to talk about community engagement − which is “very hot right now” − and not put the necessary effort in to make it work, Filardo said. She decided immediately she wouldn’t be that kind of person.

“I’m kind of a doer, I’m not going to sit and check that box,” Filardo said. “We’re not trying, we’re literally doing it.”

That’s meant a lot of listening. At first, Filardo was concerned that community members would direct their frustration at her, but her fear was unfounded. When she showed up ready to listen to people’s needs rather than hand down edicts from distant governing bodies, she found a kind and patient audience.

“The community doesn’t need our input so much as we need theirs,” she noted.

Twenty years in the workforce has also taught Filardo humility, which has helped her segue into community engagement. Early in her career, “I really wanted to save somebody’s life and tell them what to do with it,” she recalled. Now, her perspective is more measured.

“Everybody’s made stupid decisions and a lot of us, we’re lucky nothing happened,” Filardo joked.

Even outside the office, Filardo immerses herself in her community. She’s an active member of St. Andrew Lutheran Church in Eden Prairie, talks to high school students about her career in law and loves mentoring people − particularly women of color − in her professional network. As someone who’d never met an attorney before going to law school, it’s rewarding to guide young people in a way that she wasn’t able to experience, Filardo said.

After 20 years in courtrooms, Filardo is happy in community engagement for now; she’s even considering gong back to school for a Master’s degree in community development. What she is certain about is that she wants to stay with Hennepin County for the rest of her career, she said.

The same goes for Eden Prairie. Filardo moved to the community with her family 15 years ago. She was drawn to the city for its schools, particularly Eagle Heights Spanish Immersion, because she wanted her three children to be bilingual in Spanish.

“I didn’t think I could be a bilingual parent, it’s just so difficult,” she explained.

When she’s not knitting or fishing at her family’s cabin, Filardo has a broad community and lifelong friends to spend time with in Eden Prairie. She loves her neighbors’ generosity, both in personal relationships and when it comes to donation and toy drives, of which Filardo has organized several. She sent a casual email to her neighborhood about a toy drive one winter and had 70 donations within the week, she recalled.

“I don’t think a lot of people can say that about their community,” Filardo said.