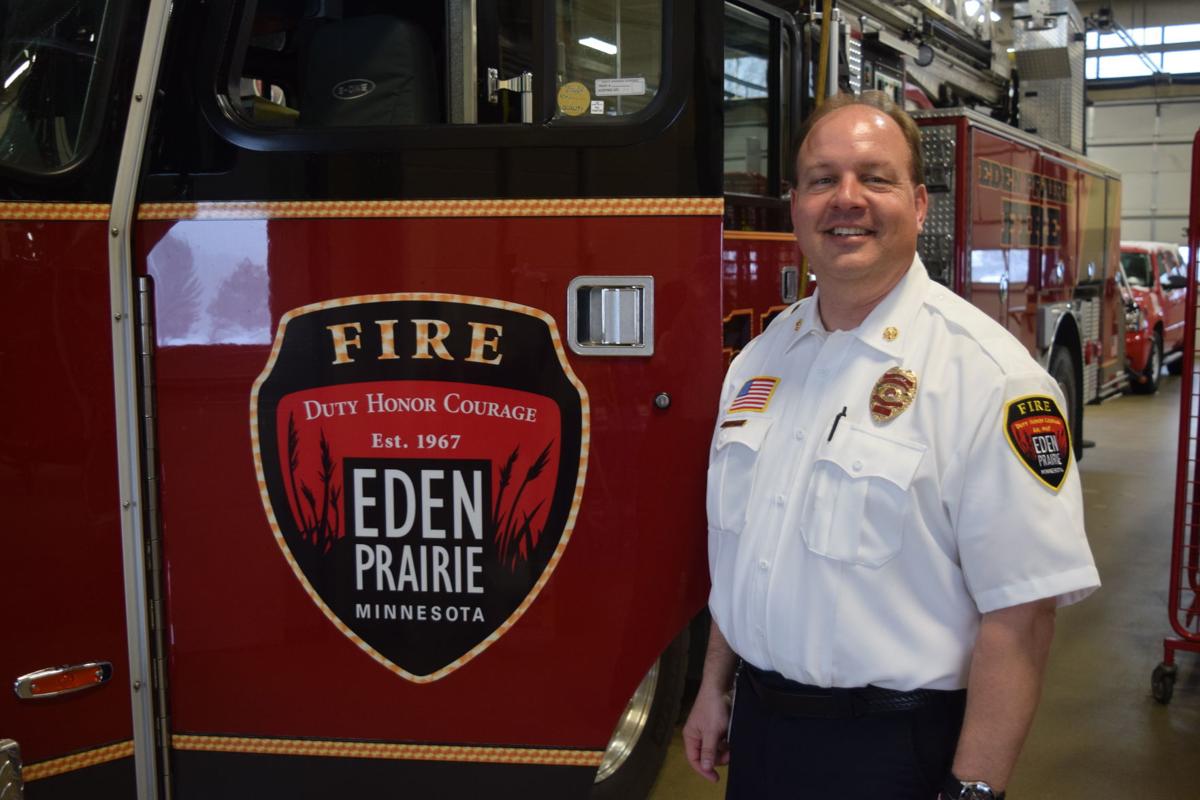 Scott Gerber is Eden Prairie’s director of emergency management as well as the fire chief. He is coordinating the city’s response to the COVID-19 (coronavirus) pandemic. 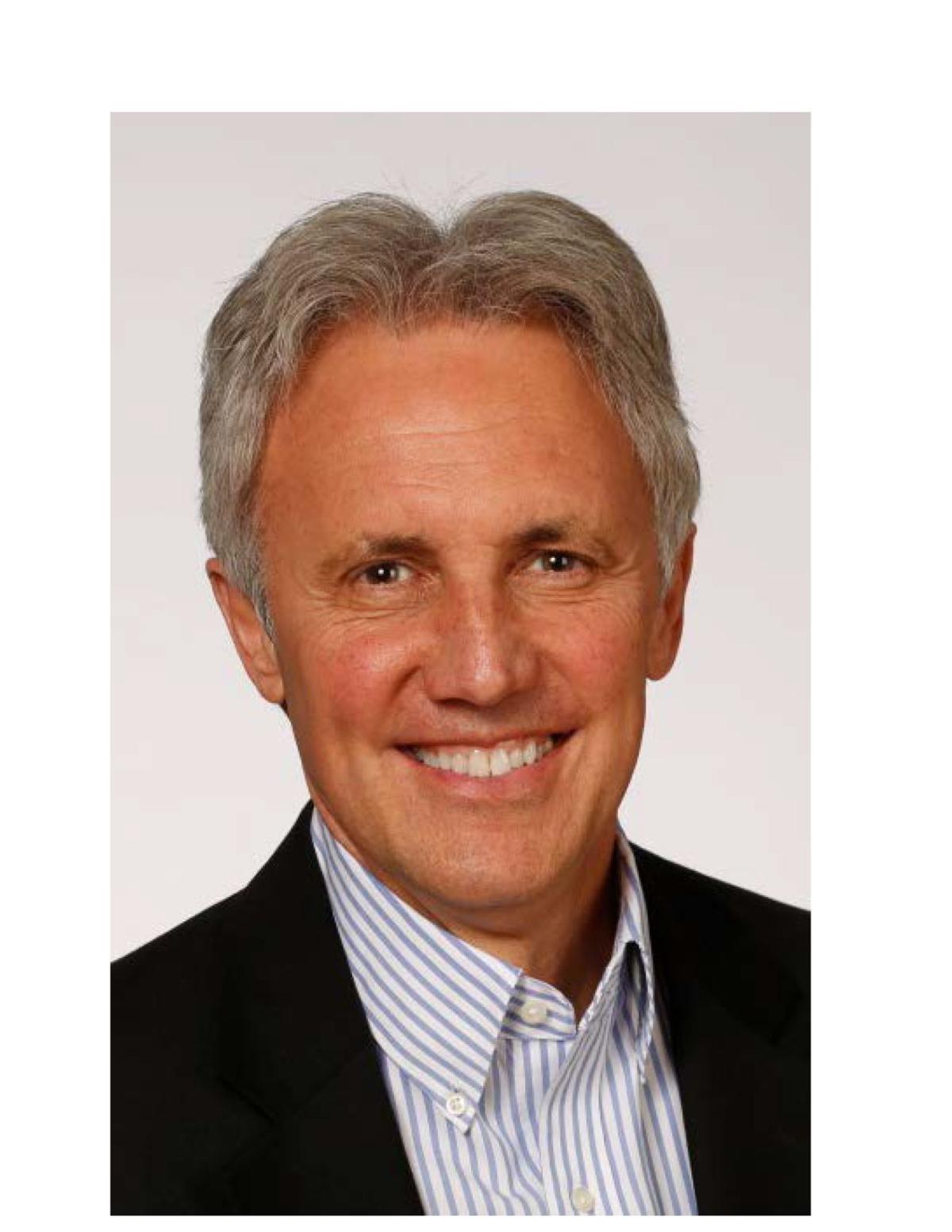 For most of the U.S., the severity of the COVID-19 (coronavirus) pandemic hit home in early March. But Scott Gerber, Eden Prairie’s fire chief and director of emergency management, had been thinking about the virus in serious terms since mid-February and preparing for disasters for much longer.

Eden Prairie’s police officers and firefighters are now putting that training into practice, like using protective goggles, face masks and gloves and sending one person to a routine call instead of two or three. For all city staff, it’s meant that 60-70% of them are working remotely now.

The overall volume of 911 calls has dropped in Eden Prairie since early March, Gerber added, which is a tribute to Eden Prairie residents following social distancing guidelines.

Under ordinary circumstances, Gerber’s role as fire chief takes more of his time than his duties as director of emergency management. But in early March, as coronavirus began to cripple cities like Seattle and New York, Gerber asked his assistant chiefs to take over most of his daily duties and pivoted to focus on Eden Prairie’s response to the pandemic coordinating with the six directors of the city’s departments and several other staff members. He also has daily and weekly conversations with regional and state coordinators, and his email inbox has been inundated with up to 255 emails at once, all relating to the rapidly-changing guidelines and declarations related to COVID-19.

The nationwide shortage of face masks and gloves hasn’t hit Eden Prairie yet, but Gerber’s keeping an eye on it. Officers can reuse a face mask if they respond to a call and don’t interact with anybody − knocking on a door and no one answers, for example − and plastic goggles are easily sanitized and reused. The department should be set for the next two to three weeks, but Gerber is planning for a longer response than that.

“We’re being smart, I think, about how we’re using our personal protective equipment,” he noted. “We have supplies, but we don’t have endless supplies.”

One bright spot has been the tight coordination between Eden Prairie’s neighbors as Bloomington, Edina, and other nearby cities grapple with similar problems.

“What I feel really strong about and super appreciative of the area where we live, we do have partners who work together really well,” Gerber acknowledged

Most of Gerber’s training around pandemic scenarios were based on the H1N1 flu that circulated in 2009, he said. He’s pulling his knowledge from there, and from universal guidelines that also apply in natural disasters like floods and tornadoes, but “there are certainly new things in the playbook today,” he said.

As the world responds to the coronavirus, Gerber is keeping an eye on the dangers of winter weather and spring flooding. He’s glad that a potential snowstorm on the evening of March 19 ended up falling as rain, but the city’s emergency response teams are still on high alert for flooding from the Minnesota River.

“Right now it all looks good, so that’s a positive for us,” Gerber said.

For Mayor Ron Case, the goal is for all of these preparations to feel like overkill, he said.

“If it ends up looking like we didn’t need to do all this, then we succeeded,” the mayor told the paper in a phone interview.

In all his time on the City Council, Case can’t remember a mayoral declaration of a state of emergency. When he declared one on March 16, his goals were to communicate the gravity of the situation to Eden Prairie’s residents, to stay in line with neighboring mayors, and to become eligible for any Federal Emergency Management Agency funds that might be available as the pandemic rolls onward, he said.

While a mayor should always be ready for a crisis, Case wasn’t expecting COVID-19 to be something he dealt with during his time in office.

“I don’t think anyone from the president on down was anticipating a virus like this across the world,” he said.

The full intensity of the virus response is playing out more so in large cities rather than suburbs like Eden Prairie, Case said, but nowhere is untouched. And while all levels of government are responding to the crisis, it’s municipalities that are closest to the ground in terms of housing and transit issues or struggling food shelves, he added.

“The winds of this drama are swirling around us,” he said.

Still, the city is “incredibly” well positioned for this crisis, Case said. It has a good reserve fund, a well-maintained police and fire force, and city staff who’ve been ready for the pandemic.

On behalf of Eden Prairie’s police force and fire fighters, Gerber expressed gratitude to the city’s residents for following social distancing guidelines and helping each other in safe, responsible ways.

“Those who live here, those who visit here, they have done a great job of being able to take the actions of what the governor has asked,” he said.

Case focused on Eden Prairie’s tight-knit community when considering the few bright sides of the pandemic.

“As large as we’ve gotten, 65,000 people, we still have this small-town feel. That’s the silver lining of crises like this, it brings us all together,” he reflected. “I think this is drawing Americans together maybe in ways that we haven’t seen since we were confronting World War II.”

"If it ends up looking like we didn't need to do all this, then we succeeded."