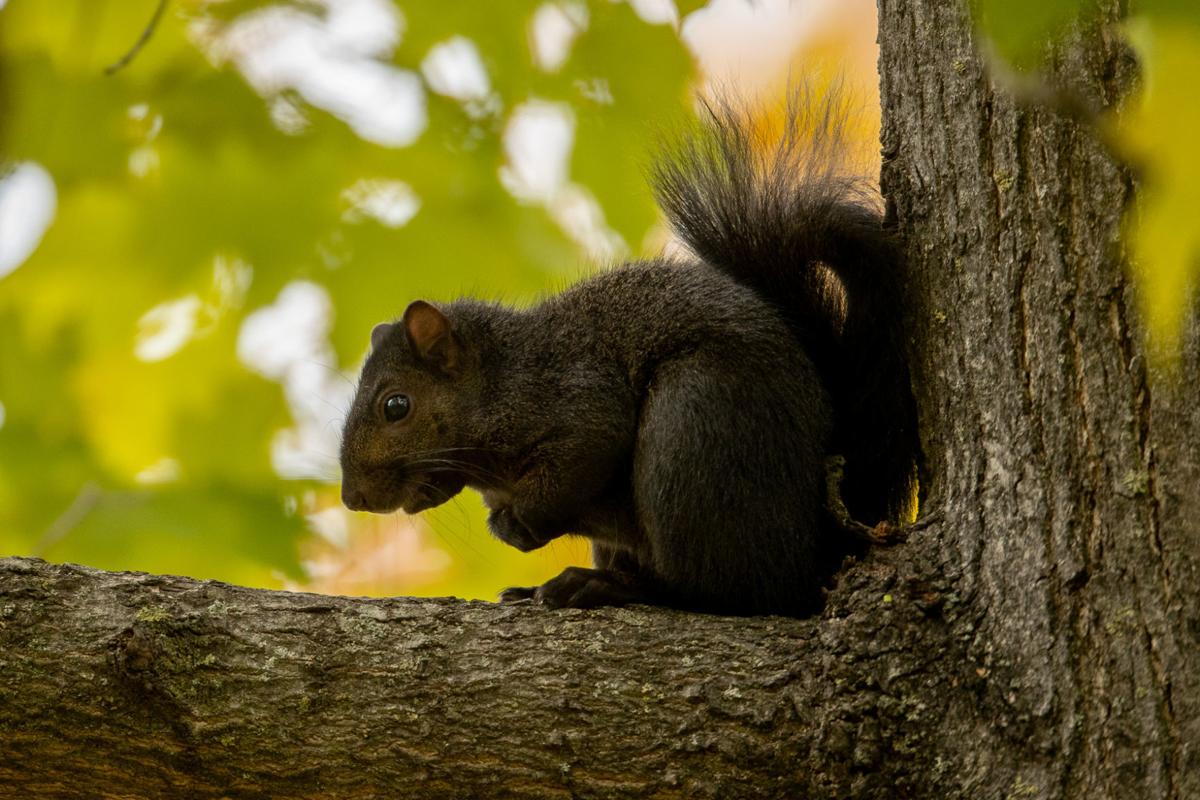 Some eastern gray squirrels, such as this one, have a gene variant that leads to darker, even black fur.

I often enjoy the more common side of nature, the nature in our own backyards or neighborhood park that we see every day — for example, the eastern gray squirrel (Sciurus carolinensis). It’s likely the most common squirrel species in the United States and Canada. No matter if you live in the city, suburbs or out in the boondocks, chances are you have gray squirrels running around.

There are many different kinds of squirrels in North America. We have eight different species of tree squirrel that, as the name implies, live in trees and include the eastern gray squirrel. We have 56 species of ground squirrel that include species such as chipmunks and prairie dogs. And we have three species of flying squirrel. These are nocturnal species that also live in the trees but are obviously different from other squirrels with their ability to glide.

The eastern gray squirrel has a dark side. There are scattered pockets that are not gray at all, but rather totally black. This is a condition called melanism. How dark the squirrel is depends upon how much melanin is present in the hair of the squirrel. Often these squirrels will have a black body and a rusty tail. Some will have patches of white on their bellies or tail. No matter what, these melanistic squirrels really stand out.

To be clear, the melanistic or black squirrels are exactly the same species as the gray squirrels, but the black ones have a variant form of a specific gene that produces more dark pigment. In other words, they have a rogue gene.

But they are still considered unusual or rare. It’s estimated that less than 1% of all the eastern gray squirrels are melanistic or black. That translates to about one in every 10,000 gray squirrels.

However, in some pockets or regions, the black morph squirrel is the dominant squirrel.

The range of the eastern gray squirrel stretches across the eastern half of the country and extends well up into Canada. Typically, the melanistic squirrels are found in northern states and Canada.

Recent research has determined the origin of the black-morph gray squirrels was a close relative, the fox squirrel. Also known as the eastern or Bryant’s fox squirrel, it is the largest species of tree squirrel native to America.

The fox squirrel comes in a wide variety of colors, including black. It is believed that a black-morph fox squirrel bred with an eastern gray and passed along the variant gene that causes the dark fur. From there, natural selection took over and now we see the black-morph gray squirrels all over the northern states.

Stan Tekiela is an author, naturalist and wildlife photographer who travels the U.S. to study and photograph wildlife. He can be followed on Facebook and Twitter and can be reached at naturesmart.com.