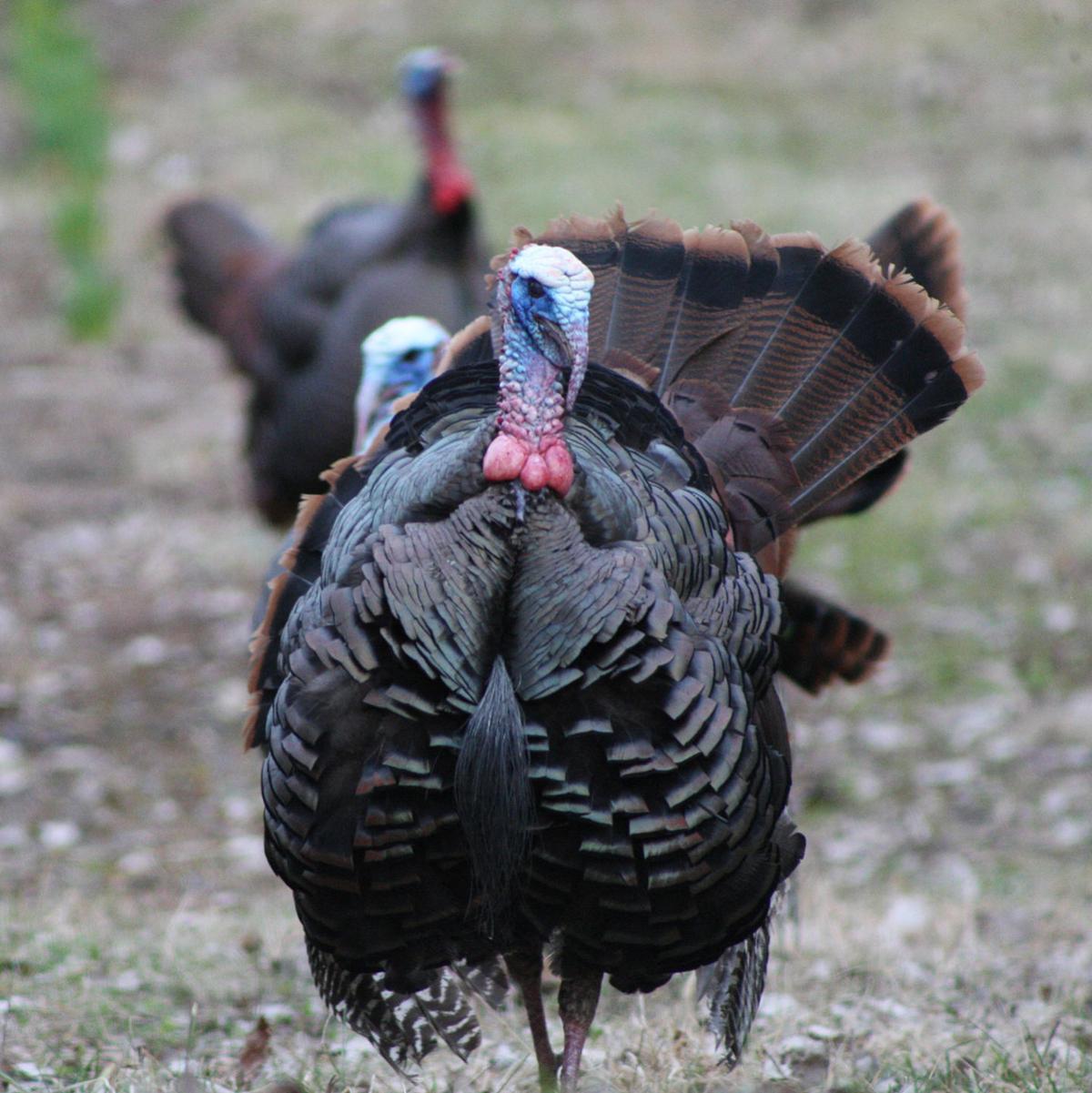 Strutting turkeys can sometimes be oblivious to their surroundings. These guys walked right by a parked car.z 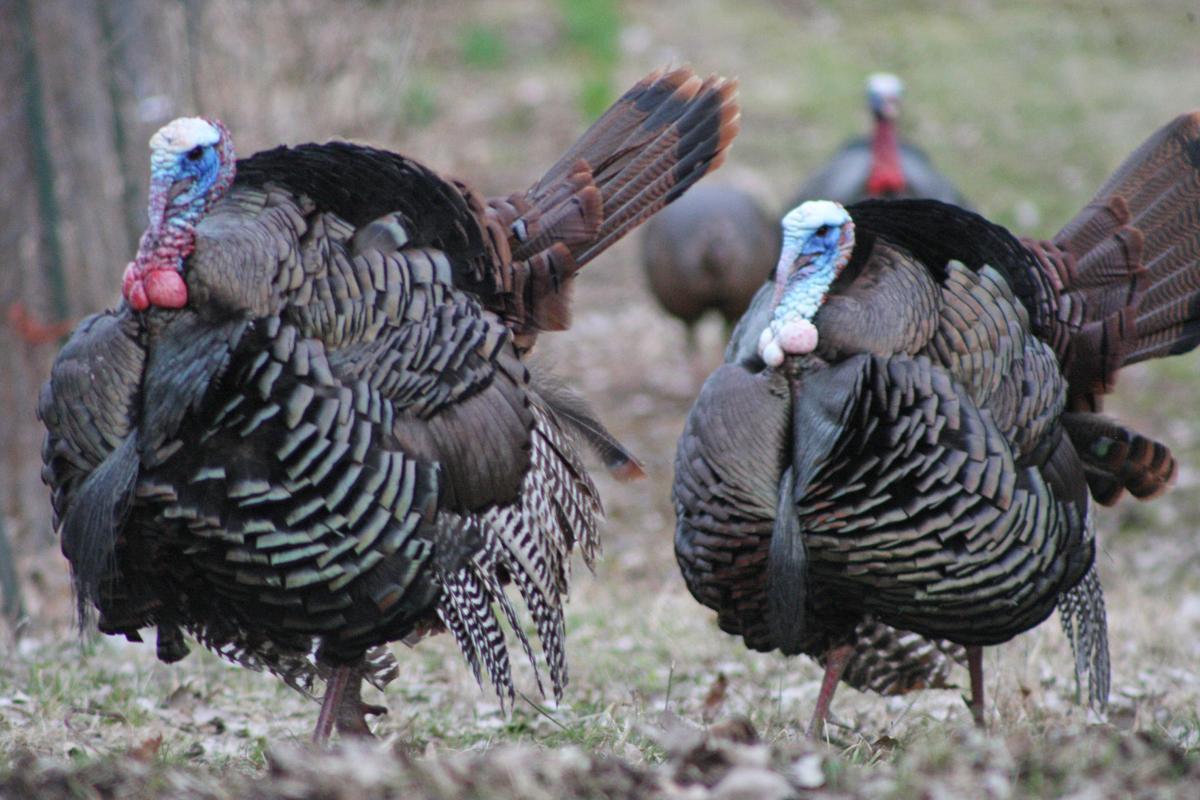 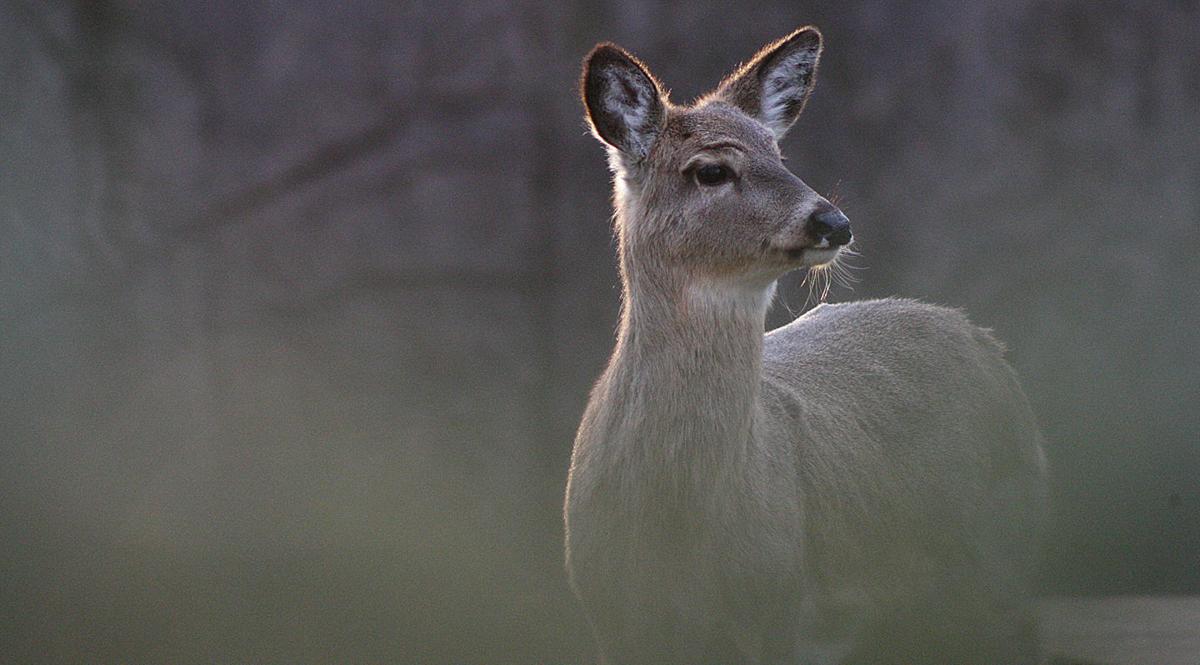 Backlighting not only outlines the body of this doe, but makes for some visible whiskers. 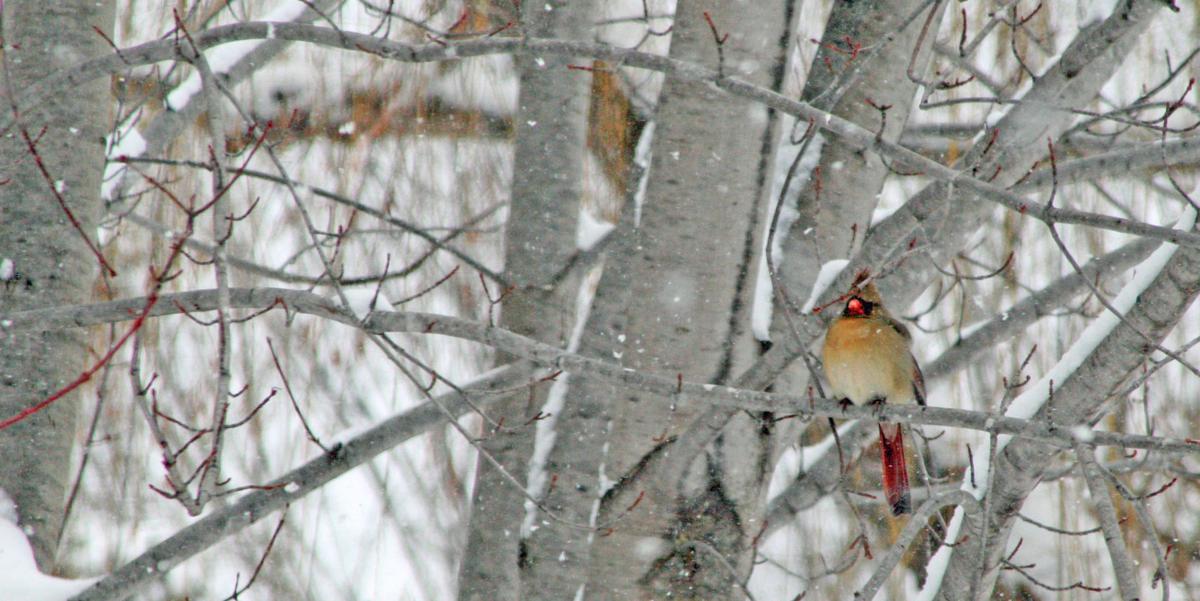 This female cardinal posed for a photo following a spring snow. Reds pop against a light background. 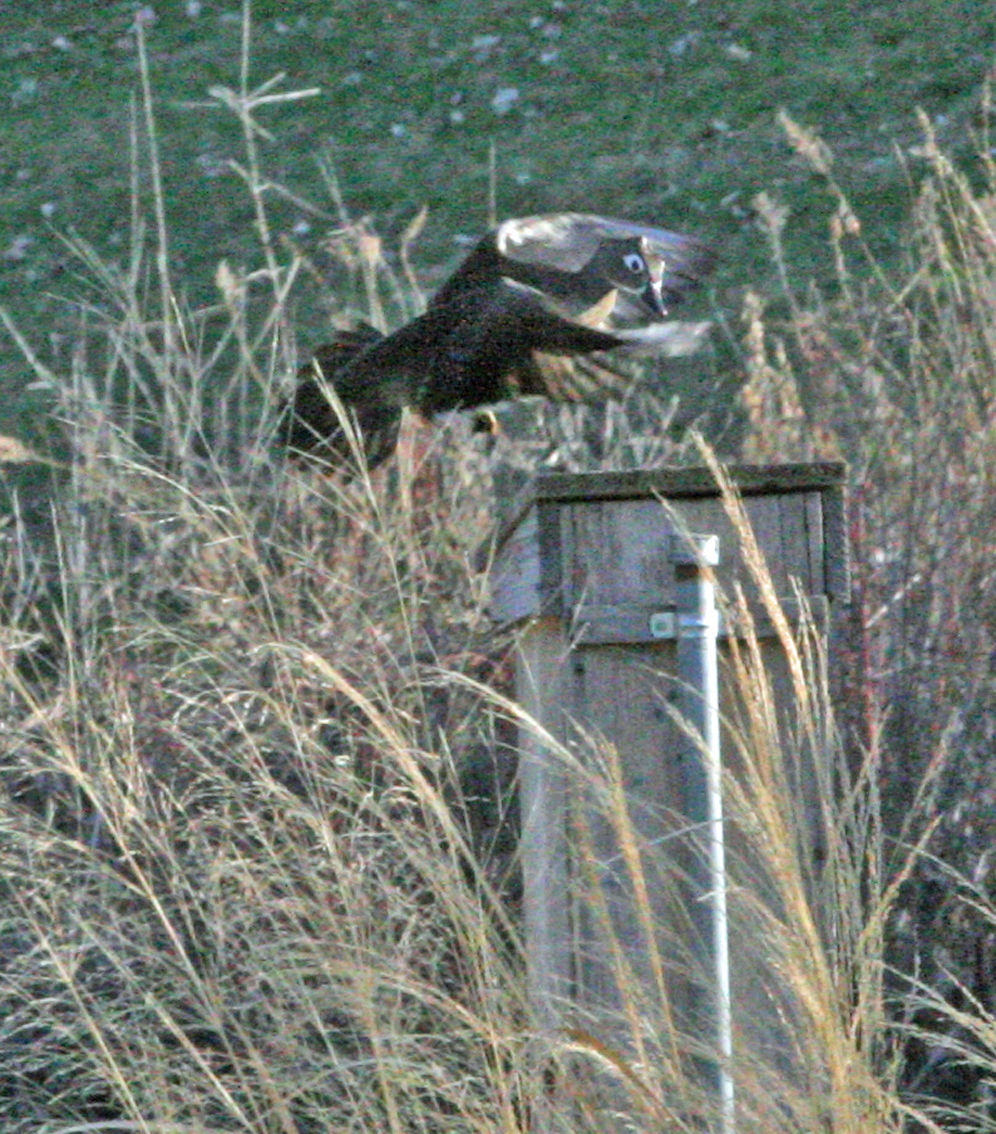 Wood ducks tend to be very skittish. This hen was out house hunting.

Strutting turkeys can sometimes be oblivious to their surroundings. These guys walked right by a parked car.z

Backlighting not only outlines the body of this doe, but makes for some visible whiskers.

This female cardinal posed for a photo following a spring snow. Reds pop against a light background.

Wood ducks tend to be very skittish. This hen was out house hunting.

I'm not a professional wildlife photographer, but I play one at work.

The other day as I left the house, I told my daughter I was going to find a turkey.

I spotted one crossing the road about a 1/2 mile away. I parked and watched 15-20 turkeys walk right at me. At least five were in full strut. I clicked away without leaving the seat of my car.

A week earlier, I had spotted a group of deer out the window as we were about to sit down to eat. I grabbed my camera and walked to the back yard. Guess what? Urban deer aren't nearly as skittish as out-state deer. Two deer let me walk to within 10 yards.

I've had the same experience while walking my dog. When we see a deer, we stop. The deer looks at us and we look at the deer. More often than not, the deer will then walk toward us. If I have my phone, I’ll snap a few pictures. The deer will only get so close, 10-15 yards maybe, before my dog can’t take it any more. She’ll bark and the deer will retreat waving its white flag.

I find the neighborhood wood ducks way more skittish. I see lots of them but rarely get good photos. When they’re in the pond by my house, they sneak along the wooded shore. I try my best to get a good look, but it seldom works. I’ll move too fast and they’ll move out.

We’ve played this game many times.

Last summer, I noticed a wood duck hen trying to sneak her brood from a wooded out lot to a pond. While I don’t know where she nested, I do know that it wasn’t in the nesting box I had provided.

We arrived at the pond at nearly the same time. I didn’t get the photo I wanted, but I did get a pretty good pic of a duckling skirting across the surface of the water.

At the start of the nesting season, I did get a pretty good picture of a hen wood duck sitting on top of a nesting box. The best photo opportunity, however, occurred when she flew a tight circle in front of the box. I caught her mid-flight looking for a landing.

Big snapping turtles are slow and I see them four to five times a summer.

What I'm trying to say is that there are photo opportunities in our neighborhoods.

You can walk, or drive, in a physical-distance friendly way and see all kinds of neat things.