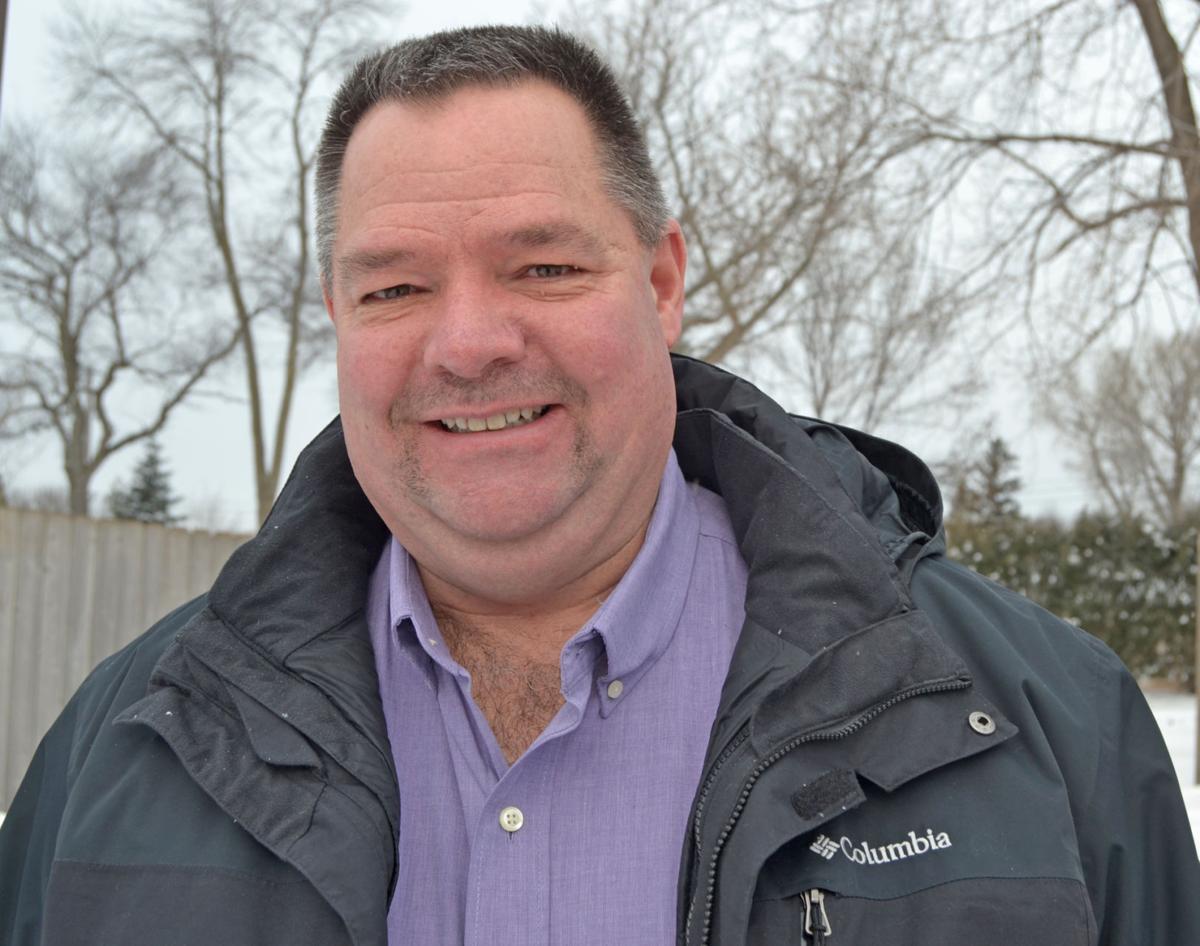 Jim Schlossmacher retired as an officer from the Eden Prairie Police Department on Jan. 28 after 31 years with the department. 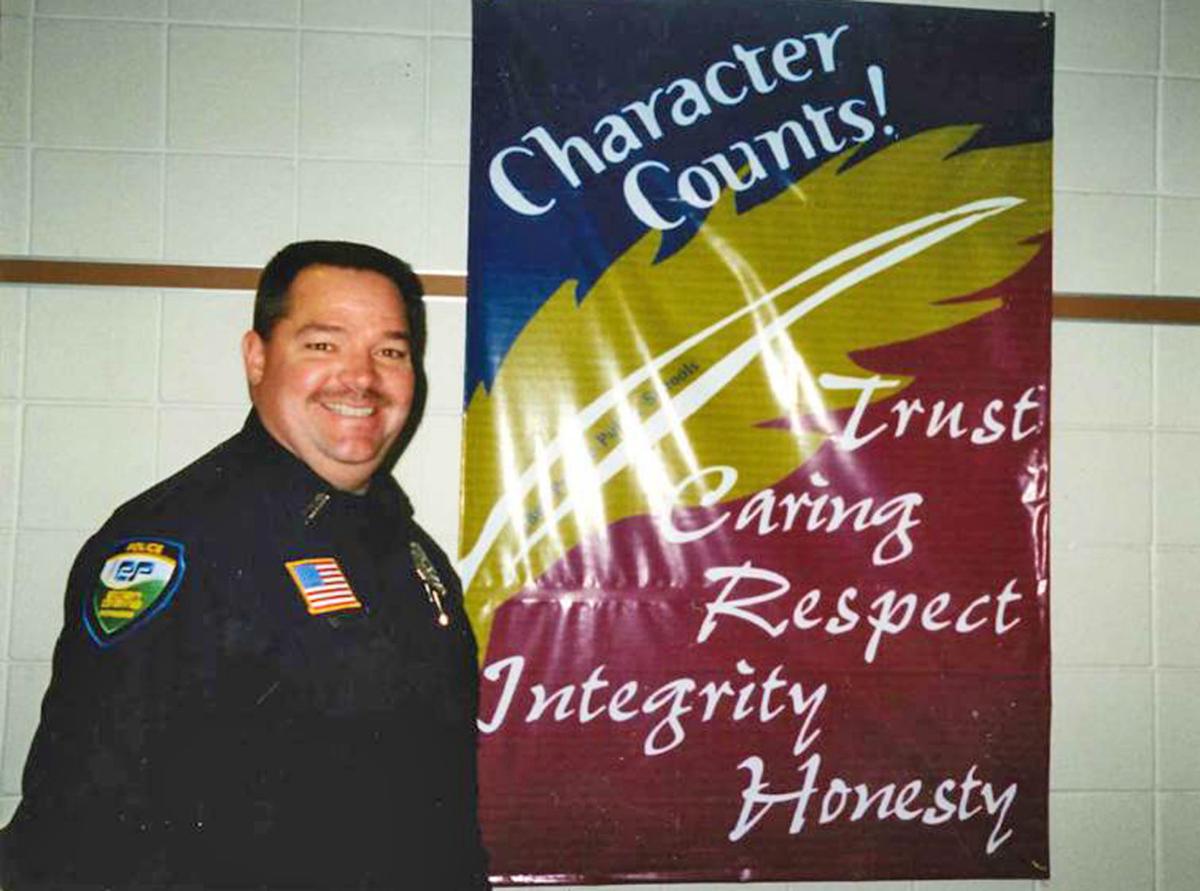 Jim Schlossmacher is pictured while working as an Eden Prairie Police officer.

Jim Schlossmacher retired as an officer from the Eden Prairie Police Department on Jan. 28 after 31 years with the department.

Jim Schlossmacher is pictured while working as an Eden Prairie Police officer.

The first call Jim Schlossmacher responded to with the Eden Prairie Police Department was about a horse in a road.

He remembers being in a panic when he got the call because he’d never been around a horse before and wondered what he would do when he arrived. Fortunately, the horse had returned to a field by the time he got there.

“Growing up in St. Paul, I’d never heard of Eden Prairie. So when I applied out here, I didn’t know what I was getting myself into,” Schlossmacher said.

Eden Prairie has seen a lot of changes over the 31 years Schlossmacher has worked with the police department including increased population and development. Over that time, Schlossmacher worked as a SWAT team member, traffic officer, accident re-constructionist and school liaison officer before his retirement on Jan. 28. He was given the department’s Career Achievement Award from Chief Rob Reynolds during his retirement gathering on that day, according to the department’s blog.

He said the award was a surprise to him and he was honored to receive it before his departure. He said he’ll miss the people he worked with and interacting with students in the schools the most.

“It was a great career; a great city to work (in),” Schlossmacher.

Schlossmacher said police officers he knew in high school were a big influence on him. He was always interested in law enforcement and his contact with the officers helped steer him toward that career field.

After graduating from St. Bernard’s Catholic High School in 1979, Schlossmacher attended St. Cloud State University and earned a bachelor of arts degree in criminal justice studies in 1984. Right out of college, he worked as a prison guard at Oak Park Heights Correctional Facility for about eight months before being hired by the Eden Prairie Police. Schlossmacher is married and has three daughters.

Schlossmacher said within a year of working in Eden Prairie, he knew that it was a good department.

“It was a growing department at that time and the city has treated us well with good equipment and great training — better than most cities. I have a lot of friends in law enforcement; I find this has been a blessing to work here,” he said.

“Out of college I wanted to be a state trooper. I was going through their process when I got hired with Eden Prairie. I got my fill of that with the accident work,” he said.

Schlossmacher said this was a difficult job because he investigated several fatal accidents. The hardest part of the process was dealing with the families of the victims and this did wear on him over time.

“My wife was very supportive and I talked a lot with her. Those were the best things I could do to kind of put that stuff aside,” he recalled. “I remember every one and those are things you don’t forget. When I got out of it that was a good time.”

He then became a school liaison officer, which he did for the last 15 years of his career. According to the department, Schlossmacher worked at Cedar Ridge Elementary, Prairie View Elementary, Forest Hills Elementary, Central Middle School, Eagle Heights Spanish Immersion, Oak Point Elementary, Eden Prairie High School and the Early Childhood Center over those years.

“The school staff who have worked with Officer Schlossmacher describe him as thorough, resourceful, easy to work with and a ‘gift’ to the school. While working with students, he presented the image of the police officer as one of a friend. This made him approachable and endeared him to both students and staff,” the department said of Schlossmacher in the blog.

Schlossmacher said he enjoyed working in all of the schools and grade levels but his favorite places to be were at the elementary schools. At the elementary level, he got to spend more time in classrooms for CounterAct, a program presented to Eden Prairie fifth-graders by the department that teaches them how to make good decisions about different topics, and teaching other safety classes for other grades.

He said working as a liaison officer “made you feel like a celebrity,” especially at the elementary level.

“If I was working at the high school and I was having a bad day, I would just pop over to an elementary school and get my share of high-fives and hugs from the kids,” he said.

Schlossmacher said he also spent time investigating child protection cases. and having a rapport with those kids from being in the schools made those cases easier to investigate. He said he got a lot of satisfaction from working those cases because they would get a child out of a bad situation and into a better one.

Schlossmacher said he also worked with juveniles in criminal cases through the department’s juvenile diversion program. The program involves juveniles who have committed non-violent offenses and the victims have to agree to it. The program includes getting the victims, the suspect juvenile, their parents and the officer together to discuss the impact the juvenile’s actions had on the victim and to decide the appropriate consequences for the juvenile.

The juveniles have to pay restitution to the victim and complete some type of community service work. If the juvenile completes the terms of the diversion contract, the case paperwork isn’t sent to the court so it stays off their record.

“I prefer never to charge a juvenile. It’s something on their record. I always kept in mind these are kids and you almost hope they make these mistakes as juveniles rather than as adults,” Schlossmacher said.

Schlossmacher said the biggest adjustment to retirement is having more time to himself because his job involved constant interactions with people.

Now that Schlossmacher is retired, he still plans to stay active around the Eden Prairie area. Last summer he started a lawn service company and plans to serve clients in the area during the summer months.

He said he’s so passionate about lawn care that his neighbors have teased him about his own meticulously cared-for lawn. Mowing the grass has become therapeutic for him, he added.

“Last year I would get off a nine-hour day to go cut lawn. I loved it so I knew I was going in the right direction,” he said.