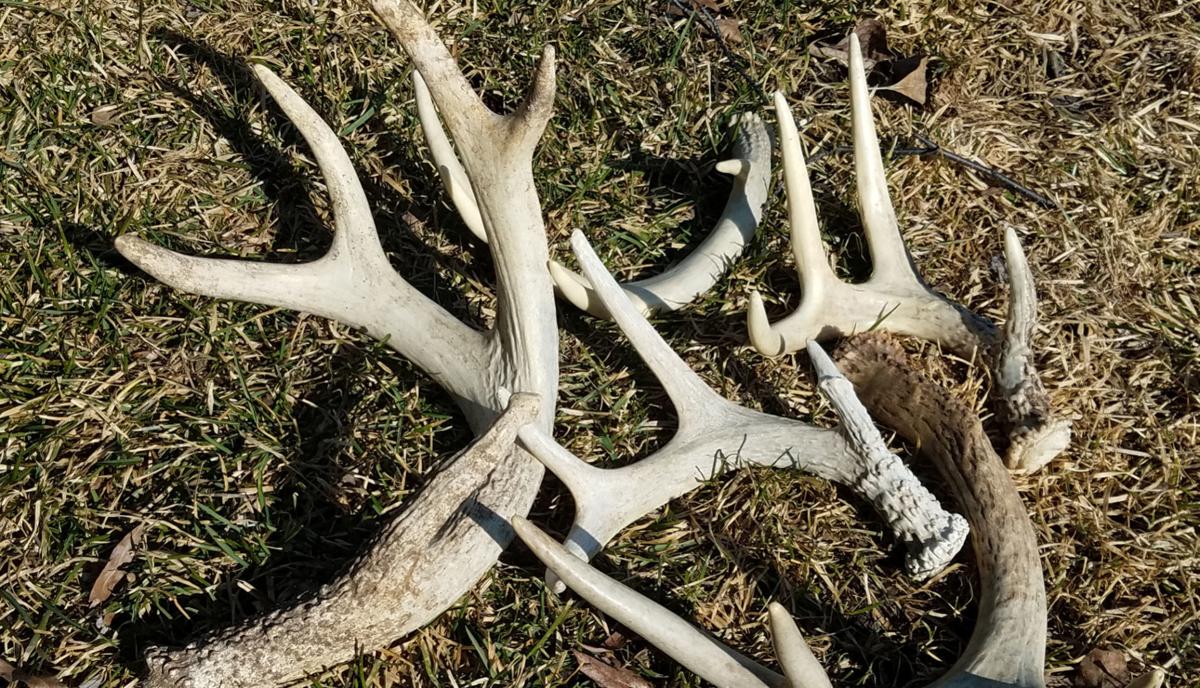 Shed antlers come in all shapes and sizes. While some shed antlers are easy to find, others are nearly impossible. The best time to look is now. 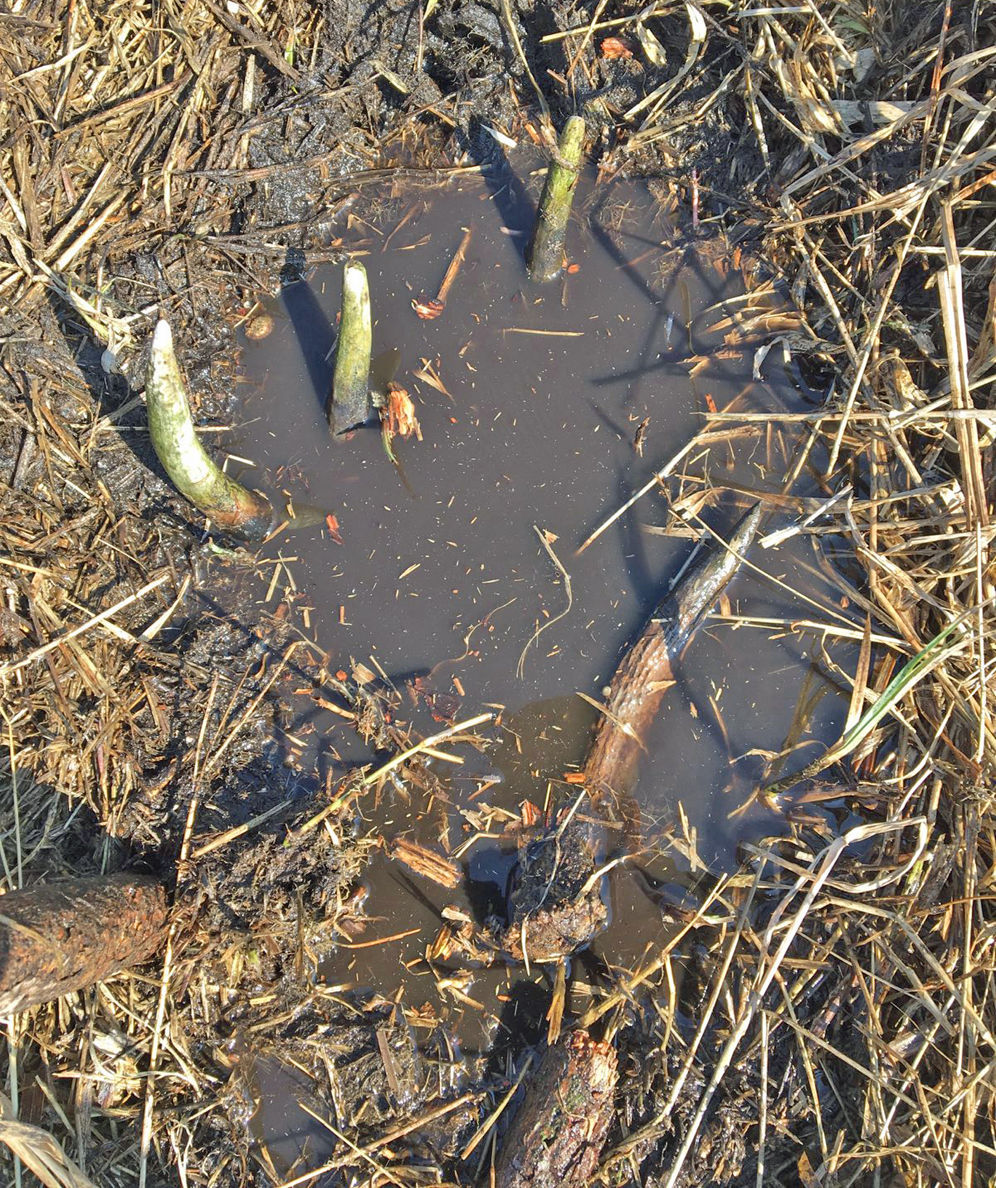 Before and after? Eden Prairie’s Mike Long found this shed antler, left, frozen in the mud. The exposed tips of three tines gave it away. This is the same antler, right, after a little cleaning. 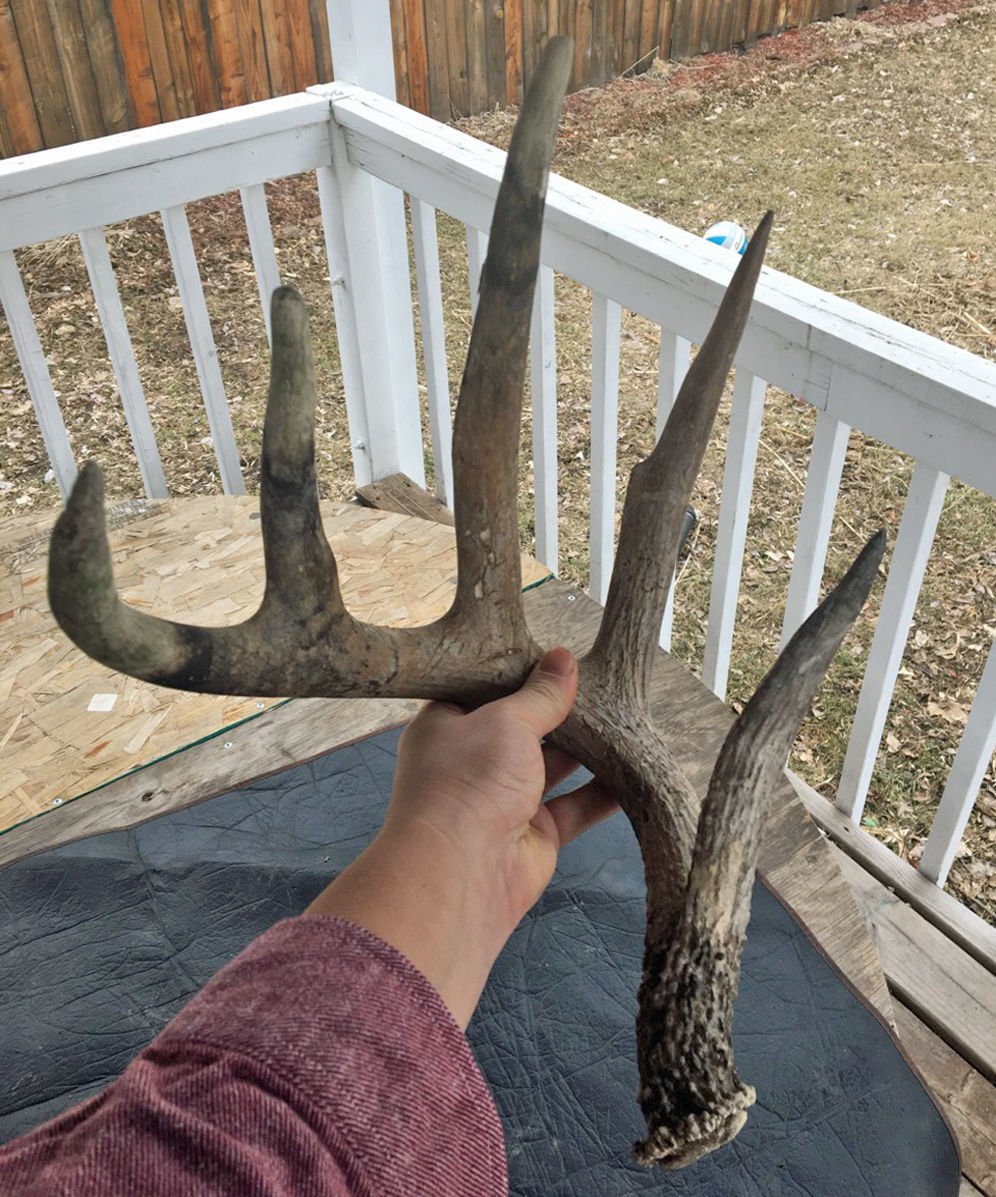 Shed antlers come in all shapes and sizes. While some shed antlers are easy to find, others are nearly impossible. The best time to look is now.

Before and after? Eden Prairie’s Mike Long found this shed antler, left, frozen in the mud. The exposed tips of three tines gave it away. This is the same antler, right, after a little cleaning.

Do you like Easter egg hunts? Lucky at finding four-leaf clovers? Think you can locate a needle in haystack?

If you answered yes to any of those questions, nature has a deal for you.

The deal is social-distancing friendly.

People who know this, and are intrigued by it, look for these antlers when the looking is good, i.e., little snow and flattened vegetation.

His goal was to find the antler from a drop-tined buck (deer antler with a tine (point) turned downward) he had spotted over the winter.

He came away empty-handed.

Correction: He came away with wet feet.

“I started looking for sheds when I was in college,” said Long. “First time out, we found 16.

“It was just something to do,” he added.

While he is years removed from his college days, he still hunts for sheds.

His best find, to date, was the right side of what was likely a 10-pointer. He found the antler frozen in the mud with just the tips of three tines exposed.

“I find more when I'm not looking,” laughed Long.

Long does have a strategy.

“If you're looking in the city, you better get out early,” he said. “Other people are looking too.”

The same goes for squirrels and mice, which eat the calcium- and phosphorus-rich antlers.

“Once,” said Long, “I found two sheds in a half-acre food plot.”

Like Long said before, he finds more when he's not looking.

“I've found a few hunting for morels (mushrooms)," he said.

When a wood carver was asked how he carves a duck, he answered by saying he carves away everything that doesn't look like a duck.

If his A spot is a bedding area, 1A is a food source.

"It's better to have a plan vs. just walking around with your eyes on the ground,” he said.

Grant has bedding areas at the top of his list, and beds under coniferous trees at the tippy top.

“There's not as much snow under pine trees,” he said, “They're out of the wind and probably warmer.”

The real reason he looks for sheds under pine trees?

“I found a shed under one once,” laughed Grant. “I looked and it was lying right there.”

“I play percentages,” he said.

A week ago, he found three sheds.

Last weekend, he found none.

That's the way it goes.

The Grants keep trail cameras on their hunting land.

As such, they keep track of visitors, deer in particular.

Of the three sheds Taylor Grant found a couple weeks ago, two came from deer he had seen before.

“I saw a buck in the field last fall with four points and a fifth point just coming in,” he said, “just like on the shed I found.

“Of the three sheds,” he added, “I feel confident that I have pictures of two of the deer. That might not mean anything but it's fun to keep track.”

“It gets you in the woods,” said the Grant.

The social-distancing friendly part is a bonus.